7 Times My Travel Insurance Saved Me

Making sure you have good travel insurance is SO important. So important. When I worked at gapyear.com we had a few instances of families whose beloved backpacker had gone off to see the world, and decided to save the minimal cost of travel insurance. Then,  something had happened – usually medical – and the families were left with HUGE bills.

You may think, ‘oh it won’t happen to me’, but I’ve had to use my travel insurance 7 times. Pay for good travel insurance before you go on holiday, and yeah, sucks to hand over cash for something you never want to use, but if you do need it, it’s a huge weight of your mind, and bank balance.

According to research by the Post Office 13 million women are travelling solo every year. Some, just because they can, others, to go on a personal adventure, and others, just to try something new.

Their main concerns are cancelled or delayed transport (12%), missed flights (9%), theft of belongings (7%), and lost or delayed luggage (6%). And you know what can make any of those situations a whole lot better?

The top 5 things all solo travellers should take with them

How travel insurance has saved me

The first time I ever used my travel insurance was in Australia. I went travelling for six weeks when I was 21 and ended up at the doctors thanks to my tonsils swelling to tennis balls. I really didn’t want to go, being in that strange and magical country, which given the last ten years of travel, I now realise is very similar to this one but with heat.

I can remember the doctor’s surgery in Sydney still now. First time in a medical centre abroad. Anyway, the point is, I claimed the cost back and it arrived in my bank account right away.

Eugh, why am I targeted eh?

So in the space of about three years, I had three phone stolen. I was at a festival in Bilbao when I took my phone out of my rucksack to take a picture of me and my new friends with the band in the background. Some girls asked if we wanted them to do it. I said, nah, we’re alright. Took the pic, put it back in my bag, and then went to take another one a minute or two later and the phone had gone.

Swear those girls stole it after watching me put it away.

In Romania I was going to the toilet in a shopping centre toilet. I’d just been on a bike ride and was wearing a bumbag so I could access my phone easily. Turns out I hadn’t done it up. I bent down to hover over the disgusting toilet and it fell out of my bag. Quicker than it took me to realise what had happened the lady in the next stall reached under and swiped it off the floor and was outta there.

I didn’t even have time to pull up my trousers to shout after her.

In Lisbon we had arrived back at our hotel and the taxi driver gave us a ridiculous price for the journey. I was angry. It wasn’t an Uber and we obviously hadn’t checked the price beforehand. We had a bit of an argument, I gave him the money, then slammed the door. Not realising I’d left my phone on the seat. Devastated.

He never gave it back.

When I was in Guatemala I started to develop really intense head pains, and delusions. It was weird. I also had a really bad pain in my tooth. I don’t speak any Spanish and so decided to leave and make my way to Belize where I could get some sort of dental help. – Me arriving into Belize. First stop: the dentist.

I booked into what turned out to be the loveliest dentist ever. I mean, what he did was kinda questionable – soldering my gum away from the wisdom tooth that was growing through – but still, it stopped it hurting afterwards. And he was really nice to me when I teared up as he was burning it away.

My travel insurance covered the surgery, and the drugs. So happy. I might’ve been tempted to just live with it for the next four weeks if I didn’t have that reassurance. Definitely wouldn’t have been a good idea.

7. Waterlogged phone in the Philippines 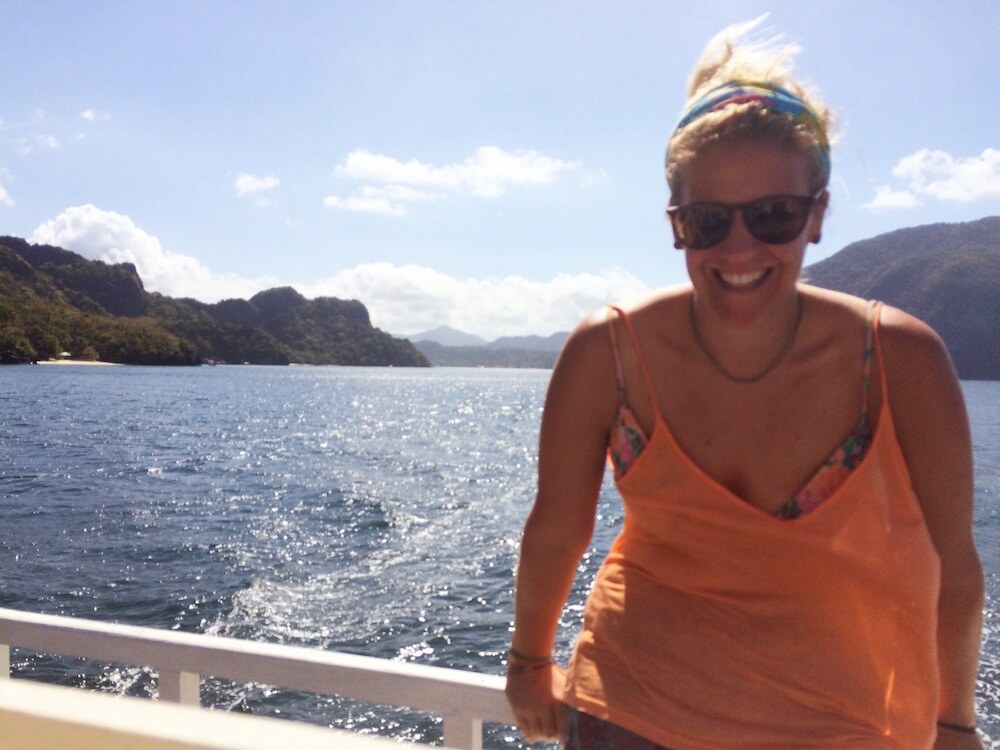 – Definitely wasn’t laughing like that when I realised my phone was ruined.

When I was in the Philippines I did a sailing trip for a week, from El Nido to Coron. Oh it was SO good. Loved it. But anyway, something happened – not actually sure what – but my phone got so wet that the screen was ruined. I couldn’t see to press the buttons and it was basically totally unusable.

In short, get your travel insurance SORTED!

Take a look at the Post Office for some of the best deals and to make sure your travel insurance covers you for all those crazy activities you’re probably going to want to get involved in. Also, me, and a few fellow solo female traveller / blogger buddies have pooled together our top solo travel tips for the Post Office, check them out!

Pin me to keep for later More travel advice for you

Unique Places to Stay in Vietnam
← Previous
11 BIG Reasons to Go on Holiday to Samos
Next →
Click here to cancel reply.

Yay, thanks Hayley! As we know, travel insurance is SO important. Especially for my terrible penchant for losing phones. Thankful it's never been anything more serious!

Babe this was such a good post (I mean not what happened to you - can't believe your phone was stollen 3 times!!!), but that you've raised awareness! I always get travel insurance sorted, it's so important and always puts my mind at ease!

So proud to be a part of this campaign with you girls!

I know I shouldn't laugh but the bit about the lady stealing your phone in the toilet! I can't believe that! All the lol's but that is so cheeky!

I still can't believe it and it was a few years ago now! Livid! Bet she loves telling her friends that story :)