worth £46 each. My boyfriend and I chose a sunny and fresh October day in London to use them, perfect for seeing the city we live in as tourists.

I’ve lived here for five years, and the boyfriend for 23, but we haven’t actually seen many of the tourist attractions at all. So with the London Pass in our pocket off we went to our first stop…

Obviously I wanted to go to Westminster Abbey to see where Kate and Wills got married and to imagine myself walking down that aisle, and how she much she must’ve really been cacking herself as she paraded on down.

The inside of the Abbey is absolutely beautiful. It’s difficult to fathom the dedication and hours upon hours of work that went into the friezes and architecture in a time when the apparatus we have now wasn’t available. To be honest, there is so much beauty in here it’s actually quite overwhelming. It was interesting to see the grave of the unknown soldier though, and the beautiful altar where Kate and Wills smiled at each other.

We spent just short of an hour here, but you could definitely spend longer especially if you’re into old churches. They were starting to set up for the afternoon’s prayer too, which you could stay for if you were a real worshipper. This was one of the best parts of the day – I’ve always wanted to go on a boat cruise down the Thames. We boarded at Westminster Pier, took a little trip to Millenium Pier and then continued with the 30-minute journey to Tower Hill Pier. You can go all the way to Greenwich Pier if you like, but we just didn’t have time.

We sat up top and had the best ‘tour guide’ ever, although he did keep enforcing the fact that he wasn’t actually a tour guide ‘just’ one of the Thames watermen.

“You see that building over there, an old power station? That’s the Tate, and it’s totally free to enter. If you do enter, have a look around, and you’ll see why it’s free”.

There were drinks, snacks and toilets on board and you could sit downstairs in the warm too.

It’s £13.50 usually, but free on the London Pass. I’d definitely do this again, with or without the pass. I never even knew you could walk along the top of here. After reading about it on the London Pass site I decided it would be a great idea to do one attraction with a view from above. With a ticket to the Tower Bridge Exhibition you get to watch a video about the making of it in a makeshift cinema up top, before venturing to the West Walk and the East Walk to see the city from both viewpoints.

Then you go in the Engine Rooms to see how the bridges used to be pulled up. There are some cool interactive things to do in here, although I still haven’t received the ‘send a video postcard’ vid that we did…

This costs £8 separately, and I’d definitely recommend it both with and without the pass. 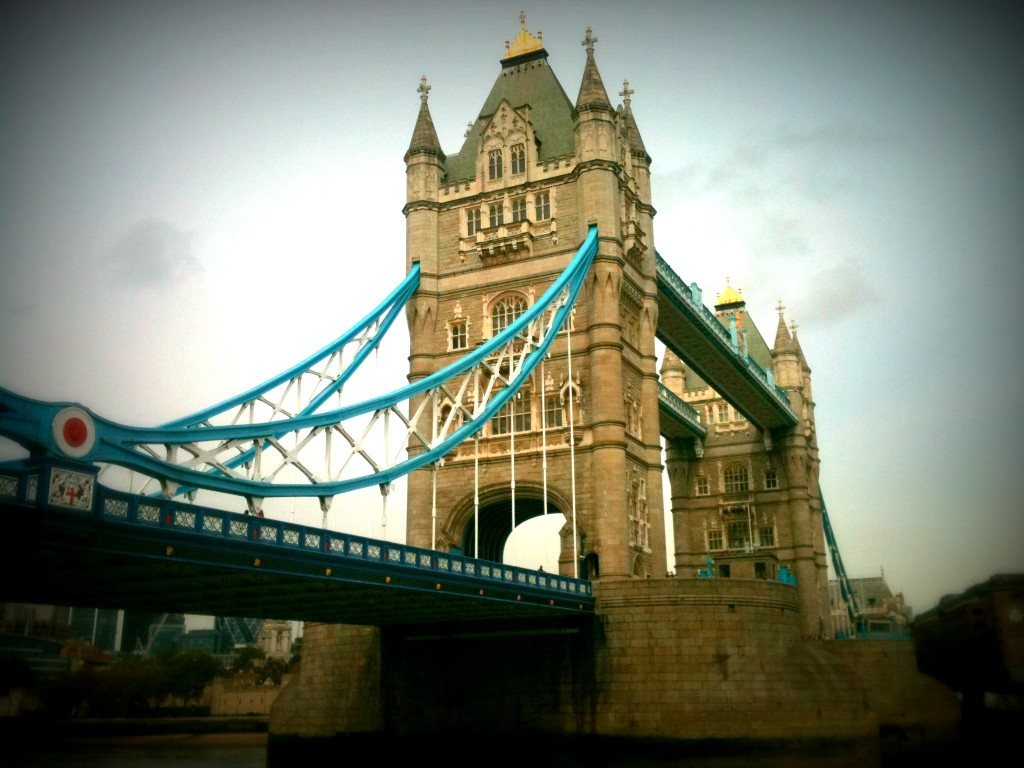 The Crypts / The London Bridge Experience

This was a weird one. From the description on the London Pass site I thought it was going to be catacombs and tombs and the like, but when we arrived and saw it was actually the old London Bridge Experience renamed we were… dubious. In the (very short) queue we realised it was a a real ‘attraction’. By this I mean it had actors, actresses, fake blood by the ton, scary sounds pumping in and ‘turn back now’ signs. Our inbred London cynicism meant we were scouting out the exits after just a few minutes of being in there.

First you’re taken into a museum where you’re told that to survive The Crypts you must learn all about them. We were left in there for about 15 minutes with no escape. I can’t tell you how much I wanted to just get out. I noted all the ‘screamtastic’ awards the attraction had been given and decided I’d hate to experience the competition.

After another ten minutes and three ridiculous scenarios acted out by people covered in blood and dressed in ripped clothing I started to settle. By the time the ‘fright walk’ came I actually started to believe it was true. We had to hold onto each other by putting our hands on the person in fronts shoulders and walk through the attraction for about 15 minutes. I won’t spoil any surprises for you, but it was absolutely terrifying.

This is the most expensive one on my list at £23.50. It’s a must do if you have the London Pass, but if not, I’d say it was a very expensive thrill that you could probably recreate walking down the dark alleys of Homerton at night (please don’t do this).

The London Pass is valid on films at the Curzon Cinemas before 5pm. We went to see Beasts of the Southern Wild, which was incredible, and made all the better by seeing it at such a cool cinema. After all the sightseeing above and walking round the city, both of us just wanted to sit down and chill out. The cinema option made this possible.

I’ve been to the Curzon before, but a while ago, and so on this trip I was reminded just how cool it is. There’s a relaxed atmosphere in the bar downstairs and in the patisserie upstairs too. Chairs are comfy and the cinema feels more classy than the rest of London’s chains.

£12.50 usually, but free on the London Pass. The Soho Curzon is definitely the best cinema in the Soho area The best thing about the London Pass is that it allows you to visit the top London attractions guilt free. I definitely enjoyed the fact that I could whizz around the sites without feeling like I had to stay and get my £20 worth.

As a local I’d never pay £23 for an attraction just to see what it’s like, but I loved that I could just go and check a few out for an hour a time, no problem. I was given this London Pass for free, but I’d definitely pay for another one when I have guests to explore more of the attractions on the offer.

The three-day pass works out at just £25 per day, and the 6-day one less than £20 a day. You can fit in at least three attractions a day without wearing yourself out so you might as well make the most of London while you’re here.

**Just to note: you can get 5% off London Passes if you use this link now… London Pass Sale

This looks like a really good deal! Definitely one to keep in mind when people come to London to visit and say, "what are you going to show us then?"

I have done the Thames ride and really enjoyed it but I am just not into viewing museums, although maybe if I bought the pass I would just do a marathon of sight seeing.

Yessaahh, I don't like museums either :) There's loads of other stuff on there to do too – attractions and the like...