There’s a photo, somewhere, of me struggling to get my super slick, super tight, super merciless mountain snorkelling wetsuit on. No one ever needs to see that.

And if the person who has it ever shows it off, we’re no longer Facebook friends.

Here I am fully immersed. Dressing up as some kind of South Lapland Power Ranger was the only way we could survive the 11C temperatures of the mountain water in South Lapland.

Holding our wetsuit by the wrists and ankles we poured the bubbles through the face space and swished it around to get a good inner coating, as recommended by our awesome guide Nils. And I slipped right on in, kind of. 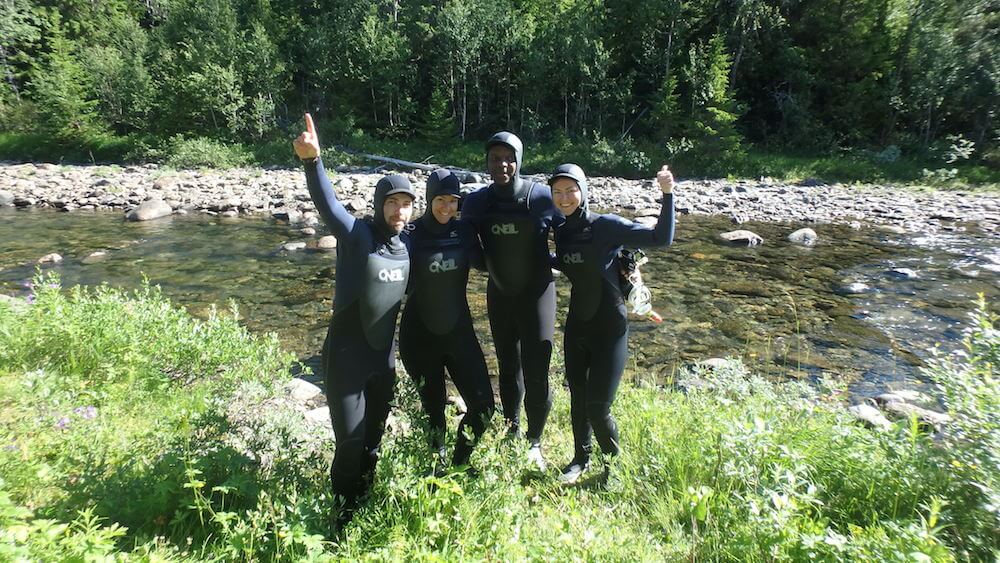 Nils was onto something with that soapy water. Previous attempts at me donning a wetsuit have left my fellow surfers with a sight they could never unsee. Mountain snorkelling in Lapland isn’t just something you can get up one day and decide to do. You need a hero like Nils from Stalo Adventures to keep an eye on you. As I found out when testing the limits of the currents over what felt like a waterfall bigger than Niagara, but was probably just a rock or two.

You can’t trust water. I know that. I’ve been told it a million times before in my scuba and surf adventures. Never underestimate its destructive force, but I thought it would be fun to slide down the rocks.

It beat me, pulling me in, spinning me round and spewing me out. Minus my snorkel. Apart from the snorkelling, hiking the rocks between the spots was so much fun too. I felt like a ninja, on some sort of dangerous quest. When in fact the water was never more than about 7 feet and Nils and Fingus, the ex service dog, were with us all the time.

You could say I have an over active imagination. I’m scared of dogs. I might’ve told you that before, but I really enjoyed having Fingus along to look after us. This is one of my favourite photos. I felt like he was loving the adventure as much as we did. 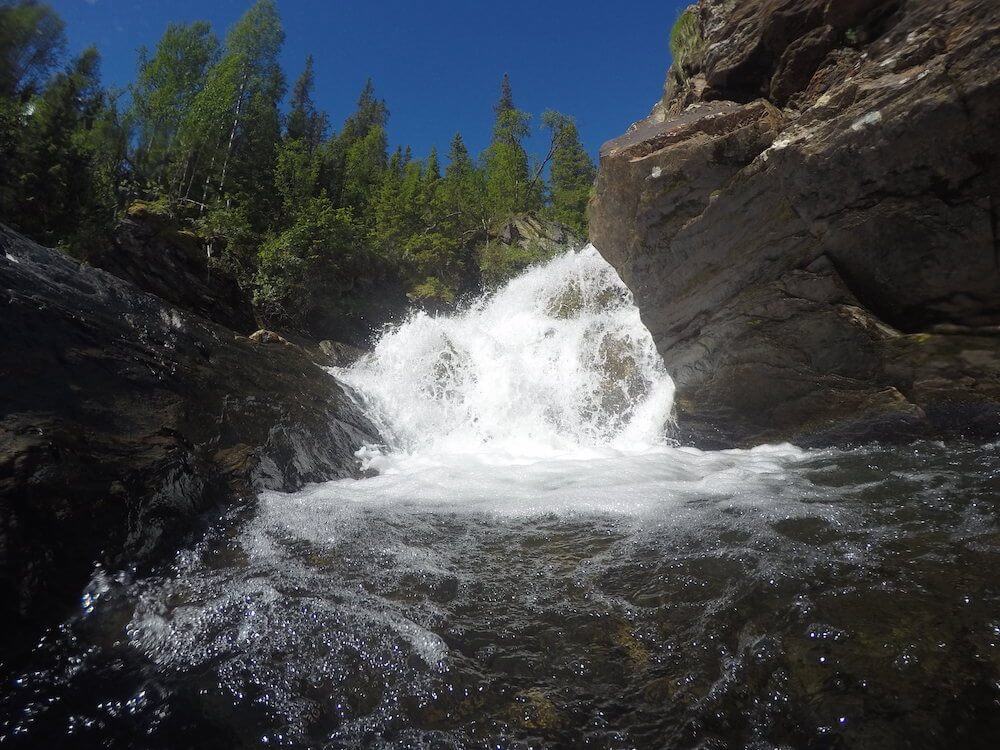 One of the best parts of snorkelling in Lapland was definitely the scenery. I haven’t actually been to Plitvice Lakes in Croatia, but this was kind of what I imagined it to be like.

Above water we saw forests, blue skies, flowing waterfalls and the water glistening in the sun. And below there was trout, little fishies, rocks that had been there for years, and us trying not to get swept away. In our final pool, Nils’ favourite that he obviously likes to finish off with, the cliff diving began. Not for me though, I was on a bit of a run of bad luck and decided I better not. Nils was loving it though – jumping off from up high. We’d taken a cheese, ham and gherkin sandwich to eat by the river side before going off on our next adventure. Eating that, perched on a log, was pretty damn awesome. I love being in the Wilderness and working up quite the hunger from the swim and hike made the sandwich all the more rewarding. I don’t know where we were to be honest – some secret spot in South Lapland that only Nils knows – but it was stunning. Every time I looked up I couldn’t believe what surrounded me.

Can you book it? Yes you can! 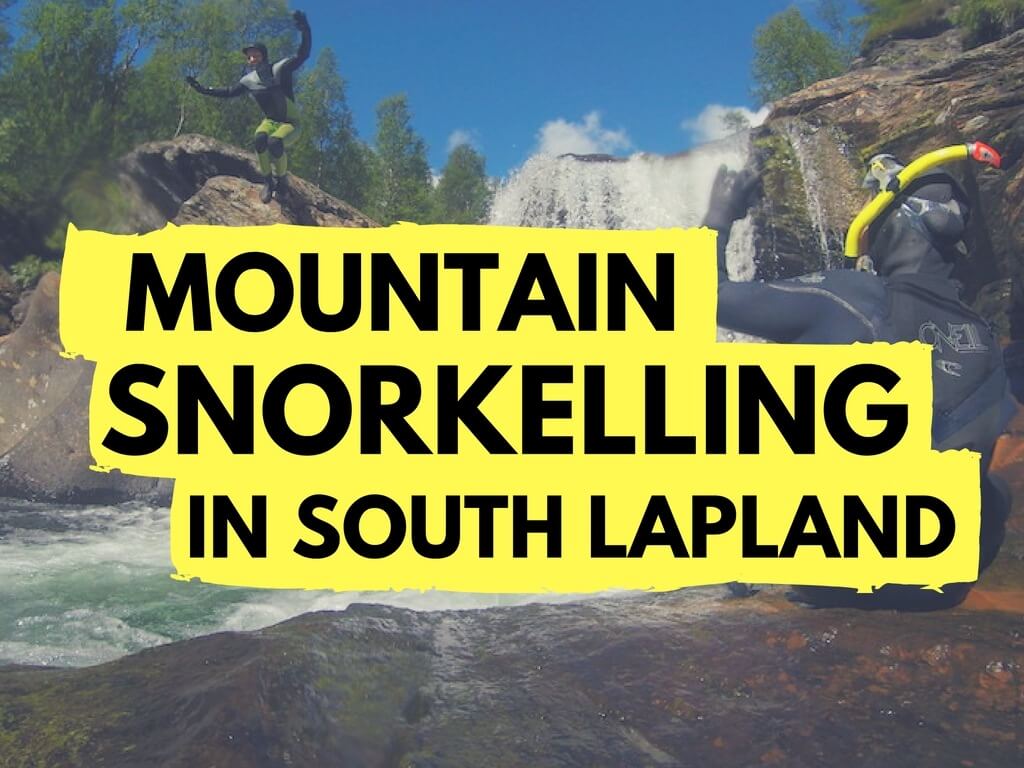 If you want to go mountain snorkelling with Nils and Fingus, or just Nils, check out the Stalo Adventures website here.

I was in South Lapland with Visit Sweden as a guest. All photos, views and thoughts my own.

It seems like the amount of places you can snorkel is literally endless. And this looks so awesome!

Yeah, I'd never thought of doing it in mountains before, looks awesome though hey? Definitely one of the more random things I've done :)

I kind of just want to do this for the dog...that's cool though right? (But seriously, this looks rather bloody awesome.)

Ah he was such a lovely dog. He was also the dog who tried to help me find my phone when I lost it. What a guy!