3 Days in Tromso: How to Have the Best Trip Ever

Right, let’s get down to it. You’ve got three days in Tromso to make the most of, here’s how me and my brother did it, one dark and dreary December. Get the 2:30pm flight from Gatwick. You’ll need to change at Oslo. I’d strongly recommend the fish smorebrod from the Seafood Bar. That, with a beer was 250 NOK, so £20. But absolutely delicious, and you know, you’re in Norway. That salmon.

If you haven’t got your booze supplies yet, buy a few bottles at Oslo Airport to pass the transfer time. You’ll see the queues of people filling their suitcases. It sure is expensive on the other side. I’d already picked up a bottle of Monkey Shoulder at Gatwick Airport, so we were sorted. 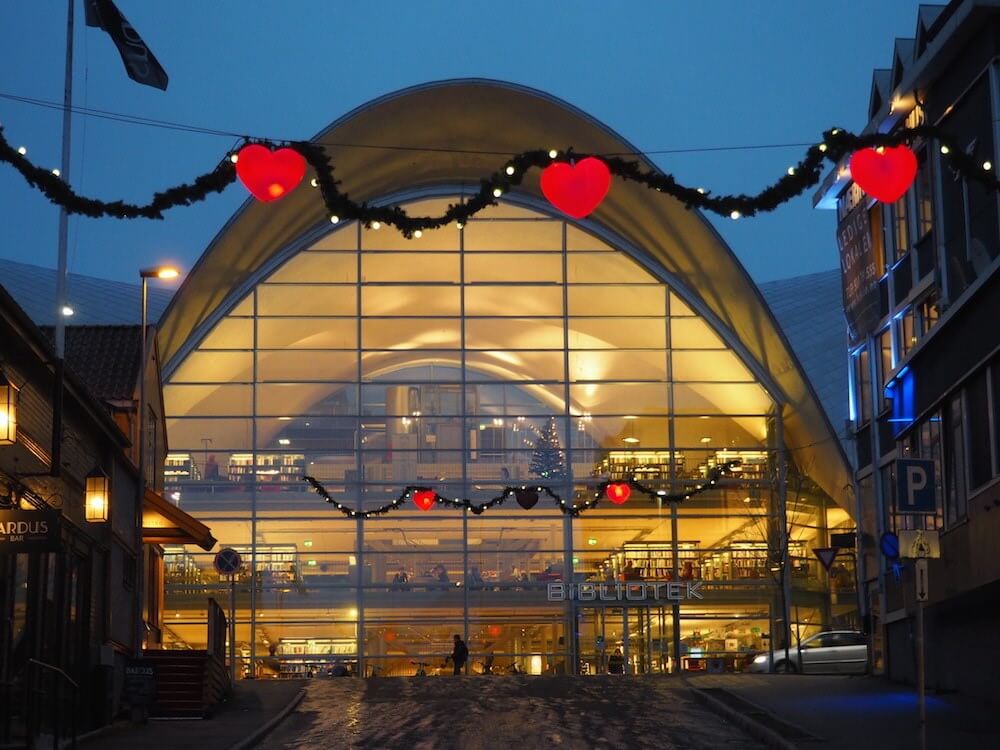 Time for your flight from Oslo – you’ll land at 11pm in Tromso. It’s a tiny airport so your luggage will be out very soon. Make your way out to the Flybuss parked just outside. Just tell the bus driver you want to go to Tromso, a ten-minute ride away and 120 NOK return. The buses leave every 20 minutes so don’t worry if you miss it. Or if you’re a moneybags, get a taxi (totally unnecessary).

Tell the bus driver your hotel and he’ll tell you when to get off. If you’re staying at Viking Apartments like I did, and I’d definitely recommend, it was about the third stop. Nothing is too far from each other if you make a mistake. If you’re going in December, watch out for that ice. Dump your stuff, check out your new palace, have a walk down to the port two minutes away and hit the bars. I’d recommend the Huken Pub, which serves the locally produced Mack beer, made in the most northern brewery in the world. The burgers here are also pretty epic, if you’re hungry.

Again, watch out for the ice, me and my brother had one of those woah woah wind your arms around / try to stand up straight moments where we both nearly fell in the ice.

If you want a flash and fancy bar go to Bardus, just off the main street in Tromso, near the Bibliotek and the Burger King. Or if you’re more of a rocker, check out the Bla Rock Bar, don’t ask for the local Norwegian spirit it was minging and expensive. The bar is cool though!

Check out Airbnb for the latest prices. Best thing about Airbnb is that you get to stay in really unique accommodation, that’s private to you. Or, save some cash and rent a room in a Norwegian’s home. How’s that for a cultural experience?!

Click here to see the best Tromso Airbnbs out there.

Get out and pick up a few breakfast things from the supermarket over the road. Cheaper and easier, especially seeing as even the coffee shops in Tromso don’t open until 10am. Eat. It’s cold out there and you’ll need the energy for the day ahead.

If you haven’t booked your trips yet head to the Tourist Information point at the port to see what’s running. Snow and rain can change things daily. They’re ever so friendly in there. Had a lovely chat. I’d recommend trying to book a Northern Lights tour for tonight, and then at least you have another night if they say the visibility isn’t good. Once that’s sorted head to Riso for coffee. It’s the number one rated food and drink thing to do in Tromso on Trip Advisor, thanks to the cakes, imported coffee and general delightful ambience. And the bearded bar men I’m sure. We ended up sitting to a friendly Norwegian couple who were being interviewed by the BBC the next day. They were telling us all about life in Tromso, with the 24-hour darkness and all, and it was fascinating to have a real local’s point of view on it. We decided to just hang out in Tromso today, seeing as our snowmobiling was postponed till Sunday. We walked the bridge to the Arctic Cathedral – definitely recommended (opens at 3pm) – and explored the city more. We booked some skis out for tomorrow from Tromso Outdoor and got absolutely drenched walking back.

Try the burgers we’d seen last night from Huken, every bit as good as they looked. If you have 3 days in Tromso, you need to dedicate at least one meal to this place. Quick game of chess while we finished up our pints and went back to our apartment to chill out. 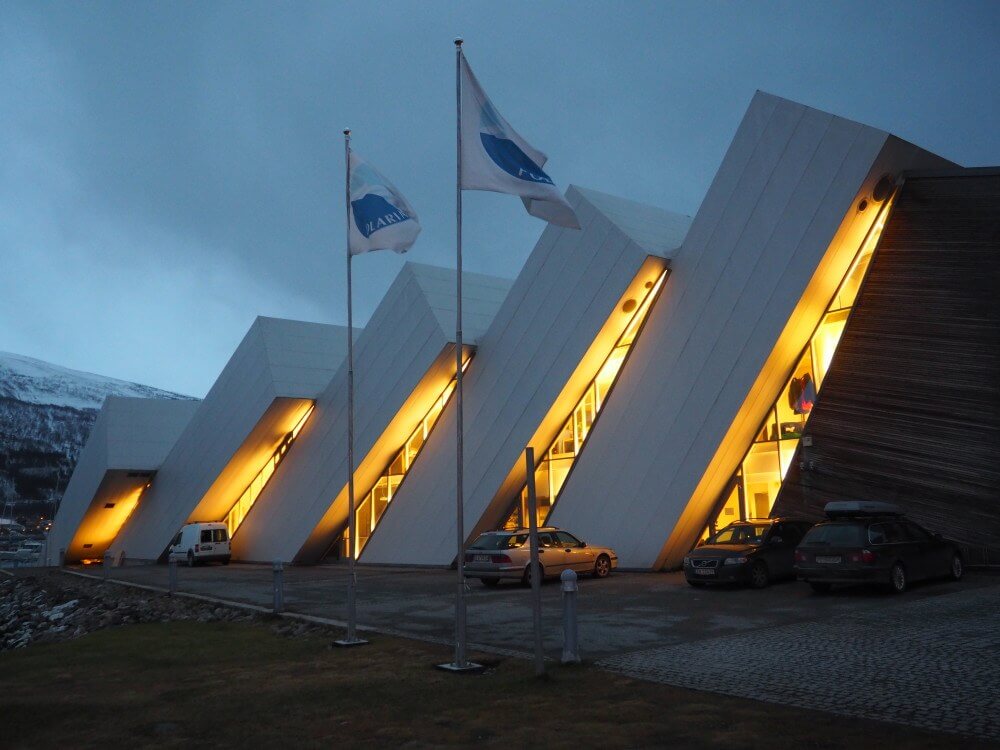 We ended up chilling out a bit too much and polishing off a bottle of wine and missing the museums. But your weekend Tromso itinerary should definitely include a trip to Polaris and the Polar Museum. Both close at 5pm, so make sure you get in there. Stuffed polar bears and feeding time with the seals awaits!

If you’re not going on a Northern Lights trip tonight, for dinner go to Arctandria at the port. Unfortunately we had a hiccup with planning and didn’t get to go here. Our university lecturer friend recommended it to us though, thanks to the traditional Norwegian fare there. Whales, reindeer, this is the place to try it.

You can catch some live music at Rorbua and Skarven, but don’t go to G Bar. Full of pushy, rude old Norwegian men in our experience. Rustle yourself something up from your kitchen supplies for breakfast, then it’s straight to the place next to Tromso Outdoor for coffee, can’t seem to find the name of it anywhere. Ready for Tromso Outdoor to open at 9am to pick up your skis. The stop for the number 40 bus is only a five minute walk away so make your way there for the next bus – make sure you take some water and a snack as we didn’t see anywhere to buy anything from on the cross country skiing trail. 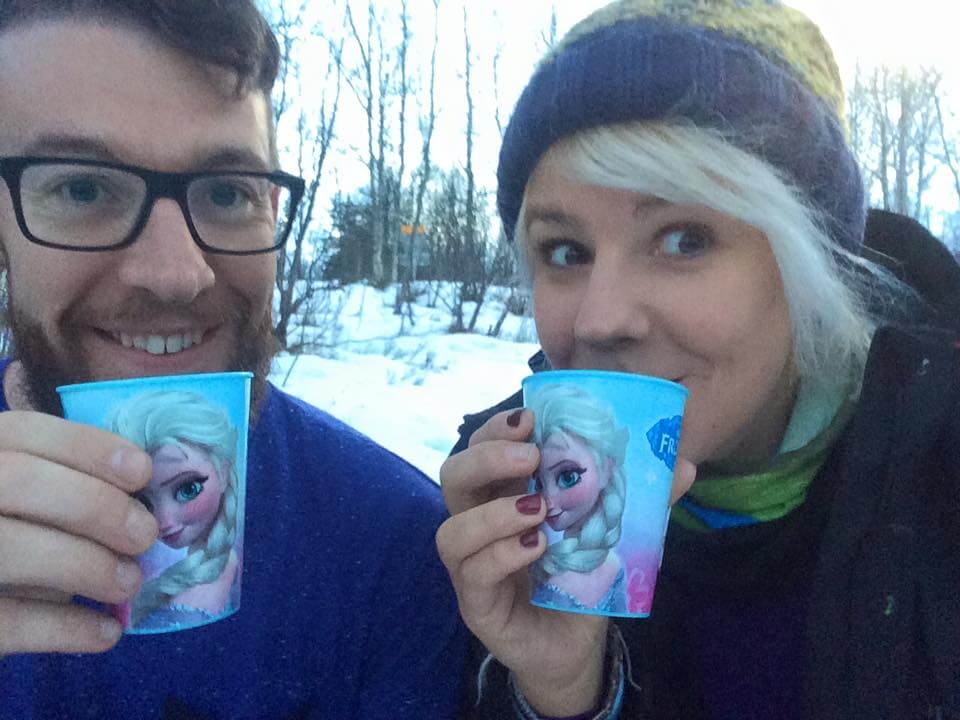 Get your boots in the skis and explore! Even if you only have the slightest understanding of skiing you can save money by just renting them out, rather than joining a class. It really wasn’t that hard. My brother got YouTube tutorials up on his phone and we worked it out. Three hours later darkness fell (at 1pm) and we walked back rather than getting the bus. All downhill and saved the money. I’d recommend you take a flask like my brother did, kept us warm!

Go home to shower and warm up. We ended up going on an hour-long hunt for reindeer to eat, just because everyone kept telling us how good it was. Failed due to it being 2pm and nowhere opening till later, and a few places saying on their websites they have it when they don’t. Either go to Bardus, if you want fancy, or Olbus if you want cheap and tasty, and order a smorbrod and Middle Eastern platter to share. That’ll give you the energy for tonight. If you book your Northern Lights tour with Arctic Explorers you’ll be picked up at around 5:15pm for your tour. Your driver will take you out on the hunt, possibly via Finland with a campfire on a frozen lake, like we did. It turned into an 11 hour trip, but it really didn’t feel like it at the time. Although I did manage to sleep on the bus. Make sure to pack a hip flask to stay warm.

We got back, yikes. And then had to pack.

Get some breakfast to help you deal with the cold. You’ll need to drop your stuff with reception to look after for the day.

If you follow what we did you’ll be up and ready for an 8:50am pick up to go snowmobiling, see the reindeer and learn about Sami culture. I was absolutely wiped, couldn’t even stay awake to hear what our guide Anita was telling us on the way. My head kept lolling in and out of sleep but when my eyes were open I saw the incredible snow covered mountain ranges all around us. After 90 minutes we made it. As soon as I stepped out into the cold I was awake. The snowmobiling was awesome, the reindeers pretty cool and Nils from the Sami tribe taught us so much about a culture I’d never even heard of. He also told us an interesting story about Bear Grylls, and what a fraud he is. Apparently getting the samis to kill the reindeers and drain the blood, then going on TV saying he’d done it. Nils let me use his toilet in his Sami house, which was very exciting. 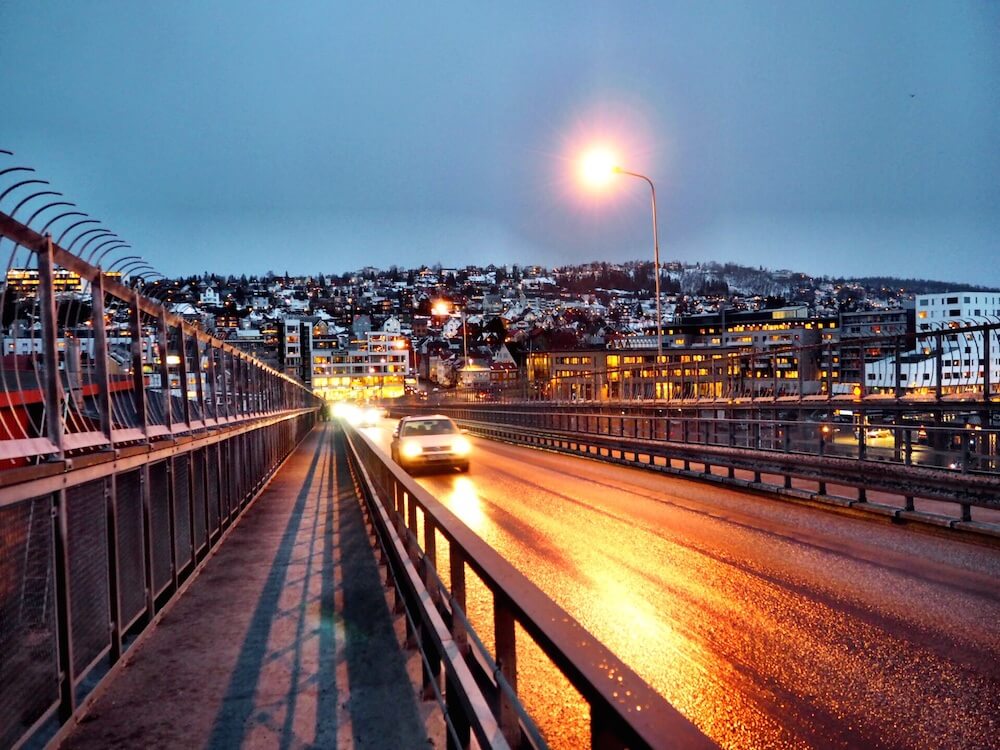 Time to leave. This time you’ll get to go across the Arctic Cathedral Bridge in a car, rather than on breezy foot.

Back at home and we had a coffee from the free machine at Viking Apartments and collected our stuff. We got the bus from two minutes away in town by the church. Ten minutes to the airport and we were there for 5pm. My brother was flying back to Barcelona so I went with him to the airport . But if you’re getting the Gatwick flight to England, it’s time to explore the restaurants of Tromso.

I’d try the sushi in the port, Roast, or Arcanria if you haven’t been yet. Choice is yours!

I hope that gives you an idea of what you can fit into a long weekend in Tromso. Pretty epic hey?

Top tips for a weekend in Tromso Have you been to Tromso? Any tips?

4 Best Music Festivals in Cornwall
← Previous
The Cost of a Weekend in Tromso, Norway
Next →
Click here to cancel reply.

Also curious on the budget also, the jackets they given to you buy the snowmobile trip or your own?

Great review I'm sure a lot of hepful info provided. I'd love to know what your budget was for this 3 day trip?

I'm off to Tromso next week! I'm slightly worried how cold it will be but really hope to see The Northern Lights! Looks like you had so much fun!!

How did it go Annie? I thought it was a really cool place, but yeah, bit gutted that we didn't see the Lights. I really hope I get to one day!

[…] travelling is learning about ways of life and traditions that I’d never even heard of before. The Sami people in Norway, the geisha girls of Japan and the Maayans of Mexico are just a few I’ve come to know in the […]