I went to the Sagrada Familia five years ago when I was travelling round Europe,
but actually just stood outside admiring the view above as I didn’t have the money for the entrance fee.

Half a decade on and all grown up I managed to fork out the €20 and fulfil my 5-year dream
of seeing inside the Sagrada Familia, but was it worth it?

Here are 23 reasons why it absolutely, definitely was…

1. The nave is designed to look like a forest 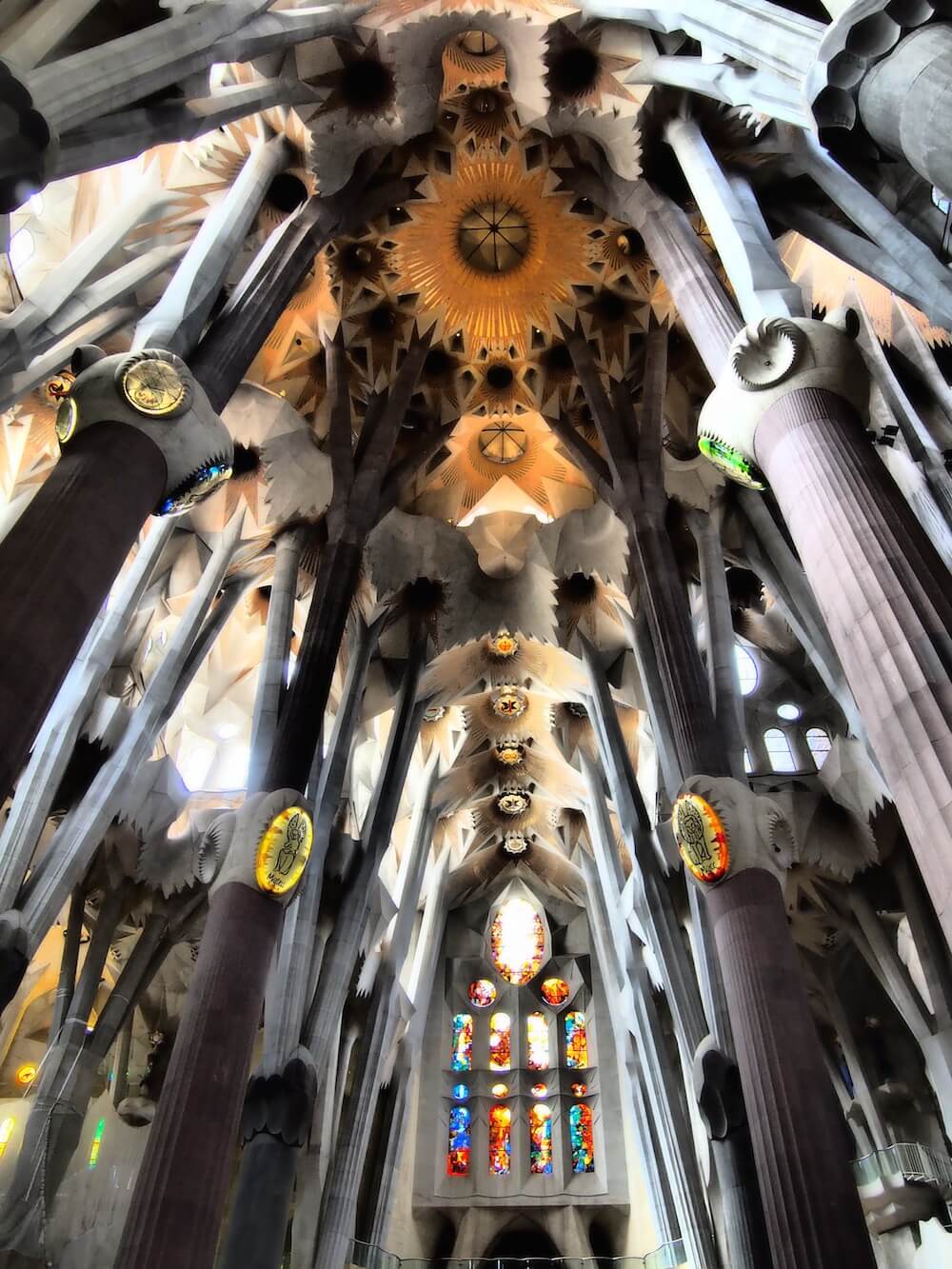 2. The stained glass windows are stunning 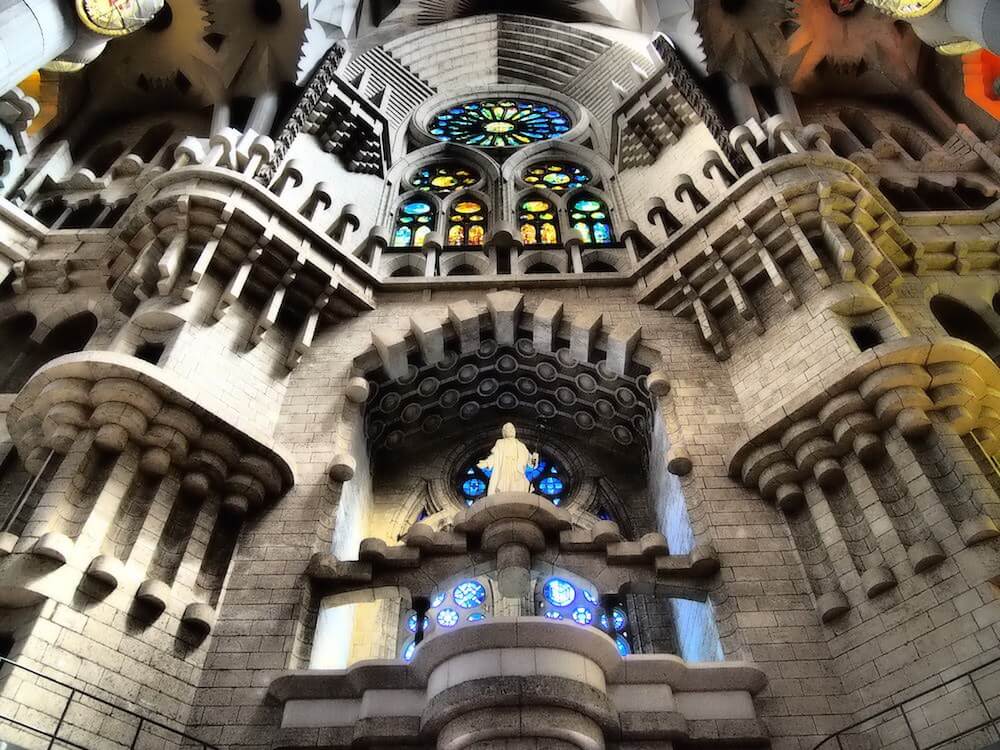 3. One side is red and orange: fire and earth 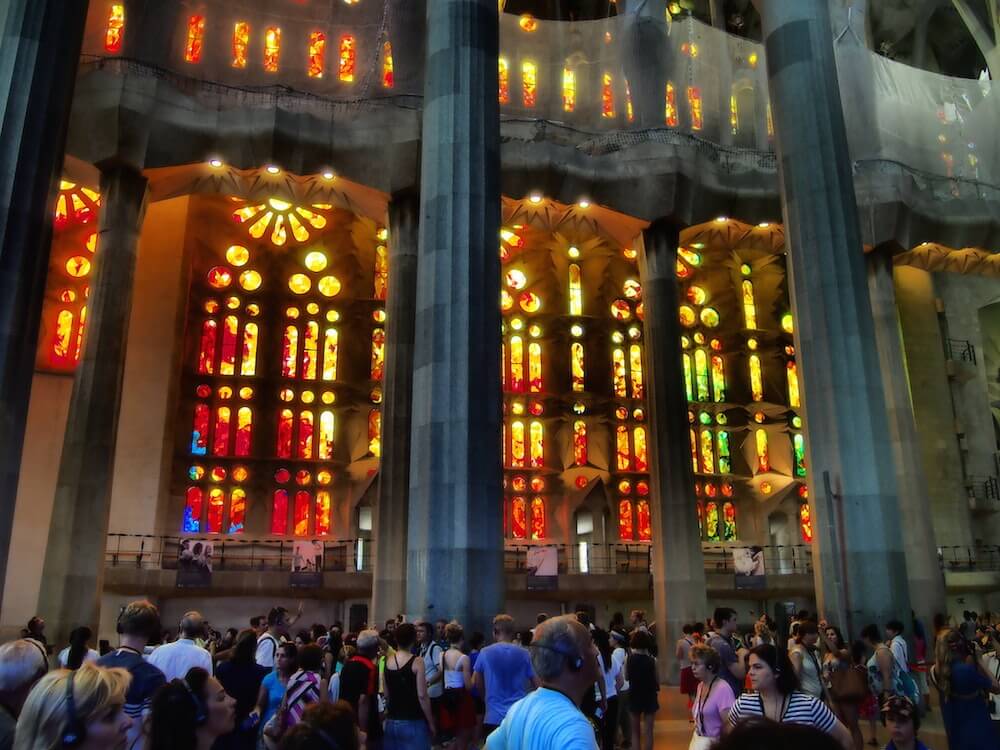 4. And the other blue and green: water and air 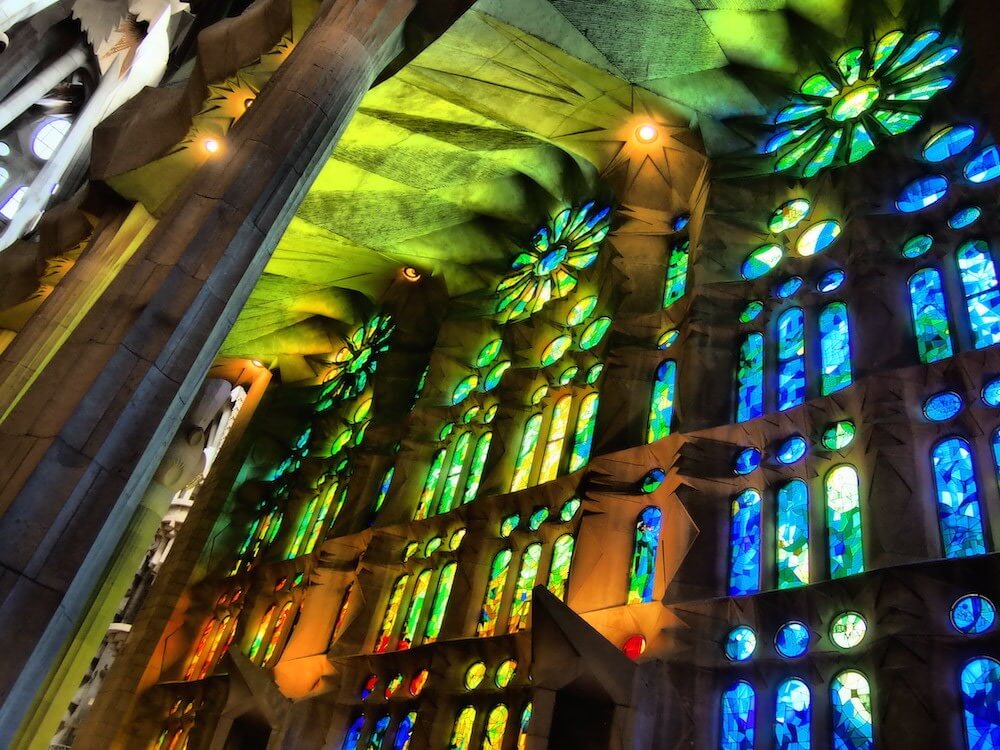 5. The basilica is for everyone, of every language 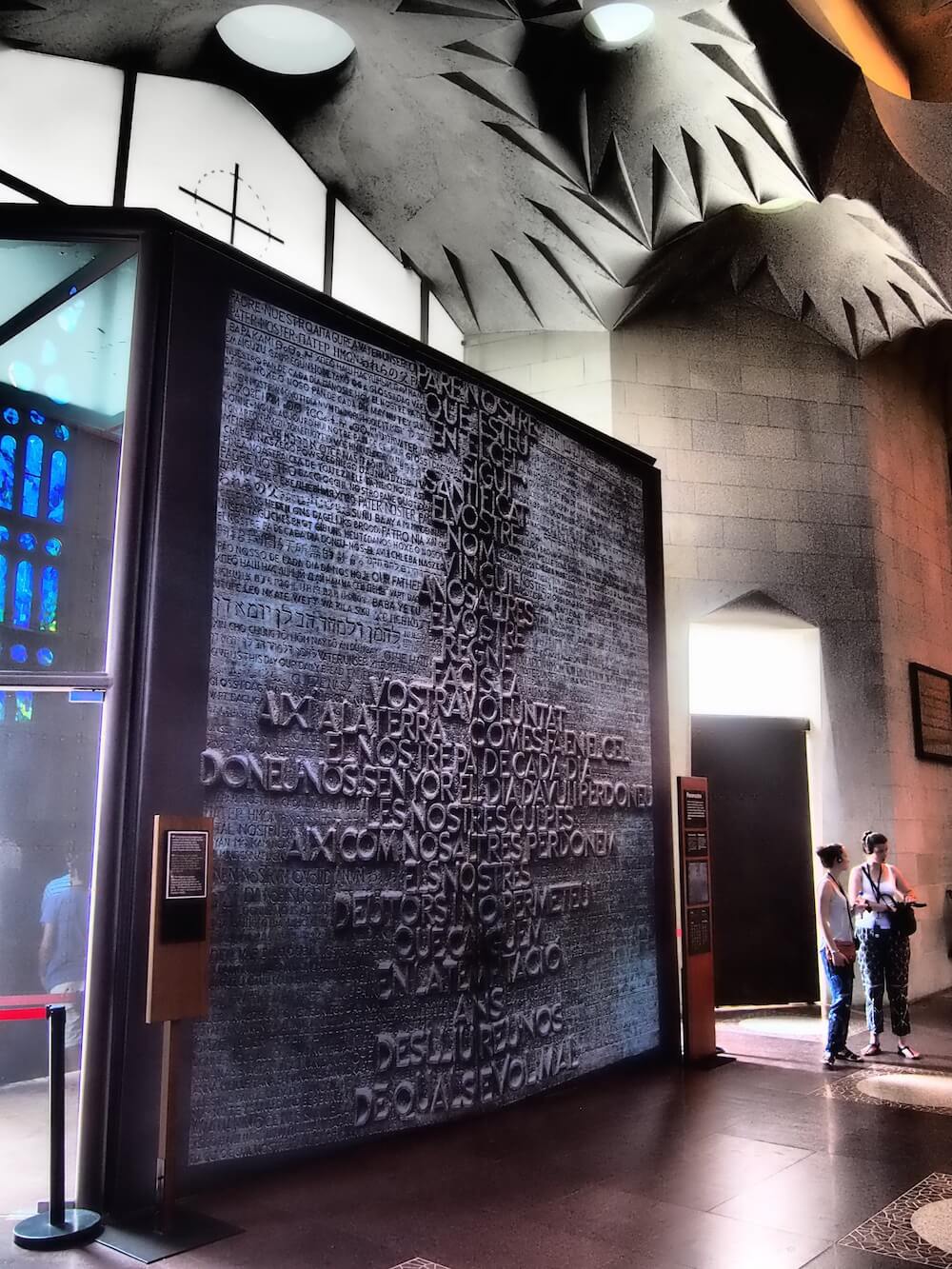 6. There are plenty of places to sit to admire the view 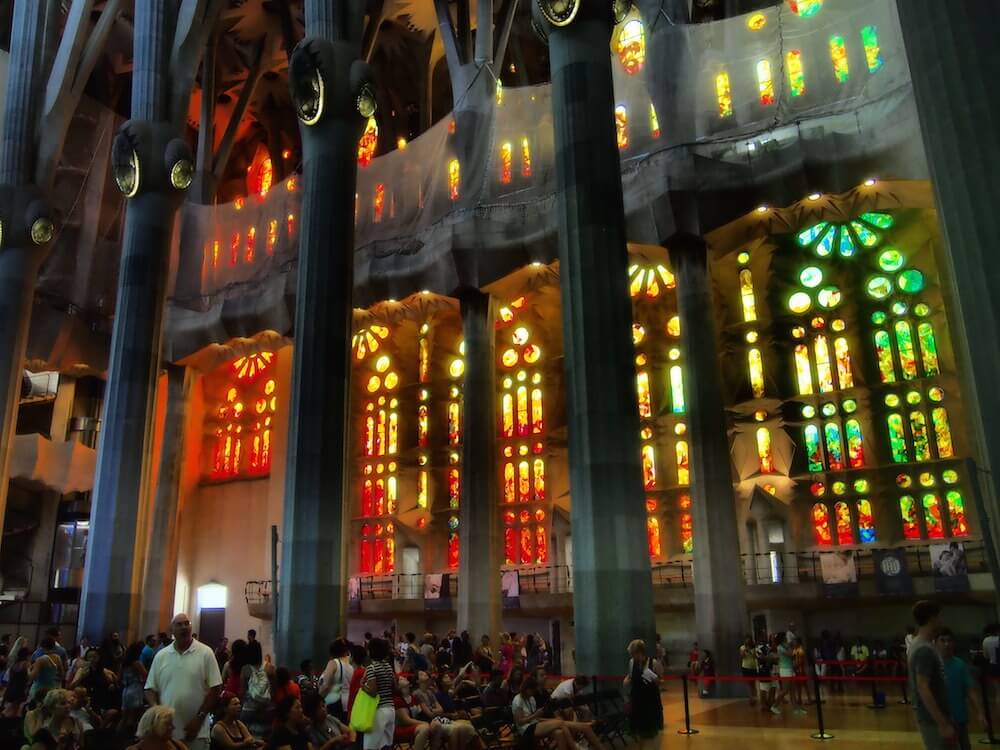 7. Everything inside the Sagrada Familia is there for a reason – the symbolism is endless 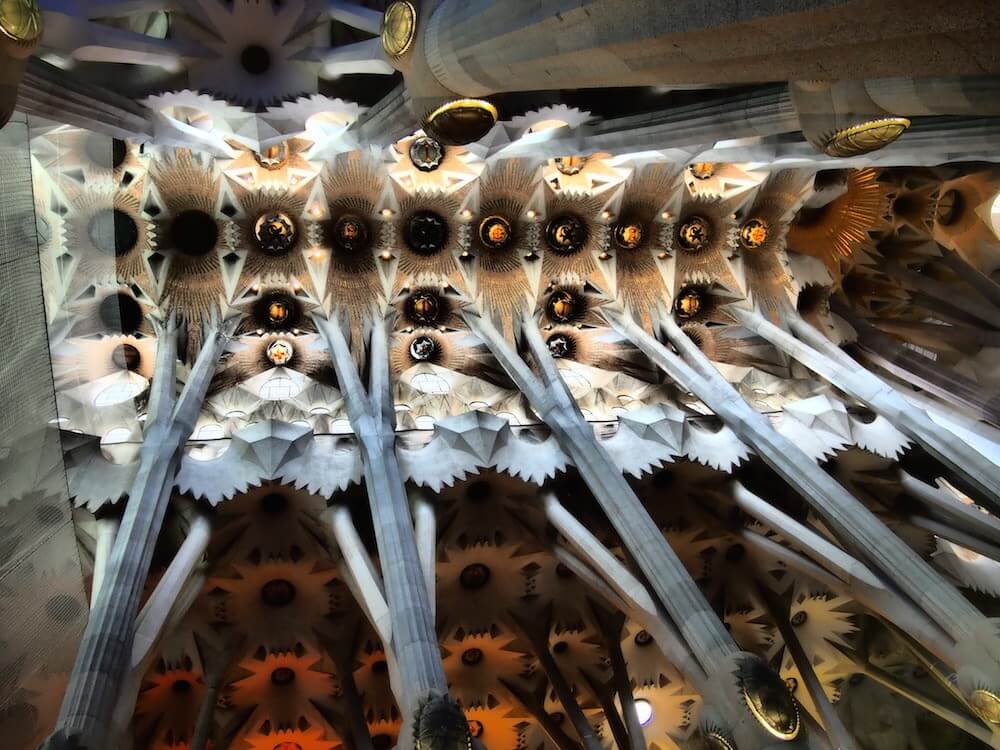 8. The Museum houses scaled designs to show how they designed it – you can visit the workshop to see the workers making the intricate details right in front of you 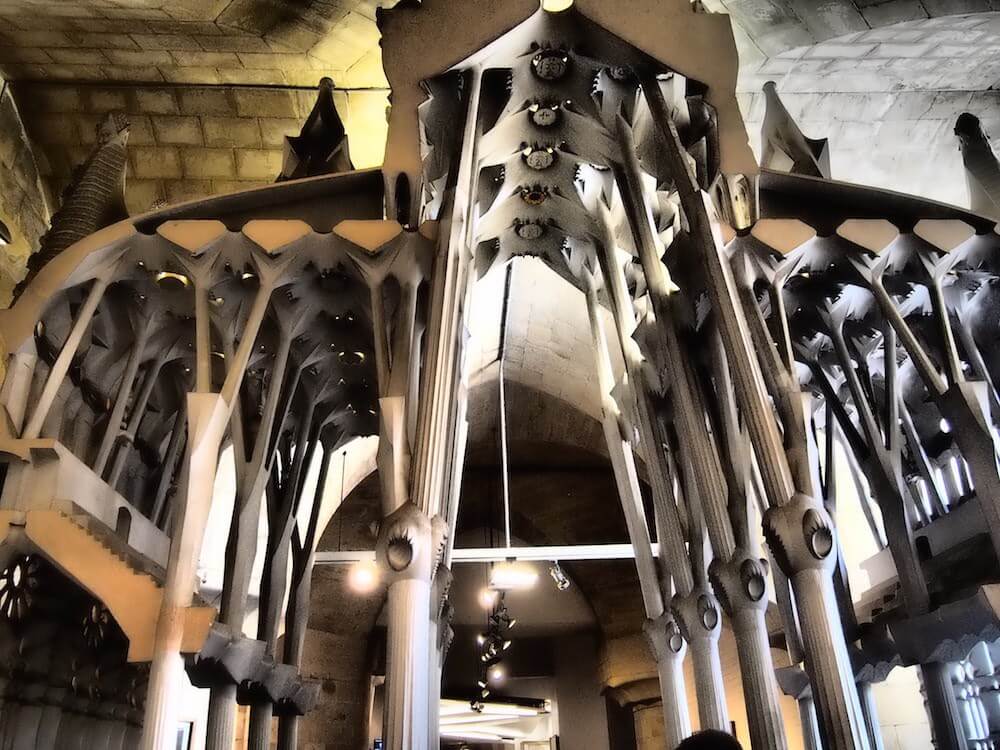 9. Each side, or facade, is designed to represent a different stage of Jesus’ life: birth, life, death and the resurrection

(pictured: the death, the Nativity facade) 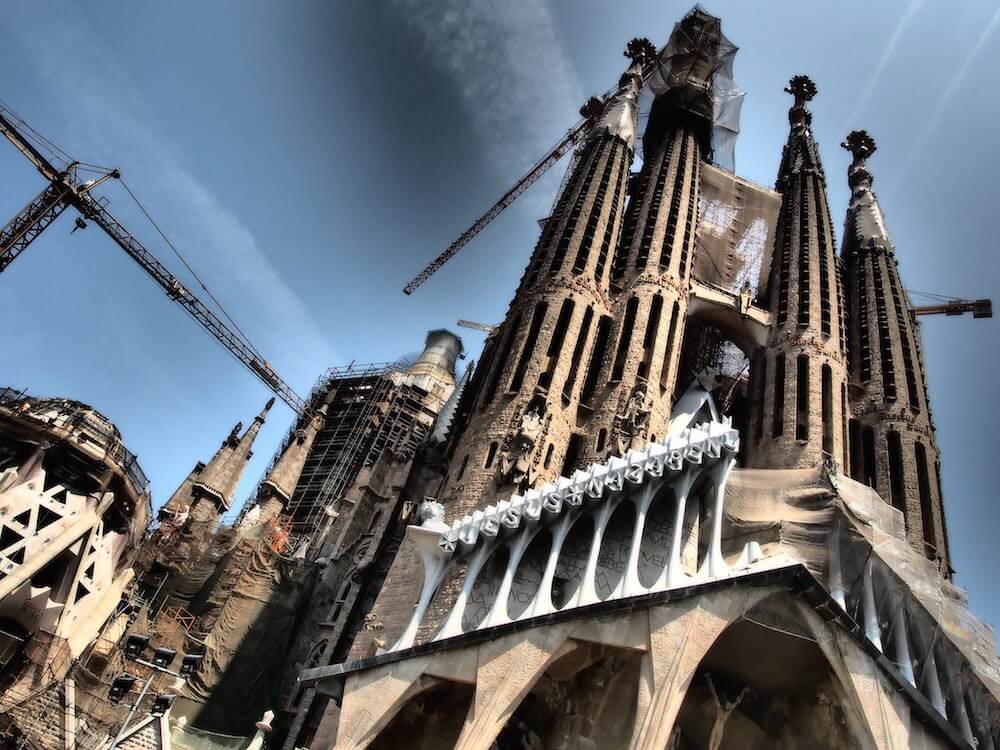 10. Gaudi designed it so the sun would light each side in order, inside to tell the tale 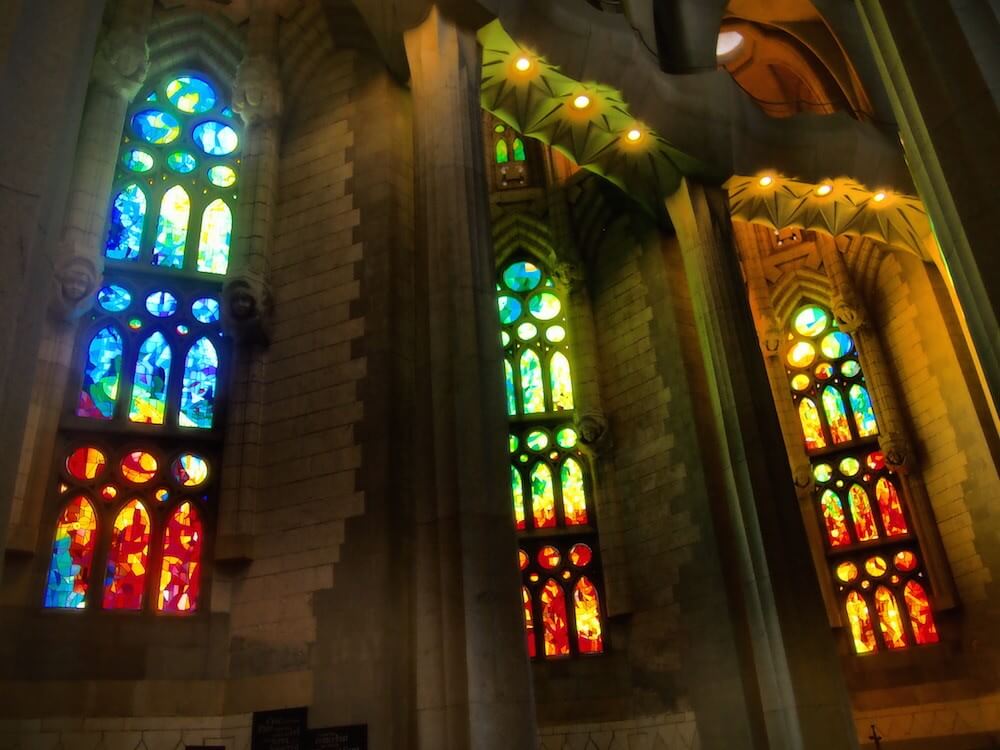 11. They have major religious services here (Christmas / Easter) but not Sundays, yet 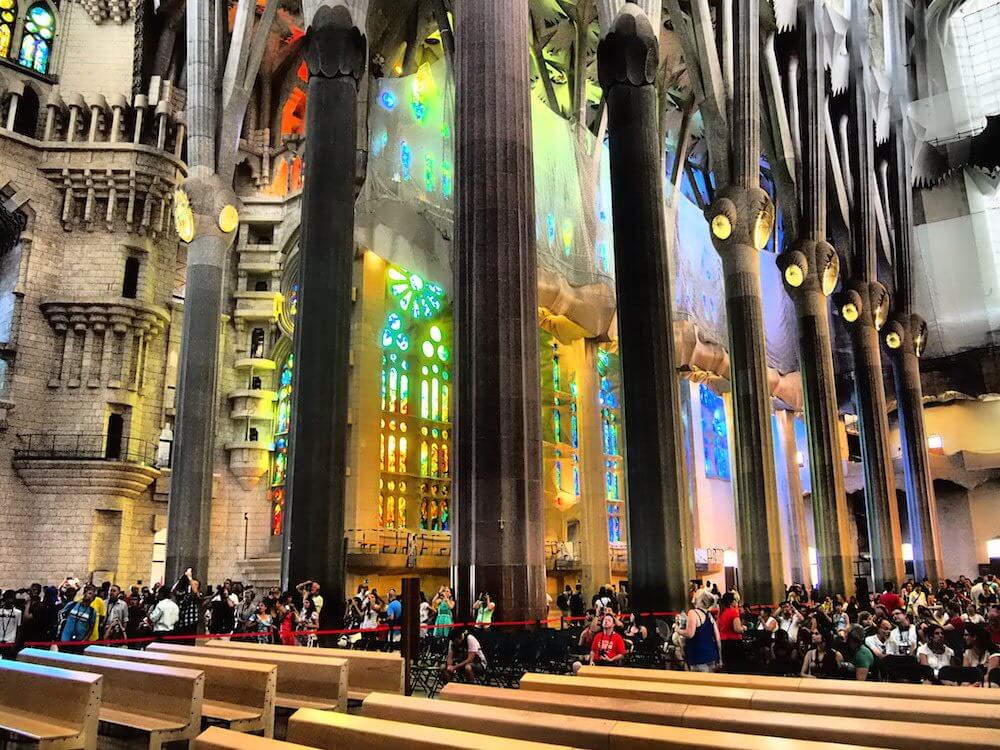 12. This is because it’s not finished yet, they need all the tourist money to do the job 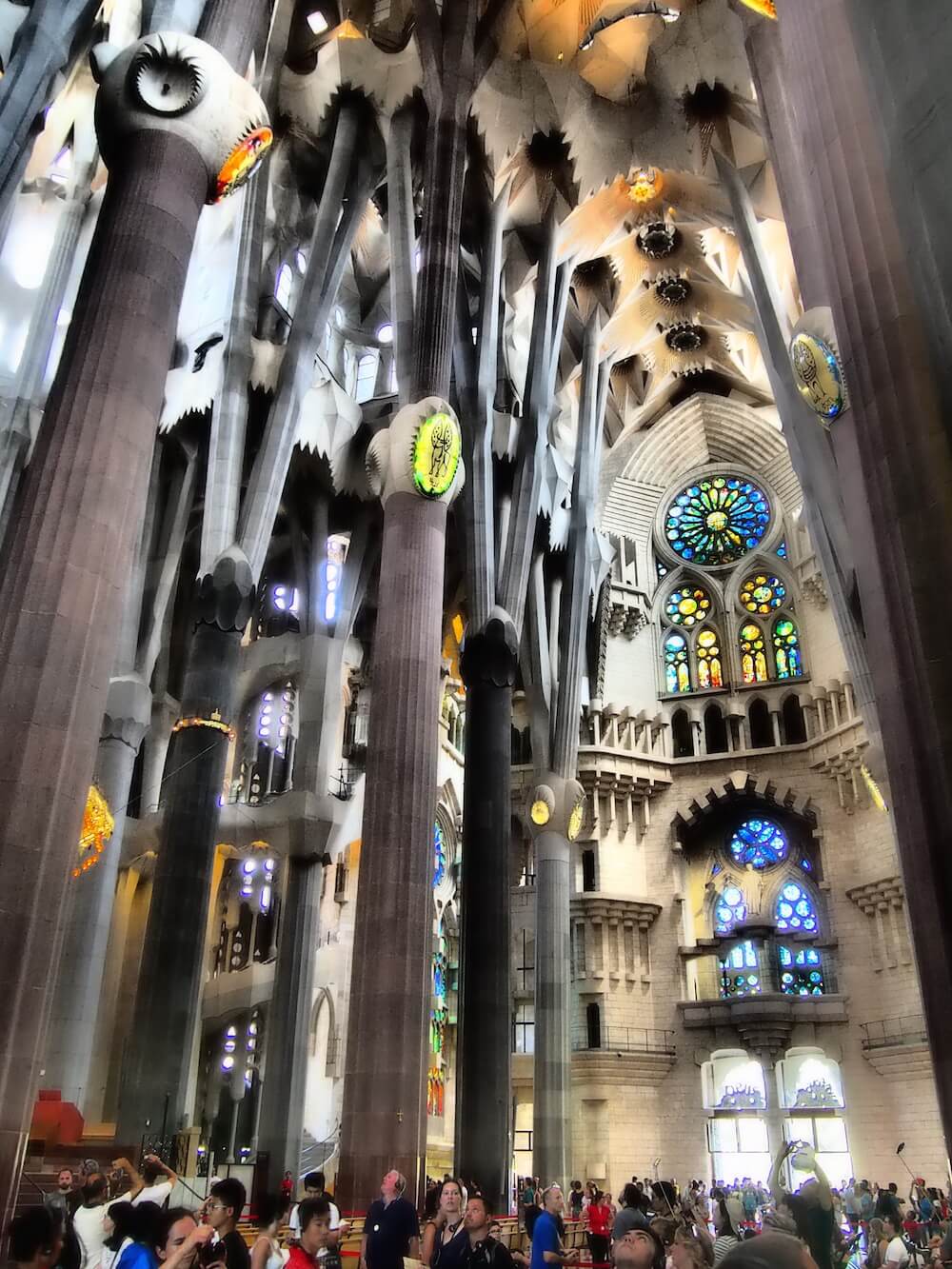 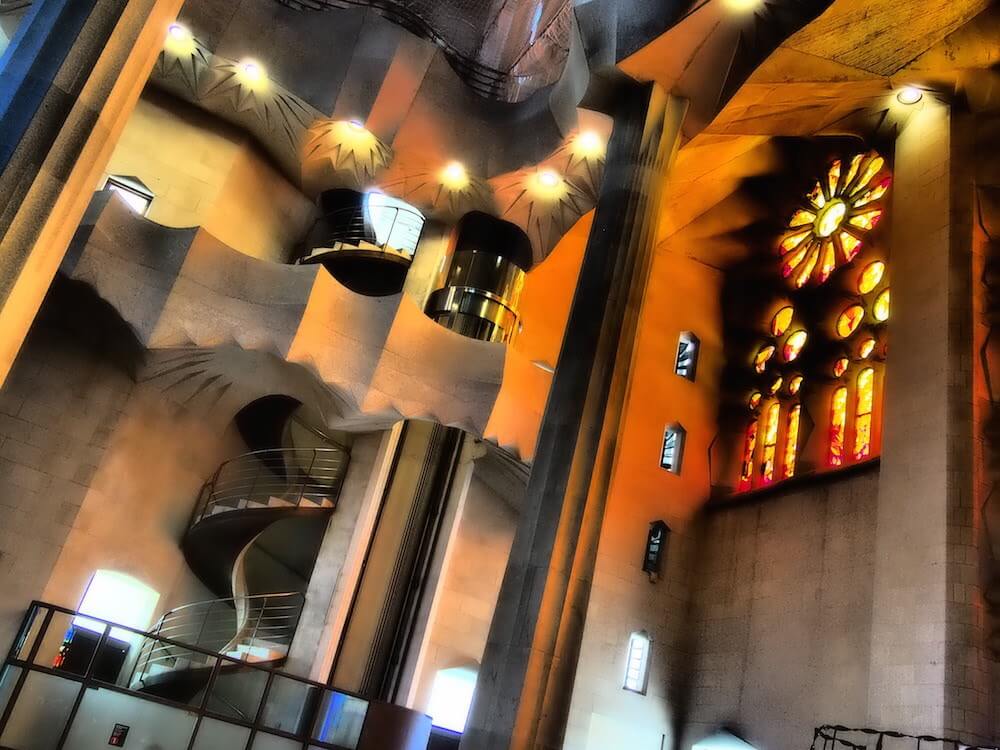 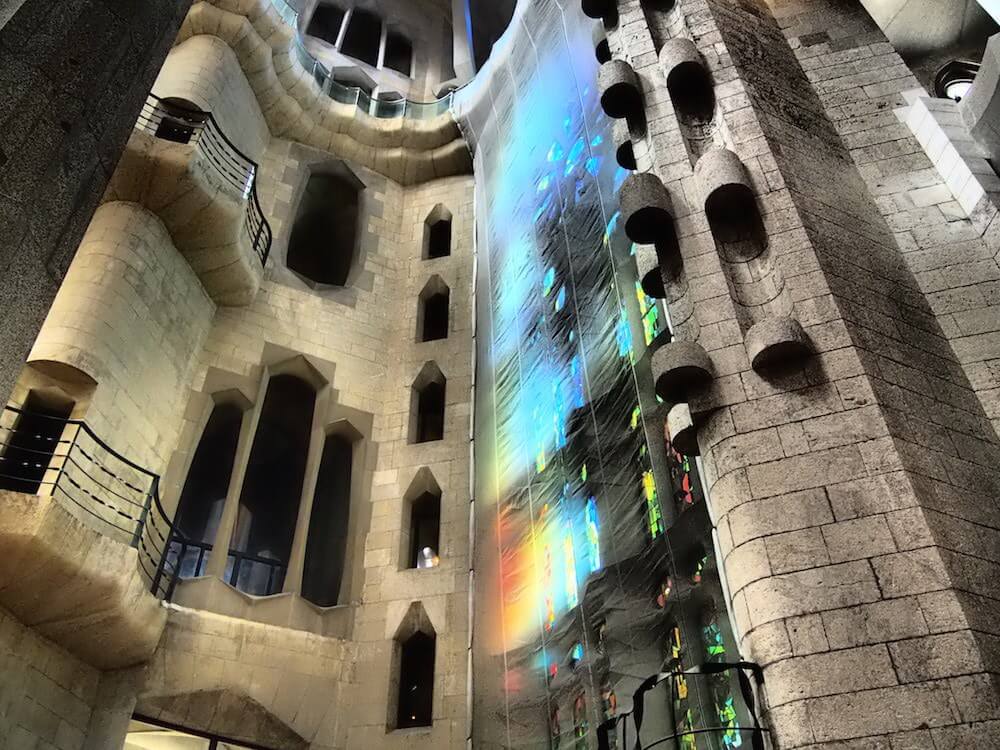 15. The crown of thorns above the altar is a highlight 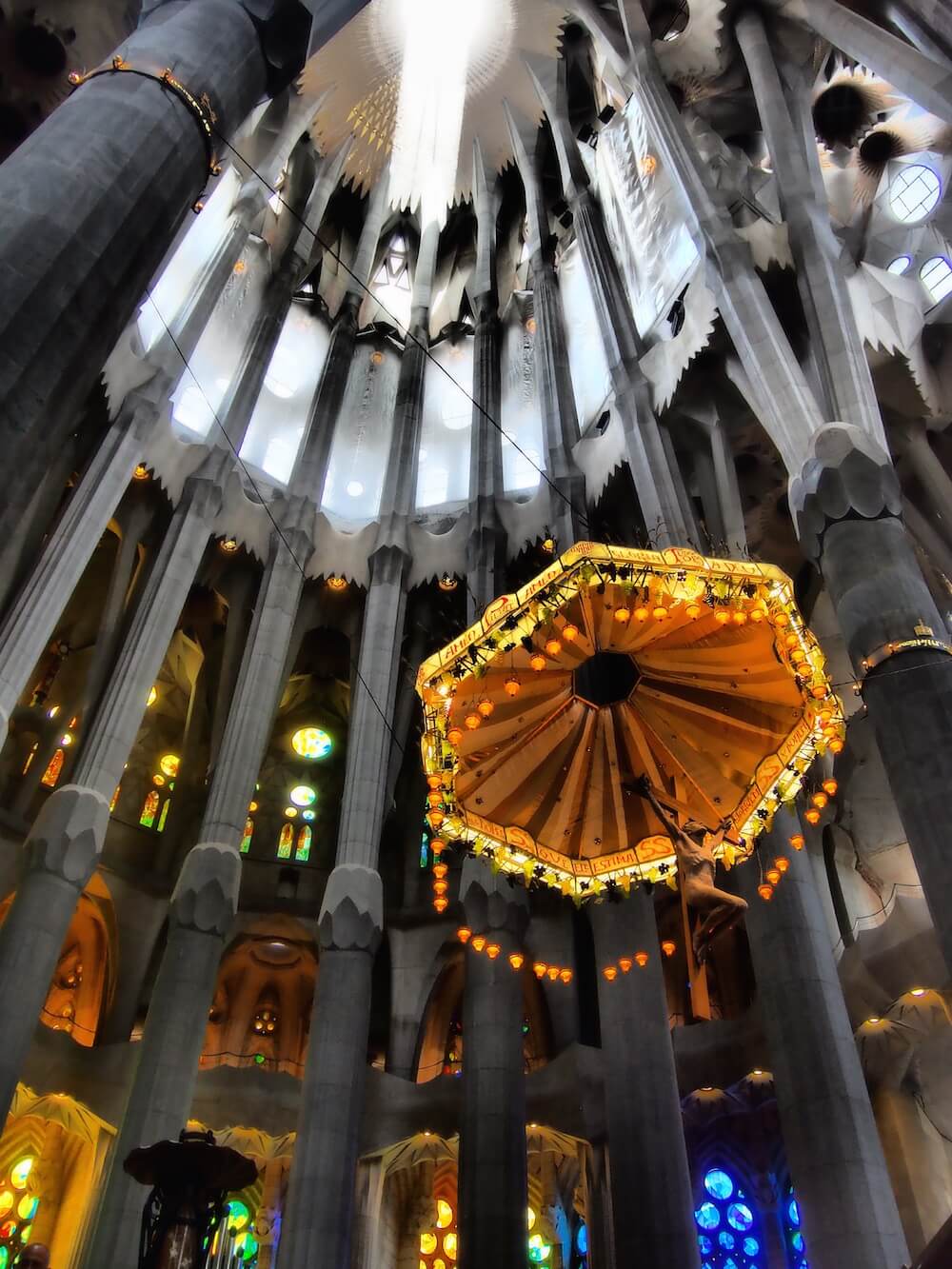 16. Gaudi is now buried in a crypt under the Sagrada Familia – he was killed by a tram aged 72 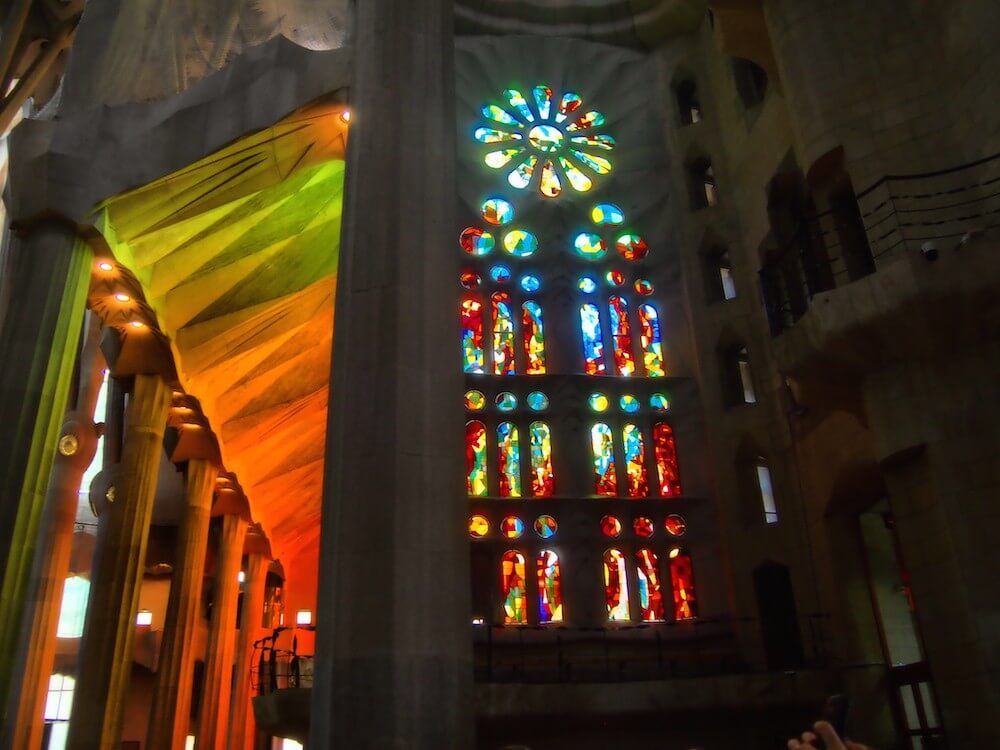 17. In designing the Sagrada Familia Gaudi looked to the natural world and to the stars to see how they naturally supported weight and shapes. This is how he planned the architecture of the arches and towers, and then placed a mirror at the top to see it as we do now 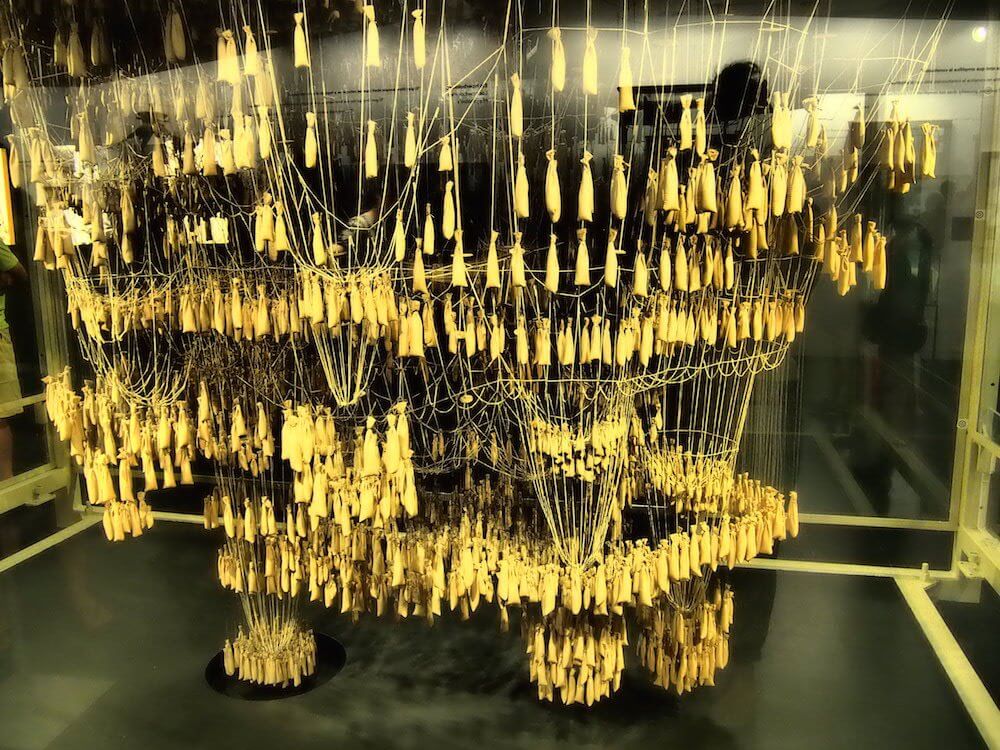 18. You can visit the towers by elevator and see out over Barcelona and down onto the Sagrada Familia too 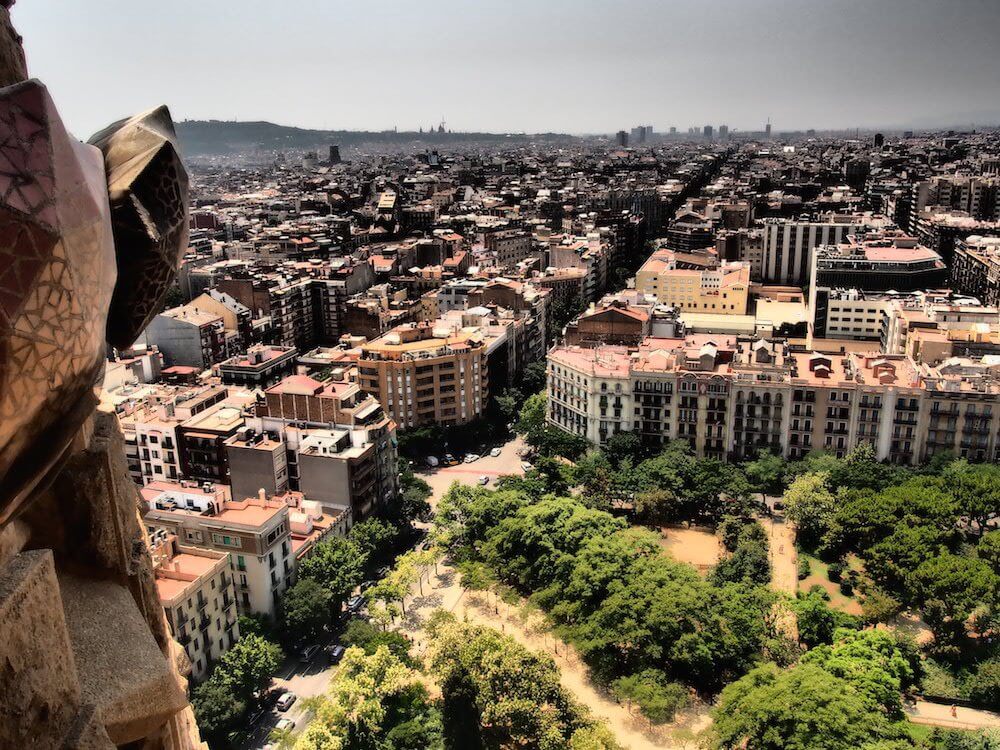 19. When completed the Sagrada Familia will be 170 meters (560 ft) which is 1m less than Montjuic Hill, Barcelona’s highest point 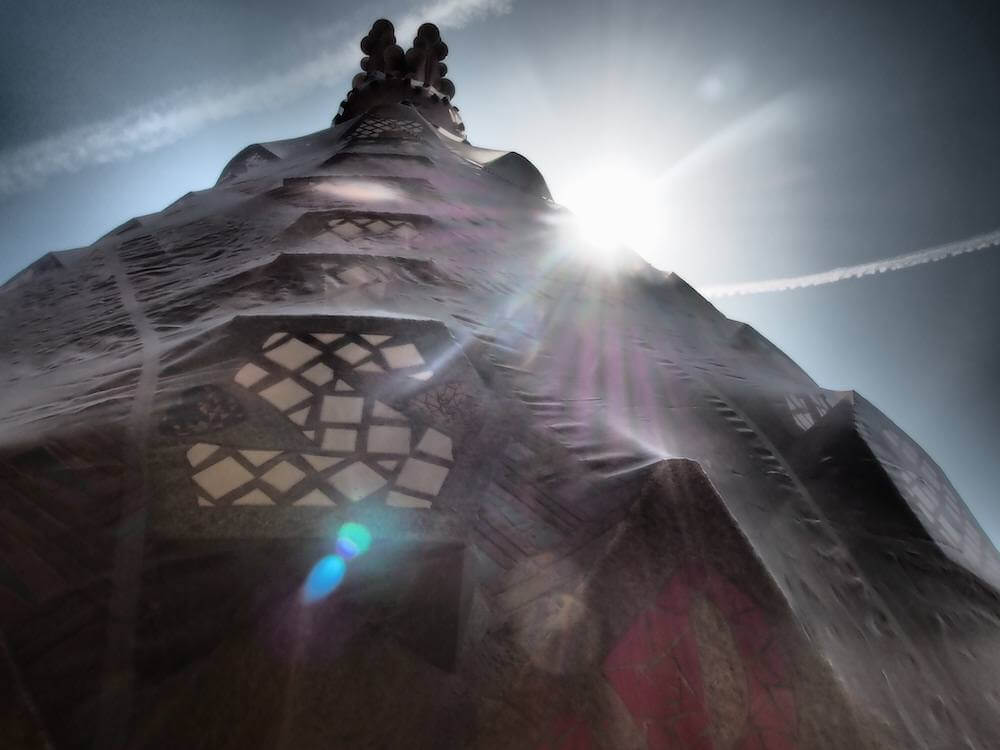 20. Outside, these ‘fruits’ that top the smaller towers represent the seasonality in Barcelona 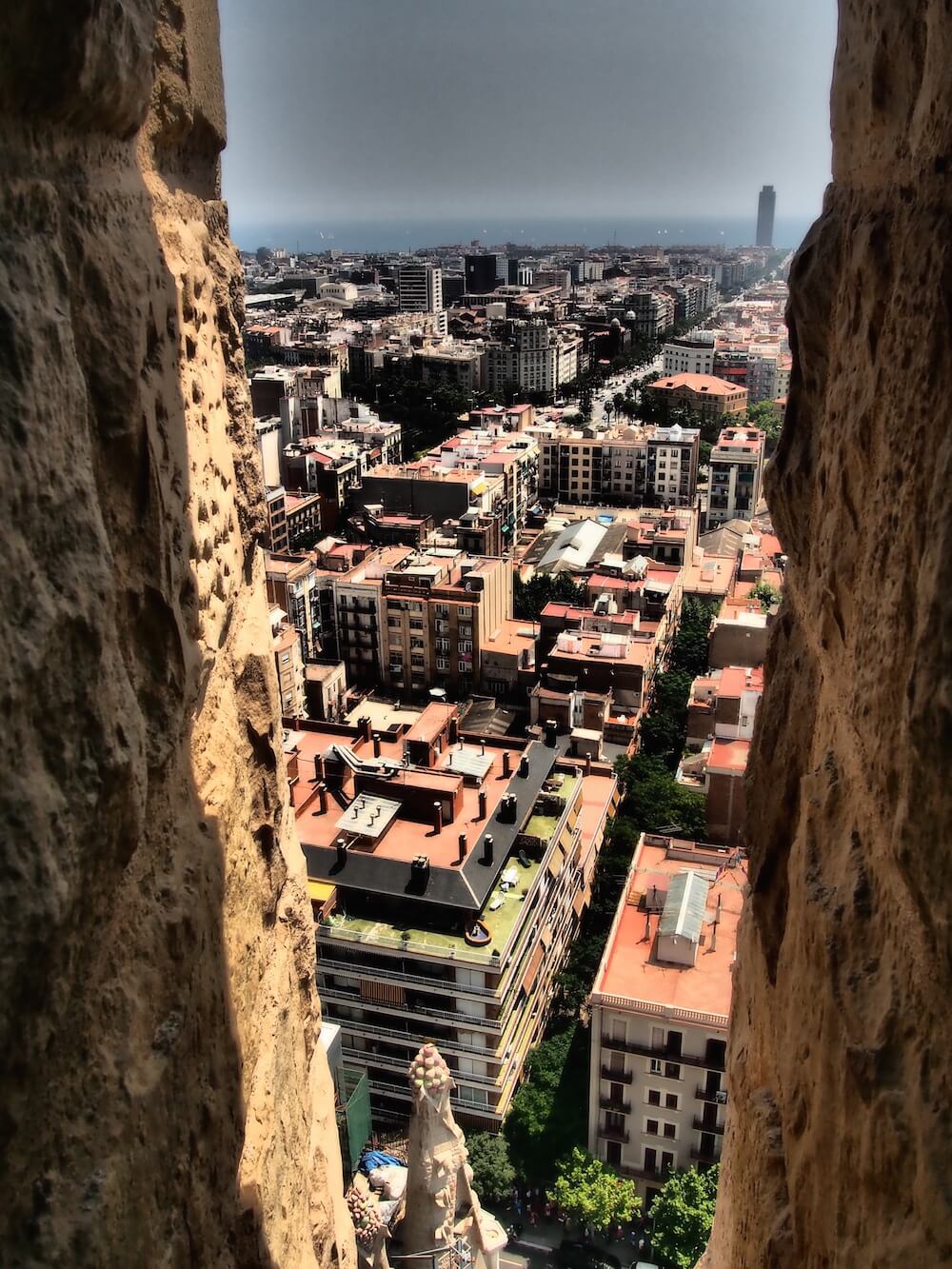 21. Loved the view down the lift shaft 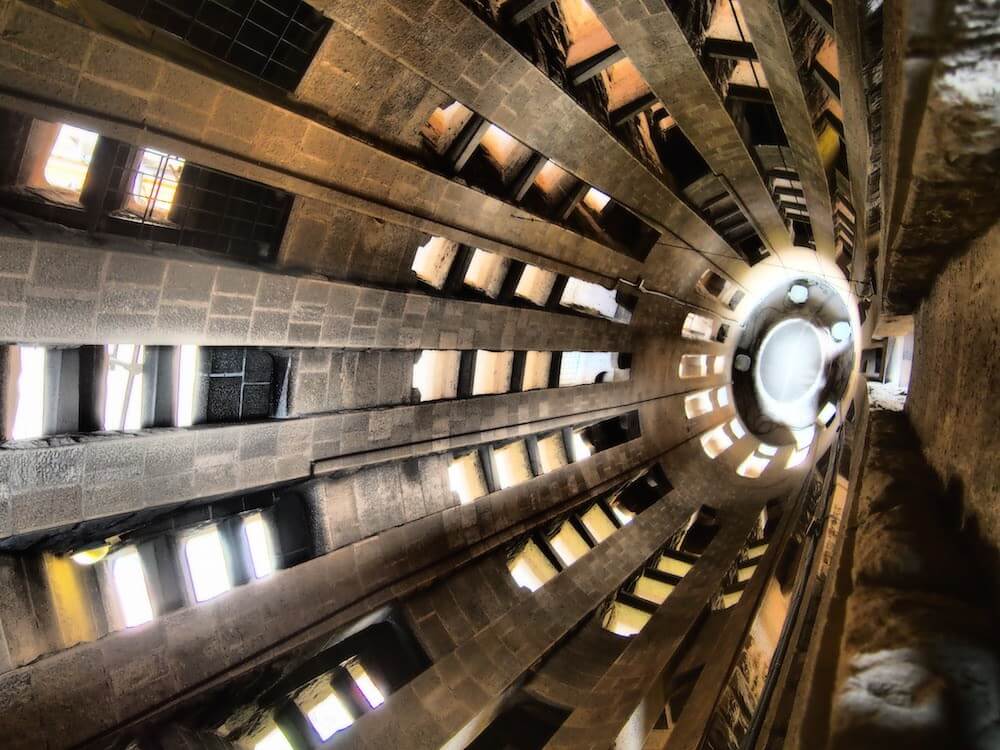 22. The Sagrada Familia is a UNESCO World Heritage Site 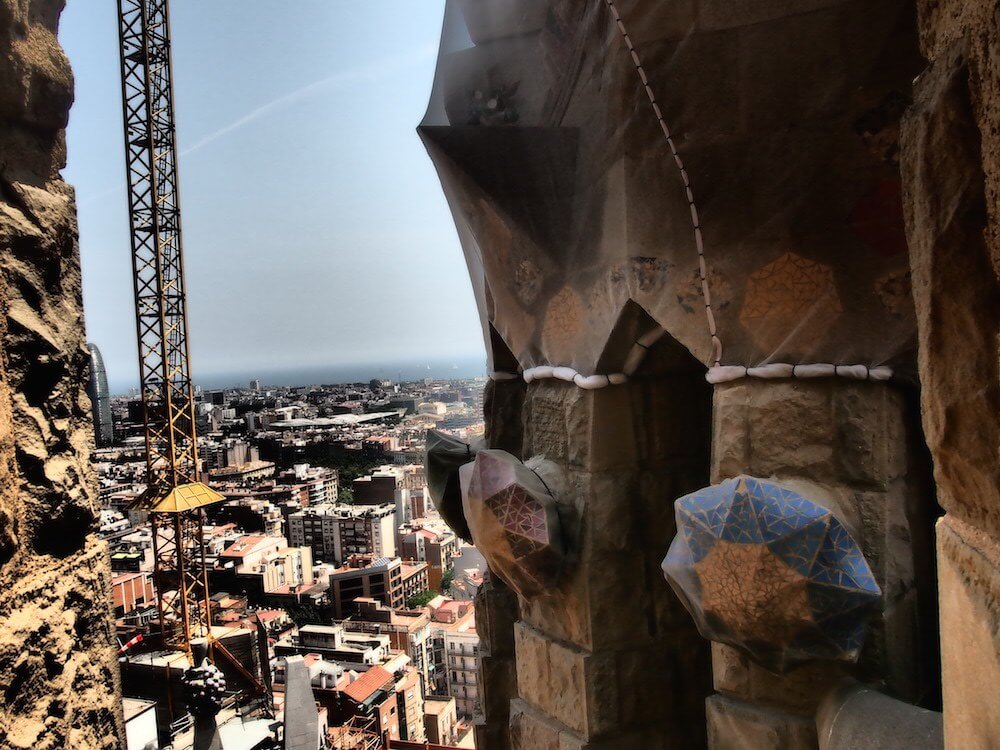 23. It’s one of the most incredible buildings I’ve ever been in or seen 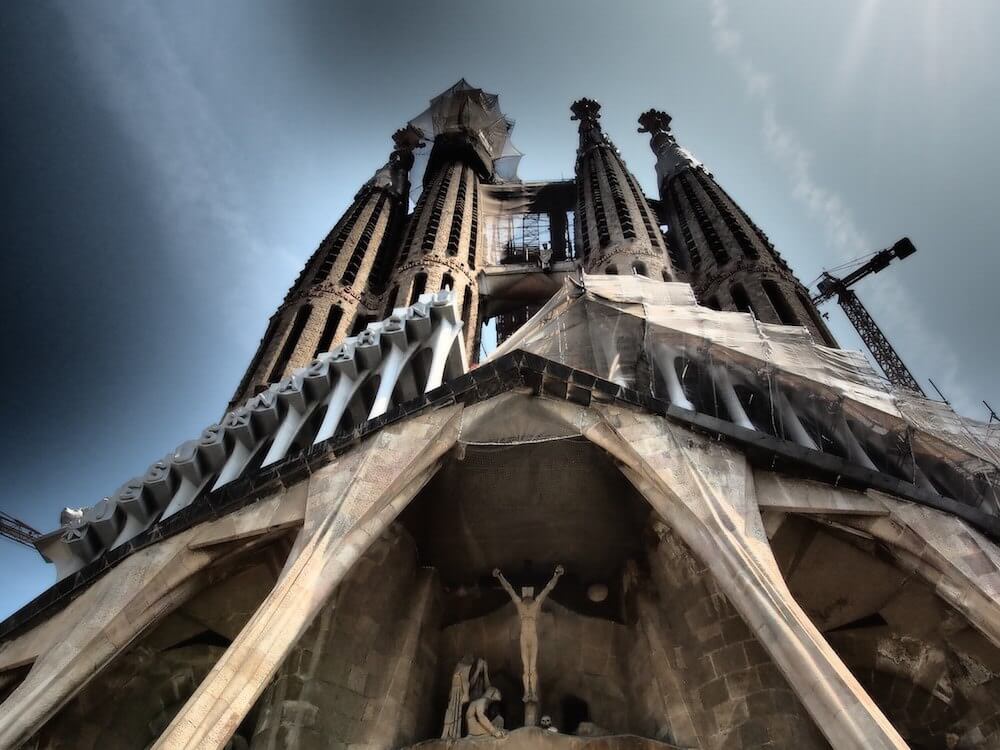 Gaudi is a legend in Barcelona and designed many of the most famous buildings. Work started in 1882 when Gaudi took over from Francisco Del Vilar, who got as far as building the crypt. He worked on the Sagrada Familia for 43 years, often sleeping on site.

It’s sad that after all that dedication and passion Gaudi will never get to see the Sagrada Familia as magnificent as it is today.

[…] Sagrada Familia, art critic Rainer Zerbst said it is probably impossible to find a church building anything like it […]

The Travel Blogger’s Guide to Barcelona

[…] (visit Calle Blai, where they’re all just a euro each). Gaudi made the city what it is and the Sagrada Familia is the most impressive church I’ve ever […]

This building is incredible! We stood inside for hours in awe of the design, the detail, the amount of time it has taken (and will take!) to build. Everyone should fork over the dosh (forgo a meal if you have to!) to see this building.

Definitely! It's one of the most beautiful buildings I've ever been inside, and I'd happily pay again actually :)

Ha! So I'm not the only one who needed to visit Barcelona more than once to visit the Sagrada? Funny.

The first time I went along with Franca to take a look but didn't venture inside because Franca had already been and I didn't really feel like separating for the day for me to go inside, so I skipped it.

Second time around and I convinced her to go with me - I'm so glad I did!

Not only was it magnificent for me, but it was brilliant for Franca too as on her previous visit the stained glass windows had yet to be installed; and as you can clearly see they really make a difference inside.