I Ate a Gaudi: The Ultimate Food Experience in Barcelona

Stood at the grafittid door of a warehouse unsure if we were at the right place, we knew that if we were, dinner was going to be awesome. When I was in Israel I met Andrea, the Global Development Manager for the shared dining experience site EatWith. She told me this ‘Hidden Gaudi Experience’ was the best EatWith experience she’d tried. Bearing in mind that at the time we were sat in a fairy light lit garden in a beautiful house in Tel Aviv, about to eat locally soured Eton Mess after our delicious fish course served on a mirror I knew it had to be good.

As soon as I had my trip to Barcelona confirmed I booked my brother and I in to try it.

Xavi and Nico welcomed us in, obviously totally used to the look of awe and admiration on our faces at the sight of their incredible flat. It was hot walk up the four flights of stairs, but once in the room the sweaty ascent was forgotten.

Just look at it… 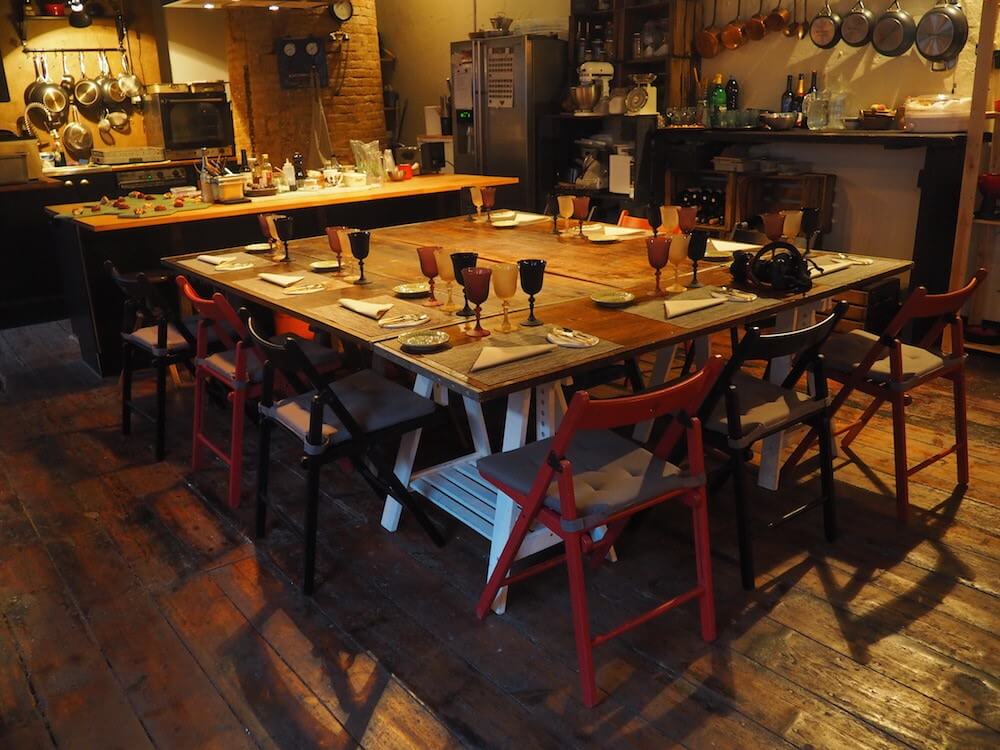 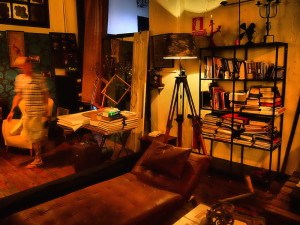 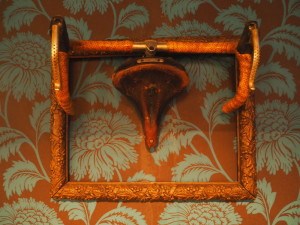 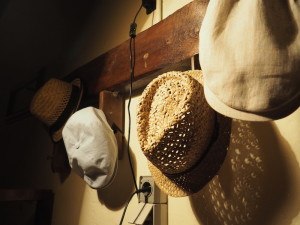 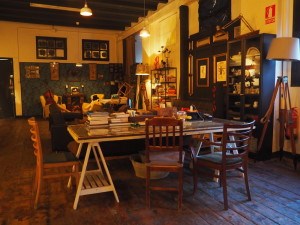 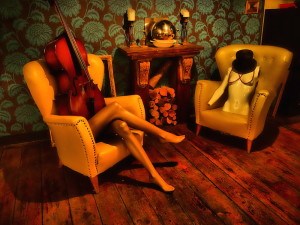 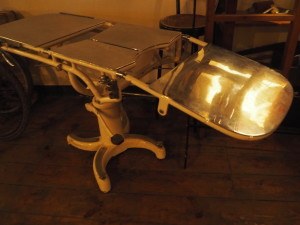 Awesome, quirky, unique and everything I’d want my future flat to be.

Joining us for the night was a couple from Oslo, who’d both just had huge tattoos done on their arms that day, a lady from London and two couples from Mexico and Spain.

But, anyway, onto the food. 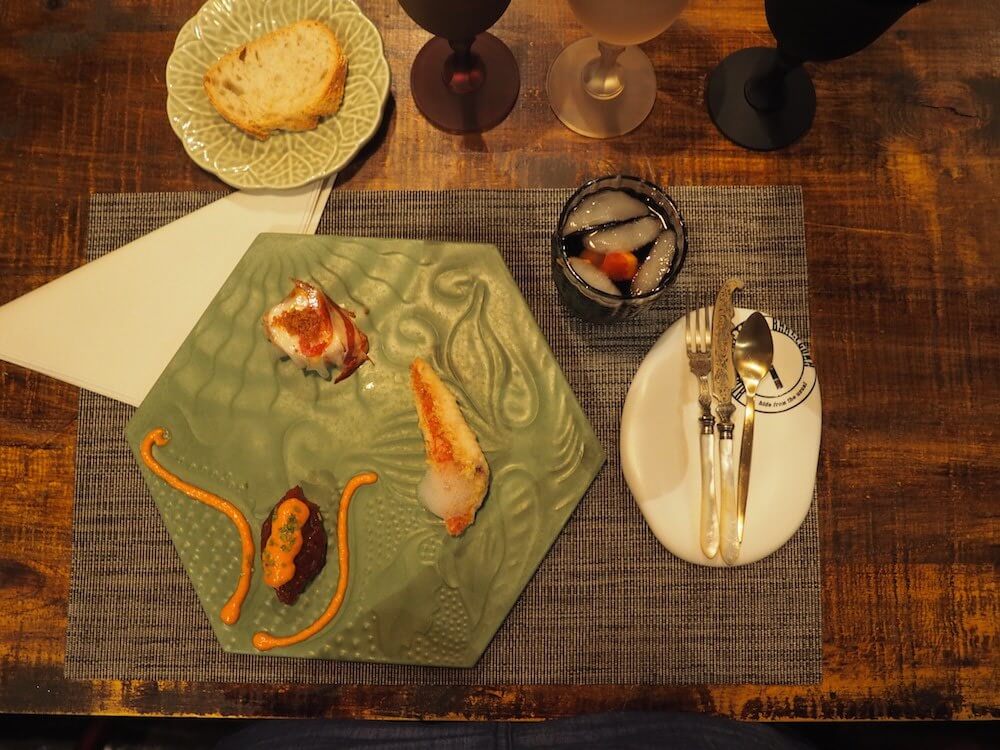 Served with vermouth, which came to Barcelona at the time of Gaudi “It’s the most Catholic dish of all, after three days of soaking in water it becomes alive, like Jesus Christ”

Catalans in the 15th century discovered cod as king of the fish, comes salty and dry.

Served with Grenache the local grape, carefully selected from local vineyards thanks to the barrel. The one thing, the one thing, my brother doesn’t eat is mushrooms. For his whole life he’s detested them and I could see him come over all funny as he realised what the next course was.

He went for it, deciding that if ever he was going to like mushrooms it would be now with this specially chosen, cooked and presented one. He gave himself a pep talk, cut a bit off, tried it, looked physically traumatised and shaken up, so I happily scoffed the lot for him.

Delicious for me, not so much for him.

Served with some sort of white wine I don’t remember – it went down a treat. 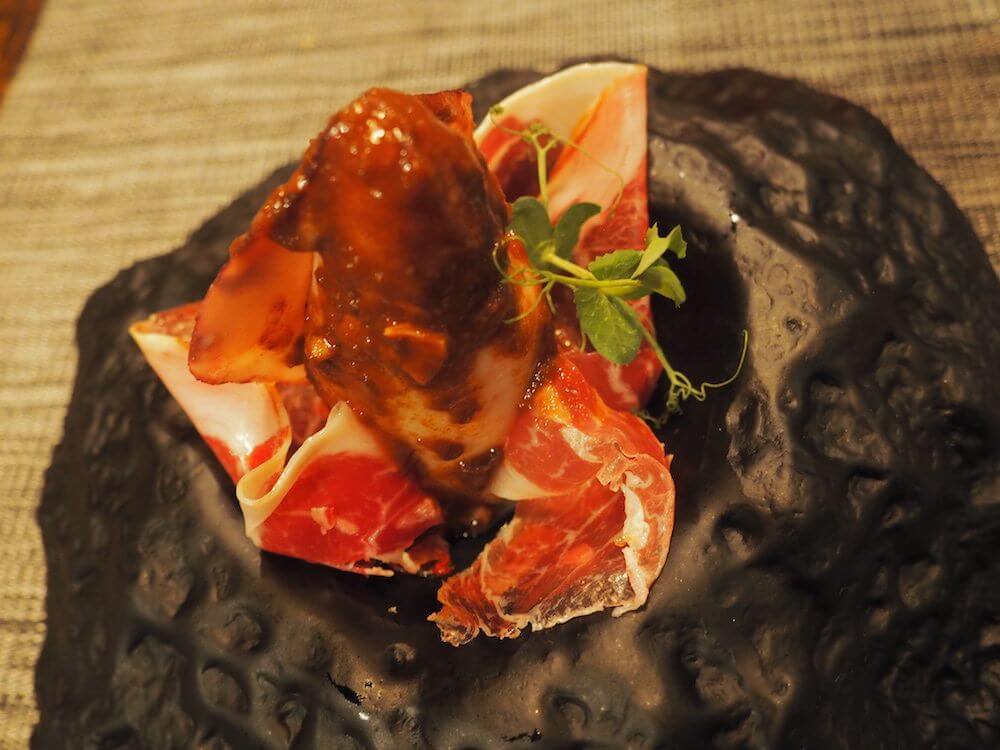 Xavi called it Parabolicart and explained to us how it reflected the shapes used in Gaudi’s creations throughout the city. It reflected his tower art.

It’s possible my double mushroom course endeavours ruined my appetite for this one, but it was just a few too many flavours for me and I couldn’t finish it.

Served with a red wine – it went down a treat, again. 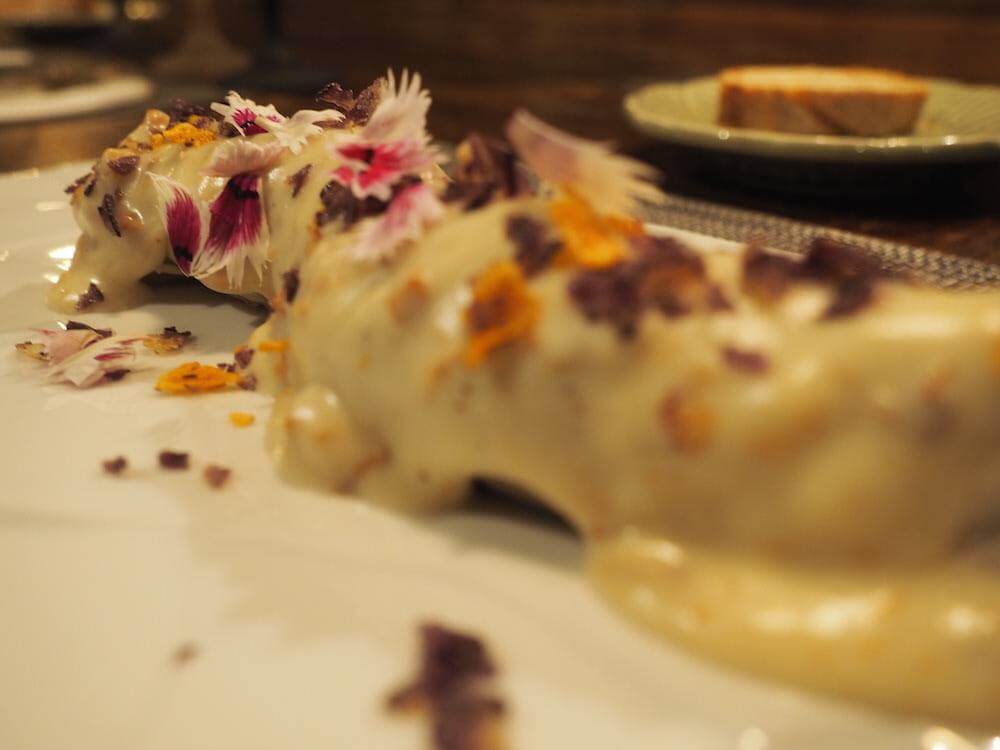 Another tasty course, although I was definitely filling up by this point. Great presentation and based on the snake in Parc Guell. I still ate it, obviously. Oh, that bon bon. Delicious. I’m so inexperienced in the kitchen it amazes me what people can come up with! 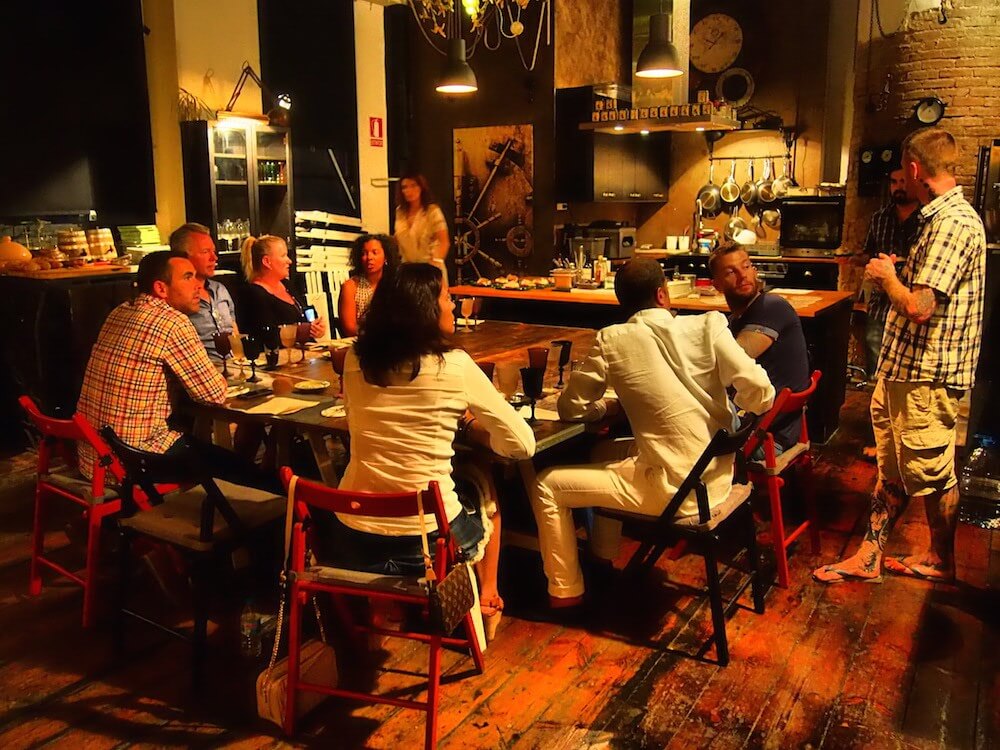 The whole night had been carefully thought out from the choice of cutlery to the background tunes. As the night went on all the music played was carefully paired with the courses as Xavi and Nico took us through the story of the meal.

The Hidden Gaudi Experience, was definitely an experience. From finding the warehouse to getting to the right door and just chilling in and admiring the flat beforehand. Seeing the table set out as it was and meeting Xavi and Nico was such a nice way to share an eating experience with locals.

We ended up having all kinds of chats from why we’d turned out like we had to the independence of Catalonia and Scotland.

How much was it?

I actually thought that was a really good price given all the wine we drank, the food and the care and prep that had gone into that food. 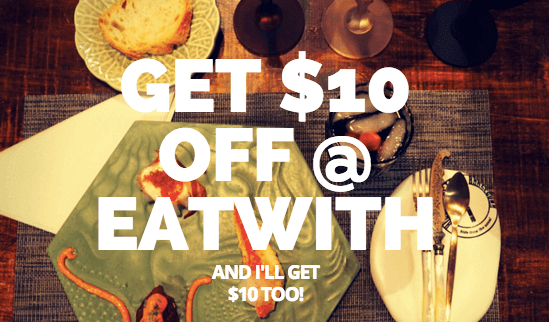 EatWith is in over 150 cities worldwide including London, Tel Aviv, San Francisco, Paris and Sao Paulo. You can use the $10 off anywhere!

23 Reasons Why You Need to Go Inside the Sagrada Familia
← Previous
The Detachment of Being a Travel Blogger
Next →
Click here to cancel reply.

I love the supper club experiences, they are becoming more and popular in Barcleona!

Yeah, I really enjoyed it too. I've done one in Tel Aviv, one in Barcelona and one in Knysna in South Africa and really enjoyed them all. I should definitely do more around the world. It's a much more interesting and intimate experience than going to a restaurant isn't it?

The Travel Blogger’s Guide to Barcelona

We've been to a few pop-up dinners at people's houses in the UK, but have never done it while travelling. I love the sound of it! The food all sounds amazing (bar the mushrooms - I'm totally with your brother on that one!) Also a great opportunity to have a nosey at other people's homes ;)

Oh yeah nosing round people’s houses is definitely the best part! As you can see Xavi and Nico’s was especially delightful. I’m planning on going back to Barcelona in a few weeks and am looking at doing some sort of paella one – they’re not all as expensive as this one. I love this whole shared economy thing of people looking after each other and peeping into each other’s lives.

I'd never heard of EatWith before and now I'm quite intrigued! I will be checking to see if there's something on offer at all the cities I visit now! :)

Yes, do! I'm going to do another one as soon as I have the opportunity :)

This sounds amazing - worth going to Barcelona for! Will have to check out the site too.

Definitely. I want to do one of the paella making classes next :)