It’s difficult to say how much you’d spend at SXSW – the amount is infinite. You can do it for super cheap – if you keep an eye on the free parties, have a friend to stay with and already live in the US. But if you don’t, like me, you could end up spending an absolute fortune.

Here’s a look at everything I spent at SXSW in 10 days from the start to finish of the festival. 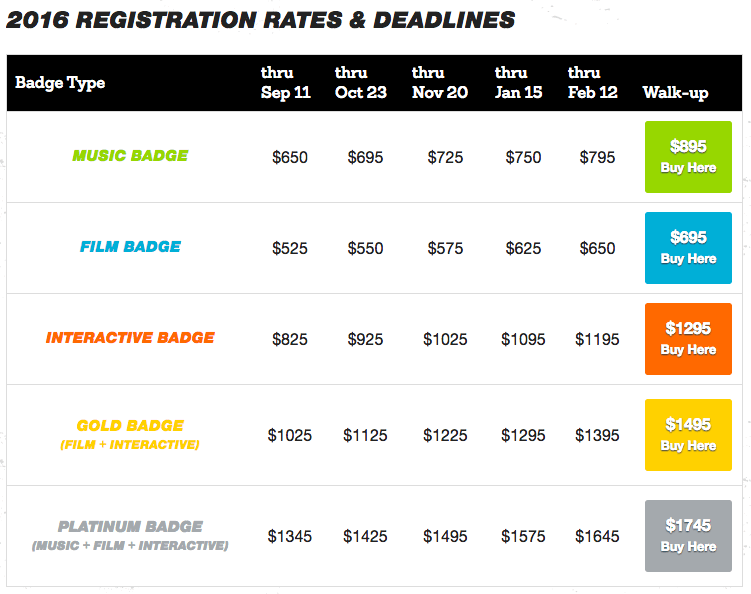 There was a time when I debated just getting an interactive ticket as the music line up didn’t look too good, and then I just thought that if I was going to do it I might as well do it and really go all out. So I bought the full access platinum ticket at $1575, in the fourth stage of purchasing (tickets go up closer to the time). I booked into Hostel International (left) before I was even certain I was coming – back on the 1st October. I didn’t book for long enough though and so on the 6th November I booked the remaining time at Drifter Jacks 6 nights. Lesson learnt there – just a month and Drifter Jacks was almost twice as much when it’s usually the same price.

I actually spent longer at each hostel at the start and end but I’ve worked out the nights that cover just the festival. I flew into Austin and am flying out of Minneapolis so this is obviously a little skewed, but just to give you an idea I paid £516.17 on the 20th December for my flight. So much food is free at SXSW but if you want something more than hostel porridge, free McDonalds and free tacos (pretty much what I survived on), here’s what else I bought.

I’d paid for the taco meet up above when I bought my pass as I thought it’d be a good way to meet people, but there was definitely no need for that expense. My most regrettable spend for sure! I was actually very lucky at SXSW as in addition to all the free food I got three dinners paid for me by friends – this incredible sushi boat (photo by Nick from NicksTravelBug), pizza one night and tacos another. But this is how much I spent so Ive left them out. As I said, most of the drinks were free over the 10 days. These were just a few little misdemeanours where I’d misjudged the parties. But for the amount I drank, £64 is not bad! 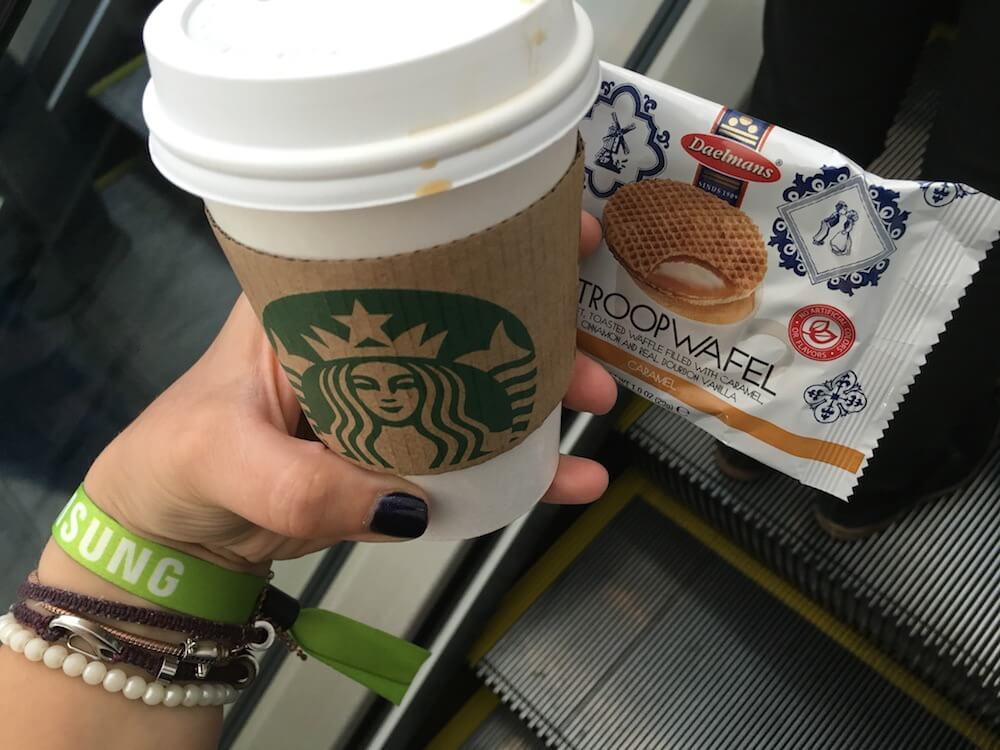 I bought coffee every day, from either Starbucks, Houndstooth, or Bat City Coffee in the Austin Convention Centre. The free stuff at the hostel didn’t quite hit the spot and I liked it as a reward for managing to get out of bed and Downtown.

8 Awesome Stops on an Austin to New Orleans Road Trip In my first hostel I tended to walk in a lot, even though it was 2 miles away. This wasn’t the best idea. I got tired, but it was so nice walking along the riverwalk on the sunny morn. When I didn’t walk, they seemed to just wave me on to the bus, not bothered whether I paid or not. Which was brilliant.

I also got two Lyfts, which is like Uber, seeing as they gave us all a $20 voucher at the festival, so those trips didn’t amount to much.

I’m going to have to estimate this one because they don’t give tickets on the buses. There was also a festival bus that went between the Convention Centre and the Alamo cinema but I never quite mastered it.

$5 on Lyfts (I had that free voucher) 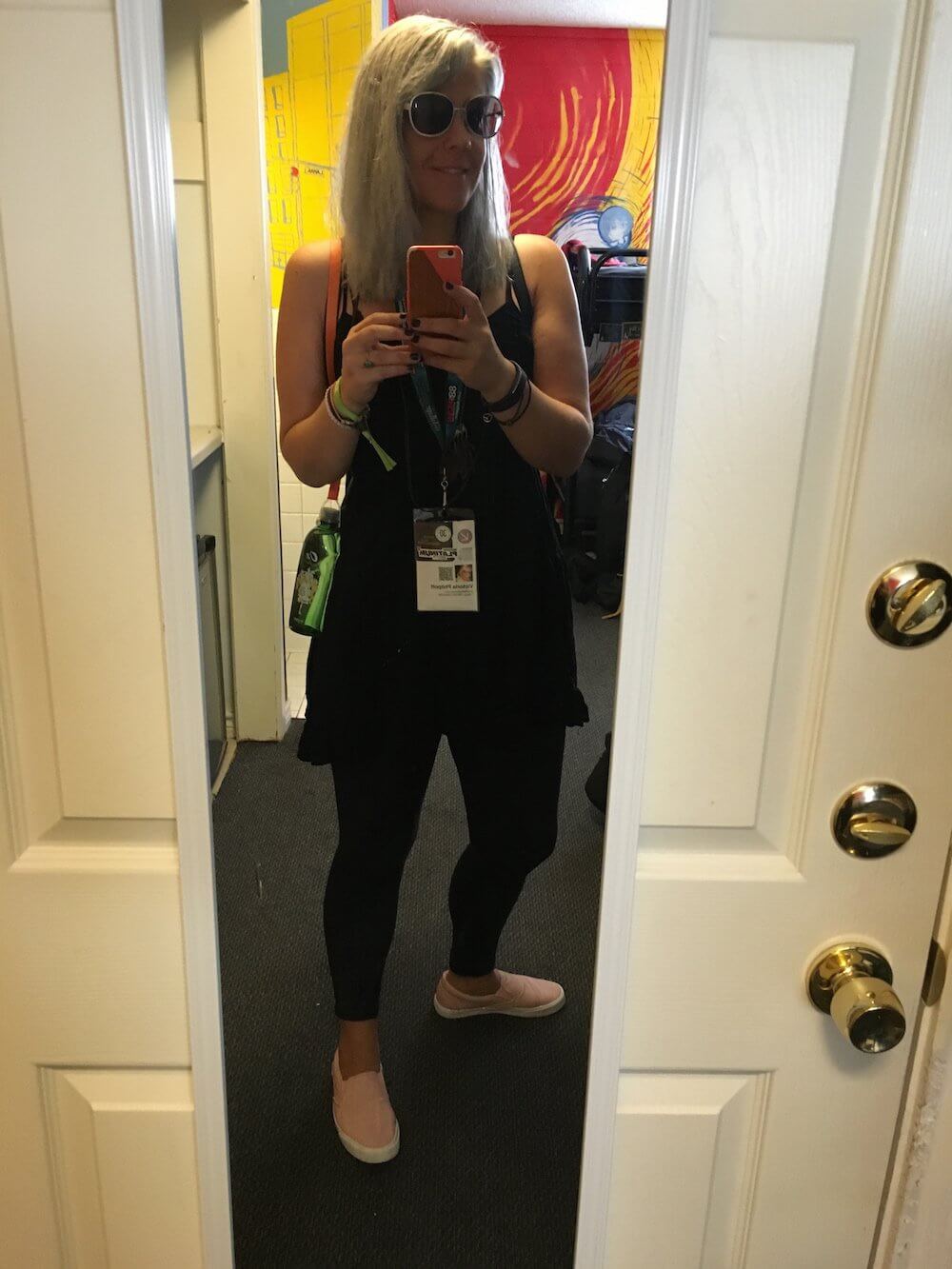 Socks – for that day when my feet were dying and it was only about 10am. I shouldn’t have walked two miles with uncomfortable trainers with no socks. I NEED FLIP FLOPS dammit. And then I accidentally bought kids socks which only fitted halfway up my feet. It wasn’t a good hour for me. – which is the difference of what has actually gone from my purse
(which I presume I’ve spent on water, or other drinks / food, I guess, who knows… )

But, after ticket, flight and accommodation, I actually only spent £21 a day and ate and drank like a trooper with constant entertainment from 9am to 6am (my latest night!).

Some of the best days of my life with free drinks, free food, incredible entertainment and a brilliant experience = priceless.

Is SXSW more or less than you thought?

I’m gonna say more because that pass price is a SHOCKER right?!