I presume you’re going to Sonar for the first time because you’ve heard how blummin AWESOME it is?

Sonar is up there with the festival top dogs and it’s easy to see why. There’s the Barcelona location for starters (whoever needed convincing to take a trip there?). Then there’s the epic lineup, the creative workshops, cool citywide locations, link ups with other cities and the glorious sunshine. 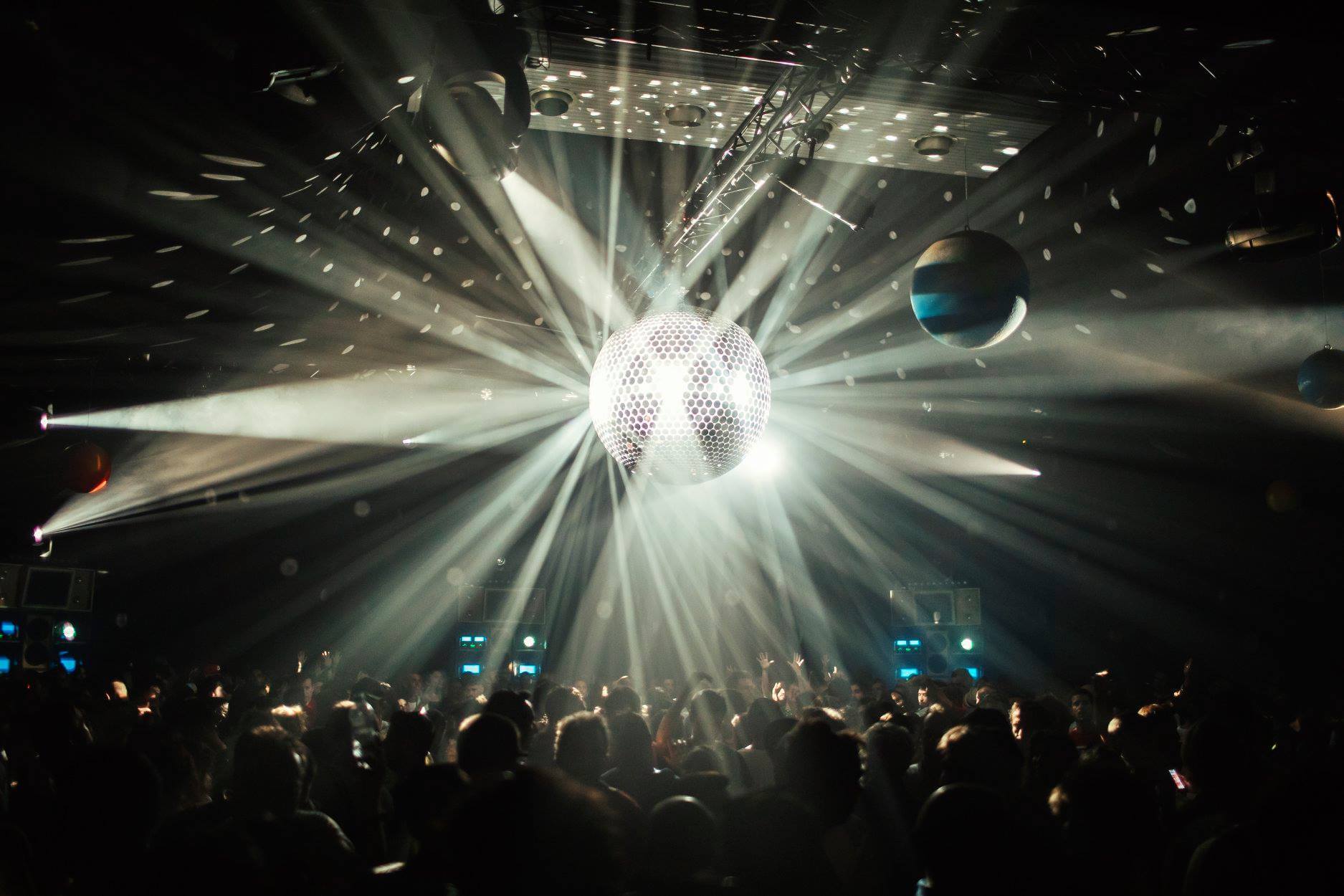 Unlike any other festival I’ve been to, there are a few things to get your head around at Sonar Festival though, so let me give you the breakdown.

The festival takes place over three days in mid July – in 2019 it’ll be the 18th to 20th. The reason it’s fast become the godfather of music festivals is because it’s split into different parts across the Catalonian capital.

First, there’s Sonar by Day. This is the day time line up located in Fira Montjuïc, a conference area by Placa Espana. It’s easy to get to and showcases great acts like Bjork, Skrillex and DJ Nobu. Come nightfall, the party heads further out of the city to Fira Gran Via.

Here, there’s more of an underground industrial vibe and this is when you need to get on the Red Bull because it goes right through to 8am.

Aside from the various musical acts, you can also take some time to get a little creative with Sonar +D inside Sonar by Day.

Following up on the tagline ‘music, creativity and technology’, it hosts workshops, talks, shows and interactive experiences to explore creativity and the future. It’s where you get your networking on and talk to visionaries, innovators and people of the arts about all things art and tech.

But the party isn’t limited to these two locations or to these few days. Embracing the effect of the festival on the whole city, other venues including rooftops, parks and bars, nightclubs and even museums, host off-sonar parties all week long that are often considered better than the festival itself.

Initiated by Barcelona residents as a protest to the rising cost of Sonar tickets, you can visit the city without a Sonar ticket and attend amazing musical events for a fraction of the price.

So that’s how the festival works, but there’s a lot more you need to know to survive it. 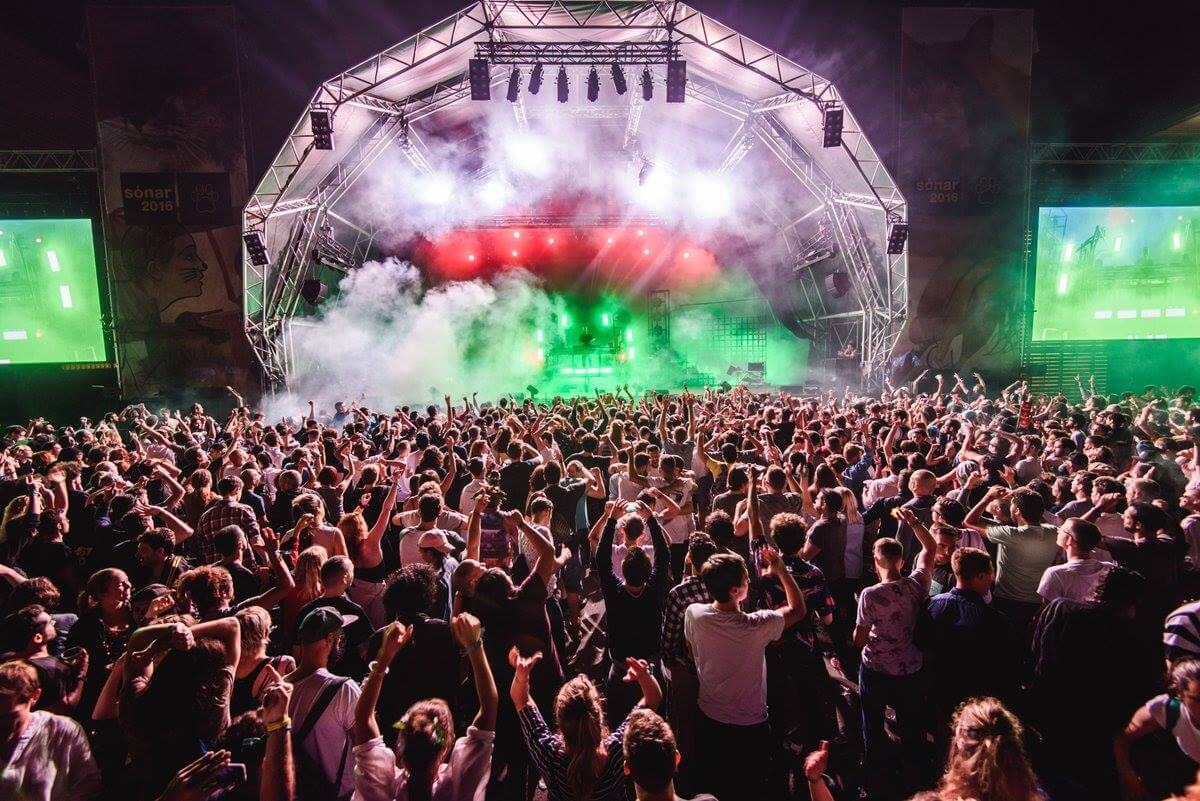 1. Get your ticket early on

Tickets go on sale pretty soon after the festival but that doesn’t mean you’ll have missed your chance if you don’t nab them then. While you’ll be more likely to get them at a cheaper price (€170), you can buy tickets throughout the year, even on the weekend itself.

Opt for a full weekend or go for a single day or night ticket so you can mix it up with the off-parties.

Don’t be turning up with a tent. Sonar is not a camping festival and naturally prices for accommodation are pretty high at the height of summer in the Catalonian capital. Do yourself a favour and book your hostel, Barcelona hotel or Airbnb as soon as you’ve got your ticket.

I know it’s a festival and it’s supposed to be about letting loose but Sonar spans three days from 1pm until 8am every day, and that’s a lot of music to try and catch. So check out the programme beforehand and work out if you need to be at Sonar by Day and Sonar by Night each day.

By opting for one or the other you can conserve some of your energy and make sure you’re taking a break from the heat while also squeezing in some tourism time.

Want to see your favourite DJ at 10pm? Arrive at the venue at least an hour beforehand to give yourself enough time to find your way there, get through the necessary checks and make your way to the stage.

Both day and night time Sonar, although easy to get to, will likely be a bit away from your accommodation. And when you come bopping out the festival it can be all too tempting to jump in a taxi but that can cost you beer money.

6. Leave the cash at home

Stepping into the future, Sonar is a cashless festival so when you first arrive you’ll be given a wristband you can top up. Then, whenever you queue for drink or food the credit comes off that instead. If you’ve put on a little too much you can claim the cash back once the festival is over or continue to top it up at the cashless points over the weekend.

Unfortunately, Barcelona has a bad reputation when it comes to theft and at a festival like Sonar inhibitions may be a bit lower making it a prime location for pickpocketing.

If you lose your ticket there’s no replacing it and losing your phone can mean hours looking for your amigos so be super vigilant and have everything you need hidden on your person. Backpacks are a major no.

8. Go for the pre-fest beverages

If you’re not heading to the festival first thing and perhaps want to enjoy a tipple before paying festival drink prices, spend some time relaxing on the beach. You can have a dip, regain your energy and enjoy €1 mojitos with views of the sea.

Check out my Barcelona video

for what to do after Sonar Festival!

What to Do in Barcelona for 3 Days

15 Free Things to Do in Barcelona

5 Things You DEFINITELY Need to Do in Barcelona