I went to Dracula’s Castle in Transylvania for Halloween. Surely the most worthy and best place to spend Halloween… in the world?

I was invited on the annual G Adventures Halloween party tour along with a few other travel bloggers, and 200 witches, demons, day of the dead ladies, vampires, sharks, zebras and pirates, to party in and around Bran Castle. The castle where Dracula lived, according to his creator and author, Bram Stoker. 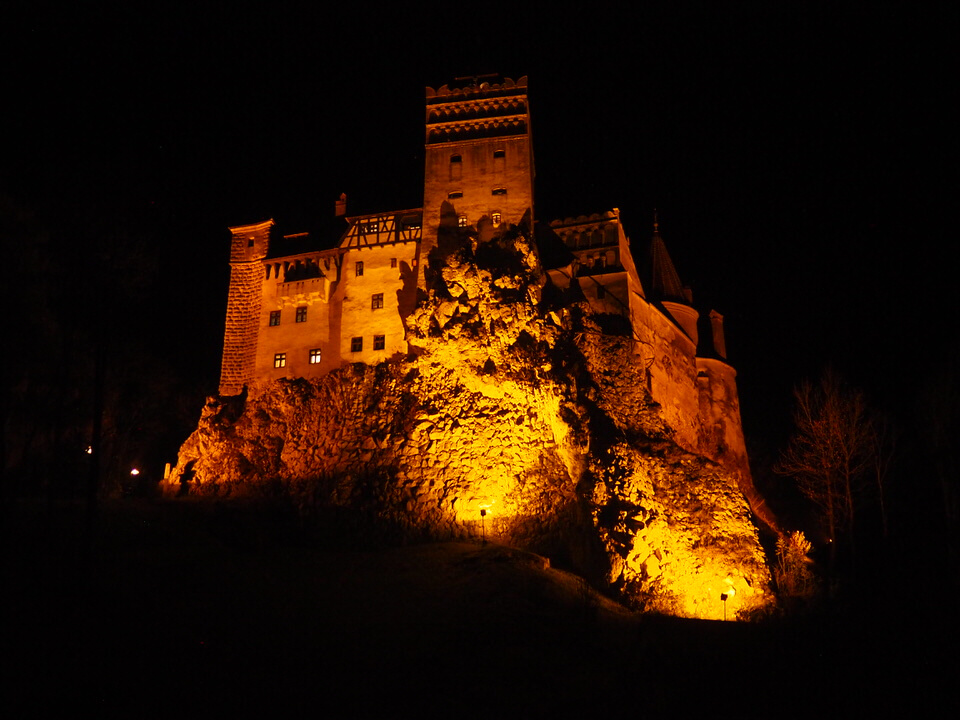 I mean, Bram never actually visited the castle, his residence has never actually been officially confirmed and Dracula is fictional, so you kinda have to use your imagination there. BUT what is true (depending on who you talk to) is that Vlad the Impaler called Bran Castle Home for a few years. 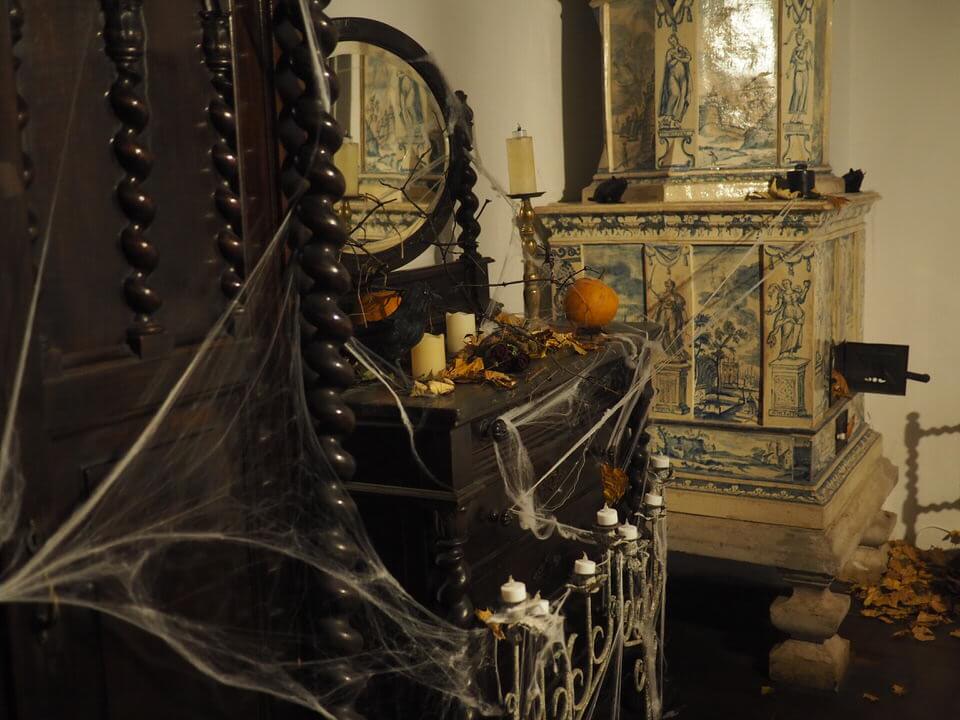 And, he committed more horrible tortures and crimes than Dracula ever could in his 100s of year on earth. Vlad the Impaler was a MEAN man.

But, let’s get back to the history lesson in a bit. Most important things first… the G Halloween party at Dracula’s Castle.

Watch my video of the Halloween at Dracula’s Castle Experience!

So, we’re in Romania, but you know that’s where Transylvania is. A country that was top of my list for travels back in 2012 when this whole ‘travel blogging for a job’ thing started. Romania was the second country I visited when I gave up my full-time employment.

So I’d actually visited Bran Castle before, on a normal August day.

This time though, Halloween. Spooky. 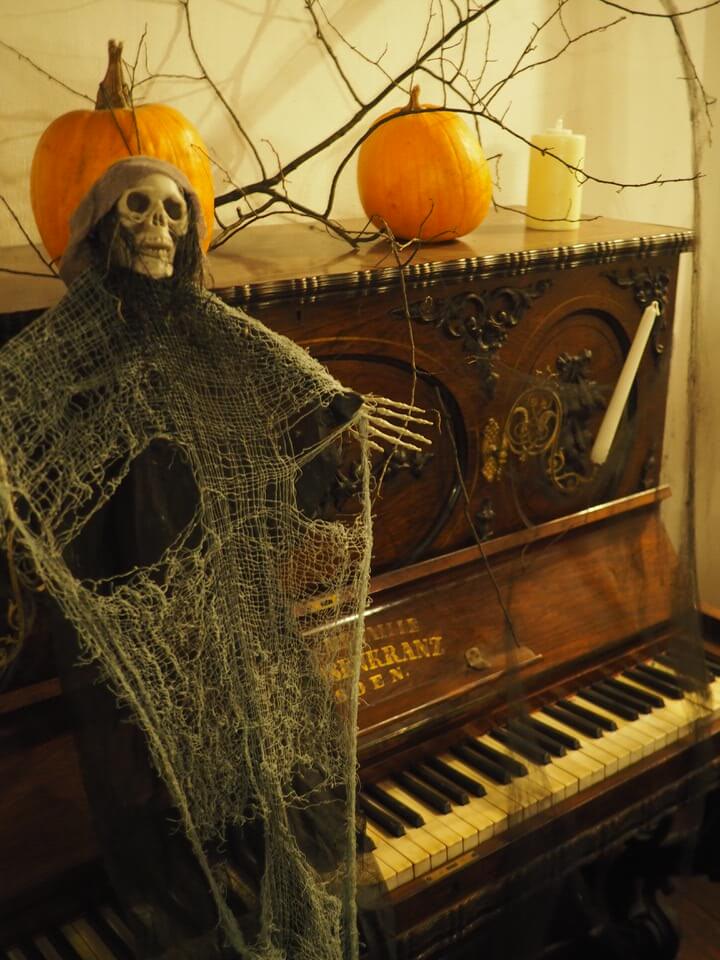 We arrived into Bucharest, 3 hours 30 from London Heathrow. Unfortunately the flight was late meaning my afternoon in Bucharest was out, BUT, the evening meal at Caru’ cu Bere was in.

We had a whistlestop tour walk through the city to get to the centre from the G Adventures hotel. It was great to be able to chill after the flight before the official tour began. I’d totally recommend you arrive in Bucharest a day or two before though to really enjoy the city at your own speed. And I’d definitely recommend you visit the Caru’ cu Bere restaurant one night too. The delicious Liliac Transylvanian wine became our wine of choice during the trip (ended up buying some at the airport), and their meaty dishes looked yum. Unfortunately I didn’t make the best choice with the Romanian carp and polenta, but there’s a lesson for you – go meaty.

And for dessert, we ordered one of everything, almost. Tiramisu, traditional Romanian Papanasi donuts, apple strudel and some sort of sweet cheese strudel too. The apple strudel definitely came out on top for me. It was such good value, there was Romanian dancing and their decor was wonderfully traditional.

We attempted to go to karaoke round the corner for our evening entertainment, but then realised we’d have to watch drunk people for an hour before we could go on for our turn, so called it quits and went to bed. Ready for Halloween at Bran Castle!

Halloween in Brasov, and at Dracula’s Castle

Halloween just so happened to be on a Wednesday in 2018. We were up for breakfast at the hotel in Bucharest, and then on the G Adventures private bus for 10am, for the four-hour journey to Braşov. 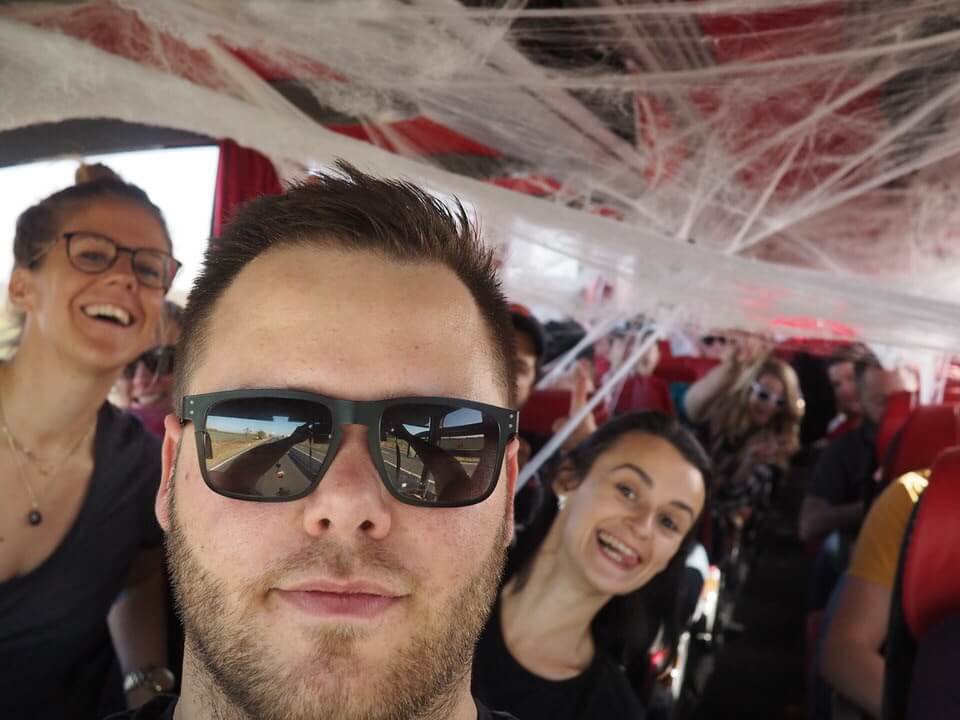 I love a long journey – just staring out the window at the mountains, the locals, the shops, cars, fields, towns and villages. A rolling film of life in Romania. And it was a beautiful blue sky 23C kinda day too. I was happy.

Stefano and Johannes, our G Adventures CEOs (Chief Experience Officers) were brilliant, the whole trip. It started with them encouraging us all to decorate the bus with spiders and spiderwebs, and checking the facts the bus collectively knew about Bran Castle. Didn’t seem to be many TBH. 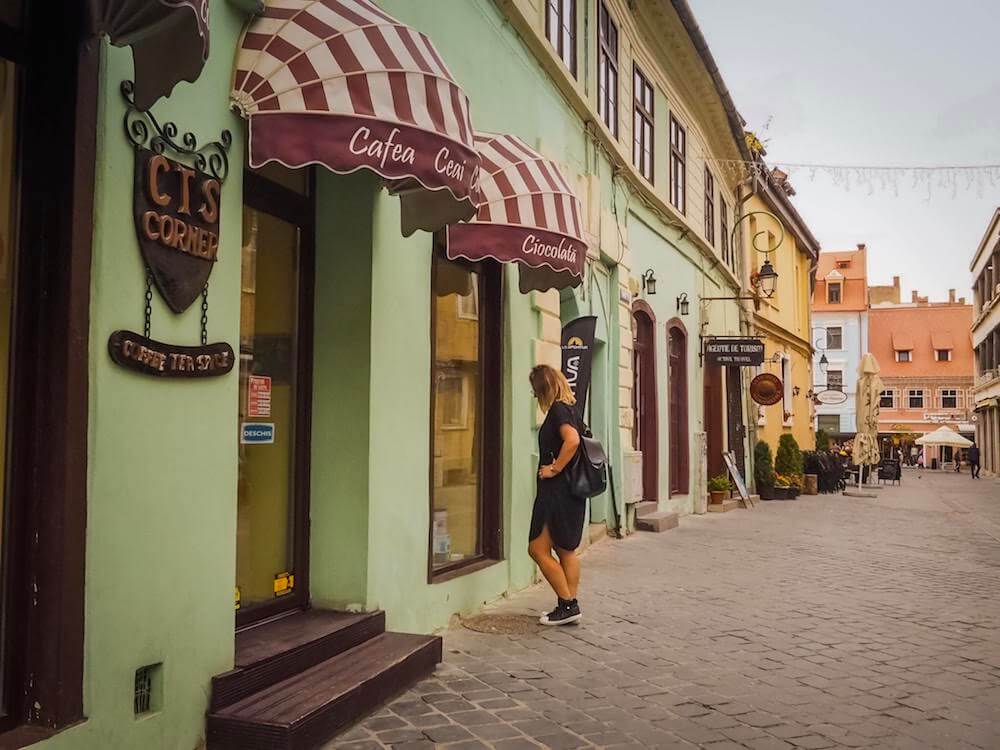 But anyway, with a quick toilet stop halfway, we arrived into Brasov – a cute little city where our group were staying for the trip.

There are a few different price options for the G Adventures Halloween trip, from dorms, to hostels and hotels. You can take a look at the prices and options here. The 3-day tour I was on will be posted soon!

I was all out, splash the cash, hotel in the centre of Brasov. Loved it. After lunch in Brasov, with a beer or two, it was time to start getting ready for the party. I decided to go as a zombie pirate, as you do. Already had the costume, but had to play around with contouring eyeshadow on my face in the appropriate places – I think I did ok. We were a motley bunch, us bloggers – Handmaid’s Tale, mermaid, monks, zombie zebra, Malificient, devil, and a present. We met outside the hotel and got taxis up to the party, 45 minutes away. Perfect chance for a disco nap in the taxi for me.

We arrived, and went off for a 45-minute tour around the castle, included in the price. We were told all about Vlad the Impaler, shown where Dracula apparently signed his deal with the devil, and taken out on the top of the castle to admire the views over Bran.

Watch my live-ish video from Bran Castle, from Facebook!

Everyone was so dressed up, it was amazing. My favourite fancy dress was the Hocus Pocus ladies, oh and the white witch too. One lady was wearing all black and then had plastic snakes wrapped round her head as Medusa. Definitely my Halloween outfit for next year, loved it. 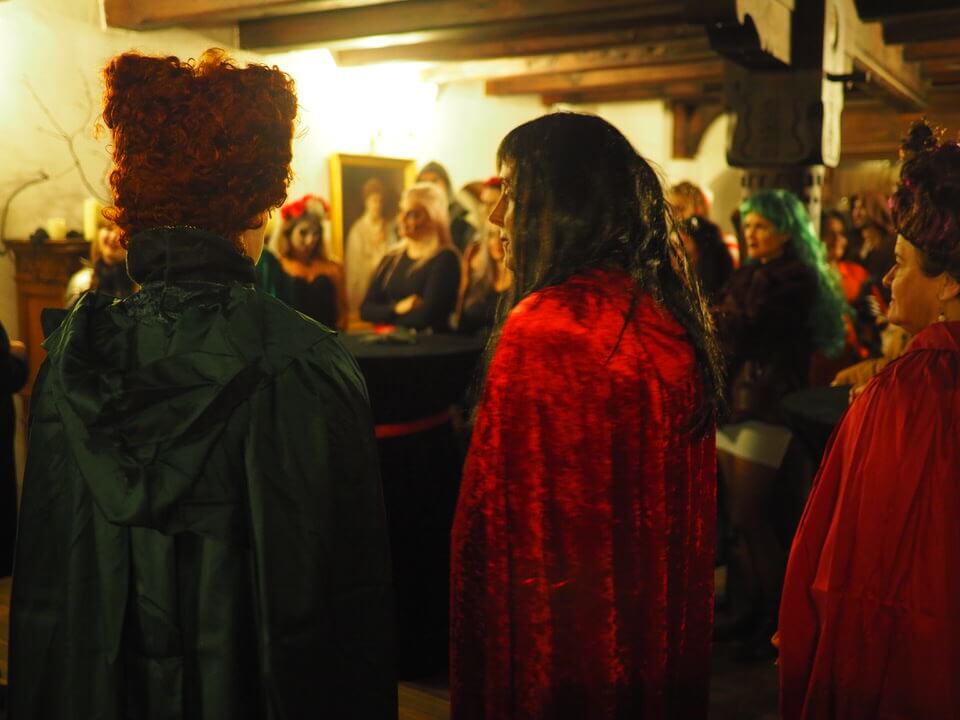 We had a buffet dinner after the tour, with sandwiches, hot stews and an apple cake dessert. And then it was time to party!

There was a party in the castle, in the courtyard bit, and then another one in the Teahouse, at ground level. Both had DJs and all kinds of music from 70s, right up to today, with a bit of line dancing thrown in there too. 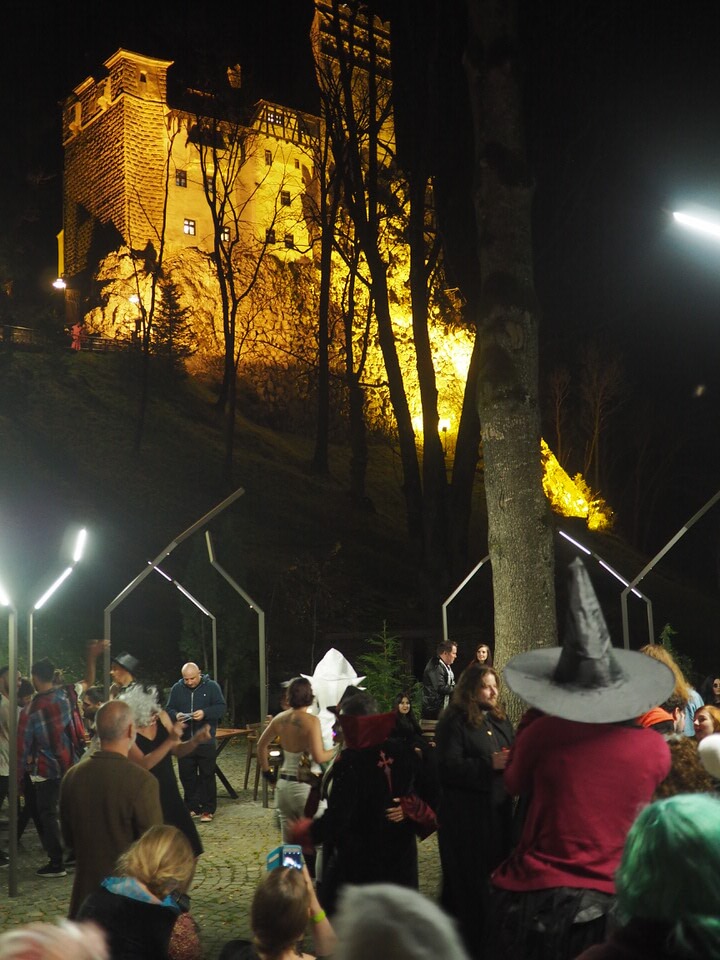 We ended up dancing, drinking and chatting until about 3am, when we got one of the G Adventures buses back to Brasov. And bed.

5 coolest things about the Halloween trip with G

1. The historic castle is totally decorated for Halloween.

2. You get to look around by yourself as much as you like.

3. There’s wine, and endless gin and tonics, in a castle, in Transylvania.

4. Dancers from Cirque du Soleil were there, doing their thing.

5. The fact everyone made a huge effort in dressing up. So, back to Bran Castle and a super quick history of the place, just to put it in perspective.

The history of Bran Castle is an interesting one, that plays out over six centuries. It’s one of the most picturesque fortresses in Europe, in a stunning location in the Bran-Rucar Gorge on the way to the Carpathian Mountains. In the past this was a key position for trade routes, and for defending military invasions. The castle has an amazing 57 rooms (I think I went in about 15) and the ones you can see today were decorated and designed by Queen Marie in the 20s. She was the last queen consort of Romania and the granddaughter of Queen Victoria. During WWII Queen Marie’s daughter, Princess Ileana, turned the castle into a hospital. 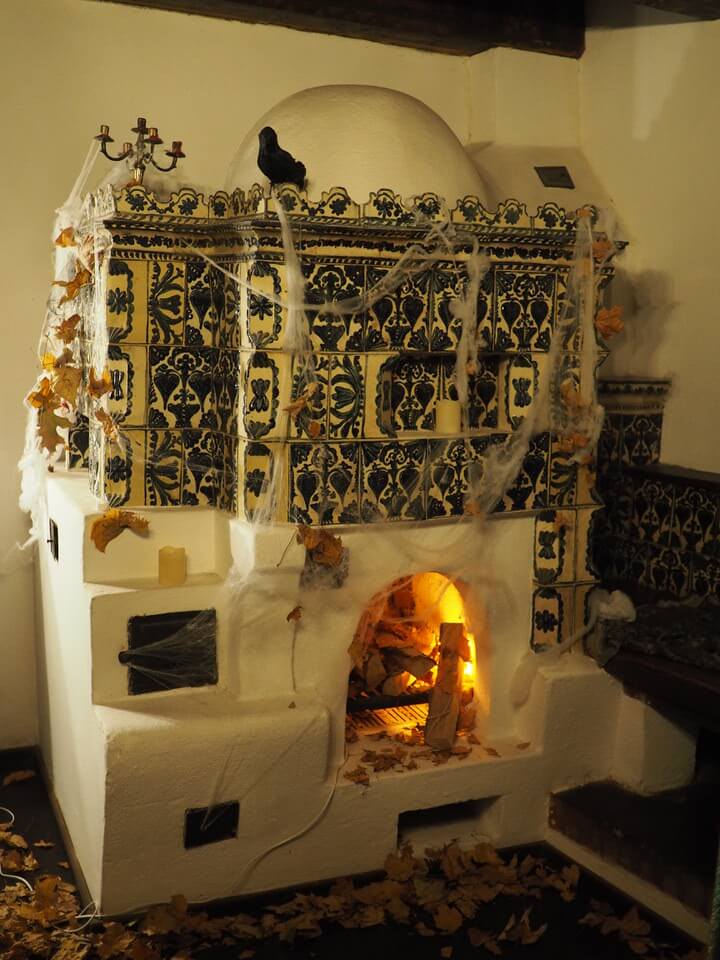 Today the castle features furniture, costumes, weapons and armour from days gone by, as well as the torture devices used my residents and people of the past.

Unfortunately it was dark for the duration of my visit, but I’m told that on sunny days you can see right out to the peaks of the Mountains Bucegi and the photogenic Piatra Craiului Mountains. But where does Vlad the Impaler come in?

Well, according to legend, Vlad the Third of Wallachia, aka Vlad the Impaler, was imprisoned up in Bran Castle for two weeks. He was also known as Vlad Dracul, thanks to his dad being a member of the House of the Dragon. Many believe he was the inspiration for Bram Stoker’s Dracula.

From what I’ve learned, and read, there’s no definite or correct answer for why Vlad is such a symbol of the castle, if he was only there for two weeks, or how Bram Stoker chose it. But, legends are fun to believe, and the threat of Vlad the Impaler and Dracula being at the castle, make the whole experience all the spookier.

I choose to believe.

What you can expect from the G Adventures Tour 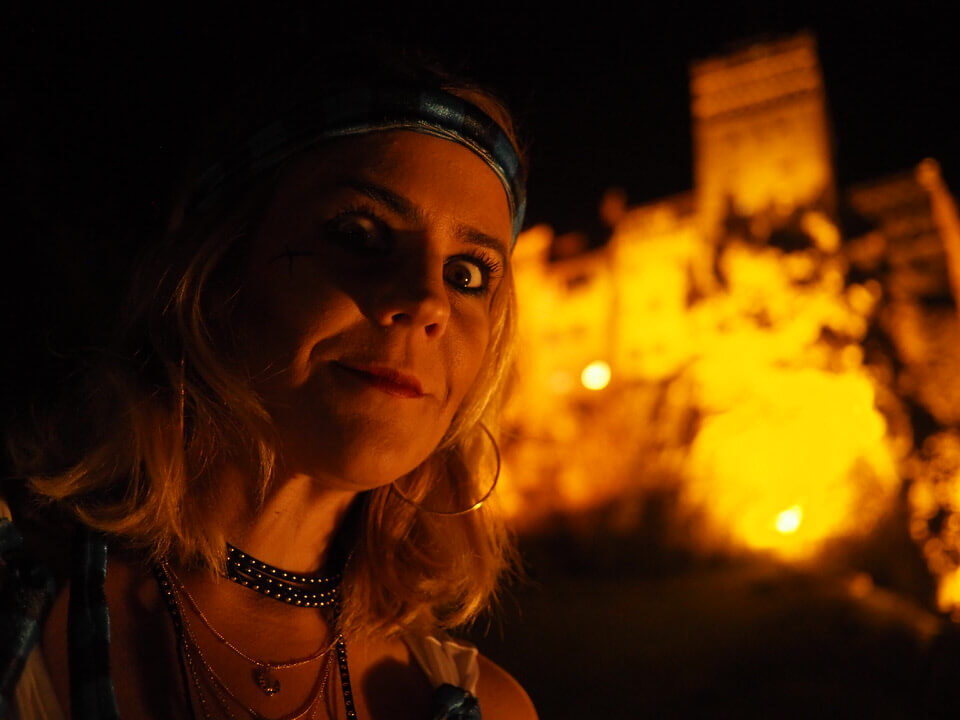 There is actually a 7-day Romania tour with G Adventures, which is more popular and been running longer than the 3 day I was on. Click here for the details.

The 3-day G Adventures tour starts in Bucharest. Go early to have a look round this pretty city. On the day of Halloween you’ll get your coach transfer to Braşov, or to one of the camp sites or hostels in Bran. It depends which option you choose. 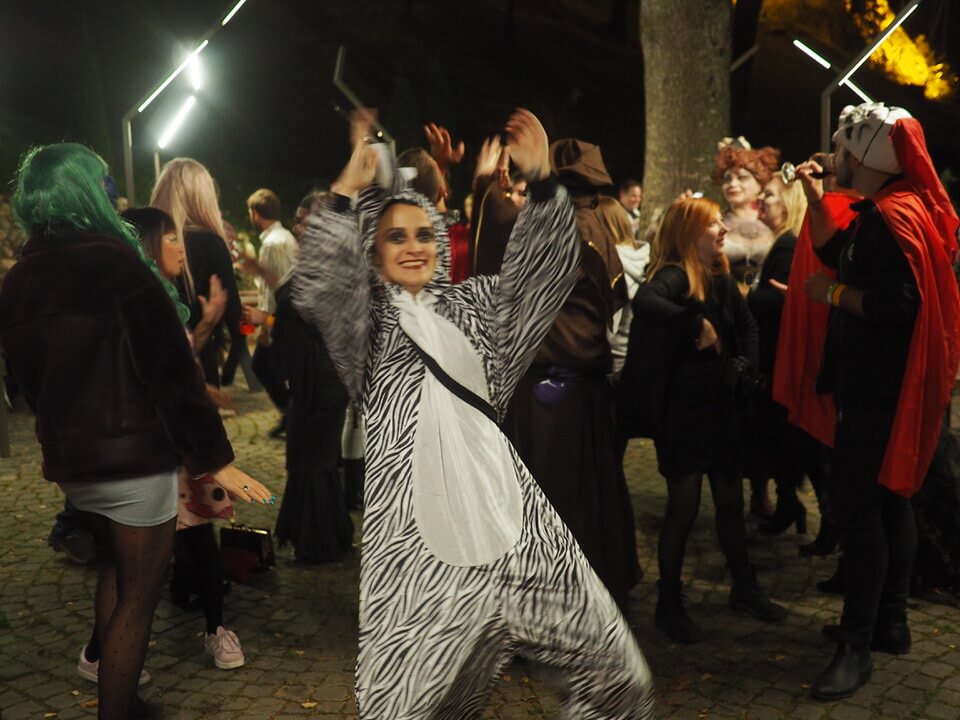 You’ll have the afternoon to either look around Brasov or Bran, get some food and drink, or just spend your time getting ready for the party.

Our ride for Bran Castle left Brasov at 6pm to get up to the castle. We walked across Brasov Square in our fancy dress, much to the amusement of all the people taking photos of us. 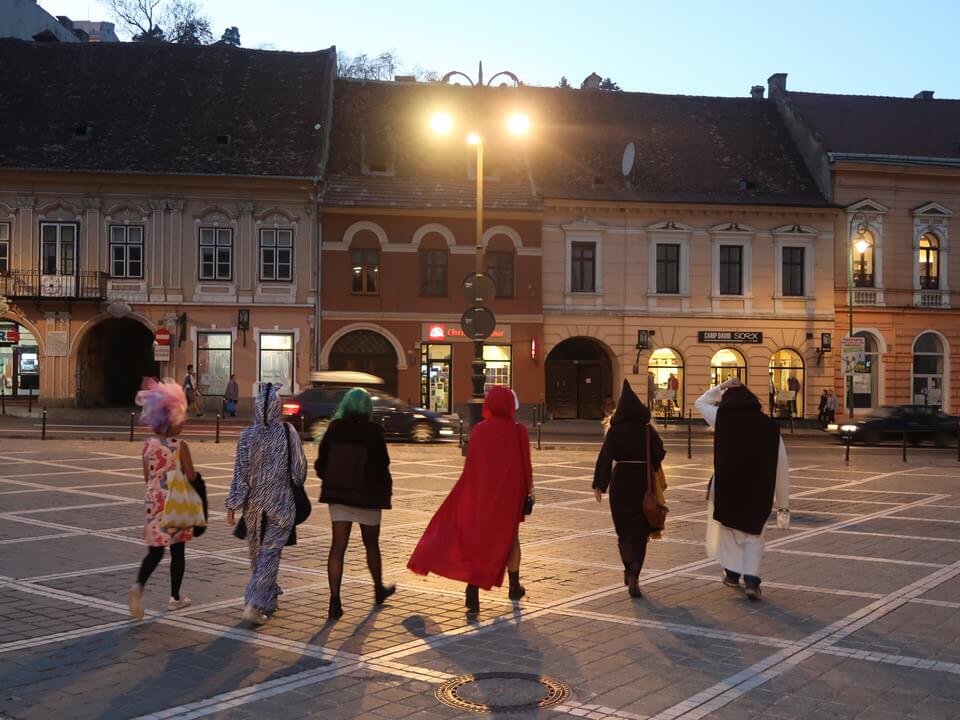 And then, water and a dinner buffet are included all night long. 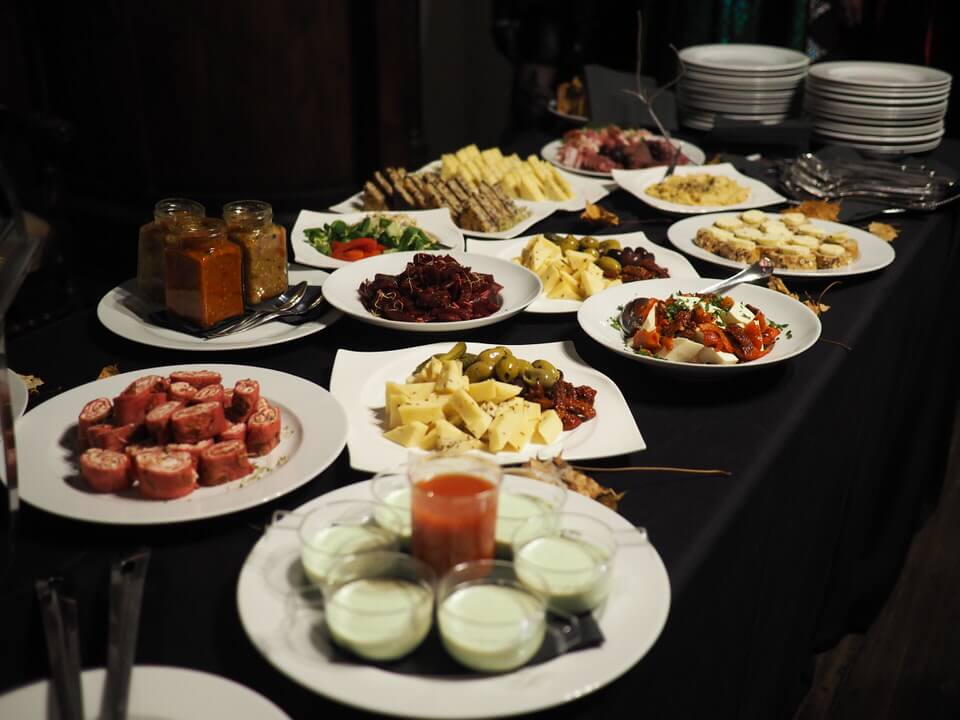 From the on you can enjoy the party in the tea house looking up to the castle, the party in Bran Castle courtyard and fun in between. There were the Cirque du Soleil dancers, a flame thrower and a fancy dress competition too.

Your CEO will be on hand to party with you and to help if you need.

Coaches went back to the various accommodation every 30 minutes to an hour, after midnight, and the journey back was all part of the fun, for some. Others may have gone a little too crazy on the Romanian prices for booze. 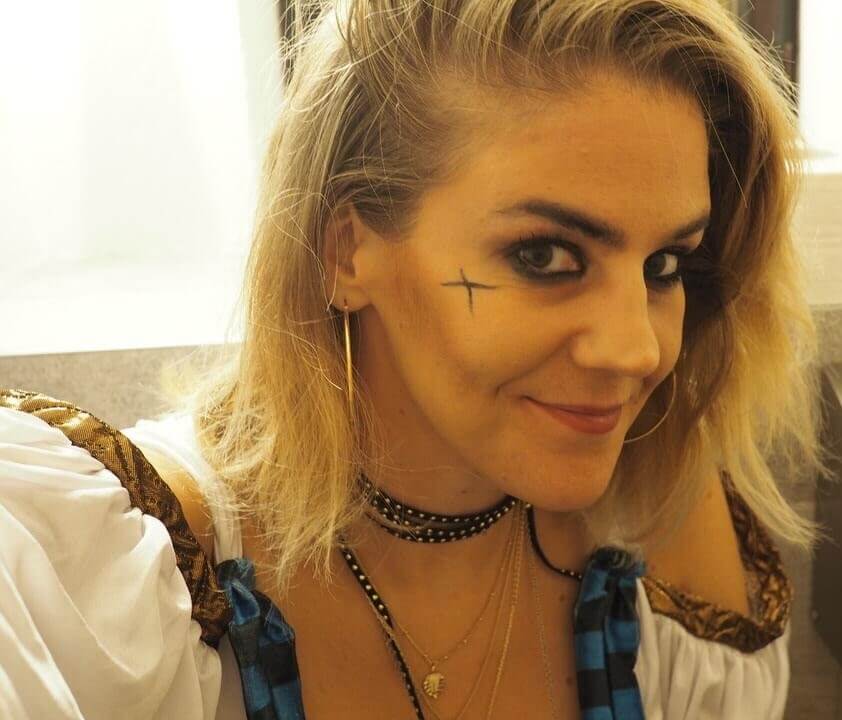 Apart from that it’s just your normal clothes for a chilly but fresh weekend in Europe, although we were lucky and you might want to pack something for the rain. 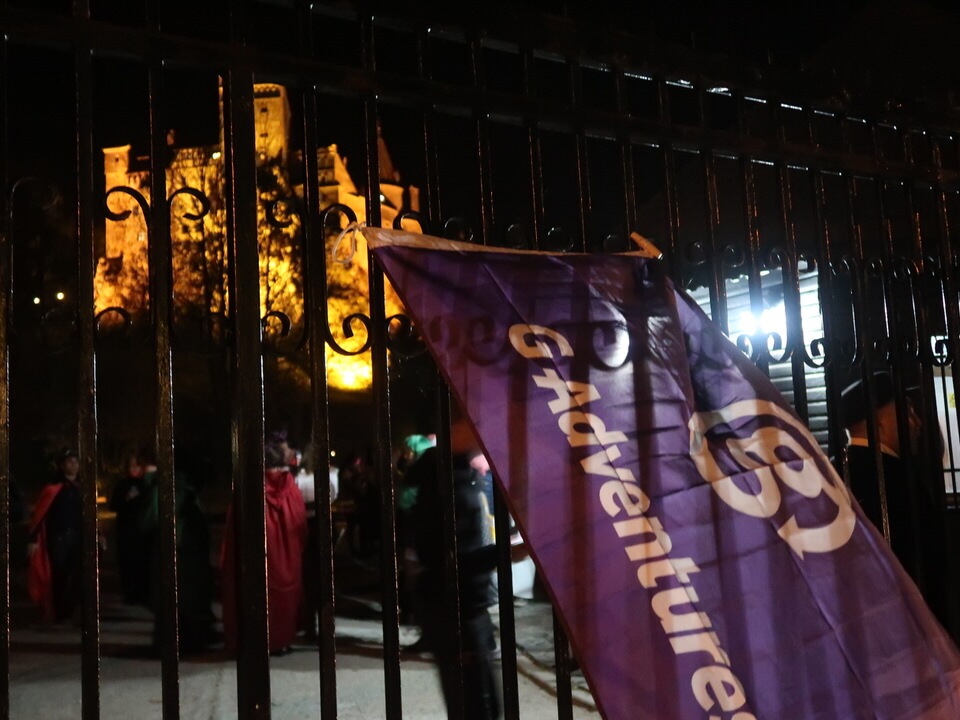 The 3-day trip with G starts £299, which includes all of the above as listed. Then it just depends on which accommodation option you go for.

And then you’ve just got your spends in Romania to consider.

Who’s the Halloween trip for? 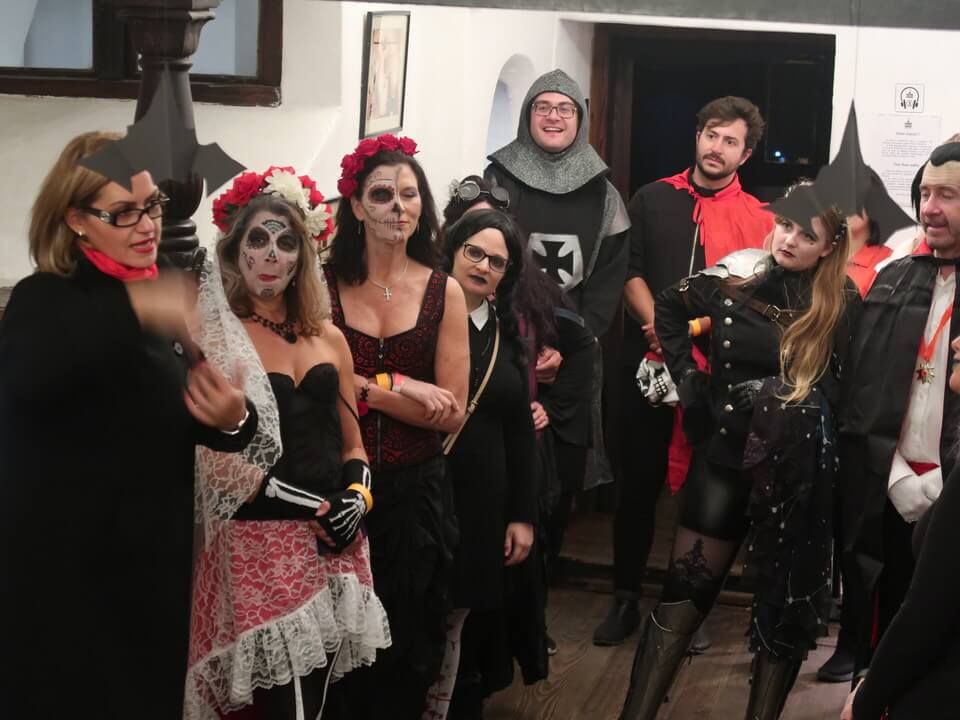 There was a wide range of people on the trip – I’m going to guesstimate 18-60. I was talking to one couple, who’d booked to come for her 50th, which was on Halloween, and they were having a great time.

The trip is for anyone who wants to party at the spookiest castle in the world, at Halloween, and to explore a little bit of Transylvania that’s just as cool as its legend.

I was invited to experience the G Adventures 3-day tour experience, in return for a video and post reviewing the trip. All thoughts and opinions my own.

The 7-day Halloween in Transylvania trip starts from £999pp, travelling from Bucharest return. Romania ranks as one of Europe’s most charming and under explored regions, despite the stunning Gothic architecture, enveloping forests, and friendly people. But as idyllic as it is by day, the real fun happens at night — particularly Halloween. To find out more about the Dracula’s Castle costume party visit www.gadventures.co.uk

More on events this time of year

Lake of Stars Festival in Malawi

How is the party for a single female traveler?