Me and my friend Kellie have just had a brilliant weekend in Paris. We used to live together after meeting at summer camp in the USA, but that was a long time ago and it’s been ages since we’ve hung out, probably nearly two years. Jeez time flies.

Anyway, real friends are friends no matter how much you see them and the amount of fun we had proved that. As well as catching up I was determined to do some sightseeing while I was in Paris, and the Paris City Passes provided the perfect opportunity.

One of the best things about the Paris City Passes are that you can just book them all before and either get them sent to your home, or pick them up from Rue Poissonnière. We chose the second option and it was a beautiful little street, which led straight to the Louvre, our first stop.

I’ve used City Passes before – in Oslo and New York – and I love the way they open up the city for you. You’re more likely to check things out you might not have even thought about before, as proven by what we managed to get up to with our 2-day Paris city passes…

Photo had to be done, shame I didn’t do it right… 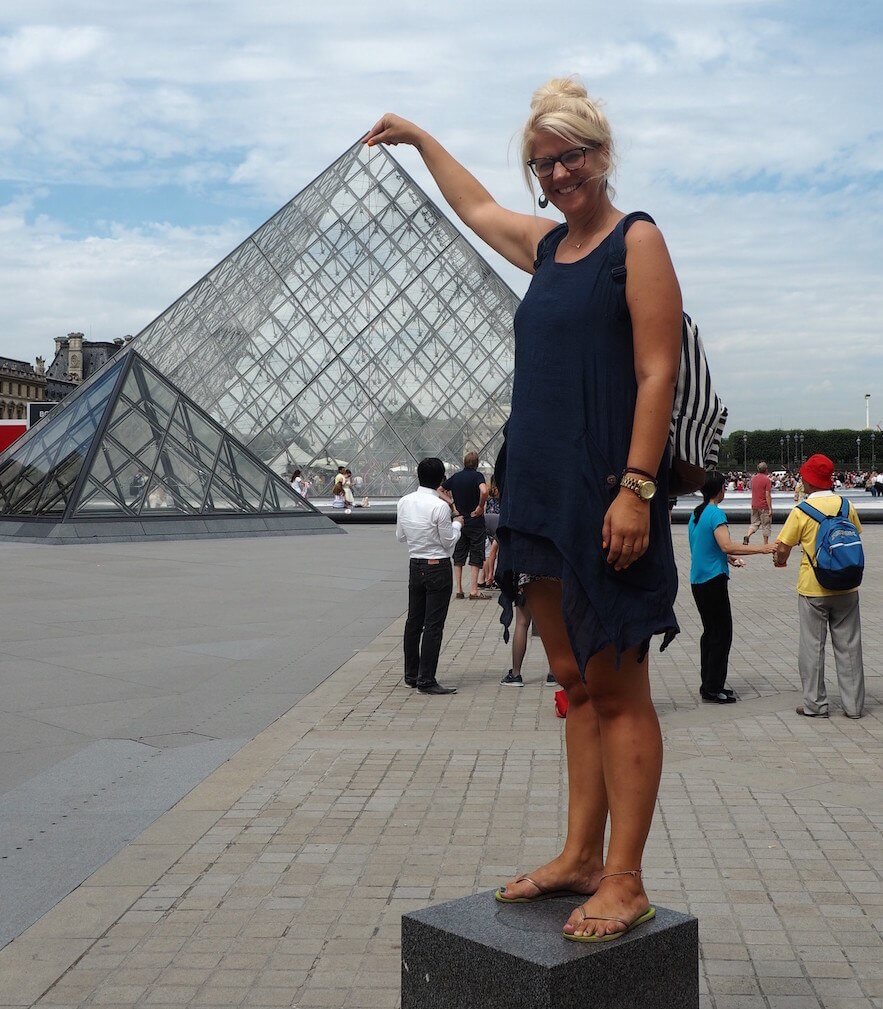 With the Paris City Pass you get queue jump at the Louvre, which was brilliant because the queue was snaking round the square. We strolled in, like a boss, and ended up spending an hour or two in there admiring the exhibits. Of course the highlight was the Mona Lisa – the most talked about painting in the world. It’s been stolen, attacked with acid, sprayed with red paint and abused by a thrown terracotta cup in the past, so now it has three security guards and a minimum standing distance to protect it. It was carnage in front of the Mona Lisa, everyone wanted a selfie, including us. 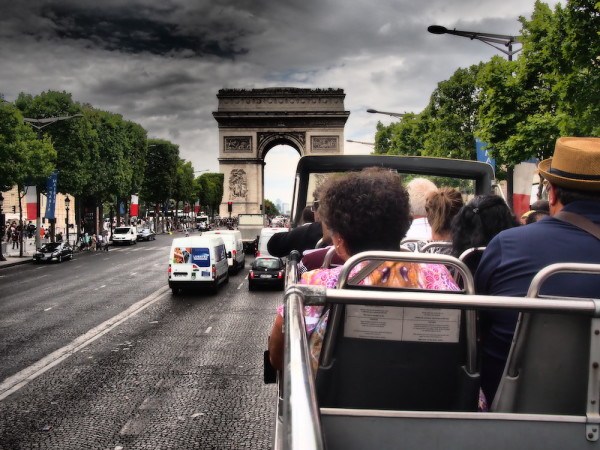 We’d spent the morning picking up the Paris Passes, buying new flip flops for my friend and wandering around the Louvre so the Paris Big Bus Tour was a brilliant excuse for a sit down. We joined the tour at Opera, just by the Louvre, and travelled the Classic Route up the Champs Elysees, to the Arc de Triomphe and round to the Eiffel Tower.

The commentary was really interesting, although I may have had a little snooze in the sun up top. Buses come every few minutes, we skipped the first few because they were packed and every had seemed a little too bothered about getting on first. Above you can see the Liberty Flame over the tunnel where Princess Diana was chased in the car to her death, and next to it the Arc de Triomphe. After a paella lunch from the foodie street market that was set up by the Eiffel Tower we joined the river cruise. As soon as we got comfy up top it started to rain, but neither of us wanted to be down below. We managed to make a sort of tent with my sarong (bought for picnic possibilities) and a selfie stick to hold up the ‘porch’. It was well cosy. You can see how much the lady with an umbrella wishes she could join in.

The cruise was cool, but maybe not the best idea to do in straight after the bus. Information overload! This was definitely one of the highlights of my Paris trip. Obviously I knew of Dali before but I’d never looked at his work in such depth as I did at the exhibition. And I love his way of thinking. The gallery was full of originals and really useful and interesting descriptions too. I feel like this was the start of something between Dali and I, I want to know more.

Look at the bug above, and then look at the cylinder. It turns into a sort of self portrait – amazing! We got told off in front of everyone for bowing out of the apparently mandatory photo queue – we didn’t want a cheesy pic – but apart from that dressing down from a kid on a power kick, I loved Montparnasse. Unfortunately the journey to the Palace of Versailles took us almost three hours due to track closures, and then the queue to get in was an hour, so we only had two hours to go round it to get back for dinner and the Moulin Rouge, which we’d already booked.

I reckon you could easily spend a whole day at the Palace though. In fact I will next time. We did the tour and saw the bit of the gardens you could see for free, but if we’d had longer we would’ve loved to properly explore the gardens for the extra €7. Kellie has always thought she’d be good friends with Marie Antoinette and even dressed up as her for a Halloween party we went to in Manchester once, so it was good to see where she ate and where she slept. Think Kel’s that little bit more obsessed now.

Just on a side note, I had an absolutely delicious egg, rocket and mustard sandwich from the Orleans Cafe here. It was €6.50, but an outstanding concoction nonetheless.

Also, the train you need to get there is called the Vick train. I liked that. One of the best things about the city pass is the free transport pass you get. I’m estimating I used it 11 times, because it randomly worked on the third day too, when I wanted to go to the train station to head to Luxembourg. It was so much easier having this than having to buy a new ticket every time. I loved having the pass – the metro card and Louvre queue jump saved a lot of time. This also meant we didn’t have to spend time working out what ticket we needed.

It’s a shame it took us so long to get to the Palace of Versailles as it meant we had to skip the planned Notre Dame Cathedral and crypt tour. We wished we’d just got a taxi from the hotel, but you live and learn. If I did it again I’d be up early and out and I think just one more day and I’d be able to cover all I wanted. All the more reason to go back!

[…] of views: last time I went to Paris I had a 2-day Paris City Pass and wanted to make the most of it. Kellie and I went up the Montparnasse Tower and it was amazing. […]

Classic Louvre pose. I love it! It looks as though the weather hasn't changed since I was there in December though!

Yeah it was a bit dreary when we were there – strange as the rest of France had been scorching hot and bright sunshine. I love Paris though – definitely going to go back again :)

I've seen so many posts about Paris recently it's making me want to go back! I went when I was 14 but totally didn't appreciate it. I don't think I even took a camera?! Didn't actually know you could get a city pass for Paris - totally getting that if I go back again

Ah I love Paris! Always have such a good time when I go. It's cheap from London too!