British Summer Time Festival was so good. I went to see Celine Dion yesterday at BST in Hyde Park and loved it. It’s been a while since I’ve been to a day festival in London, and I have to say I was impressed.

Celine Dion was incredible. She was everything I wanted her to be with the costumes, the voice, how funny she was – just everything.

Well worth the money. And Josh Groban, the main support act, was great too. He got us well in the mood for Celine with his version of Bridge Over Troubled Water to finish his set. The ultimate sing along.

Of course you’ve missed out on Celine and Josh now, but there are plenty more gigs for 2019.

I’ve seen quite a few questions about BST Hyde Park floating around on social media so I wanted to put together a guide to visiting BST Festival, so you know what to expect. 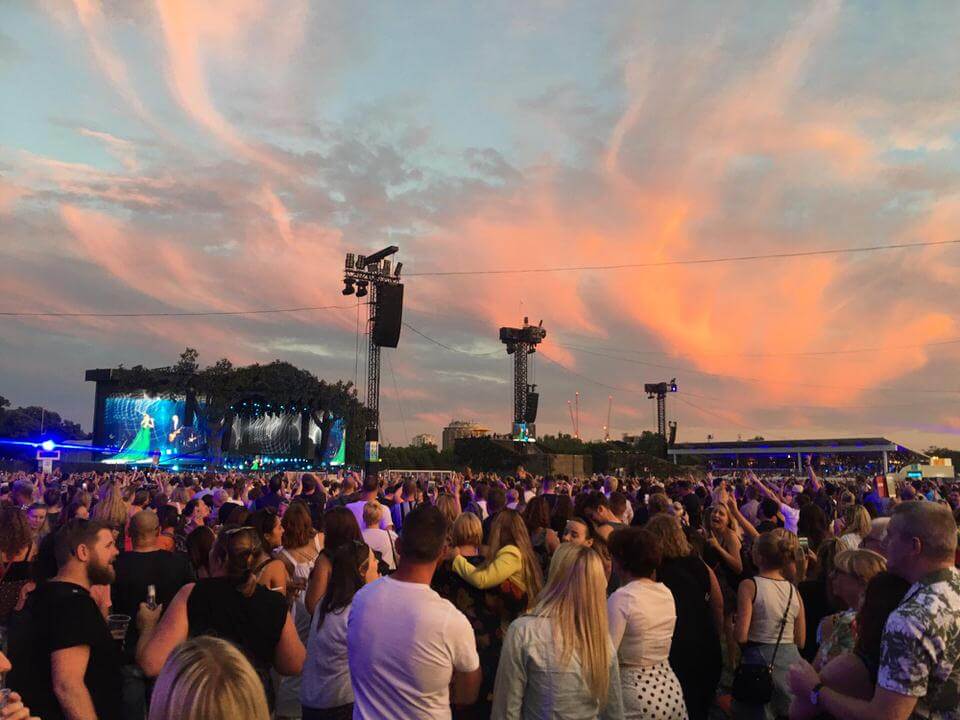 There were about 20 different options at BST Festival – burgers, churros, wraps, curries – all sorts.

There were also plenty of options for vegans, loads in fact. I’d already had lunch before I went in, so with just dinner to have, I went for the Hanoi Kitchen. I had Bun – noodles with pulled pork layered on top. One of my best festival food experiences yet, delicious.

To follow I had a salted caramel brownie, which was pretty special too. Ooo look at that gooey goodness.

You might notice that can of Diet Coke. They were giving that out for free on entry – I had three. 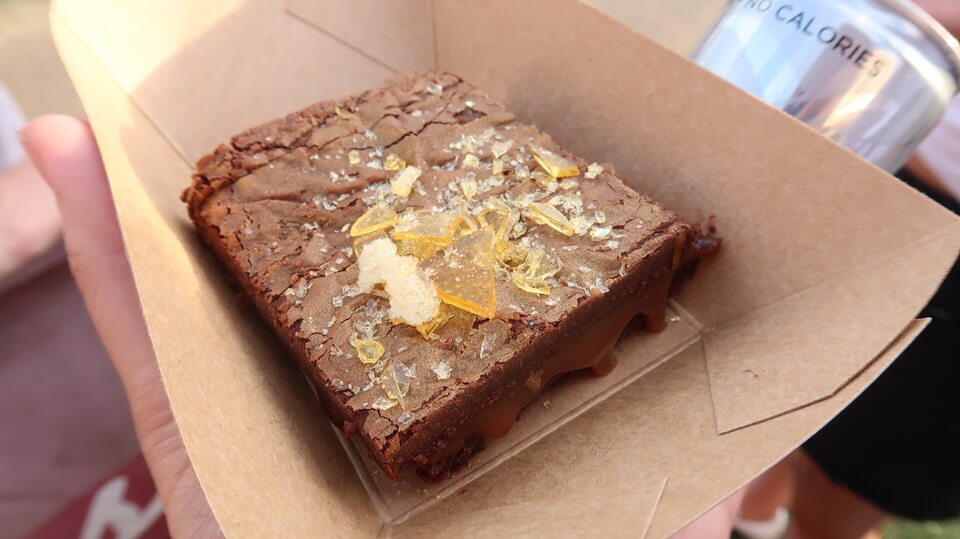 My friends had hot dog, ice cream and one of the Vegan AF burgers. Everyone was satisfied.

We ate before Josh Groban, the main support act, came on, and then went and got brownies just before Celine. This definitely worked well as we managed to avoid all the queues. It took us about five minutes to get served in the queue, while later the queues looked about 10-20 people deep. Go just before dinner to avoid spending time in the queue.

Needed a clear head to watch Celine Dion with everything I had. There were plenty of bars around the site, and it never seemed like there was much of a queue, although I didn’t try or even queue up.

Beers were £6, wine the same, and there were cocktail bars too.

Seemed like some people were getting pretty smashed on wine around the festival – as is the British festival way. And bottles were £26.

We were so lucky with the weather at Celine Dion at BST 19. It was gorgeous. Perfectly hot with a nice breeze, and didn’t actually even need the jumper I’d been carrying around with me all day. Even on the way back to the tube. There were quite a few water fountains around BST – perfect for refilling your water bottles. They’re being pretty strict on getting water in this year, so you can take one bottle either sealed or empty inside with you.

The water was warm in the day TBH, but cooled down by night. 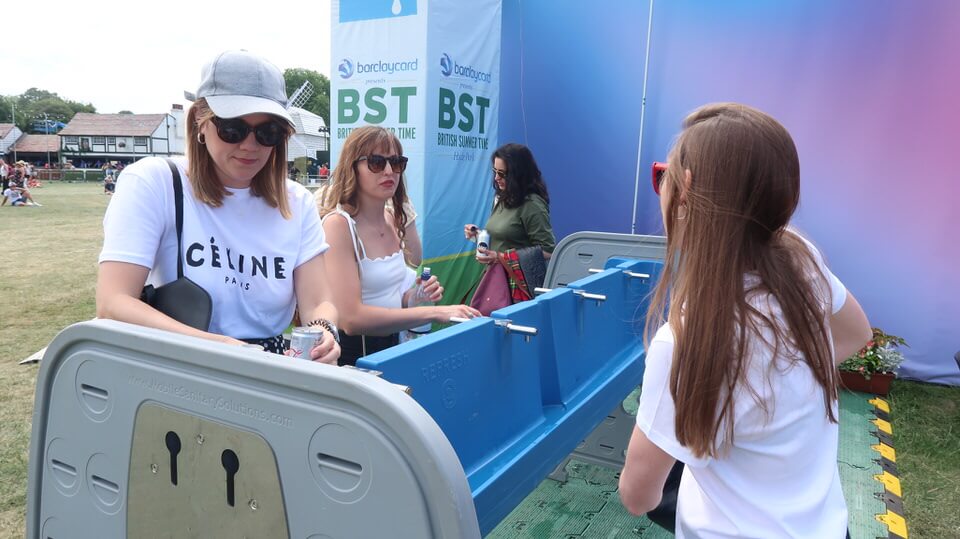 The parade at BST

Before the main acts come on you can enjoy the parade going round the festival. With the beating drums, cool costumes and dancing it gets you in the mood for the party. I feel this is why it’s worth coming in earlier, to make the most of the cost of your ticket. 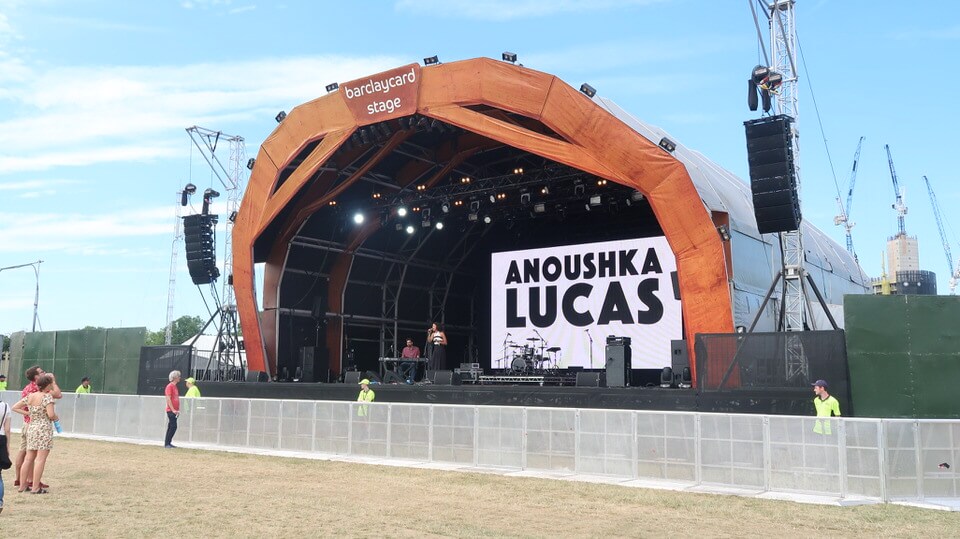 I was shocked by the toilets at British Summer Time. Mainly because of how nice they were, but also because of the huge queue going in.

Thankfully, there were a lot of toilets and it went down pretty quick. At BST there were just two toilet areas, each with about 20 toilet cabins in, each with 5ish toilets. Proper ceramic toilets, with sinks and running water. There’s one at the back of the festival near the food stands, and one at the front near the stage.

I only went once, and all was well.

– Take a picnic blanket and go in early. That way you can bag your space near the front and you’ll be comfy sitting on the ground.

– You will be checked as you walk through so I think sneaking in alcohol to the festival will be difficult. You might be able to fit a few miniatures in your boots.

– Save eating till you get in – there are some great options! 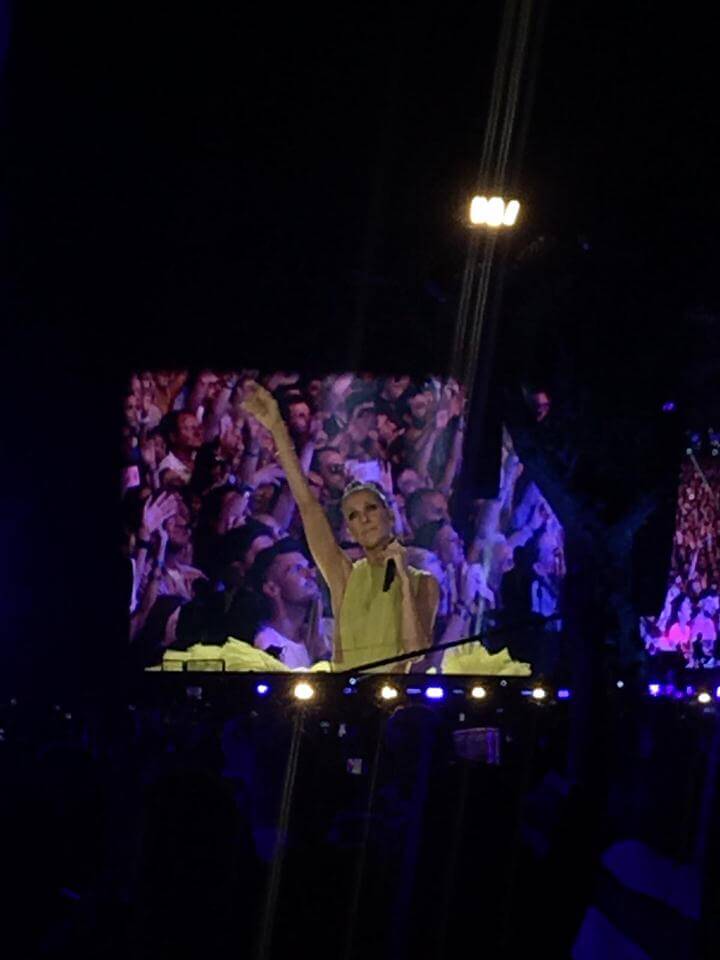