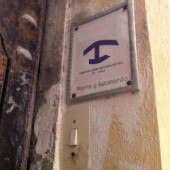 Back in 1997 the Cuban government allowed locals to open up their doors and spare rooms to passers by in need of accommodation to make some cash. These private houses, translated into Spanish as casa particulars are private family establishments that provide paid lodging as an alternative to hotels in Cuba.

Now there are hundreds of these ‘private houses’ in Havana alone.

This is the cheapest accommodation you’ll find in Cuba. Most charge between $25-$35 a room, whether there’s one or two of you. That’s just £16, an absolute bargain if you split it.

My experience of casa particulars 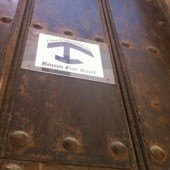 Before my recent trip to Cuba I had heard of the Casa Particulars but didn’t really fancy staying in someone’s home when it was just a two-week holiday for me and my boyfriend. I booked us into a cheap hotel for the first few nights and then, as I was on a work trip with the Havana Club Gap Year, they paid for a few more nights in one of the fancy hotels in Havana and I was just going to take care of the rest when I got there.

After a few more nights at an incredible beachside bungalow in Playa Ancon we had pretty much spent all our money. Standard for our holiday style. We got chatting to a security guard at the hotel who said he had one of these casa particulars in Trinidad and we were welcome to stay there for $25 per night per room. So we did. Hostal Milagros Pineda Tamayo was great. Our security guard friend’s mum was lovely and smiley and made us a huge breakfast – eggs, meat, cheese, bread, coffee, fruit, mango juice – for an extra $5. Our room, which was in the house, but off to the side, was bigger than the hotels we’d stayed at before. We had a great shower in the bathroom, a fridge, a TV, and extra bed and we were just a 5-minute walk from Trinidad centre. 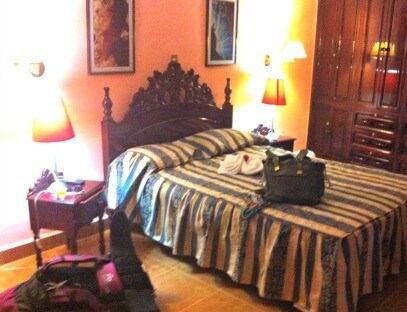 Staying at the casa particular gave us the confidence to seek out another one for our next three nights in Cienfuegos. This time we had a room round the back with our own private entrance, although we walked though her house to get there. Again, our host was lovely and friendly and couldn’t do enough for us. She wanted to cook us dinner, but as this house was right out on the peninsula and we wanted to go into town we declined.

We had a bedroom with a cupboard and a bathroom and a whole garden by the water to sit out on. Come 9pm and I was getting eaten alive, but it was beautiful once I’d covered up with insect repellant. Another huge breakfast was served to us whenever we were ready and this one was $30 per room per night, again $5 for brekkers.

At this point we’d definitely ran out of money, but even if we hadn’t I think we would’ve still chosen a Casa Particular on our return for the final three nights in Havana. They were interesting and fun. The two before had been arranged by this guy and now we were left to find our own. We had no clue what to do and after getting dropped off at super swanky Hotel Parque Central in Havana we used the last of our internet minutes to seek one out. Neither of us wanted to just show up at someone’s house unrecommended although it’s perfectly normal to do this. Just look for the anchor sign pictured at the top of this post.

We’re not as brave as some though and wanted some reinforcement. In the end we found one we liked on TripAdvisor and headed there. As number one we should’ve realised she’d be full. Two hours, four Casas and a lot of backpacking down Havana’s busy streets later and we decided to go back on our earlier promise to choose one that was recommended and just jumped in the nearest one. It was fine. Definitely my least favourite of the three, but fine. We had a bed and a bathroom, but it was right in the middle of this house filled with children. Breakfast time was us watching cartoons with them and again, eating a delicious feast. The young owner was kind and let us keep our bags there until we left later that evening. This was $30 per room per night and literally right in the centre of all the action in Havana’s Old Town. It’s always good when you can go ‘home’ and relax in between sightseeing when you’re travelling, especially when you’re laden down with Havana Club rum.

I’d definitely recommend casa particulars in Cuba – we would’ve paid over £100 per night at Parque Central and just $30 at the casa – if you’re backpacking the choice is easy. If you’re going on holiday though, I’d recommend mixing things up. If nothing else it’s a great way to snoop around a real Cuban’s home!

If you want a Casa Particular there are several online booking sites like mycasaparticular.com or cubaneden.com

Hey Vicky, I found your blog (love it). I am heading to Cuba later this year and just wondered if you can help direct me with the visa situation. do you have to book accommodation before you get the visa card?

hope you can help,

ps. We worked together at HB

Hey Anna, yes, I remember! Ah that's awesome – love Cuba. When I went to Cuba I had to pay around £25 for the visa at the airport. I'm pretty sure that that has changed now though and you can travel freely.

[…] Trinidad in Cuba is Incredible: the Proof is in the Pictures Visiting Hemingway’s House in Cuba Casa Particulars: The Cheapest Accommodation in Cuba Food in Cuba: Tasted Good to […]

Your Cuba posts have been so, so helpful to me! I'm off to Cuba for nearly 5 and a half weeks (which I do realise now is quite long, but I'm hoping to spend a long time in each place!) next week and it's been so helpful reading up on what to do and where to stay, so thank you!

Ah 5 and a half weeks will be awesome! I'm going back in September and I was there for nearly three, so there's always more to see and enjoy. I'm glad I could help – my two weeks there were two of the best of my life. Have fun, and drink all the mojitos!

They're awesome and will save you a lot of money! I'd suggest mixing them up with hotels for a bit of a change.