When I say I ‘co piloted a plane’ that’s how the actual pilot, Gary, referred to my role. What I’d call it is sitting there amazed at my luck at having piped up first in the call for ‘who wants to sit in the front?’ I had 360 views of the stunning ocean between the Dry Tortugas National Park, where we’d just been, and Key West, our destination.

It was so cool. I watched our Key West Seaplane Adventures pilot work those pedals and buttons with the ease of a Sunday driver going for a pootle round the local village. It looked pretty simple, and after a few minutes I decided I had this if he decided he needed a break for any reason.

The whole journey took 35 minutes. The varying blues of the waters were mesmerising. Our pilot told us how one of the islands belonged to just one guy, and if I really squinted I could definitely see those dolphins he told us would be playing about. We’d been at the Dry Tortugas National Park – famous for shipwrecks, coral reefs and birdlife – where you can also looks Fort Jefferson on a guided tour or in your own time. I decided to go all Nancy Drew on that place and grabbed my camera in search of beautiful views. The fortress is unfinished, but was an important naval point in the late 1800s / early 1900s. It soon became too difficult and expensive to look after the building, and its 16 million+ bricks.

Now it’s the perfect spot to view the surrounding water and wildlife, and the beach. Despite a definite chill in the air that beach was just too tempting and I went to lie back and listen to some music, to take it all in the best way I know how. 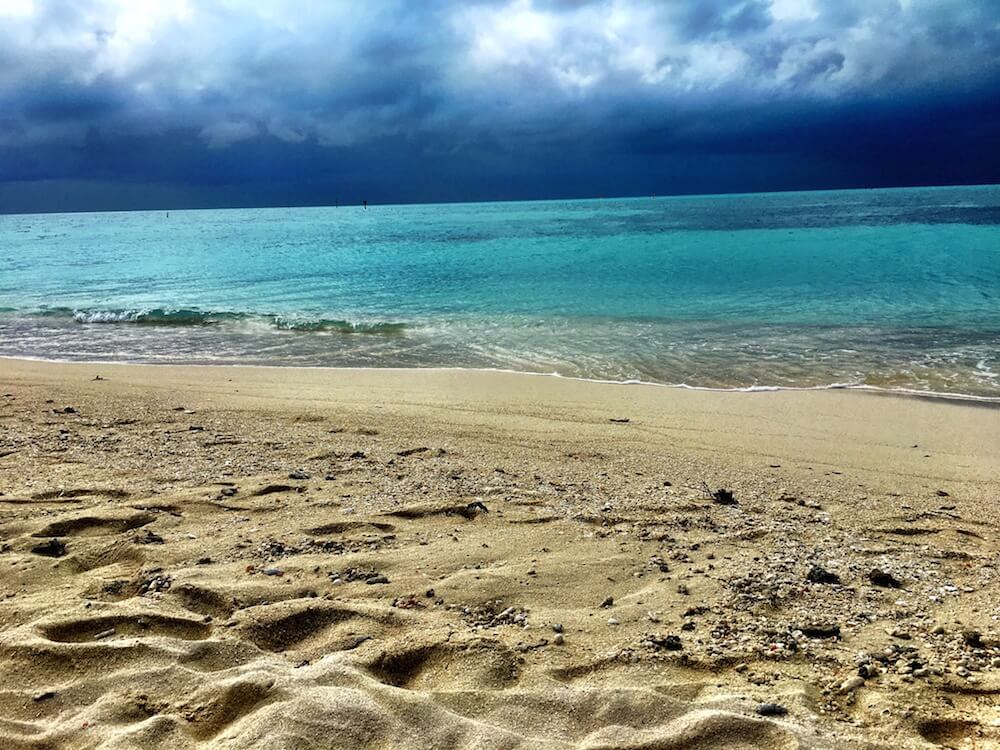 I noticed all the tents in the bush – apparently as a National Park you can stay here for three nights for free – no chance. There was no civilisation on the island – I mean it would just be you, the fort, the animals and whatever ghosts had decided to stick around (yep, definitely spooked from the Key West ghost tour). I got our private sea plane straight out of there. It was interesting to see the island and learn about the fort though, and amazing to arrive in such style. The private seaplane was welcomed by all the other tourists who’d come by the daily ferry boat, they all had their cameras out photographing us coming in. The trip takes three hours each way by boat – I can definitely vouch for splashing the cash to see the views on arrival from above. Stunning!

I was in the Florida Keys with Florida Keys & Key West tourism council. They showed me a brilliant week in the Keys, and all opinions and photos are mine.