My Florida road trip went a bit like this…

Sweet as. I only had a vague knowledge of most places, while others I couldn’t tell you a thing to do there. That’s one of the best parts about going on a trip like this, you get to try things you wouldn’t normally.

So apart from a few incidents with the car, that were all lessons in hiring a car abroad, rather than anything bad we had fun our our journey of Florida discovery. 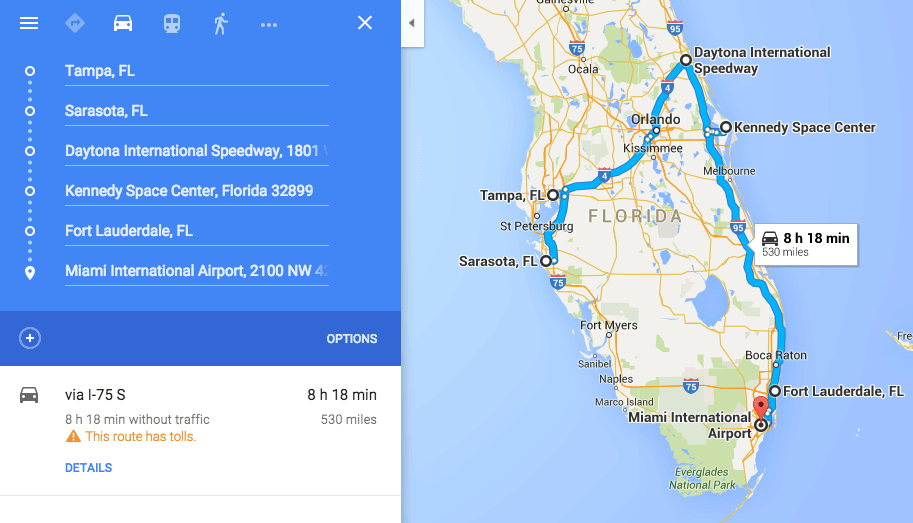 According to Google Maps it was 530 miles and 8 hours 18 minutes in total. It definitely took us longer than that, the scenic routes and the fact I refused to drive on the Interstates meant I think it was about 14 hours in all. There also seemed to be a lot of construction about ready for the new season of tourists.

We (awesome film maker Joe Allam and I) made it in the end though, over 7 days of Florida exploration. So from my first hand experience, here’s why I think you should go to each destination on our list. 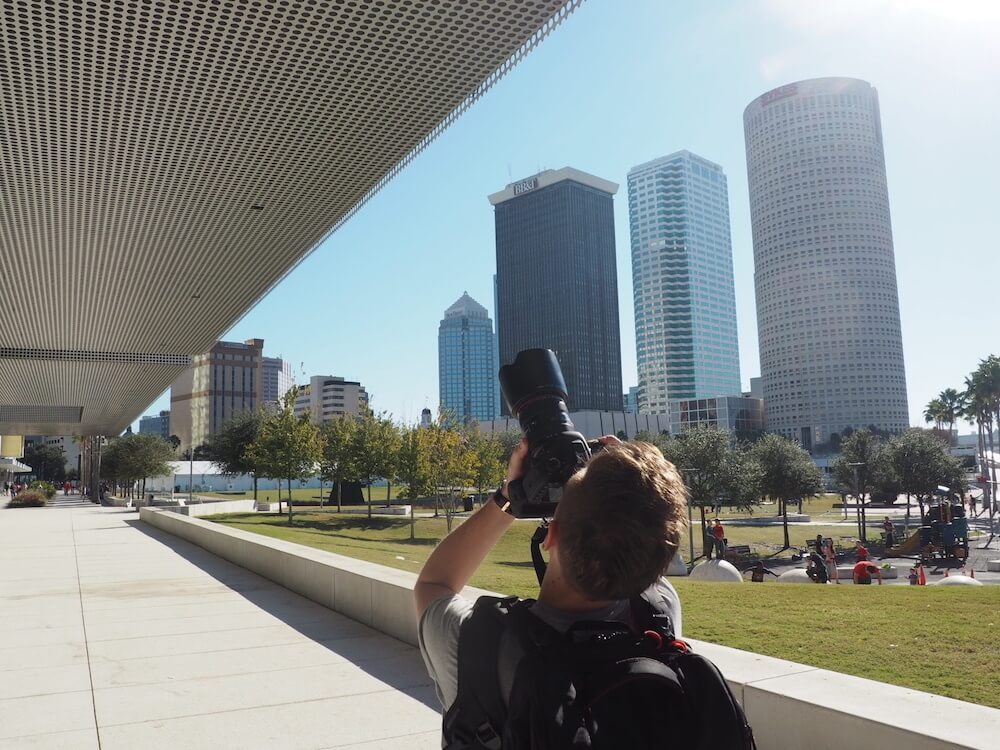 Tampa is in the process of stepping out of the shadows to become a top Florida destination in itself, not just somewhere to fly into. With the new boardwalk to amble or cycle down, to admire the alligators and yachts from, it’s a pretty place without the inevitable carnage of the big cities. 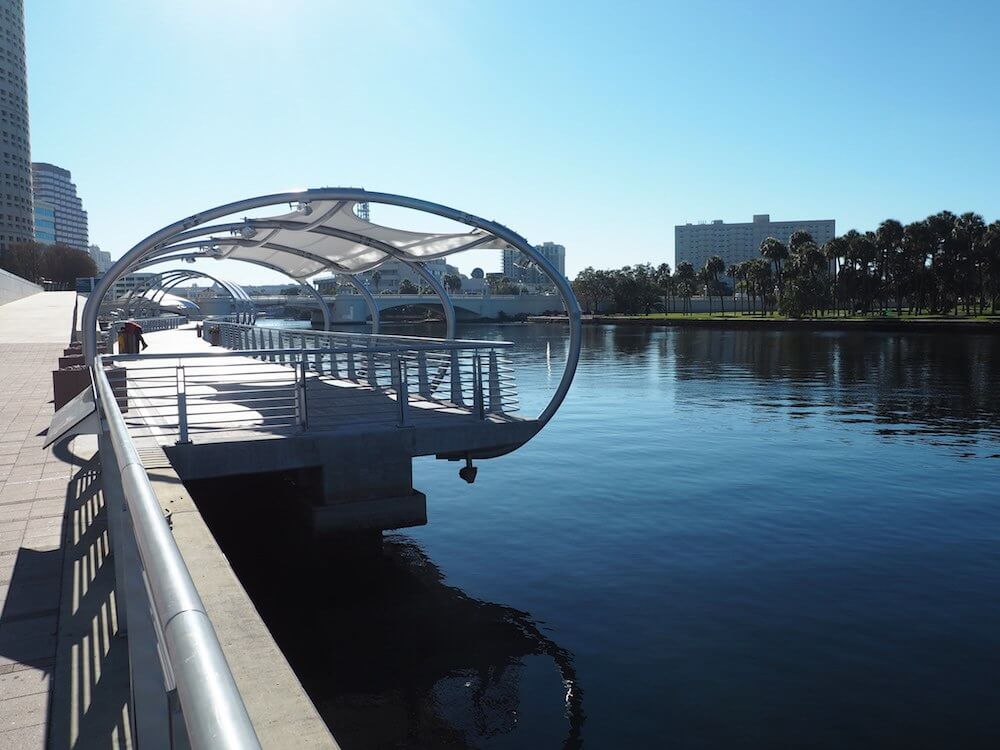 I was there for 24 hours, took bikes out on the city wide scheme and ate two strong meals at the Oxford Exchange (definitely go there if you’re in the hood) and at U Le Le (same). There are some interesting museums here and they were just setting up for Jazzy Jeff outside the museum. Apparently there are events every weekend on the waterfront – definitely got the weather for it, even in December. 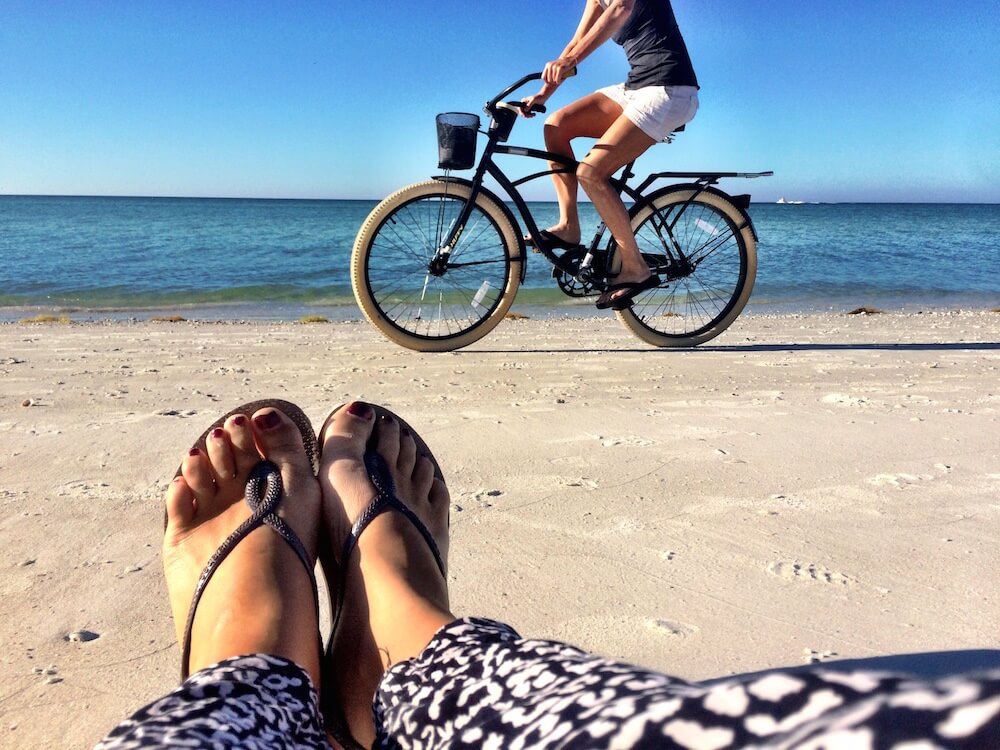 Home to the ‘best beach in the USA’ so says TripAdvisor, Sarasota is definitely a town that moves around the beachlife. There are races on the beach, rollerbladers, skateboarders and a whole beach bar vibe to enjoy in the evening. Sarasota is set out on a peninsula with other islands nearby to drive or cycle over to. 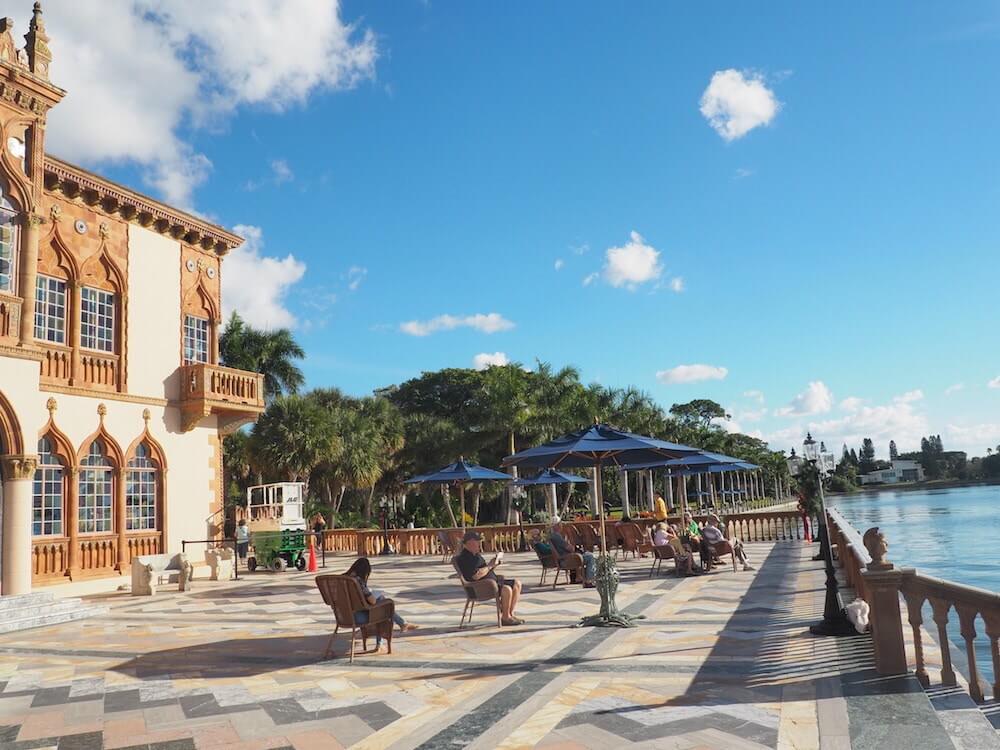 One of the most popular things to see is the St Armand’s Circle shopping area in Sarasota Bay. It was the ‘Porsches in the Park’ weekend when we were there – shows the kind of clientele to expect here.

We just had time for a quick look at The Ringling Museum of Art – a stunning building to look around with incredible grounds that are free to see. You only have to pay to actually go inside, amazing!

Read more: Life in Sarasota, as I Imagine it To Be 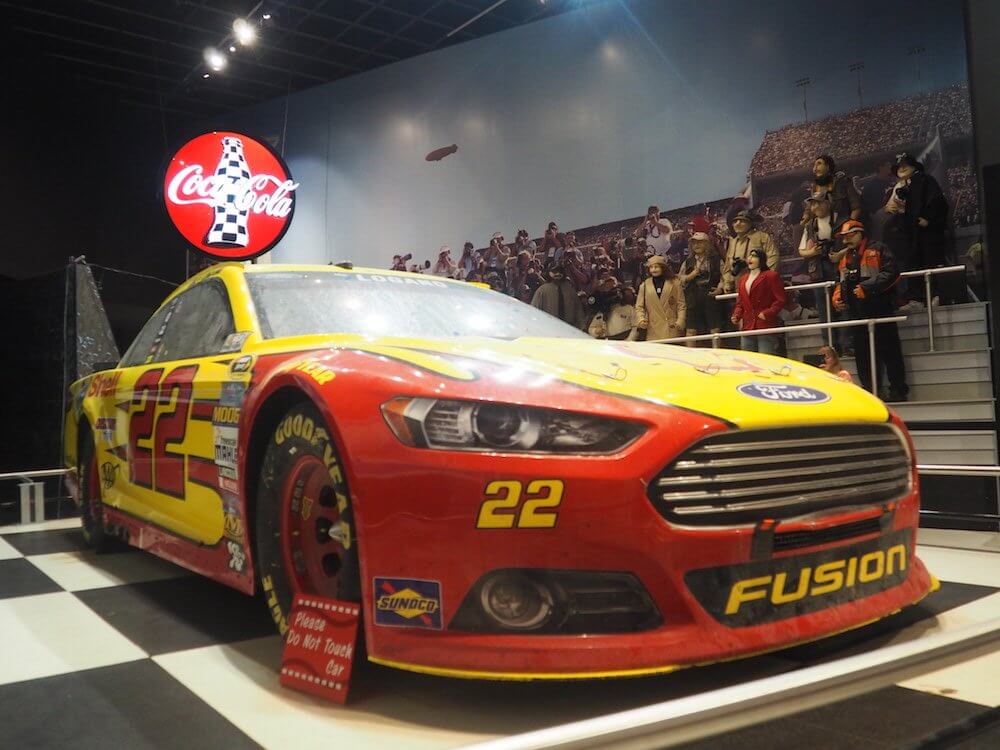 Daytona is most famous for its beach and race track, which at one time were one. It’s where the world land speeds have been hotly competed since 1959. Now it’s the biggest race track in the world and has just undergone a refurbishment – you no longer need to climb up to the must fawned after nosebleed seats to get a good view. A tour around the Daytona Speedway is definitely worth the dollar, whether you’re interested in motorsports or not.

Once you’re done you can enjoy the rides, shops and bars on the boardwalk, if it’s souvenirs you’re after, that’s your place.

Read more: My Big Day Out at Daytona International Speedway 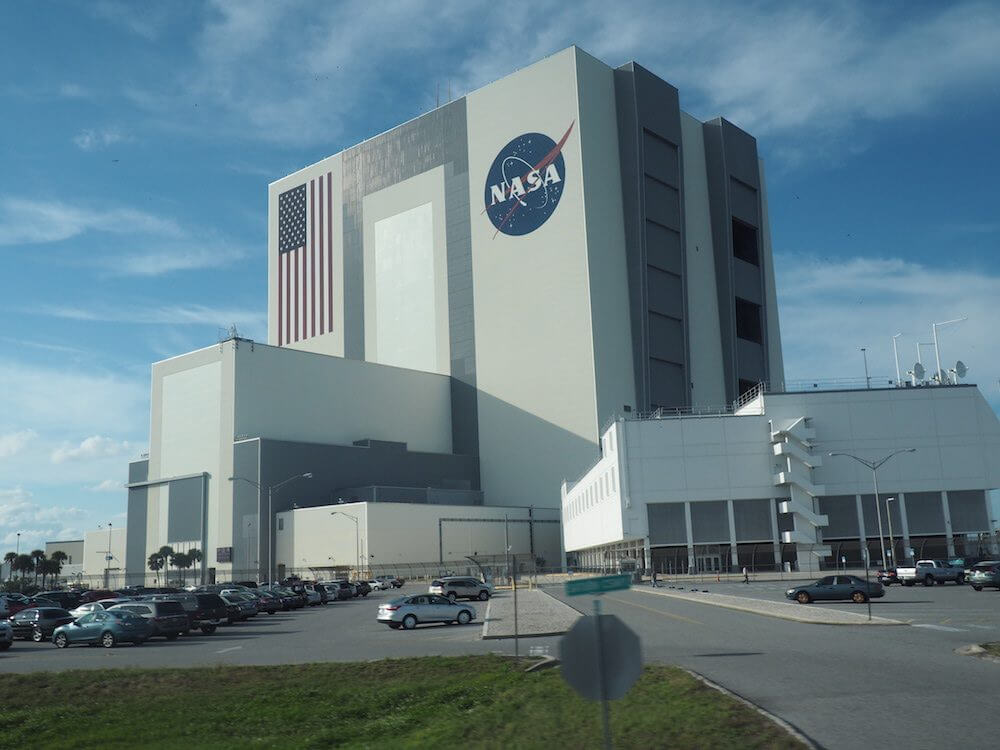 Cape Canaveral is world famous thanks to the NASA headquarters that call the peninsula home. The Kennedy Space Center is not only a fascinating tourist attraction but it’s actually a working office where all the spaceships that have launched out of the USA have started from. Mind blowing. 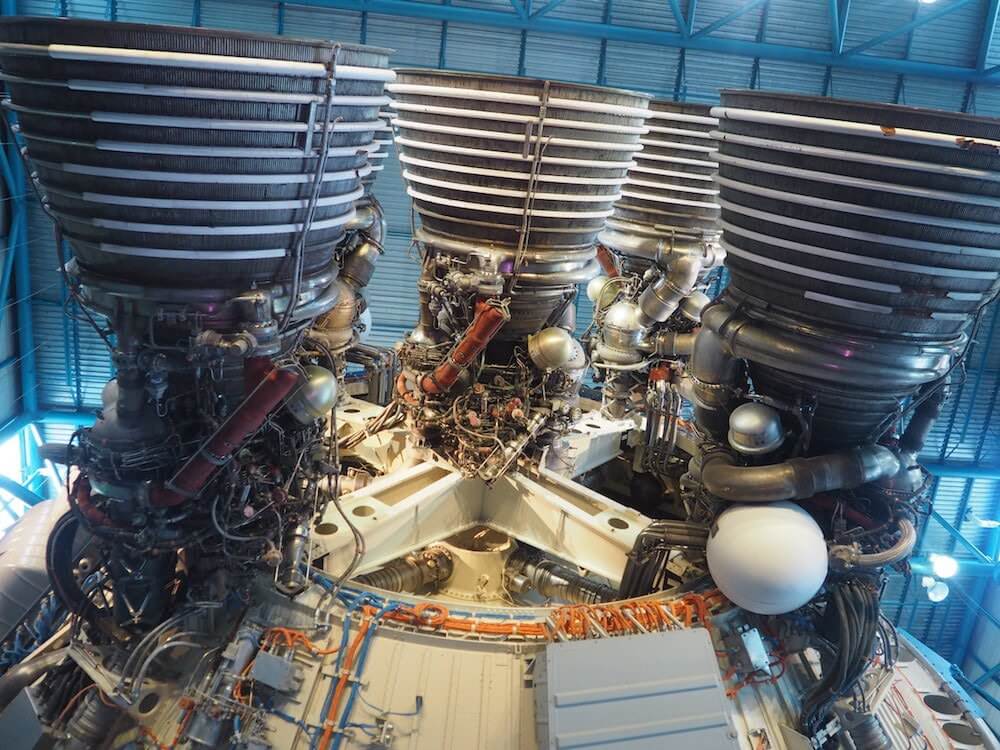 Now a whole visitor centre has been set up, with the Atlantis spaceship as the star attraction thanks to it having gone up into orbit 32 times. Make time to have lunch with an astronaut too. It was awesome. He told me he liked my necklace, now how many people can say an astronaut has said they like their necklace?

TOP TIP: Make a stop in Martin County along the way and check out the all the cool things to do in Hobe Sound. 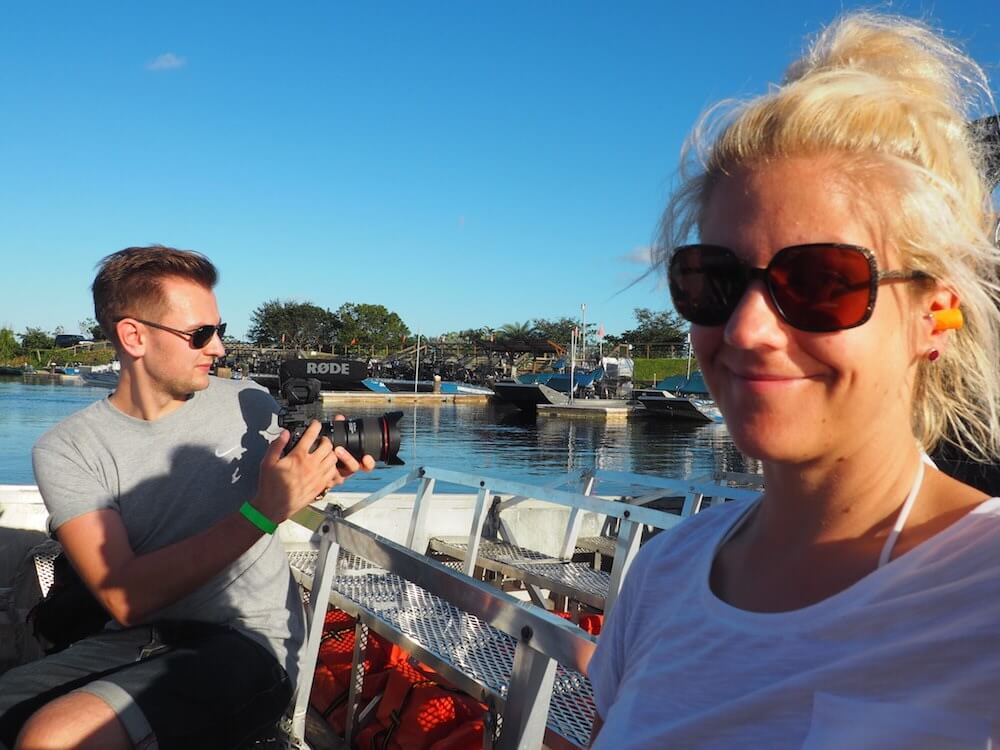 Fort Lauderdale is great. There’s so much to do here, as you can see in my rundown of what I got up to in 24 hours in the city, which is on its way. Stay at the Hilton on the seafront for the best views, cruise around in your car, eat on Las Olas Boulevard and make the most of the many activities in the area (we’re in the Everglades above, with earbuds to block out the boat motor). 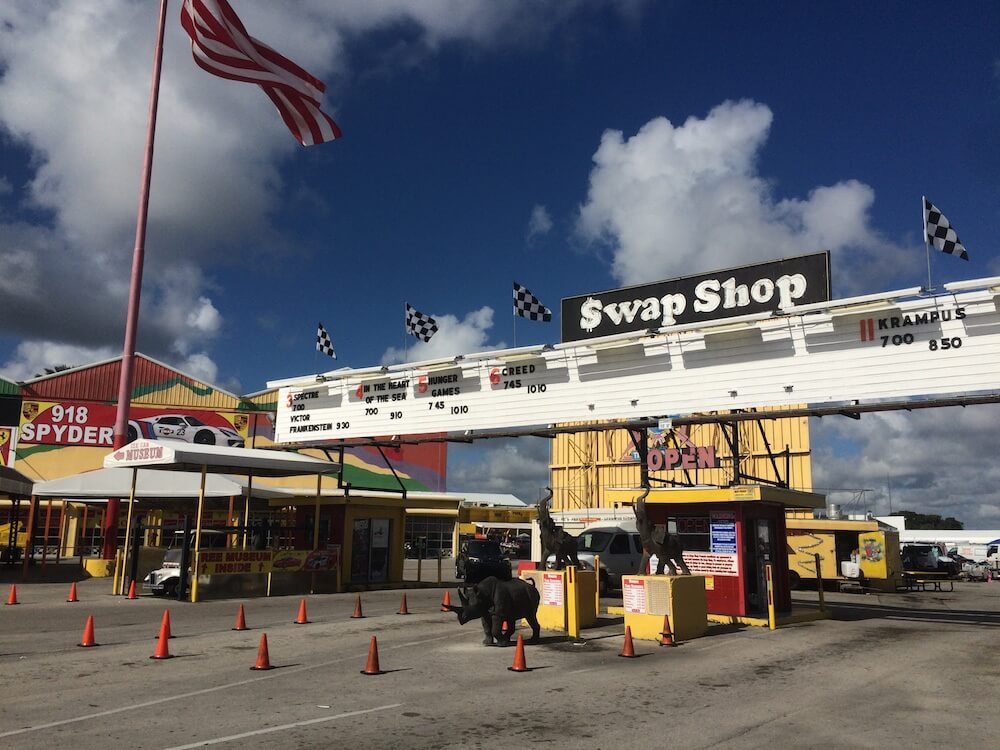 Oh, and go to the drive in movie theatre too – it’s one of the few remaining in Florida!

Will Smith’s musical travel documentary, as I like to call it, was quite right. You need money, it’s all about the booze, and yeah, there’s a lot of ‘skantily’ clad women strolling about. 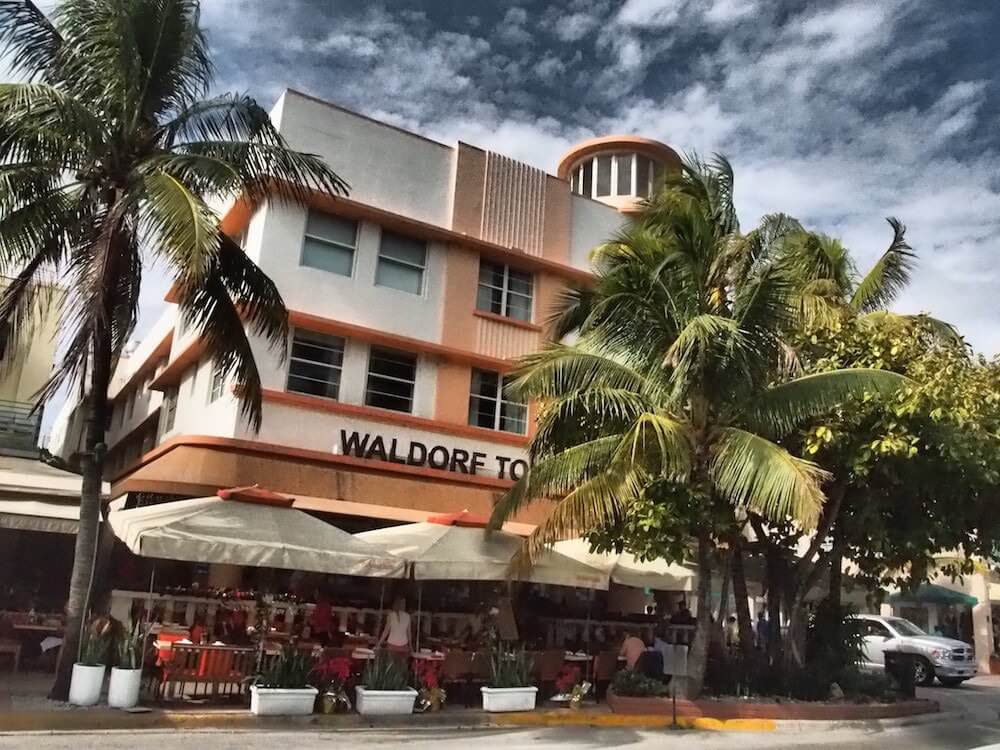 But darrhhling the art. Miami’s South Beach is notorious for the art deco architecture in the city. I actually went on a tour to learn more about Barbara Capitman and how she pretty much saved the South Beach from descending into generic building hell. Now there are a million and one rules about what you can and can’t have on your house, and you can see it’s paid off. It’s one of the most unique places I’ve seen. The beach isn’t bad either.

And where’s the seventh? 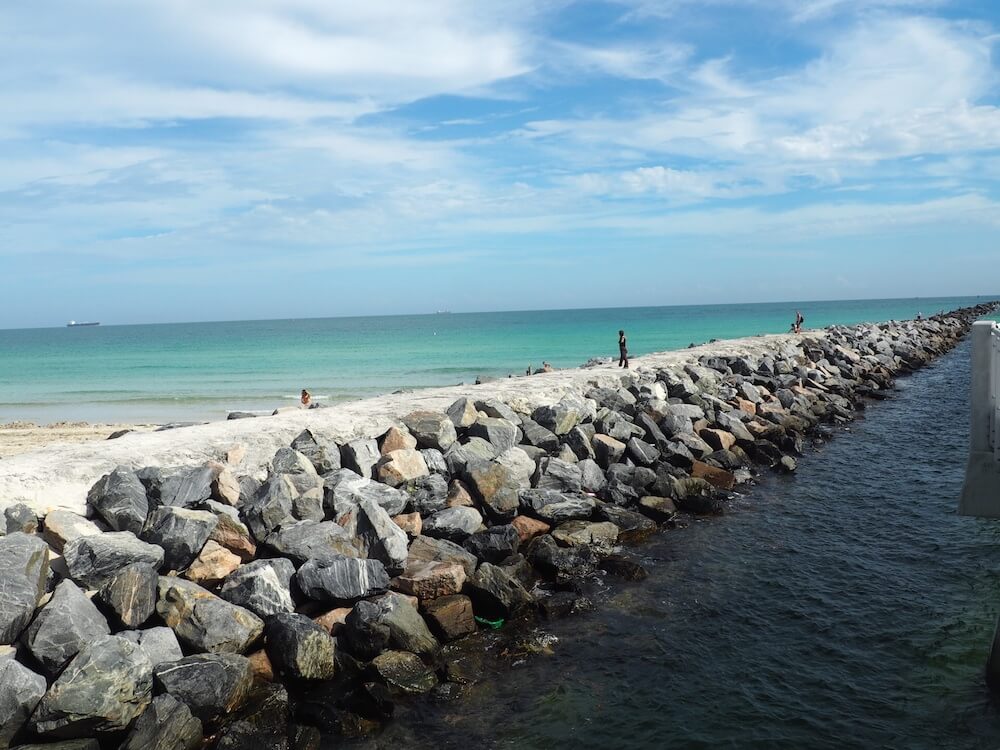 Well that would be Orlando, rather than being the centre of your trip to Florida it goes alongside all the other awesome things to do in the state. My trip was great, I’ve loved seeing all the different places in Florida, places I didn’t know a thing about. The beaches, cruising in the Mustang, the three portions of fish tacos I got through and the drive in movie, will all stay with me for a long time. I hope you get a chance to do the same!

I was in Florida as a guest of VISIT FLORIDA and Hertz.co.uk. Still telling it like it is though. Had a great time.

More posts on Florida to come!

21 Awesome Festivals in Canada You Need To Go To

Working as a Camp Counselor

Introduction to the Adirondacks in New York

3 Months of Guns and America