It was my first time at Glastonbury and we wanted to get there early, so we stayed at the YHA in Bath the night before. It was a good meeting point for the crew as we were coming from all over England. After a delicious pub meal and a few red wines we got a good early night in. There was plenty to do around there, but we just wanted to be ripe for the festival (see Glastonbury Survival Guide!)

We got up at the crack of dawn and went to Tesco to stock up on booze and food. While we were busy deciding between rum or whisky the heavens opened and the rain lashed on the supermarket windows, not lashed, pounded. The decision was made: we decided to go for both.

Finally in the car with beers stacked around us and tins of beans at our feet off we set for Glastonbury Festival 2011. I’d made a mix tape for the car of my favourite acts and we had a great time dancing along for the hour long car journey to the festival. Just one wrong turn later and we’d joined the queue of traffic to get in. The first queue of many in fact. After about 30 minutes of crawling the winding roads in the drizzling rain we found around 1,000 people queuing in the rain, and our place was right at the back.

Mistake #1: arriving at 10am on Wednesday

We queued for five hours to get in. We were laden down with everything we could carry from the car; tents, stove, food, drink, sleeping bags, clothes, everything was cutting wholes in our bodies and getting wet in the rain and mud. Thankfully we had a Jagermeister to hand, and actually drank a litre between us in the queue. We were in fine spirits when we got in, let me tell you, well we would’ve been if we weren’t stuck in the rain.

My brother arrived at 2pm and walked straight in.

Mistake #2: carrying everything we could in one go

We’d obviously come at peak time and to an incredibly unlucky gate. When we joined the queue they let another queue form for about an hour. Then they decided they didn’t want the other queue as they were blocking the emergency entrance so they decided to clear that one first. Yes, there was uproar. No, it didn’t do anything.

We soon realised you were actually allowed out again to get your stuff and there was no need to be going through all this pain.

Once we were in we were so sick of standing in the rain with all our bags we saw a spot and pitched immediately.

We pitched just outside the Dance Village and the John Peel Stage. There was not one act we wanted to see on the John Peel Stage and there wasn’t too much in the Dance Village either. Glastonbury is a huge site, 900 acres in fact. And it’s uphill too. To see the acts we wanted we had to trudge up to The Park and The Other Stage every day, and worse trudge back at night.

Luckily my friends are amazing and we didn’t really complain, but in hindsight navigating the site did take a lot of time out of just chilling out and watching bands. 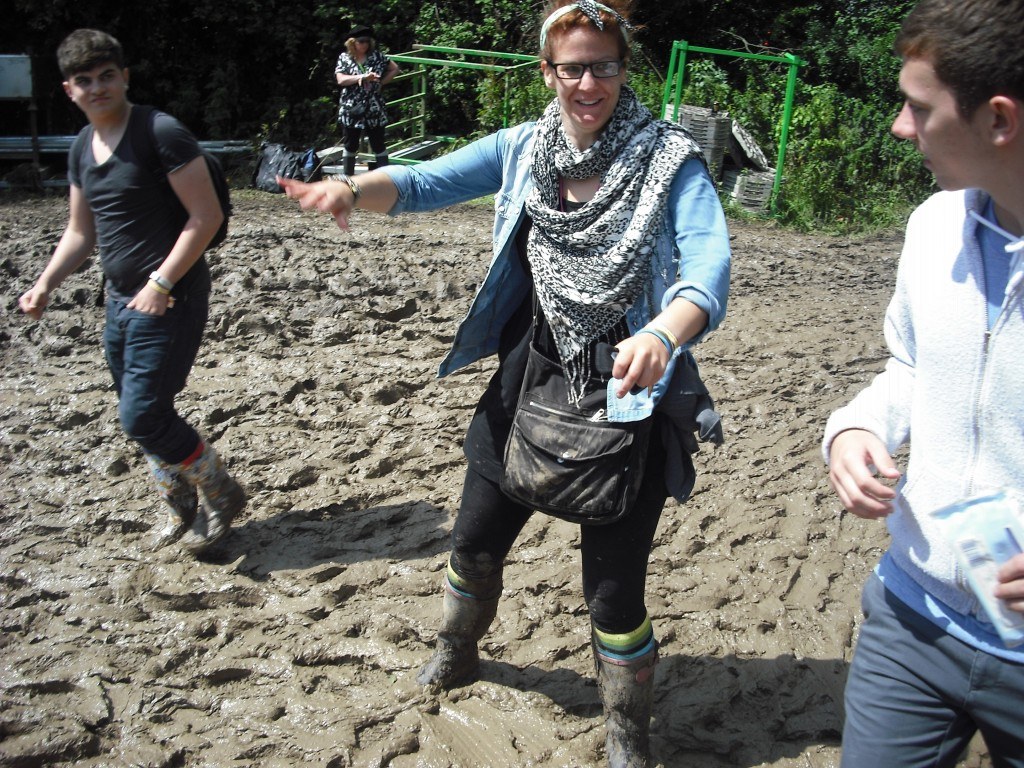 Mistake #4: not bringing enough clothes for all weathers

Oh my god Glastonbury is incredible. It’s as amazing as everyone says it is, yet hard to describe and something that really needs to be experienced for yourself. The tents looked great despite the grey day and there was definitely an incredible anticipation in the air of what was to come.

In the first hour we got involved in a record-breaking Twister game, found some amazing sculptures and got started on the cider.

That first night we found ourselves in a cosy little tent where everyone was dancing to keep warm. It was freezing outside and I was actually wearing everything I bought so it was great to strip off some layers and show off the outfit I’d bought especially and be warm after the day.

Day two and the weather had improved slightly. Even more people were arriving, but I can’t imagine where they were going. It felt full already. At Glastonbury you can camp by the stages – this is the first time I’ve experienced this and it did feel very strange.

A few bands were starting to play and despite the skanky weather and still being wrapped up in all the clothes I own it felt great to be sat out on the camping chairs just enjoying the atmosphere.

Day three and it all started kicking off. The full schedule started and everything, including the weather, was hotting up. Mistake #5: going to the main stage bar just before an act

Me and the boyf went to buy ciders while our friends went to get a spot at Paul Simon. It was a three-minute walk away – we didn’t get back for an hour, an hour I tell you. The bar was right in the sun, so hot and it was a huge bar with not many staff. The punters were getting irate. Staff were so slow and there was just too many people. It was only thanks to our dedication we even got served at all as those in front of us sacked it off when Paul Simon started. But we were going to get those ciders if it was the last thing we did.

Mistake #6: not scouting out the festival early enough

We went for a walk and found a whole new area filled with artists making and selling their ways. You could join in classes and make anything from a ring to a plate to a precious stone. Just around the corner and we found the hippy village. We found groups playing instruments randomly, plays and poetry readings. It was a great spot to chill out in, but by that time we needed to move for Beyonce to close the festival.

Beyonce’s performance was incredible. Helped by the fact we were stood NEXT to The XX for it. Some of my most favourite people all gathered together. Mistake #7: Not having comfy wellies

My feet were ripped to shreds by the end of the festival. That’s all I’ll say in the matter. It was grim.

My friend who was driving had to get back so we left at around 9am. Glastonbury Festival ground looked like a bomb had gone off and that’s no exaggeration. Later that day I saw the papers carrying stories about how disgraceful everyone was for leaving stuff, but I guess it was hard for everyone to take on the trains and in their cars. We tried, but everything was caked in mud that had dried sodden in the heat. Tents were sprawled, lilos deflated and just lying there, beer cans scattered every inch of ground – any spare ground was taken up by plastic glasses.

(Edit: Thanks to all the comments below I’ve written a post about the Glastonbury Clean Up and what you can do to help)

– Thanks to Ben Cremin for the featured image.

Only 8 mistakes, not bad. Glastonbury was without a doubt one of the best weeks of my life – but make sure you check out my Glastonbury Survival Guide and Glastonbury kit list, if it’s the last thing you do! 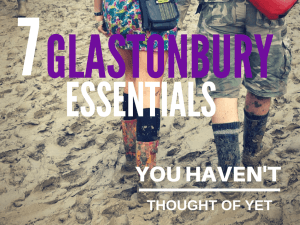 Watch me go through what to take to Glastonbury on YouTube

More Glastonbury tips for you

Yay, thanks for all the advice here Vicky! CAN NOT WAIT!

Jan, we have left her alone. The comments were from about a year ago. What was said, needed to be said due to her couldn't care less attitude. She says she has taken it onboard. We are all happy with that. The fact that thousands of others are lazy and thoughtless doesn't make it OK for one more person to do it.

With regards as to what Glasto could do about heavy rain, lots of people and the resulting mud I don't know. They have spent a fortune laying drainage around the site. Perhaps they could slab the site to keep the mud averse happy.

Leave the girl alone... She seems to be taking the whole flack for the many thousands who leave their stuff behind each year. I think she got the message and has obviously thought about it. I think she is making a valid point re the mud... Explaining perhaps why the others do it. Glastonbury organisers should listen to constructive feedback like that and maybe they can address the issue.... Just sayin