What to Do on Thursday at Coachella

Arriving at Coachella on the Thursday is a great idea. The campsite opens at 9am and it’s the perfect opportunity to get in the festival mood first. You can get a good spot and check out the area where you’ll be spending the next few nights too.

There’s no action in the main arena at Coachella on a Thursday but there are a few events in the smaller arena off the campsite. Here’s a run down of how I spent my Thursday at Coachella in 2014.

Getting in to Coachella We made the journey from our hotel in Palm Springs to Coachella Festival in 30 minutes at about 10am on the Thursday. Along the way we saw loads of people getting in the spirit of things and joining the Carpoolchella car decoration competition. Unfortunately with everything else we had to think about we hadn’t got round to joining this – you can win loads of stuff if you do though.

We joined the queue to get in the festival. It only took us about five minutes to get to the first checkpoint. We showed our wristbands and they literally whooped us in. One of the biggest USPs of Coachella is the fact that all the staff are so friendly. Everyone was telling us to have a ‘Happy Coachella!’ and giving out high fives.

We joined the queue to get our car checked. We joined a bad queue. The group of teenage guys in front of us were getting their car totally raided. The security team pulled out his speakers, took out the spare wheel and were checking every part of it – all good entertainment for us and the kid seemed to be taking it pretty well.

“I’m sorry I lied. We’re just trying to have a good time ok?”

He was probably terrified they wouldn’t let him in.

It was soon our turn

I felt so nervous, for no reason. Well, I had a glass bottle of Modelo in my bag left over from last night. I was scared that if they found the glass that they’d totally ransack our tightly and expertly packed car.

We got out the car, they took me to one side and gave me a pat down. Then they made me pull out the front part of my bra. Never had that done before, but makes sense. Any drugs would drop.

They gave the guys a quick pat down. Then they made us open the ‘trunk’ and pulled out a pillow. They took one look and sent us on our way.

We all got back in the car and felt let down that we hadn’t looked interesting enough to search. Must’ve been our demure demeanour that put them off the search. Back in the car and we crawled until they showed us where to park and again exclaimed ‘Happy Coachella’.

Setting up camp at Coachella 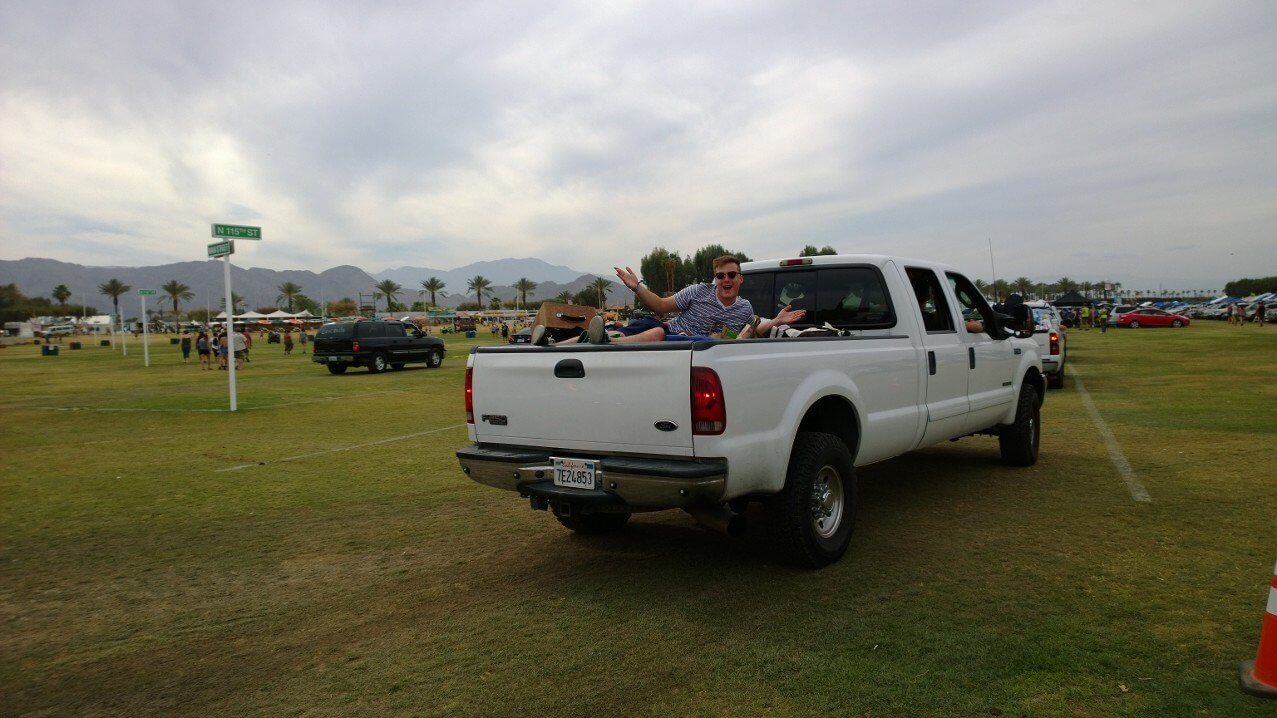 Everyone around us was frantically setting up their gazebos, tents and tables of food and booze. It was so exciting. Well, until I trapped the skin between my first finger and my thumb in the gazebo and got angry at the heat. Obviously just need to chill with a Modelo and take five.

We had a quick debate about the best way to set up camp and I left the boys to carry out the plan. I sorted out the ice box and got some beers on the go.

The absolute best thing about Coachella is the fact that you can camp with your car. It’s at a polo club and the camping area is in the car park. The white car park lines mark the boundaries of your spot and you can do whatever you want with the space.

Some people had the most amazing sites set up. If you go in a big group they have an area where you can wait for all your friends to arrive and between you all you can pretty much make a tented mansion. As many people did. The guys opposite us, who we borrowed a pump off, had inflatable sofas, a fridge, and big vans to sleep in. Others had set up tarpaulins between all their big monster trucks with long tables laid down the centre. Some people slept on the roofs of their cars to make more space for the day, while the guys next to us slept under their car. It was carnage.

We had our car packed as expertly close to the edge as possible, about a metre of space with our chairs and cool box, and then our two tents lined up. I honestly think we did so well with our Coachella shopping and kit list, considering it was our first time. Proud of us.

After a beer or two from the cool box to warm our new home we were ready for action. Seeing as it was the Thursday you weren’t actually allowed in the main arena until the Friday. We went for a walk around the camping grounds and located the toilets (portaloos) and showers (cabins).

We also found the silent disco tent and the camping shop (all horrendously overpriced). Unlike Glastonbury, which has everything you could ever need for sale at the site, Coachella just had a few trinkets, ice creams, sweets and basic foods. There was just the one vintage shop too. I really liked this. It meant that you didn’t spend a fortune on stupid rubbish that you didn’t need after a few too many drinks.

We found a main activity area where they were having a massive game of Twister, an internet area where a disturbing number of people were using the computers (not that I can talk) and a lot of charger points. We also found a promise of a snowball fight later. 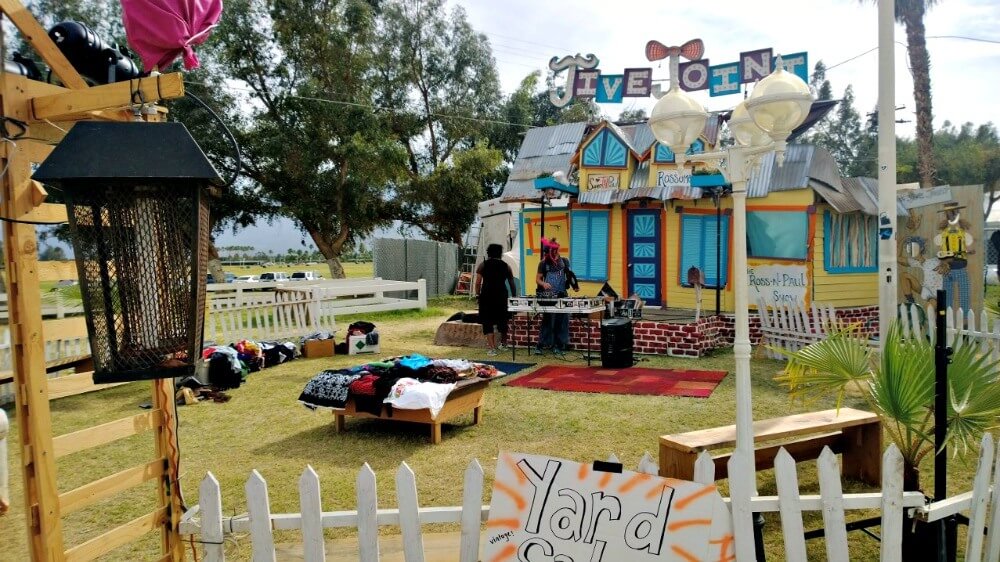 On the way back we took a look at the houses set up along the side of the main street into the main arena. The camp sites were set up like streets. We were on 110th Street and it worked its way backwards. We were near the front, a brilliant spot for taking a quick trip back to our car during the festival to stock up on booze.

We also went to try some of the food on offer. Poutine and pizza became our delicious dinner, despite all the Walmart shopping we had back at the camp. Back at the camp we played cards with our new neighbours and made a start on all our Walmart drinks. Soon it was night time and we made our way to the campsite party and snowball fight. Unfortunately so did everyone else so the queues were pretty crazy. We managed to get in to the party but only lasted an hour or so as there were no toilets or drinks and you had to queue up again to get back in.

Back to the car for supplies!

We ended up having so much fun back at the car with our ‘Car Bar’ we never made it back to the party and pretty much collapsed in our tents from to many drinking games and over excitement. Probably for the best seeing as we had three more days of this to go! 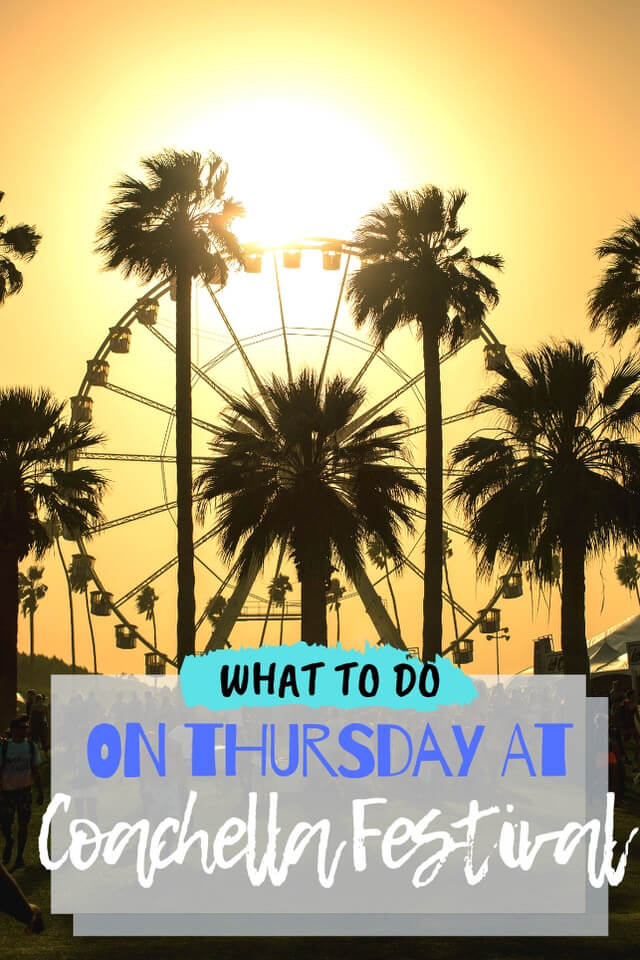 Exploring the Incredible Kawasan Falls in Cebu
← Previous
How to Get Invited on Press Trips in 17 Steps
Next →
Click here to cancel reply.