I feel like I’ve just about managed the post-trip comedown from Costa Rica. Over the last week at the conference, and with meeting up with friends, I’ve been asked many times how it was. You can fill in the answer for yourself with any superlative; ‘amazing!’, ‘brilliant!’, ‘so good!’, ‘we had such a good group!’, ‘we saw sloths!’ 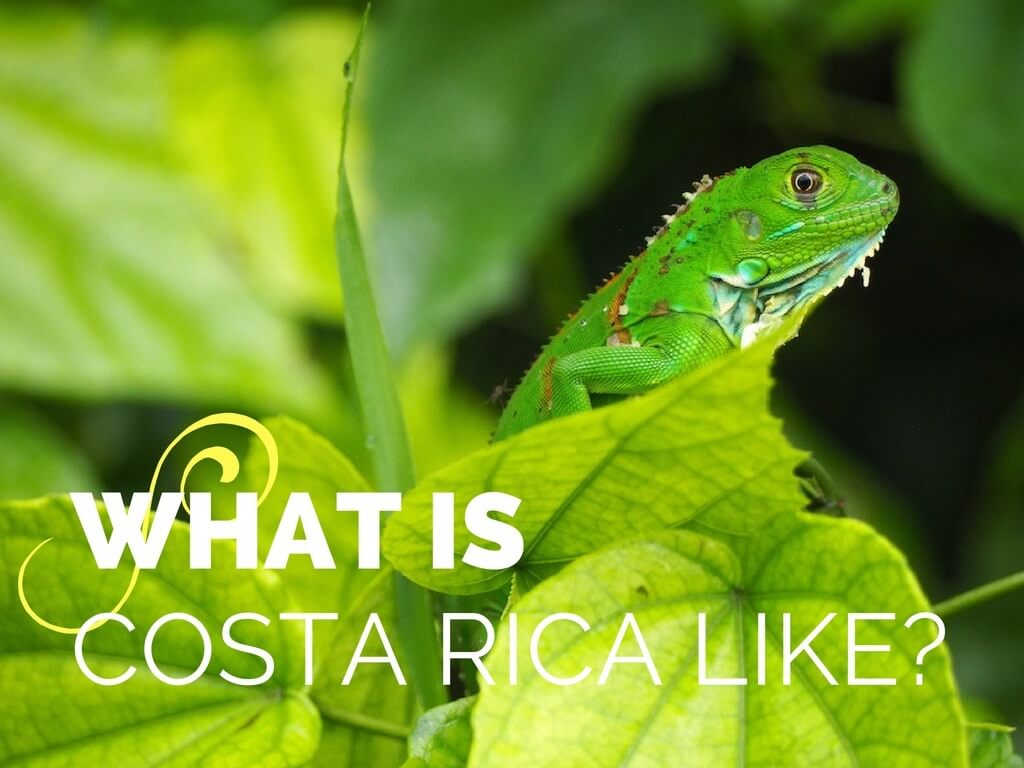 I’ve always wanted to go to Costa Rica. Not sure why I hadn’t made it there yet actually. A decision I questioned even more while I was there.

I wasn’t on a backpacking trip, but a fancy press trip, of course designed to show us as many of the country’s highlights as we could fit into a week. It showed me that I’d come back at either end of the budget spectrum though. In places like Tortuguero and Arenal, I could totally see why backpackers liked it so much. While staying in places as fancy as the Pachira Lodge and Hotel Grano de Oro in San Jose was an absolute luxury. It was obvious why so many tourists go to Costa Rica on honeymoon. 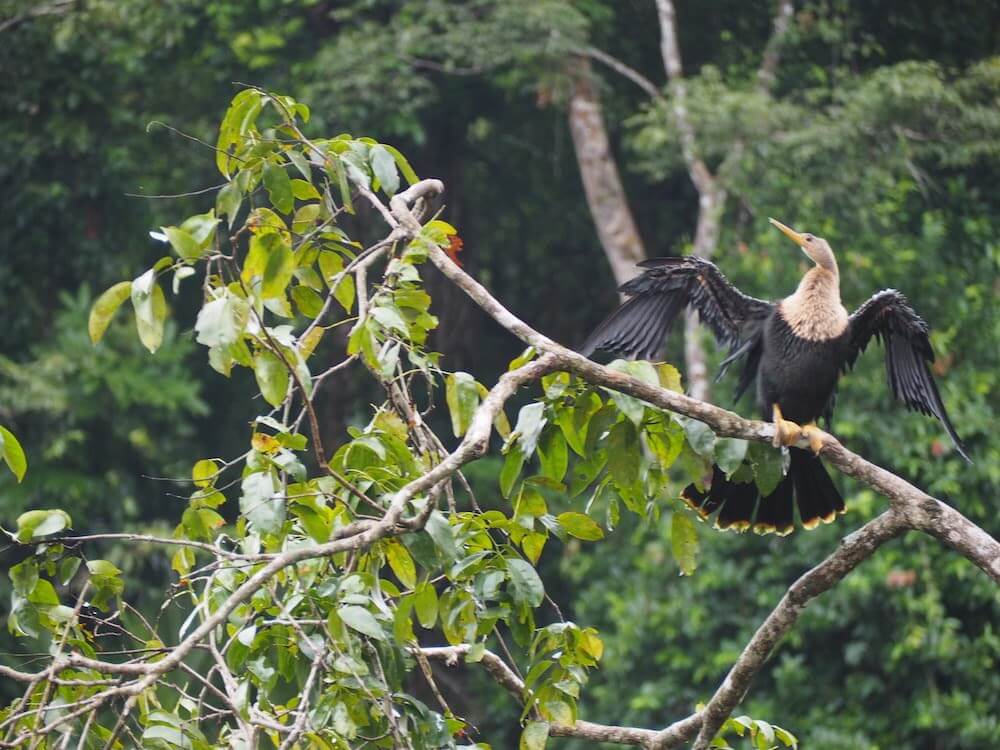 Of course, you think Costa Rica and you think wildlife. I never expected to see so much though. I’ve been on wildlife quests before – that time I spent six hours waiting for an Arctic Fox in Lapland (and then lost my phone), going thresher shark scuba diving in Malapascua in the Philippines and seeing nothing, and that whole afternoon of my life I’ll never get back looking for some kind of special bird in the Gambia. Add to that the many snorkelling trips where I’ve got all goggled up to see nothing.

I know you can’t predict animals and I also know tour companies take the piss because a particular animal was seen there once upon a time.

Not the case in Costa Rica. We weren’t even on any sort of wildlife trek when we arrived into Tortuguero. In fact, it was just a transfer boat to the hotel. As soon as we boarded, our guide told us to look up, and there we saw a sloth in the tree. In the wild!

We went on to see another sloth, a toucan, spider monkeys, and a huge green iguana in the space of about five minutes, probably less. I couldn’t believe we’d actually seen the sloths and toucan in the trees. Day three and the most well known symbols of Costa Rica had already been snapped. One night we were sat at dinner, wondering what the excitement was outside. Eventually, and lazily, I went out to have a look and found, staring back at me, a racoon. He was so cute. His little face was peeping out from the rafters. Never seen one of them before.

Costa Rica is so proud of their animals, in fact, they’re on all the bank notes there. No faces of queens or boring historical figures round here.

One of the best ways to see the country is a Costa Rica adventure cruise, check out this post on sandinmysuitcase.com for more info. Anyone we met in Costa Rica was super lovely, from the waiterf who knew they should probably be nice to us because we were on a press trip, to the staff at the airports and in the shops we went to for our beer supplies.

On the penultimate day we went to visit the Bri Bri community – the indigenous people of Costa Rica – to learn more about how they live their life, and, most importantly, how to make chocolate. This is where we tried that hard to find delicacy, 100% chocolate. Jeez that stuff is bitter.

Our guide was super friendly despite him not speaking a word of English, and us having no knowledge of BriBri, or for most of us, even Spanish. His wife had set up the tourist side of the community, to give them something to do while the men were doing their traditional roles, and as a way for the couples there to work together.

Is Costa Rica Safe? Everything you need to know about travelling to Costa Rica safely

Our route in Costa Rica I had a go at daily vlogging while I was in Costa Rica, just as an experiment. You can see the videos I made here, although unfortunately I totally forgot to film for 99% of day 7 and seeing as it was just the drive to the airport, I skipped it.

We started in San Jose, went to La Fortuna and the Arenal Volcano, then onto Tortuguero for the Pachira Lodge. We spent out last days near Limon and then over to the BriBri community.

Day 6: Making chocolate in Costa Rica with the BriBris

I wasn’t really sure what to expect when it came to the food in Costa Rica. I was predicting rice and beans, and yes, I was mostly right, but they also do this thing where the cook the beans in coconut milk, which makes them absolutely delicious.

I love rice and beans, and can have them for every meal. So here, I did, but I also tried a few other things too. My absolute foodie highlights from the trip were from the Hotel de Grano Oro in San Jose. It was our first stop and in English time it was around 3am, but there only 9pm. We’d been awake all day and thanks to the food on the plane, I wasn’t particularly hungry. But of course, went down for dinner anyway.

Oh my days, when I was presented with the duck choice I’d made that all changed. It was the most incredible duck I’d ever tasted. And all the little embellishments were special, as in really special. I had some sort of pate stick, and a beetroot and sweet potato stack. Yum. The next morning the Huevos Rancheros, with avocado, was delicious too. Even if you don’t stay at Hotel Grano de Oro, if you’re in San Jose, go along for a meal. That’s what the locals do too. Another highlight was the ceviche above from a road side restaurant in Arenal, and then finally, this wrap up at the Sky Walk. Filled with pulled pork it was absolutely scrumbumdiddlyocious.

Things to do in Costa Rica I’m going to write a whole separate post on this, but in short, over a week, here’s what I managed to get up to in Costa Rica.

YOU CAN WATCH THE ENTIRE WEEK
in VLOGS ON YOUTUBE

Costa Rica’s tourism efforts are so focused on remaining eco friendly. Over 23% of the land is protected, the government are doing what they can to support and sustain their indigenous BriBri people. As a nation they’ve won all kinds of awards, certifications and accolades for their dedication to sustainability.

You can see the efforts in every day life – maybe not in the cities, where we were just in and out – but most definitely everywhere else we saw. Recycling is standard, boats on the canal are limited to protect the wildlife on the banks and turtle conservation is taught in school.

Costa Rica tourism was way ahead of its time with its focus on eco friendly practices. Now, as the rest of the world attempts to look like it’s following suit, Costa Rica is doing all it can in its quest to become the first carbon neutral country by 2021. 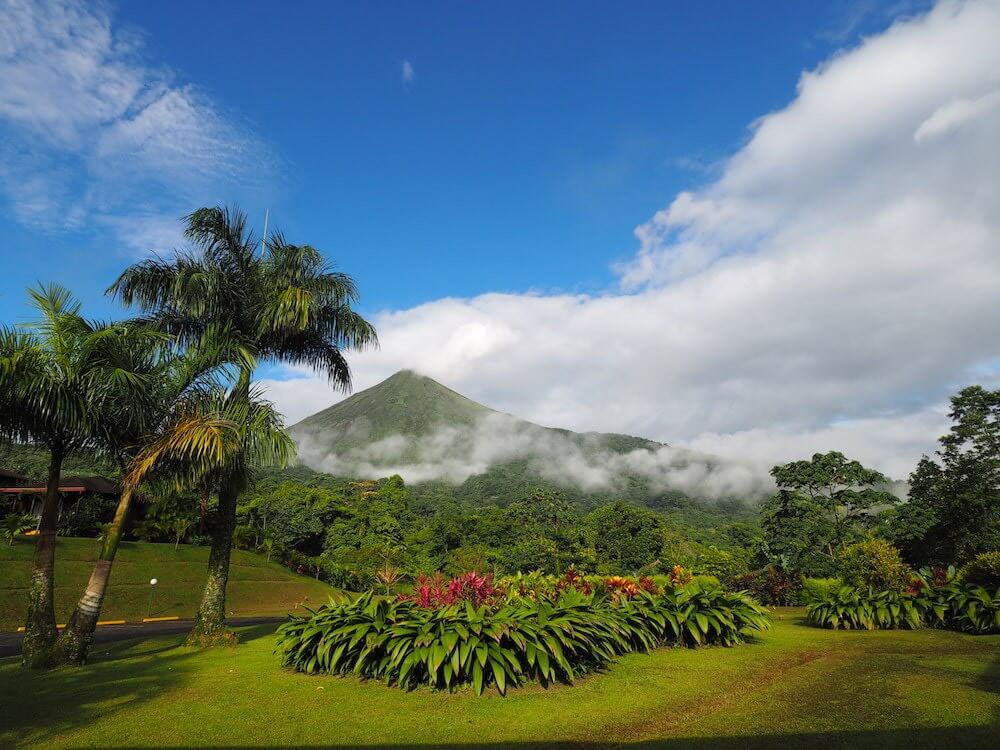 The drive back to the airport was tinged with sadness, but driving through the National Park, near where they filmed Congo, made me forget our airport destination. Alex, our guide, said people often thought that Jurassic Park was filmed here, and you could easily see how the mistake was made. Walls of greenery flanked the car on either side. As we zipped through in our van we whizzed past waterfalls, ones that in other countries you’d make the effort to go and see, whereas here they came as standard every few minutes along the cliff side.

The mist that descended over the van and out in front, just looked like something from a movie and the crazy Costa Rican drivers speeding past on either side added to the excitement. They were obviously numbed and oblivious to the majestic views on either side and in front.

Would I go back to Costa Rica? I remember one of my best friend’s going to Costa Rica, in his gap year after school. You know the kind of trip; asking everyone you know to sponsor you so you can go off for that life changing experience to save the turtles and find yourself?

The thing is though, it did change him. He came back a different person, and now I’ve finally seen why the country has stayed with him all this time. I’d love to come back to Costa Rica as a backpacker. It’s not a place where you need a lot of money to discover and explore, but of course, the luxury experience is waiting for you if that’s what you’re after.

There were many moments where I couldn’t believe my life while I was there. From the British Airways Business Class Club World flights – jeez, they’re awesome, I hope you get to try them some day – to the internal flights in the mini planes. The chance to take a few thousand steps back, to admire the country from above for the lush oasis it is.

So in short, yes, but before I do, there’s a lot more to come from this trip!

I'm glad you enjoyed your visit to Costa Rica. I'm a Costarican that is soon going to relocate to Southsea. I lived there a while back in 2014 and my husband and I have decided to move back as we truly enjoyed the place.

I was born and raised in San José and I can tell you that Costa Rica is in fact a very expensive country but as you have explain, there are affordable options for people on a budget. I love San Carlos for the hot springs and the mud baths, but If I had to pick my favourite Province of Costa Rica it has to be Guanacaste. There you will find some of the most awesome beaches in the world that will make you feel so relaxed, grateful and overall so happy to be alive.

If you are planning on going back to Costa Rica I can give you some insiders tips on what beaches to visit in Guanacaste. Take care and as is expected, Pura Vida.

Costa Rica is such an expensive country, just as expensive as the US or some places in Europe!

Oh really, do you think? I think it depends on where you go and what you do. Obviously there are so many rich Westerners coming in that it drives up the prices but I think you can still find the better value places if you try.

"I wasn’t on a backpacking trip, but a fancy press trip"

I misread that as fancy Dress... I kept wondering why there were no pictures...

Ha, I wish there was. Maybe I could do that on my next press trip, not for any reason, just for a laugh. Dress up as something different every day – that would definitely entertain me. :)

It was SO good Jen. So good. Hope I get to go back one day and explore more :)

ok somebody take me to Costa Rica now! Everyone's photos have lifted it to the top of the list!!