This one time, I went to Israel and drove an ATV round Upper Galilee, the Hula Lake and the Jordan River.#vibeisrael Vibe Israel #israel

Posted by VickyFlipFlopTravels on Thursday, 28 May 2015

My Video of Attempting to Drive an ATV in Galilee

Just a few centimetres from the precipice of the hills of Galilee, my ATV guide was encouraging me to climb higher. I was now responsible not only for myself and the vehicle but also my new friend Jodie who’d placed her trust in me for survival. The range of expletives coming from my mouth showed her this was a silly decision.

I was attempting to traverse the boulders and rocks in the way of me reaching my guide while the epic drop was threatening me below. I swear the rocks were bigger than it shows on the video, I just didn’t film that bit. 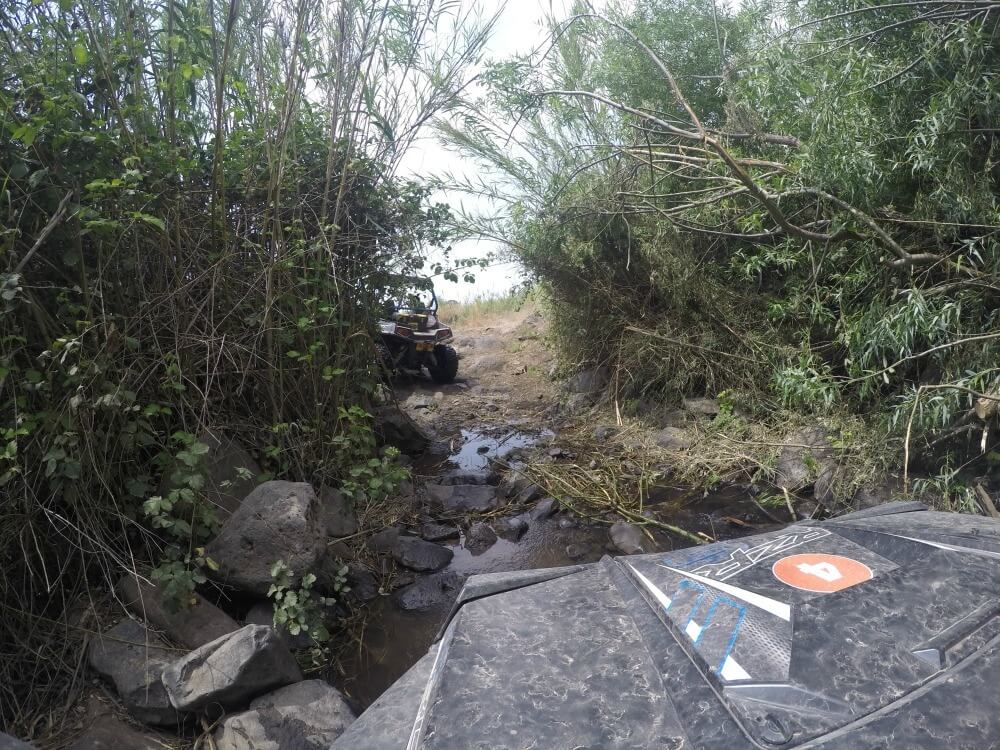 Going ATV driving in Galilee was definitely one of the most exhilarating things I did on my trip to Israel. I’ve driven on the sand dunes in Egypt but this was something else.

We drove round Upper Galilee, the Hula Lake, the Jordan River and a few hidden caves and brooks the average eye would never find. I got up to 80km/h in my race with our guide, and definitely could’ve beaten him, if I was just a touch more competitive. Which I’m not.

As you can see from my little film, I was filthy and covered in dust by the end, but happy and feeling free.

21 Unique Things to Do in Jeju Island

How to Cycle in Kenting, Taiwan, on a Budget