I’ve always felt weird about travellers visiting schools and families for the day in Africa to meet the children and ‘understand’ how they work. It always seemed to me more disruptive for the children than of any benefit to them.

I hate the way the most desperate are wheeled out every year for Children in Need and the way celebrities go and visit them and cry, when the cost of their handbag and luggage could probably feed their entire community for a lifetime. I’m strongly against anyone going to intrude on such societies, just to feel better about themselves.

For these reasons I was unsure about going to visit some local families on my recent trip to Gambia, but seeing as it was in the itinerary and I was on a press trip I went along to get a more informed opinion on the subject.

The children I was to meet were a little nervous at first and I stayed away. I didn’t want to be one of those people who just has their photo taken and stick it on Facebook to show what a ‘cultural experience’ they’re having and then walks off having got what they wanted. But the way the kids interacted with the others in my group was fascinating. They were the ones that forced themselves on them. They wanted their photo taken, they wanted to hug them and it was like they needed to touch them as much as possible. I sat waiting, watching to see if any of the kids were uncomfortable with us being around, but they were loving it and getting more confident with my fellow travellers by the minute.

I decided to walk over and give them one of them a high five. Best thing I could’ve done. The kid returned the greeting and the rest of them were soon queuing to high five me too. It was funny – they laughed, I laughed, we were having a good time. I couldn’t get around them quick enough. I tired of it before they did; they just kept on going until the drums started up. 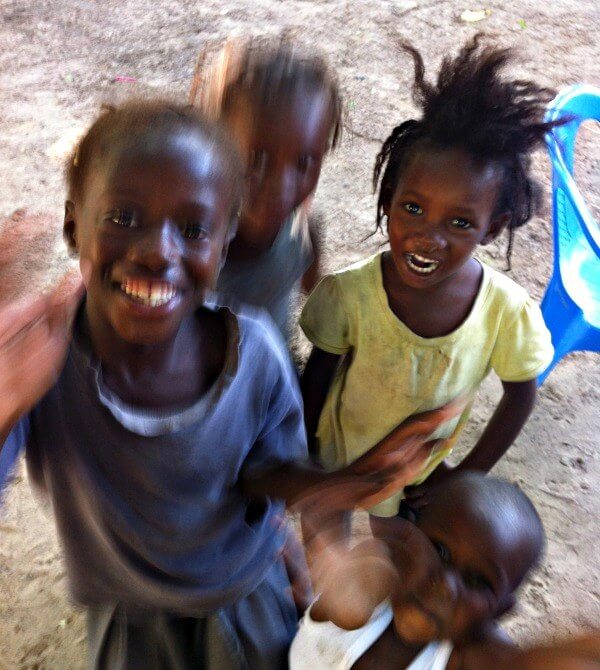 I was there for a traditional Senegal drumming session, not ‘traditional’ in the way they show you in the hotels where they try to recreate an ‘authentic’ experience, but actually a real local gathering out in the Gambia community.

Mums, dads and kids alike had shown up to see the locally-living group dance and beat the hell out of their drums.

The kids couldn’t leave us along though. They pointed to my camera and back to themselves. I’d take a photo and they’d want another one straight away in a different pose. I felt uncomfortable at first. If someone from the Gambia rocked up at my kids’ school (if I had one) and started taking photos there’d be a riot. Last Christmas my friend was telling me how they weren’t allowed to even take photos at her nephew’s nativity play,  yet for some reason when Brits go to countries like Gambia it’s normal to take a snap a second, and even expected. 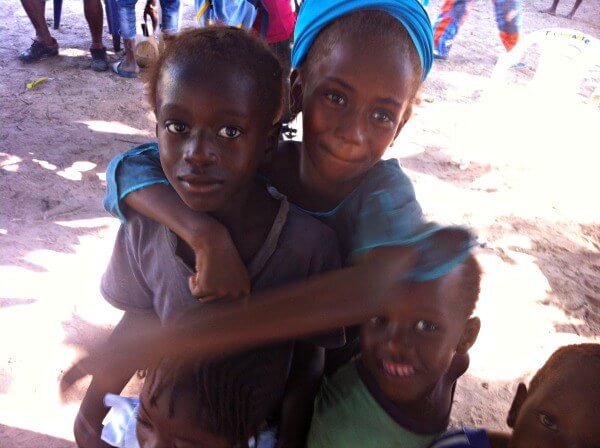 It’s just the same with adults though. If I met a group of adults in Gambia I’d feel rude taking my camera out and getting a pic of me stood with them all, them laughing, them hugging. I’d always found it strange that it’s ok to do this with children, even disrespectful. I started to ask their permission, but with our lack of a common language, in their eyes I was only wasting valuable photographing time.

I soon fell into the rhythm of it though. They were fascinated by my handy point and shoot camera so I showed them the video function. They laughed and squealed and beckoned their friends over to join in. It still felt a little weird but they were having such a good time I brushed it off. I now have over 50 photos and videos of my time with the children. Mostly blurred thanks to their quick and overexcited movements, like this one… 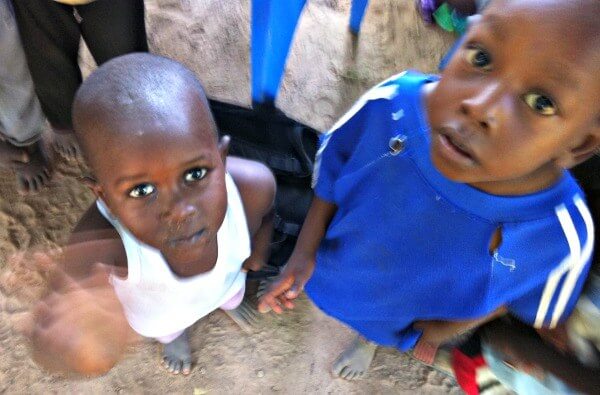 I debated deleting them all after. My time with this particular group felt like such a perfect moment in my life that the photos cheapened it in a way – as if some might think I was only doing it for the photography to show off with. I reasoned that photos are there to remind you of the good times though, and that’s exactly what these were. In this limited experience, my only one, the kids were forcing me to take their pictures and they were happy with the results, so like anyone who’s got photographic evidence of a good time, I want to show them off. 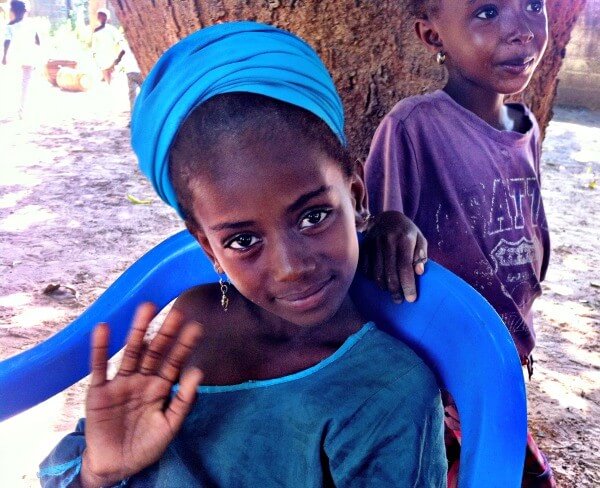 And so that’s it. That’s how travellers end up with all these photos of beautiful and happy kids hanging off their every limb. They haven’t just wandered in and demanded the children hang out with them, or even taken a photo of just a second in time. This was a full day of meeting some interesting people, in this case children, who I’d never normally have the chance to interact with – and that’s what travelling is all about. New places, new friends and new experiences.

If you want to read more about the ethics of photographing children I really agree with these tips from uniteforsight.org.

Vicky I completely agree with you on the massive grey area there is when taking photographs abroad, particularly when it involves children, slum tourism is another pretty vivid example. At the end of the day how would we like it if a busload of tourists came traipsing through our house for an hour every day and demanded we pose for photos? There are so many ethical minefields to tip toe through we could spend days debating it. But I love your reasoning at the end there, in a way the camera can also be a form of universal translator in situations like that, a common ground that everyone can bond over and give you those wonderful experiences even when there are language and other barriers in place. Great article.