I’m at Sziget festival in Budapest this week, until Sunday – a full week of festival fun. It’s the longest festival I’ve ever been to, a whole 2 days longer than Glastonbury. There are acts from Monday to Sunday, but my first day at Sziget Festival was yesterday, Tuesday.

I’m on my lonesome until my friends arrive tomorrow, but after Latitude I’m becoming a bit of a pro at going to festivals on my own. It means you can come and go as you please, see exactly who you want and also you don’t drink to keep up with the group. Obviously not quite as much fun but that’s the trade off. 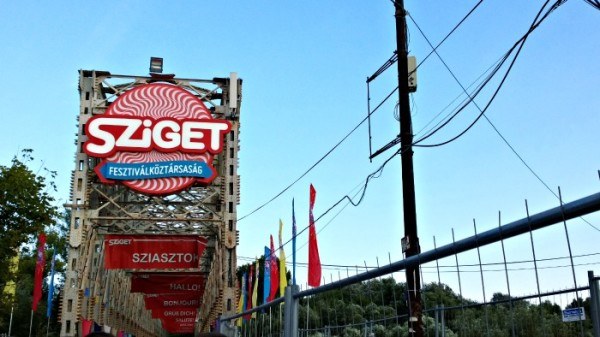 I spent a few hours at Sziget yesterday after walking for two hours from my apartment (festival cheat, I know) – I was convinced it would be round the next corner. Finally found it and I saw some guy getting his super soaker full of booze taken off him, he obviously hadn’t read my how to sneak alcohol into festivals post.

I managed to see Ska P, the balloon party, Queens of the Stone Age ­(who were Amazing) and Deadmaus (who were also Amazing). I also saw a few things that from my life in festivals I noticed were clearly unique to Sziget Festival…

They make you use a payment card 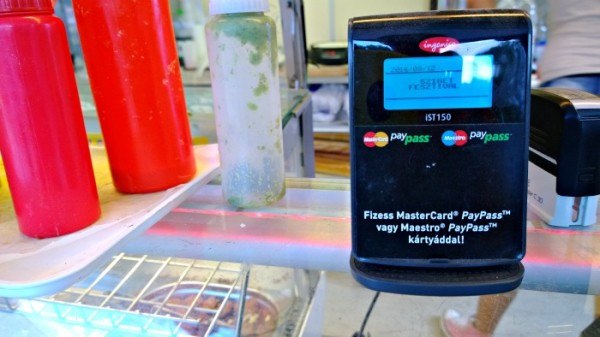 You have to pay 500 Hungarian Forints for the card (£1.25) and the same again for a bin bag. If you bring the former back full and the other back at the end you get your money back. Interesting. At first I thought the payment card was really annoying, especially as the queue for it was a mile long, but as soon as you get in the bar queue or food queue you realise how much faster it makes things from there. Apparently you can also get your money back from it when you leave, so I’m definitely warming to the idea.

Up on the main stage screens they show a count down from 60 to when the bands come on. And they come on time. Everyone counts down together and it’s a really fun way to get the crowd excited. Around £2 a beer and £4 a cocktail. Prices were double and a half more at Latitude a few weeks ago.

I’ve seen burgers, wursts, gyros, pizzas, liver tortillas (thought I was ordering an innocent tortilla, quickly backtracked when I saw the word ‘liver’), tapas and I finally chose a falafel wrap for 1150ft (£2.90).

Phwoooarrr, Check Out the Food at Sziget Festival!

There’s a lot of crowd surfing Sad story for you: I bought a necklace on my two-hour walk in and put it on straight away. In comes a crowd surfer who me and my co-crow weren’t strong enough to hold up so we had to let him gently to the ground. He grabbed my neck and pulled my necklace off –the stone fell out and the chain ripped. Proud owner for approximately 4 hours.

This is the most internationally diverse festival I’ve been to. Speak to someone and you never know where they might be from. Unless they’re waving, holding or wearing a massive flag as a cape that is.

The Sky Bar at Sziget Festival It’s so busy, so busy. It was only day 2 and already it felt more hectic than even Glastonbury did and there are loads more people still to come as the 5-day ticket holders haven’t even arrived yet. Loads of people will have day tickets for the weekend too.

Some too hard. I saw some right messes being paraded past the crowd by their friends, even before 9pm last night. And the festival goes on till 4am.

I didn’t get much of a look around last night as I was only interested in the main stage, but the site looks absolutely huge. You can watch live on the website, look at it! Crazy!

Where to Go for a Special Occasion in London
← Previous
My Top 5 Tips for Recovering from a Festival
Next →
Click here to cancel reply.

Very fun and Crazy festival. Interesting blog thanks for sharing.

I like your post about Sziget Festival. Very interesting. I am as well thinking about attending sziget festival this year. Your post helped me a lot. I am from Germany and I think I m gonna buy me tickets for the festival right know :D. Thank you very much. Keep going with your wonderful blog. I really enjoy reading it!

Ah Sziget is so much fun! Crazy festival :) Hope you have a good time and glad you're reading my blog.

[…] Vicky FlipFlop Travels – Sziget Festival – Some excellent on site info about this music festival. I went a couple of years back and really enjoyed it, we didn’t camp, but the atmosphere is awesome. I look forward to hearing more about the festival in coming posts. […]

My Review of Sziget Festival in Budapest

[…] if you want to find out more about my first day at Sziget Festival, but to summarise, I was overwhelmed. To paint the picture of my state of mind I was on my own and […]

Being a Hungarian, and having been the first time at Sziget 9 years ago, it was very interesting to read your experience of this festival. I'm glad you enjoy it and hope you can discover the city as well, as there are really beautiful places in Budapest.

Have a great time!