Phwoooarrr, Check Out the Food at Sziget Festival!

The food at Sziget Festival was something else. I’m more used to ‘meat’ burgers and soggy chips but Sziget had laid on a right feast for us! 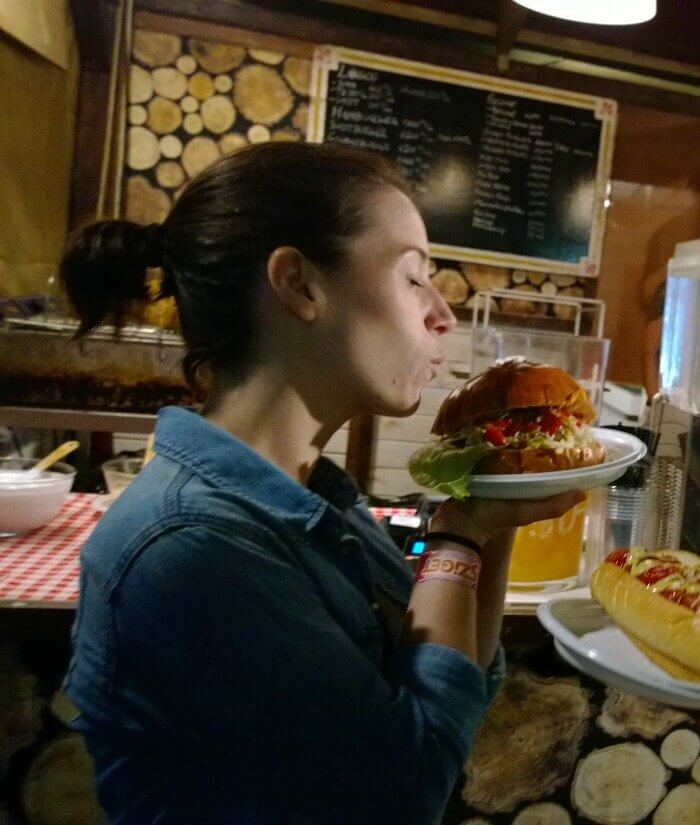 There were so many options throughout the site that so long as you weren’t going between 6-8pm you could be guaranteed to get right in there.

I can honestly say that the spread at Sziget Festival was the best I’ve ever seen. There were a range of prices too – you could get a slice of pizza for 500HUF (1.25) and a kebab for the same. 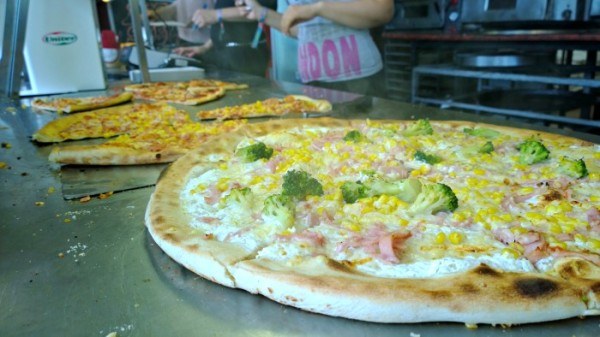 One of the best things I ate during the whole 11 days I spent in Budapest was one of these chicken kebabs from the food of Transylvania stall. There was definitely enough for two there and I did end up sharing with my friends. It also cost a tenner, but just look at all that juicy meat. That’s the kind of protein you need to make it through a festival. 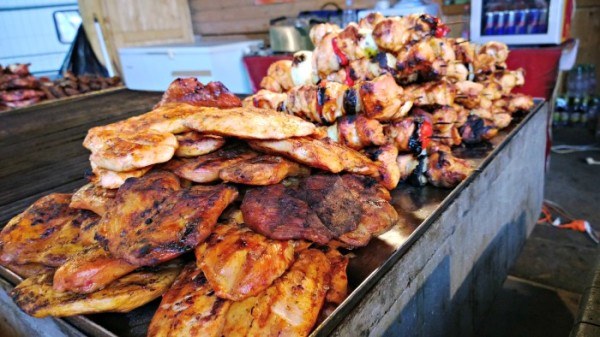 There were huge slabs of meat everywhere – look at these sausages! There’s no way you could go hungry at Sziget. 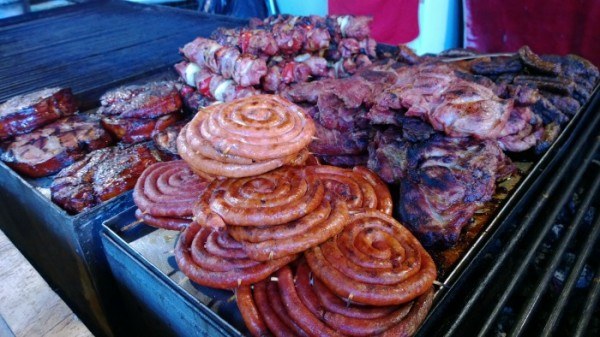 The stalls were dotted around the site and there was also an International Food Village serving up the best cuisine from all over the place. You could get a plate absolutely stacked with paella, or my friend tried one of the Indian dishes complete with naan bread and rice. 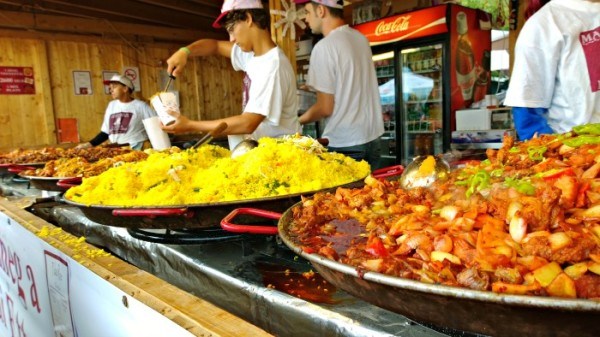 The size of the food at Sziget was insane. Need a burger the size of your head, or a sausage to feed a family of four? You’ve found the place… 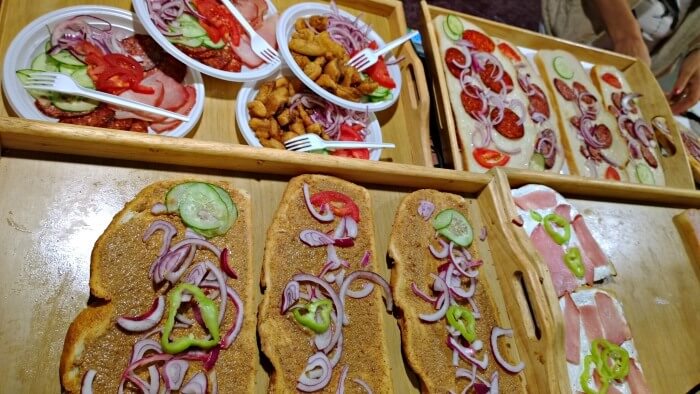 You could also get pastas with different toppings, trays of fruit (never seen that at a festival before!), a range of local delights and a sweet crepe to top it all off. Jack Daniels had a whole area at Sziget and were cooking JD-inspired dishes, which sadly I never got to try. Over the week I had the Transylvanian chicken mentioned above, a gyros kebab, a slice of pizza, a go on Mike and Michelle’s burger and sausage, pretzels, and a falafel wrap. Each dish was the finest of its cuisine, and I needed the energy. Well impressed with the menu Sziget. Best festival food I’ve ever had! 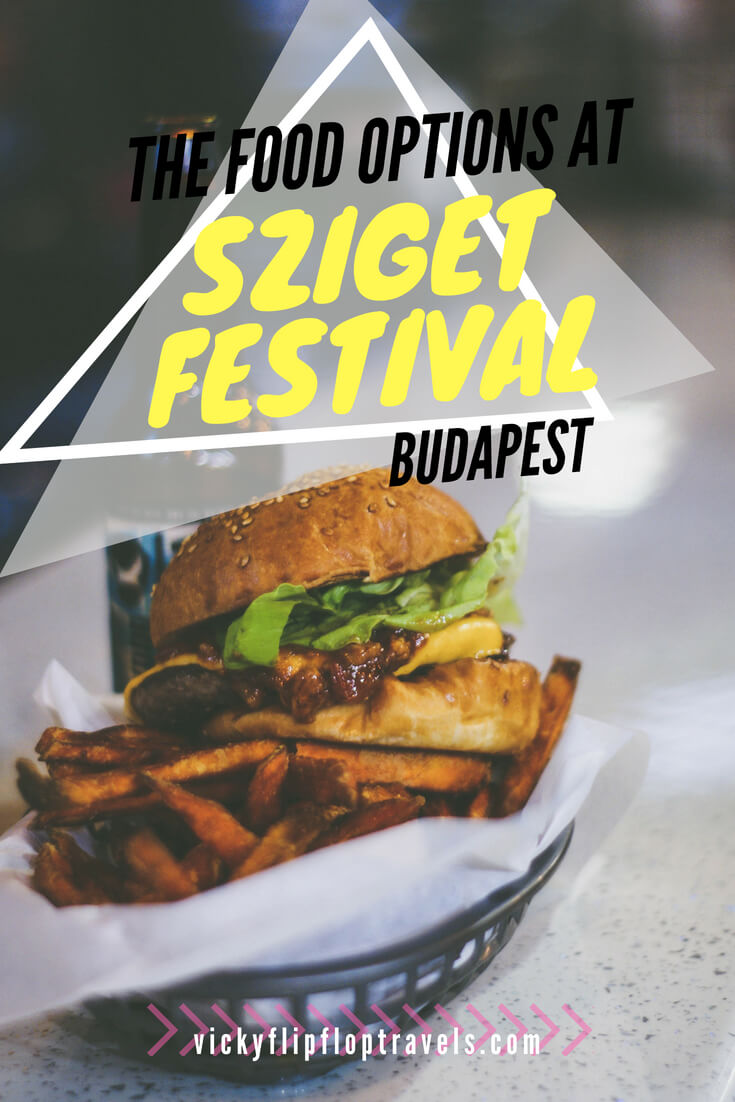 My Review of Sziget Festival in Budapest

[…] The food and the Sky Bar were the best and most unique things about Sziget Festival. […]

Always wanted to go to Sziget and if there's anything to convince me to go, it's usually to do with food. Quite the spread!

Yeah, it was amazing! Lots more Sziget posts to come...