Best Festivals in November I’d Go To if I Could

It’s still sunny in England, even though it’s October, but there’s a definite chill in the air. Winter is coming, and according to the hyperbolic news reports, it’s going to be a tough one.

Only one way to get through it – festivals! – Thanks arielmartini for the pic

I’ve been wanting to go to this for so, long. Rolling Stones magazine describes it as ‘the hippest long weekend on the annual music-festival calendar’, while Flora the Explorer says ‘you’re more than likely to spend half your time in the company of the very bands you’ve just seen performing’. Argh – too exciting!

Adding to its coolness is the fact that Iceland Airwaves started off in 1999 in an airplane hangar. It soon outgrew that and now takes place in an area just outside of Reykjavík in early November. I want to see Asgeir, so bad.

While temperatures may be cool at that time of year, I can guarantee the acts are pretty hot with some of the biggest names in music popping up on the Airwaves’ stages. I’m talking The Vaccines, Florence and the Machine and even that Beatles destroyer Yoko Ono. 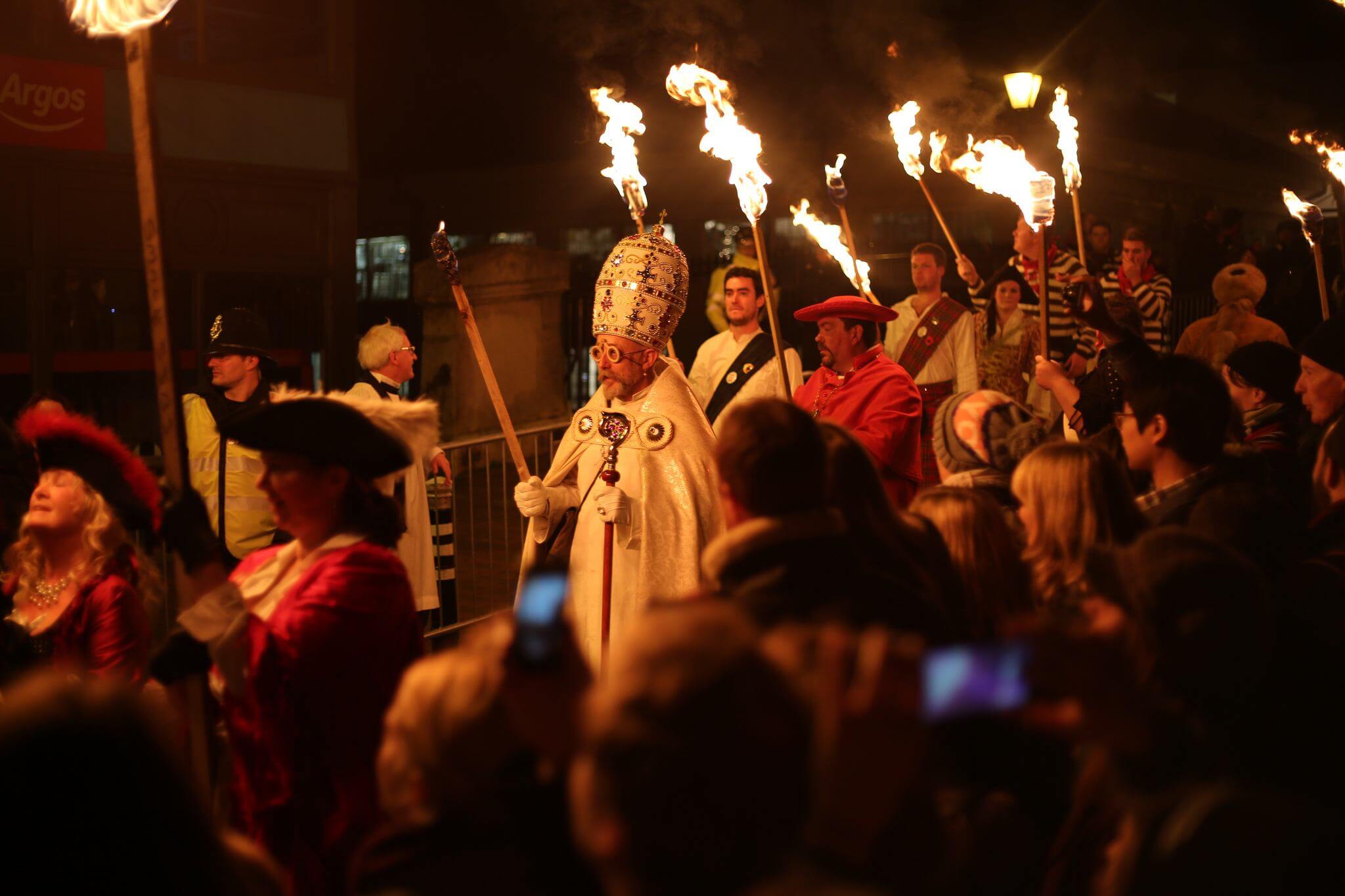 – Thanks [email protected] for the pic

For the majority of the UK the 5th November means cosy bonfires, a quick round of sparklers and a munch on a toffee apple. For me growing up it was all down to the Barton-under-Needwood Bonfire for a whole night of drying to dodge the wayward rockets and fitting myself out in as many headband / neckband glo sticks as possible while begging mum for the money for a soggy burger.

For the town of Lewes, near Sussex, Bonfire Night is a little more extreme. Flaming torches are the necessary accessory as the townspeople march through the streets dressed as Vikings, smugglers and any other bad boy character they can think of. They drag behind them a burning barrel of tar while occasionally chanting the odd ‘kill the pope’ in unison.

This medieval state of affairs is all to honour the 17 protestant men who were burnt at the stake in Lewes after the failed 1605 gun powder plot led by Guy Fawkes. For those with a love of pyromania, it’s a must.

It’s not the fire that’s drawn me in moth-like, it’s the thought of all those viking men wandering the streets with their testosterone all out of whack.

I did make it to Day of the Dead Festival last year though –
amazing, incredible, awesome and all those words times seven. – Thanks for lehighvalleypa for the pic

Whether its served with beans, in a roll, on a burger, lathered in sauce, with a fry up, round a prune, or a prawn… there’s not much bacon doesn’t go with. For US-based Babe lovers Pennsylvania’s BaconFest is a chance to make their way through all things streaky, smoked and cured in the name of getting in the spirit.

Across one weekend (November 7th and 8th) BaconFest puts together a pork-packed schedule full of bacon-loving events to entertain the little piggies as well as the big ones.

For anyone with a sense of style there’s the bacon costume contest (I’d definitely make a pig’s ear of that – ahaha), then there’s the pig race (trot on) and, for those who love a tipple, there’s even the bacon cocktail class (I have nothing).

What makes BaconFest all the better is that it pushes a good cause; to support local independent farms and get fresh farm food onto tables. – Thanks cm_john for the pic

I can’t imagine how equally ethereal and grounding it must feel to be stand side by side with your fellow festival goers on a beach and look up look up to see the release of thousands of lanterns over Chang Mai, Thailand.

A bucket list must, Yi Peng and Loy Krathong are two sacred events held annually to honour the Buddha. While you’ll find similar lantern release rituals taking place across Asia on November 25th, it’s Chiang Mai’s greenery and scenery that make it the most spectacular place to be.

Locals light their lanterns and set sail to small boats made from banana stalks filled with incense and flowers. This symbolises the act of letting go of negativity, which, let’s face it, we could all be doing more than once a year. – Thanks Zund for the pic

Would you believe I’ve never been to Blackpool?

I’ve always wanted to and, seeing as I’m back, this could be the perfect time to sneak in a cheeky trip.

As November gets underway so does the run up to Christmas and out comes the traditional food, presents and twinkly lights. Most UK towns have some sort of seasonal display to chat about but it’s Blackpool that tries to do it better than everyone else, with the world famous (?!) Blackpool Illuminations.

On the 21st of November, Blackpool amps up their usual low-key lighting display to showcase a more rambunctious selection, which includes beaming reindeer and sparkling Santas. To mark this annual occasion, the city holds a Christmas party afternoon from 3pm until 6pm. Along with the 10metre tree, the Christmas bulbs will remain a-glowing in front of the Blackpool tower until Santa has been and gone.

And you’ll never guess who’s turning them on this year, as in never, even if I told you Steps, Westlife and Robbie Williams were bestowed the honour in the past. 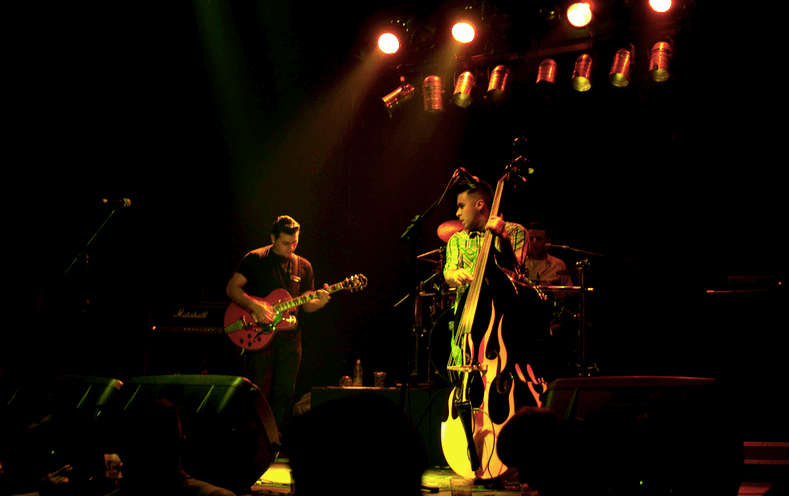 – Thanks johannstollmeier for the pic

Put the dolls away because, despite the name, the only thing you stick a pin in at VooDooFest is your Facebook location to show off to aaalll your friends that you’re at this epic music festival.

New Orleans celebrates Halloween with a weekend of international music acts. Although you’d expect a line up of renowned jazz acts from this soul city, more mainstream artists can be heard, along with up and comers, with past performances from Tiesto, Nine Inch Nails and 50 Cent.

Across six stages in the Mississippi lagoons, it’s costumes on and party up for the full three days. As part of the whole Louisiana experience I’d also get stuck into the alligator bites and po-boys I’ve read so much about for the true NOLA experience.

New Orleans is top 5 on my list for next year, but for the French Quarter Festival, I need to see the place. – Thanks to gomccoy.com for the pic

I saw Niagara Falls once, back in 2004 when I was a counselor at summer camp a few hours away. God it was incredible. I went on the Maid in the Mist ride and hearing the power of the water cascading all around me was amazing. Nature at it’s most impressive.

As if the four million cubic feet of water cascading down a 50 metre drop isn’t enough of a phenomenon, the November Festival of Lights adds strobes and dramatic tunes that I imagine would be one of the most incredible sights ever.

From November 21st right through until the end of January, the Ontario Power Generation Winter Festival of Lights cranks up the Christmas spirit with a 5km illumination route covering Niagara as well as the Dufferin Islands.

The latest digital technology projects vivid images to a powerful playlist over a 15 minute period on repeat between 6 and 9pm. – Thanks [email protected] for the pic

While the turkey is roasting and the elasticated pants are ready on the hanger, nothing says Thanksgiving like the giant balloons and hundreds in fancy dress at the Macy’s Thanksgiving Day Parade. Have you ever seen the photos?

The annual march runs from the upper east side to midtown, and while it’s also fun to watch on TV, I’d love to be in on the festive buzz of being in Manhattan for the live action. Sure you may get a bit squished and only catch a glimpse of half the fascinating floats, but the three hour holiday event is a fast forward into the festive season. Make sure to grab some roasted cashews en route from a street vendor for that authentic American feel.

Know of any other good festivals in November?

How to Win Travel Competitions & Get a Free Holiday!
← Previous
My MedSailors Croatia Trip from Split to Dubrovnik
Next →
Click here to cancel reply.

I went to the Lewes bonfire night last year (with my catholic BF!!) it was pretty hilarious, and all in good jest. That bacon festival though....now that's a festival I can get behind! haha

Check out the Enchanted Forest light show in Pitlochry Scotland. It's on now until the end of October. I'm in Australia and know someone who's been. It looks awesome! Check it out.

Hi Usga, just googled it. Wow, looks different! I need to go to the Lake District – I'm from England but have never been, shameful. Maybe I'll pop along next year :). Thanks for letting me know about it!

Hi Vicky, you missed out the Kendal Mountain Festival (it's everything you want if you're into the outdoors) and takes place in the stunning Lake District. Btw, I've been to the Lewes Bonfire night - weird. Usha

do you find history weird?

So, directly after reading this, I texted my friend: "Next Halloween, Voodoo Music fest NoLa is a must". thanks for the recommendation! cheers,

Ooo it's going to be amazing! I'm glad I could provoke that reaction. Hope I get to do some next year too. I think Airwaves is top of my list :)