Coolest Festivals in December to Go To [in 2021]

December festivals are obviously among the coolest of the year, in all senses. Don’t retire to the fire for fear of a chill, get out there and make the most of the mulled wine and hot cider opportunities.

The festive feel and impending New Year makes this month one of the best for exploring new cities and events, so get the thermals on and get out there for a last go at making this year the best one yet. Here are some of the best festivals in December for you to enjoy around the world.

READ MORE: Festivals Around the World for Your Festival Bucket List 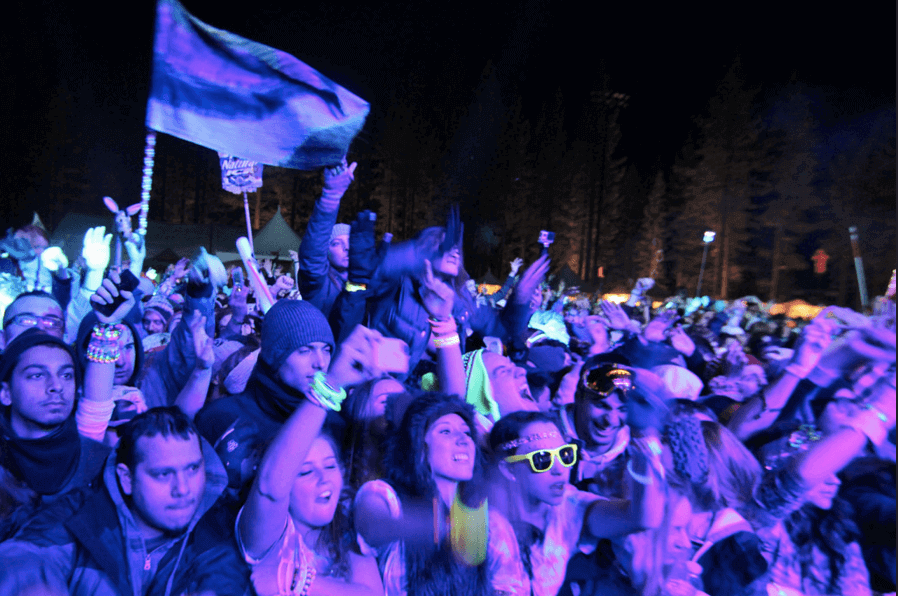 If your first thought was that this was a convention filled with thousands of snow globes then you may be slightly disappointed. Instead of sharing an appreciation for all things miniature and snow-covered, Snowglobe Lake Tahoe is in fact a Christmas-loving December music festival that requires attendees to bundle up in their winter best so they can enjoy the epic tunes without falling victim to frostbite.

While the California location might have you doubting such duffle coat temps exist, the Lake Tahoe spot is actually a ski resort which means it’s scarfs on and dancing moves out.

Snowglobe takes place from December 29th right through until the new year. It’s the perfect spot to see in the new year and the last chance you’ll have to really live it up this year. 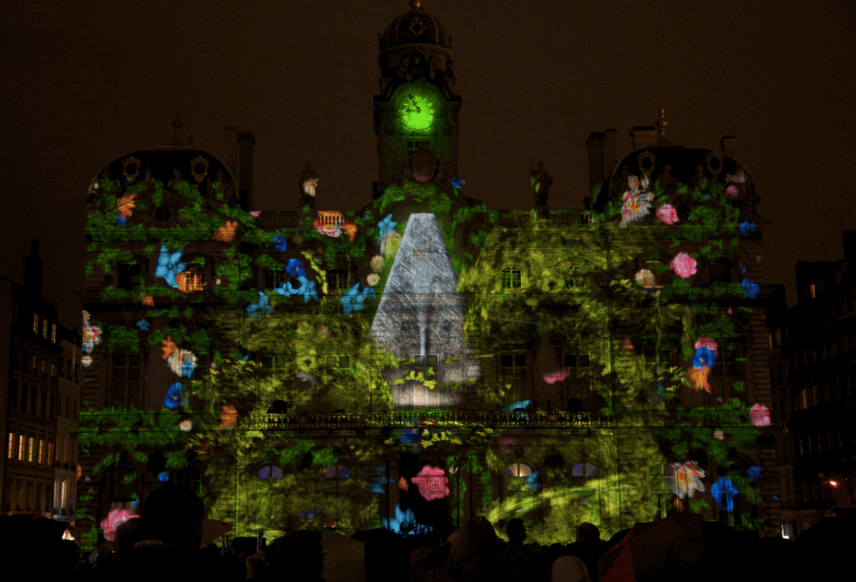 This one is all about Mary. As in Jesus’s mum.

The Virgin Mary is Lyon’s beloved saviour and Lyon honours her each year with the great Fête des Lumières. The four-day event is a testimony to what Mary means to the city – many believe it was she that saved them from destruction when the city was riddled with the plague.

Ever since those dark days of the 1800s, the people of Lyon have taken the time to show their appreciation with light and colour. From the 5th to 8th of December every house puts candles in their windows to honour her but, it’s the lighting up of the Basilica of Fourvière and the Place des Terreaux light show that truly wow.

This looks like one of the most amazing festivals in December there is. I’ve always wanted to go!

Fête des Lumières Festival on December 5th to 8th in 2019 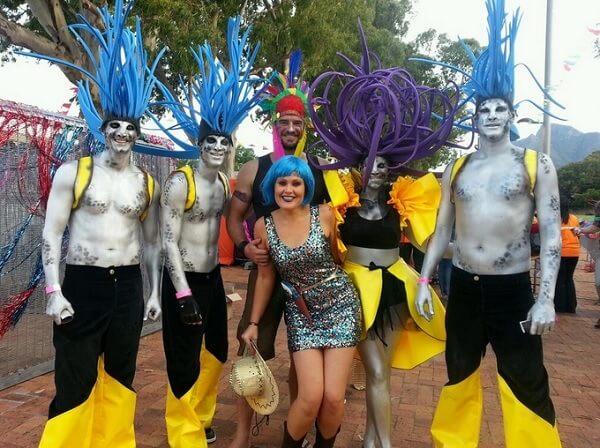 Mother City Queer Project seems to describe this festival well. A summer kickstart in Cape Town, MCQP is all queens, spangled-jeans and love-machines – but everyone’s invited.

It began in 1994 once apartheid was out and equality was in, giving gay people a platform to show how proud they were of who they were. Since then, the epic party has gained whole load of momentum and is now the most flamboyant fancy dress event in any Cape Town diary. Failure to comply with the annual theme, which could be anything from ‘farm fresh’ to ‘kitsch kitchen’, means there’s no getting in, so read up on the requirements and get sewing.

More of a party than a December festival, but absolutely brimming with those party vibes. 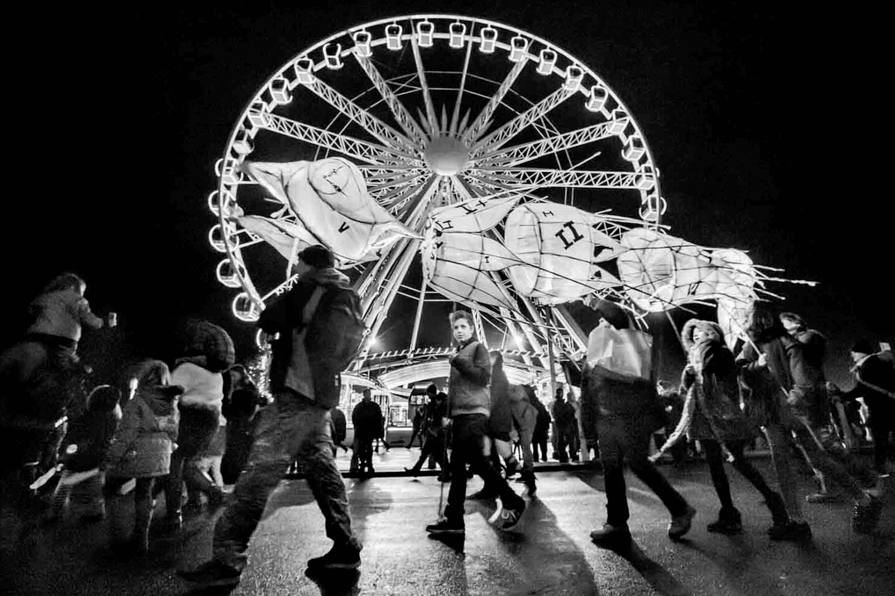 While you might hear the word ‘festival’ and think mud, wipes and raves, Burning the Clocks in Brighton is a gentler take and one for all the family.

Led by community art charity Same Sky, crowds walk through the city’s streets with paper lanterns on 21st of December, the shortest day of the year. Once the crowds have gathered on the Brighton shores the lanterns are added to a collective bonfire which burns bright as families contemplate the year’s end and watch the firework display.

Since 1994 Same Sky has brought the community together on this one night to be thankful over the holiday season. I really want to go to this – need to make it happen this year! 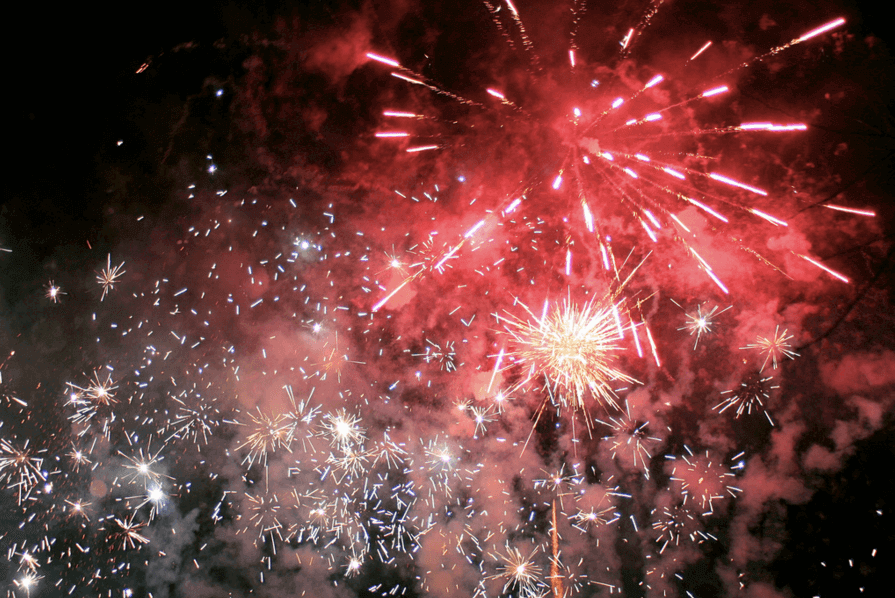 Hogmanay is the Scottish version of a New Year’s Eve. That means NYE with a wee bit more alcohol, a good few ceilidh numbers and a lot of laughs. For Scotland new year brings with it full scale parties whether you’re battling the cold at Edinburgh’s street party, enjoying a Glasgow rave or just having wee dram with your pals.

While being Scottish may be reason enough for the excessive celebrations, the real reason behind the full force extravaganza is the lack of Christmas back when Bonnie Scotland wasn’t getting on with church. Since then NYE celebrations have been hard to shake and all Scots like to see in the bells with style… and an unforgettable group rendition of Robert Burns’ Auld Lang Syne.

I went to Hogmanay back in 2014 and had a brilliant time, you can check out my Hogmanay experience here. 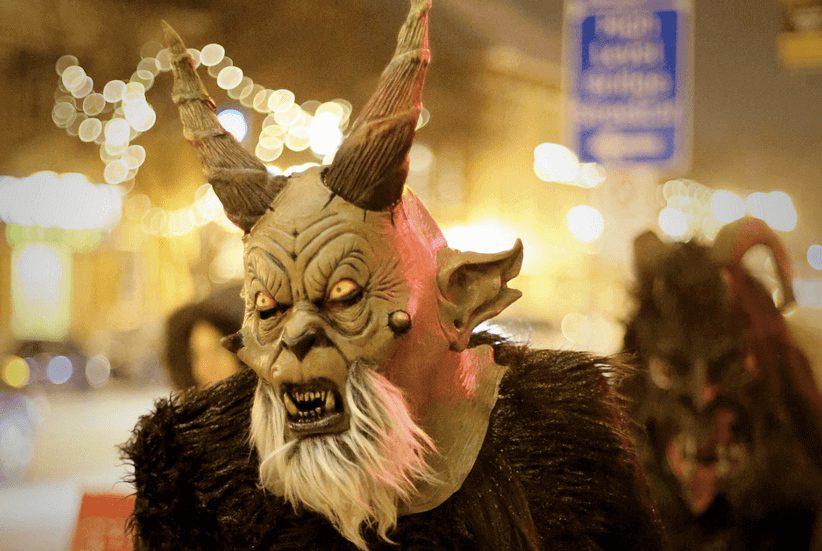 If you’ve kept the cursing to a minimum and avoided those Saturday sessions then you might have made it onto Santa’s ‘good’ list. For those who’ve behaved a little more liberally (moi? neverrrr) then the Krampus may be coming for you.

Originating from German legend, Krampus is a demon who doles out the coals and punishes those on the naughty list. On 5th December, the people of Vienna celebrate this evil little man by dressing up as him and competing in a race. With alcohol as liquid fuel, this parade soon turns into a Krampi party complete with costume.

However, this demonic event is scaring the kiddies so much that Austrian authorities are contemplating banning Krampus altogether. Need to get to this December festival ASAP before the fun gets shut down! 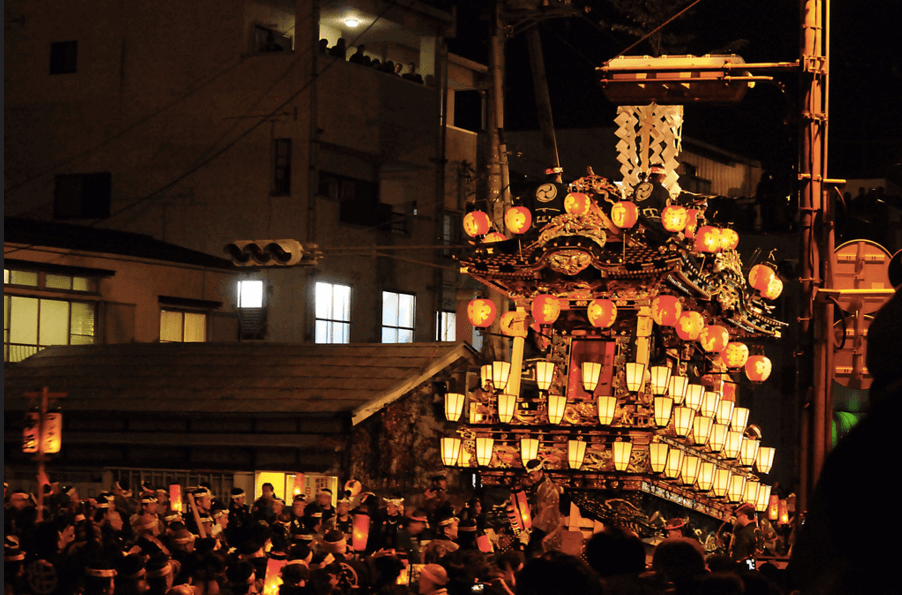 Chichibu Yomatsuri is a nighttime event full of pretty lights, ornate floats and a two-hour firework display. Celebrated on the 2nd and 3rd of December just outside of Tokyo in the town of Chichibu, the two-day event celebrates the local shrine’s 300-year history.

Ornately carved and beautifully decorated floats, or mikoshi, are carried by teams of Japanese men through the town. These men consider the physical tough act a rite of passage.

Adorned in tapestries and intricate paintings, thousands come out to see the 10-tonne floats as the bearers drag them up the hill to the plaza at the city hall. This in itself represents a tough physical journey and is rewarded with the colourful fireworks. Make sure you dress up toastie!

Chichibu Yomatsuri Festival on December 2nd and 3rd every year

Know of any other good festivals in December?

Let me know in the comments below!

The Coolest Festival Gadgets and Tech for Next Year

11 Most Important Festivals in India

Best Festivals in January Around the World

How to Reduce the Environmental Impact of Your Holiday
← Previous
22 Cool Festivals on the Isle of Wight
Next →
Click here to cancel reply.

These all sound amazing! Very diverse, but all very cool and fun!

Definitely. It's crazy when you look at the diversity of festivals around the world. I love reading about crazy ones I've never heard of before. I want to go to them all!

These all look like so much fun! Shame I have to spend so much money on presents... Plan - fall out with all friends over Christmas, not buy any presents then reunite in New Year- maybe at Hogmanay!

Ha great plan! I don't really buy presents anymore, it's quite sad. I think I just stopped and now that's the end. More money for travel I guess!