As someone who’d instantly change the channel when car racing came on I didn’t really know what I was doing at the Daytona International Speedway track.

My neighbours used to have the racing on the TV all the time, up loud, and just the sound of the racing track had my ears wincing, if that’s possible. So I’ll confess now, I couldn’t tell you one thing about Daytona before I went, and I was just there for the ride. Sure there’s a pun in there somewhere. We swung our Ford Mustang round into a ‘visitors’ spot, which we later found out was for actual important visitors, not us, who were merely visiting. And we parked it wonky. Hope they didn’t notice those mad skills. Then it was time to join the tour to learn more about one of the most famous race tracks in the world.

I feel like I now have a whole database of American car racing knowledge that’s just bursting to come out the day that I go on Who Wants to Be a Millionaire, or similar.

“Who built the Daytona Race track from his passion and love of the sport?
Was it A: Bill France?”

Yes Chris, no need for the other answers, he’s your man.

Yay, just won a million. So it goes in my head. I stepped out from our visitor buggy train, onto the tracks where I learned they go 200mph in a concave bowl, any slower than 80mph and they’re likely to fall in on themselves. Yikes. I stood in Victory Alley, where the Champers gets shaken when they win, and took this cringey photo with a wheel for some at-the-time unknown reason… They’ve recently invested $400 million into the Daytona race track, which now has capacity for over 100,000 spectators. On race days the track becomes one of the biggest towns in Florida, just to give you an idea of what this 100,000 number means. There are four entrances. One sponsored by Florida City Hospital – at first I was like ‘why would a hospital want to sponsor something?’ and then I remembered I was in the US. No free and friendly NHS here.

The four sponsors can decorate their entrance how they want. The hospital is having a waterfall, while Chevrolet is having some sort of virtual driving experience that wasn’t ready for me to try yet, but if you go anytime in the future you can give it a go. After the tour you can explore the Daytona Museum, home to the winning car of the previous year, still with the celebratory confetti covering the bonnet. It was Joey Logano’s turn in 2015 – and this is the beast he won it in. We went to the Daytona Archives Centre, again, I’ll be honest, I walked in and thought, ‘oh gawd, I’ll never escape’. But Herb Branham, the Archives Senior Manager, was super interesting and opened up the world of Daytona to me. I love it when someone’s passion for something that’s not normally in your realm totally rubs off on you.

He was solely responsible for over 100 years of Daytona memorabilia and the person people go to when they want to recreate engines, cars, moods and experiences around Daytona. He had the stories behind all the cars housed there and was an absolute fountain of knowledge.

He showed us the recreation of Bill France’s old office, a whole room of archives, tapes and all, and rooms full of toys and trophies. It was an incredible collection dating back years. 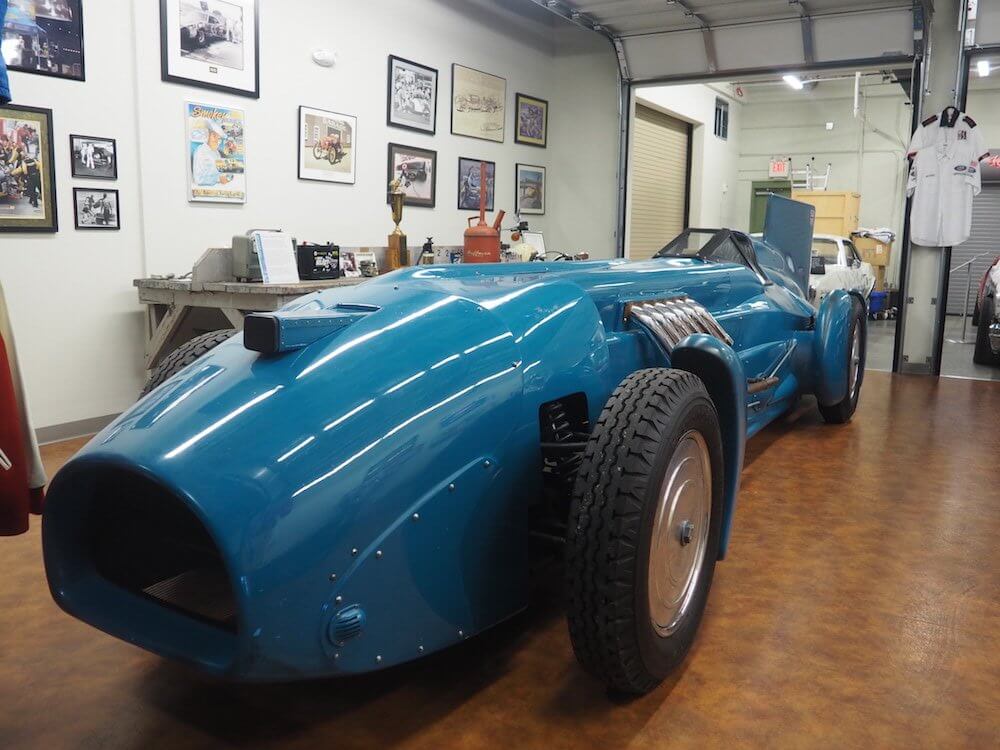 I learnt all about the Rolex24 race, definitely sounds like a strange one – for 24 hours teams compete to race the track non stop. I don’t get it, but apparently thousands of people join the crowd every year. Not one to judge, up to you.

I can’t imagine the noise that must come from Daytona on race days.

We topped the day off the with a trip to the North Turn, up at the Ponce Islet, just south of Daytona Beach. It’s a race track themed bar that looks out over the beach. Our excited visit that started on the veranda with a craft beer out to sea soon turned into a mad dash to get indoors.

We watched the storm with incredible fish tacos, three of them, dowsed in hot sauce. Delicious.

If you need somewhere close to stay, try the Hilton Homewood over the road from the Daytona 500. Beware during race days though, the rooms go for a fortune. I can also recommend the big shopping centre behind JCPenney – had a little look there for some treats for myself and filled my bag. Y’know, just to balance from all the fast cars and record breaking.

Ever discovered a new interest while you’ve been travelling?

VISIT FLORIDA are bringing ‘Moments of Sunshine’ to London this January. Click the link to see what they’ve got planned for the Big Smoke, or to find out more about Daytona, visit daytonabeach.com or the Daytona International Speedway site.