Photos from The Sapporo Snow Festival

For as long as I’ve worked in travel the Sapporo Snow Festival in Japan has appeared on ‘things to do before you die’ and ‘the most incredible events around the world’ lists. You know the kind of thing – the lists that would cost a few thousand to even get started on, and possibly a lifetime to complete, but you just can’t stop scrolling down?

While I was researching my trip to Japan I realised that if I extended my trip by a teeny, tiny three weeks I’d be able to experience the almighty Sapporo Snow Festival for myself, so I did.

I was there for the first day of the festival. I saw some important looking people up on the ice stage officially opening it (below) and I managed to worm my way in the night before for a first glimpse of the statue of the year – the Star Wars sculpture approved by George Lucas himself – in all its epic glory (see last photo).

The Sapporo Snow Festival by day The Sapporo Snow Festival is in three locations in Sapporo; along the 1.5km length of the Odori Park, at Susukino and at Tsu Dome. There are hundreds of snow and ice statues across the sites which, depending on the weather, have to be refrozen or retouched overnight. It was about -4C during the three days I was there but I definitely saw some sweaty horses as they began to thaw, and an Olaf slowly being reduced to what could be a puddle if he wasn’t saved in time. These girls above were slipping all over the stage as they attempted to dance on the ice. They were all laughing though and the crowd was joining in. My heart was racing a bit, worried that they’d fall over, but I’m happy to report they made it to the end without injury.

One of the coolest entertainments of the day was this huge ramp for the snowboarders. I stayed to watch for about 30 minutes and although the boarders were doing cool tricks, about half of them couldn’t land them properly. Cue lots of worried ‘oohs’ and ‘eeehhs’ from the crowd. The Sapporo Ice Festival by night

There was an area of the festival dedicated to the Philippines, which featured a huge ice sculptue rereplica of the Manila Cathedral and some Filipino food stalls. I’m looking forward to comparing the likeness when I visit next month. And there was the same for the Hsing Tian Kong Temple of Taiwan, below. I’ll be checking on their skills when I see that next week too. 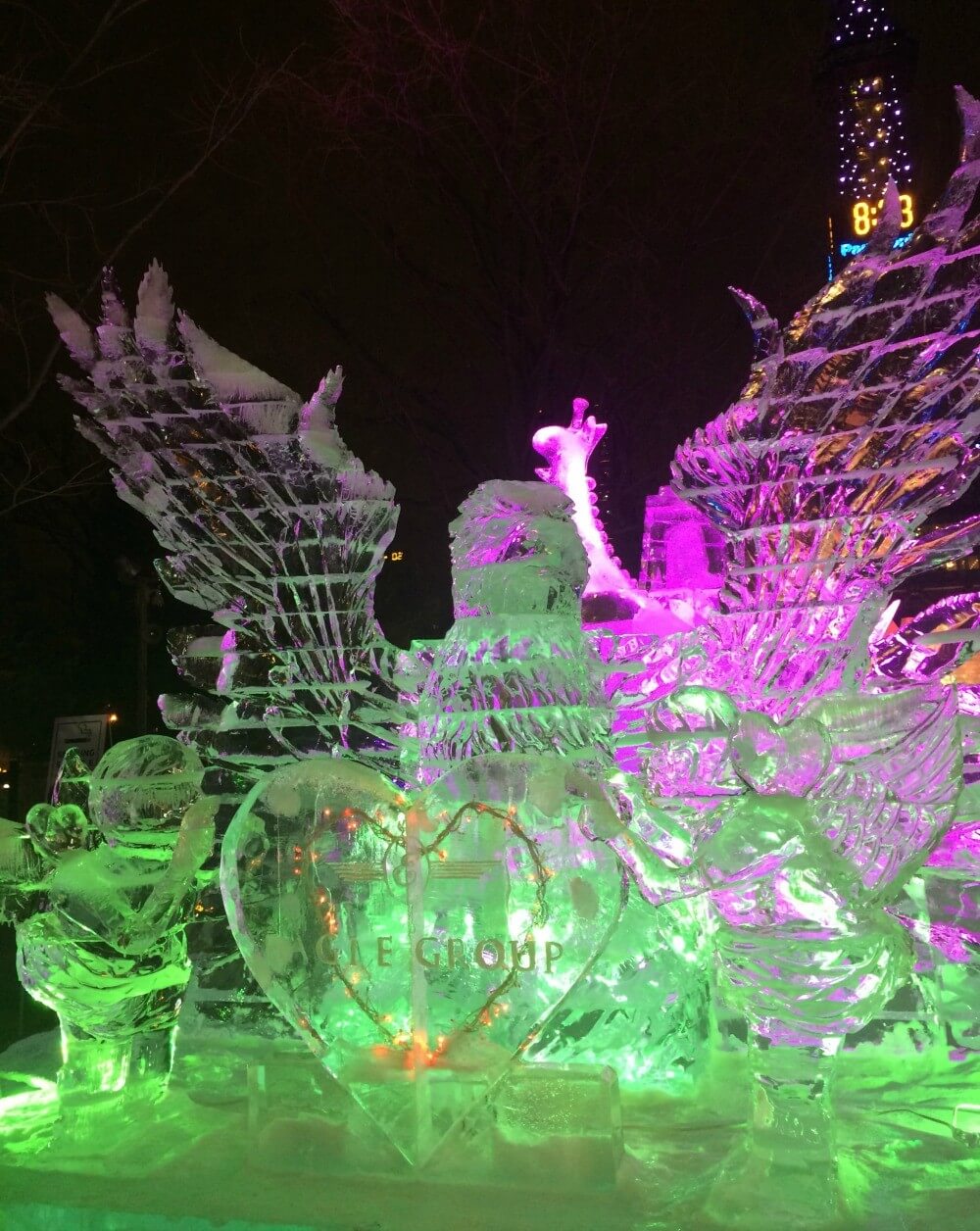 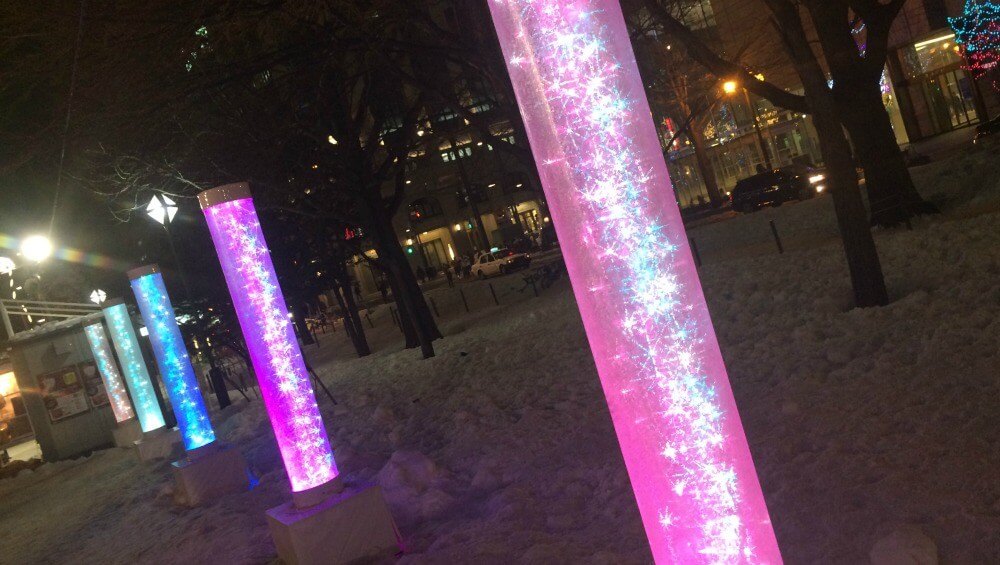 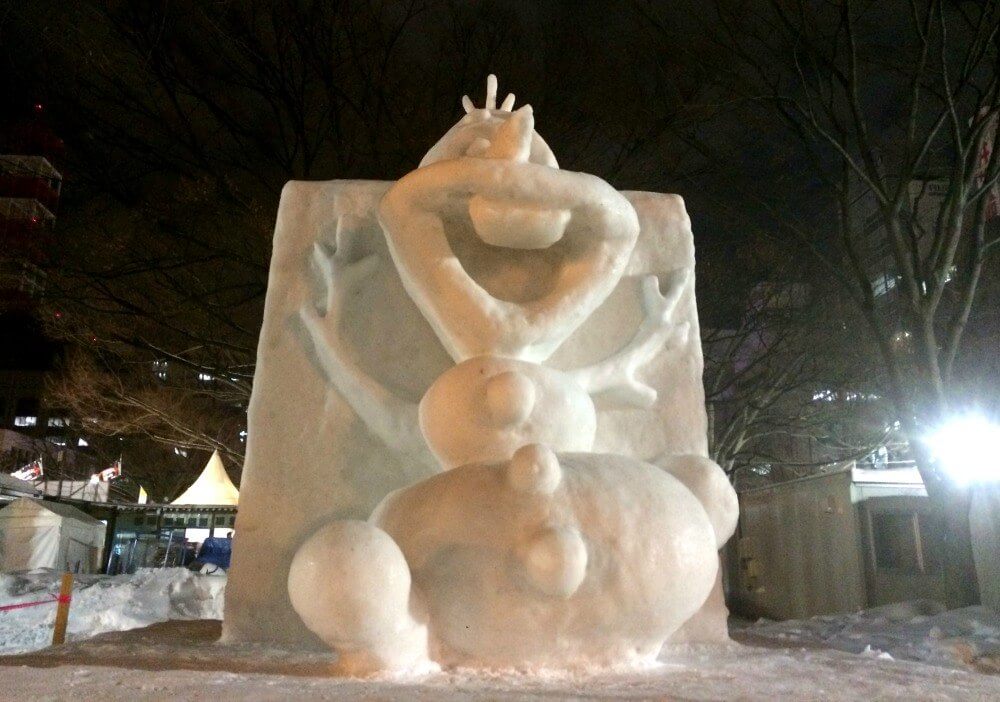 The festival was cool. There was a good atmosphere, some amazing food stalls (try the local miso ramen) and people were knocking back a few Suntory whiskeys as they went around. This Bacardi stall got pretty popular as the nights went on too. 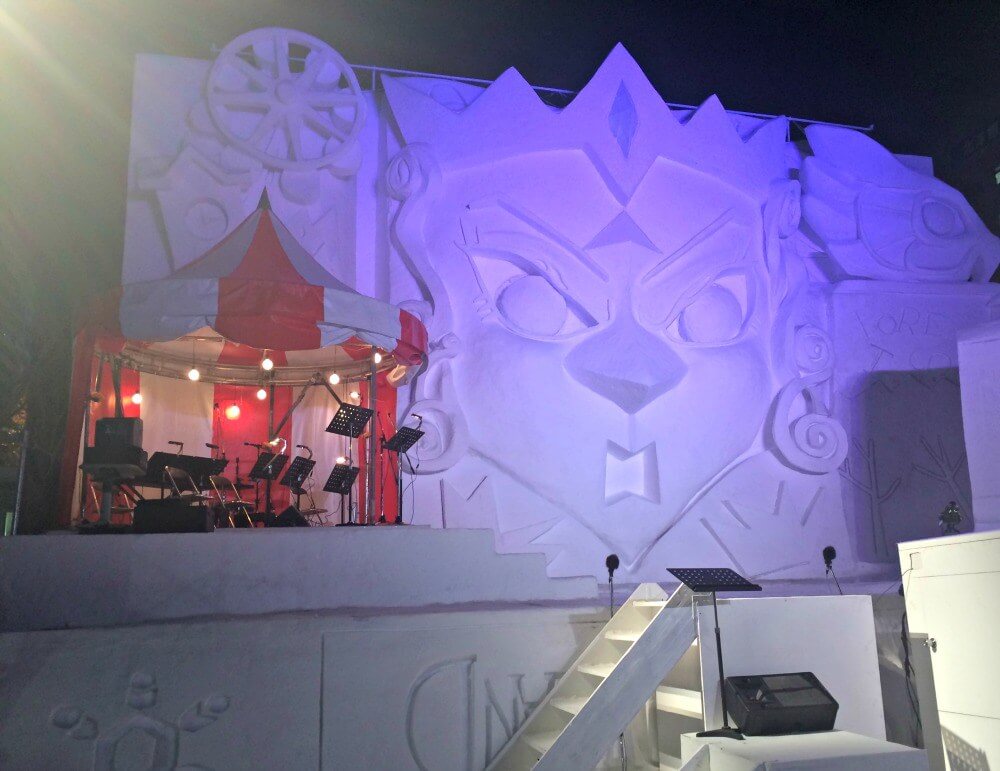 You only need a day to see all of the Sapporo Snow Festival and it’s easy to get to the sites just by walking around. Although it’s so slippy from the ice, I fell over twice and I hadn’t even had a drink. How embarrassing…

Ultimate Guide to the Otaru Snow Light Path Festival, Japan
← Previous
Is the Japan Rail Pass Worth it? + Top Tips for Maxing it Out
Next →
Click here to cancel reply.

You were really lucky with the weather. I had to wait 3 days until I got to see blue sky and it was freezing cold at night. ^^ I went there last year - and I wish they had the Star Wars sculpture last year. So awesome!

Glad to see you enjoy Hokkaido. ^^

Yeah it was really cool – nice and sunny in the day, but yeah, blummin freezing!