Best Stories of Sneaking into Glastonbury Without a Ticket

Seeing as I don’t have a ticket for Glastonbury this year, and 175,000 other people do, I thought I’d have a look around to see exactly how people have broken into the festival in the past.

Purely idle research, of course. I don’t think I could face going all the way down to Worthy Farm and not getting in.

I remember my neighbour getting in about 10 years ago by jumping the fence, and more recently, 2011, some friends paid a friendly farmer to get them in on their tractor. £30 if I remember correctly, and they made it through to the end without getting chucked out. They were locals though and knew the Glastonbury Festival crew.

From my own personal experience with the Glastonbury security measures and bouncers in 2011 I’d say there’s no chance of a freebie. Although, from my research I have found some pretty good ideas… 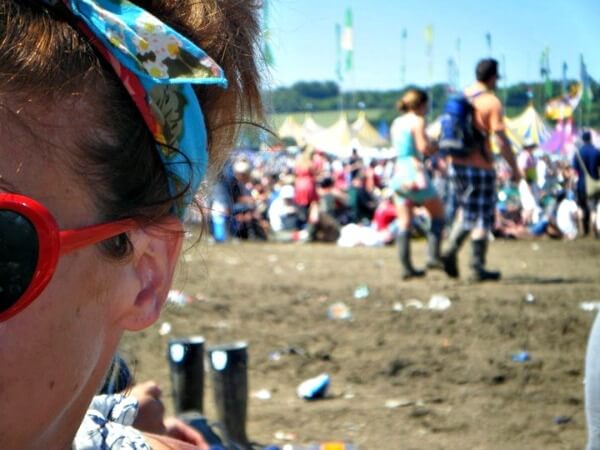 “I broke in 2004. We hid inside an old converted fire engine. We being myself, my mate, this girl we both knew and some random hippy woman that was intent on selling us home made jewellery. When we got to the gate our driver apparently said he only went out to pick up some water and they waved him through.”

“I broke in on the 25th Anniversary – 1995. Back then the high wall was there plus a further 6 foot fence surrounding that. We headed down one side, found a gap in the outer fence and then found a rope tied to the high wall. We got in easily, aside to my mate freaking out once he had got to the top of the wall.”

Never give up hope

“Mate of mine broke in a few years ago. Got chased off security over a couple of different fences. About an hour of lying in long grass avoiding Land Rovers and they finally made it to the fence of a camping field. Jumped over the fence. It turned out to be the camping field for the security staff. Got nabbed and stuffed in a van. Van drove past the pyramid stage on the way to the security office. Him and his mates saw their chance when the van stopped for a crossing wreckhead, popped the door open and scarpered into the crowd.”

– Knife of the Realm

“Someone should skydive in.”

“ive broke in many times. seen peeps offering a bunk up for a tenner a pop, seen ladders, ropes and grappling hooks. watched peeps storm the fence with battling rams in coordinated attacks and also peeps have taken it apart from he inside.”

“I went every year it was on from 95 until the big wall went up for free, over the fence that time and every other time after, we’d arrive on the monday, there would be no security what so ever and we just strolled through the turnstiles, and then camped in the disabled field until the wednesday and then moved our tents to camp with our mates. I never once met anyone in the disabled field who was actually disabled.”

“In the past we have cut the “tails” off of other people’s wristbands and glued them together, but that relies on having peeps there who don’t mind you doing that.”

“First time i went there were whole sections of the fence just lying flattened for hours on the thursday night and people just strolling in from the surrounding fields.

These days you’re more likely to get tazered by gestapo security for even looking at Pilton on a map without a valid ticket.”

“Build up a collection of security and stewarding tabbards…”

Thanks to hijackbristol.co.uk, efestivals.co.uk, forum.breakbeat.co.uk and Google in general for the stories. That entertained me for a few hours on a boring Monday night!

And if you want an epic tale of getting into Glastonbury without a ticket despite all the odds, check this legendary Glasto ticket tale out.

Food in Cuba: Tasted Good to Me!
← Previous
Vegas Stratosphere Ride Review: Fancy a Rollercoaster on Top of a Skyscraper?
Next →
Click here to cancel reply.

In 99 I went with friends who had been a number of years and got in free. Decided we wanted to give it a try. We walked around the high wall happening upon a ladder (how helpful) and shimmied down a pole the other side. The next day we had to run from security then as a guy watched us from a tower we threw our bags over and crawled under a fence that had conveniently already been dug under.😆

So jealous of people who have these great stories of sneaking in – sounds amazing!

we visited this year and made it to the mega fence in the hope of leaning a large log up the fence and running up it monkey style! But the amount of watchtowers and sentries made that impossible and after a 6 hour trek through undergrowth streams and electric fences (for horses) we got picked up by security attempting to casually stroll along by the fence and then got driven to the eviction tent.. The security obviously wise to the 'never give up hope' section of this post locking the doors of the rover as we entered the festival. :( They were surprisingly friendly and we joked about seeing them again next year! Although I'm sure there are probably some crazy ones too. They said they'd had loads of people trying all weekend and on speaking to other sources I know that a fair few managed it too. I can think of a number of other ways in but you'll just have to work those ones out yourself ;)

Hey Roy, epic journey, good one for trying. I think it might actually just be easier to try and get a ticket in the sale :)

Love these! I don't think it's so easy now though. Too much effort as well. I think I'd rather just pay the £200 so I can enjoy myself properly. I'd be devastated to be kicked out.

Haha these are awesome, I jumped the fence for Good Vibes in Sydney about 6 years ago, karma got me good and I ended up feeling so sick I left at 5 o clock and had to make my way home.