3 Months in America: What DID I Get Up To?

I’ve just spent the last three months in the USA. I can’t actually believe how quickly the time has flown! 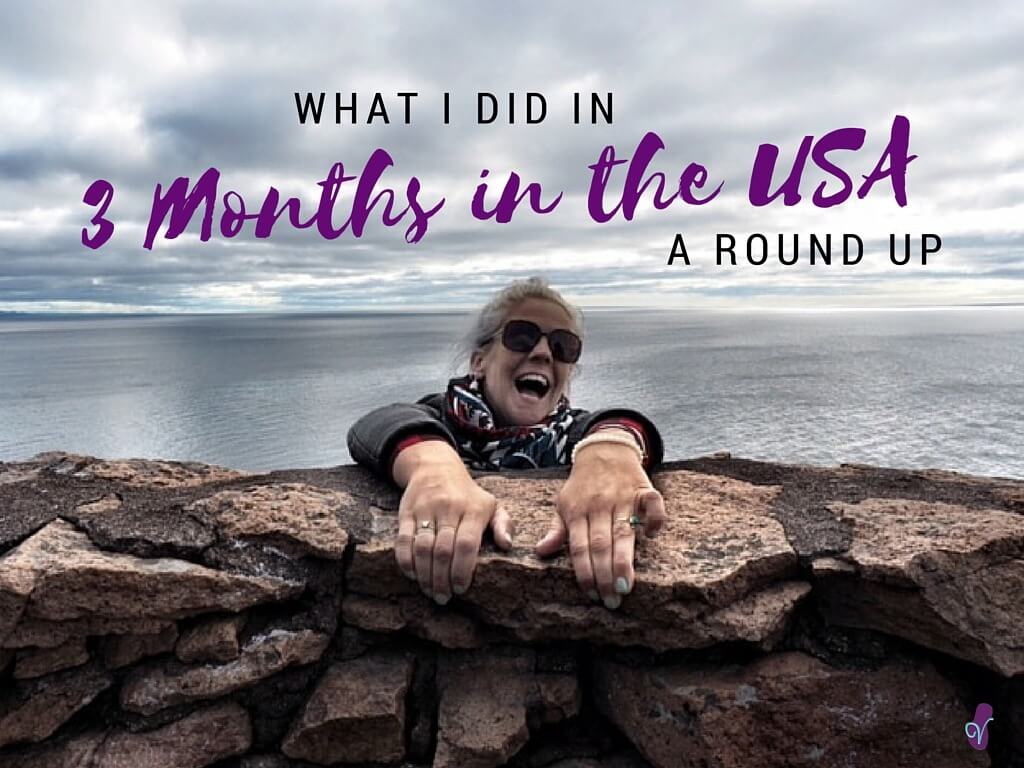 Most of my time was spent in the Deep South, before moving up for the last two weeks in the Mid West. When I’ve described my route to people they’ve been confused. I’ve spent five months in New York and Connecticut though, and travelled California twice. Because I work as I go I need to spend longer in each place, and this route brought in some places I’ve always wanted to go, along with a few little additions that made sense to the route. According to my plotting on Google Maps I’ve travelled 2,555 miles. This was usually by Greyhound (eugh) but also my Amtrak train, Megabus and a plane for the final leg between Chicago and Minneapolis.

I went to six states (Texas, Louisiana, Alabama, Tennessee, Illinois and Minnesota) and drove through Mississippi and Missouri. It’s been an adventure!

Click here to apply for an ESTA, you’ll need it to get in the USA if you’re not a citizen. Check out the ESTA FAQ here. I loved Austin, and wanted to live there, and then I loved New Orleans and wanted to live there, and then along came Chicago. Honestly, I absolutely loved that city. Barely got any work done because I was having too much fun and there was so much to see. I’m definitely going back there – I know they have quite a few festivals I’d like to check out and I didn’t eat in nearly as many restaurants as I would’ve liked.

In Chattanooga Ruby Falls and Black Rock City were two of the coolest attractions I’ve ever seen. Seriously, wait till you see my pictures. They’re coming, hold your horses. Don’t go Googleing.

They were my favourite in terms of cool things to do, where I’d go back to and the most fun. 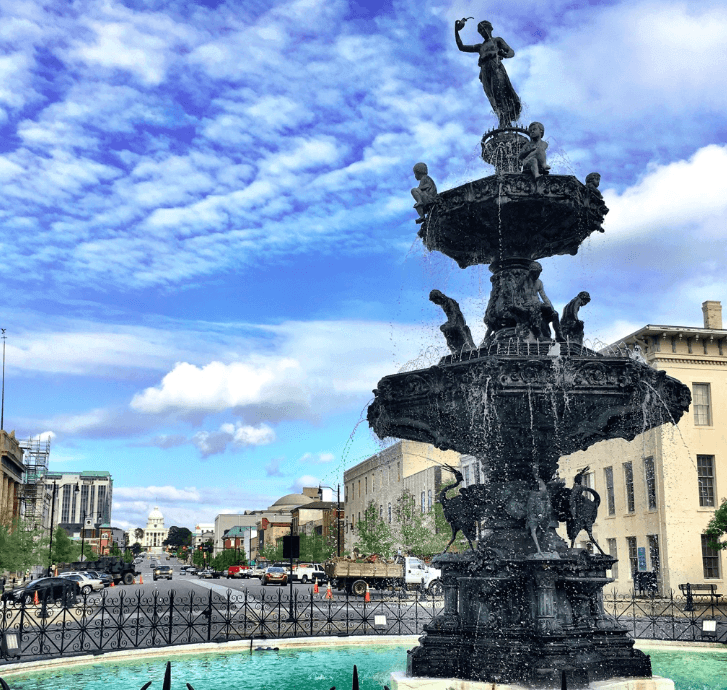 The most interesting though, in terms of places that made me really think about their history, present and future would be Montgomery and Memphis. Both important places in terms of history, but both seem to have been neglected apart from the main streets where the tourists go. I wrote more about my experiences in this post on the gentrification of Memphis.

On my road trip round Louisiana, and while travelling away from the cities in Tennessee, it was easy to see I was in the bible belt. Between the churches and religious statues, I saw the political lawn signs of the proud Trump supporters, sometimes with confederate flags flying high too. Not everywhere, just more prevalently than in other places I passed. But more on that another time, this post is getting too long.

There wasn’t really anywhere I’d describe as ‘the worst’. I mean, there was nothing to do in Louisiana’s capital Baton Rouge and the legend that should’ve been Nashville felt like a massive anti climax, but apart from that everywhere was interesting or cool in its own way.

Festivals I went to SXSW Festival was at the start of my trip and was two of the most amazing weeks ever. I’m excited to get home and have the time to look through all my photos – although  I seem to remember a lot of them are just drunk selfies with random people I met.

Hogs for the Cause is such a cool idea for a festival – basically people get in teams and join the massive cook off for who can create the best pig dish. It’s all for charideee.

French Quarter Festival – so busy. It’s New Orleans biggest free festival and keeps getting bigger every year, the New Orleans I thought I knew just got crazy. It was fun to chill out in the sun with a few beers and there were so many stages to explore throughout the city. Pretty cool!

New Orleans Jazz Festival – sadly this was a bit of wash out (above). I got the idea y’know, but not the experience I wanted. I’ll write about it, in time, but in short I left knee deep in dirty rain water and absolutely drenched through at 5pm when they cancelled it all, Stevie Wonder and Snoop Dogg were apparently not sticking around for me. 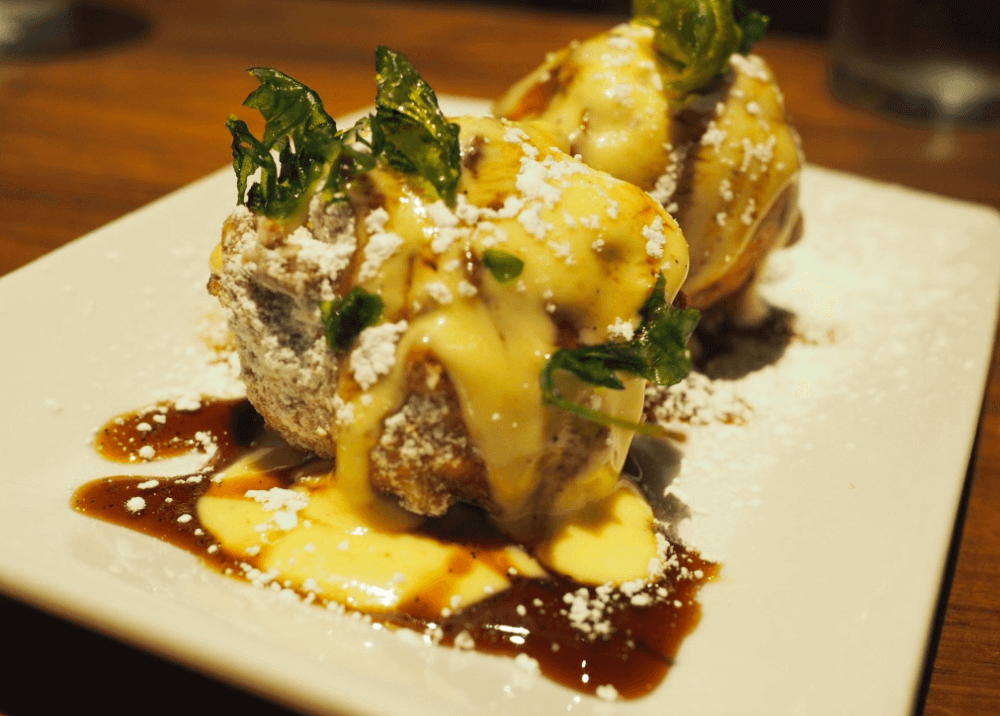 Jeez I fattened up nicely in the USA, as expected. All the food you just had to try in New Orleans and the Louisiana road trip ruined me, I just can’t say no.

My two weeks in Austin seemed like one long drinking fest. At SXSW the drinks were free everyyyywhere, and then my plans for relaxing and sobering up after were thwarted by some cool guys I met in the hostel I stayed at after the festival (Nomadic Matt’s hostel, HK Austin, loved it). 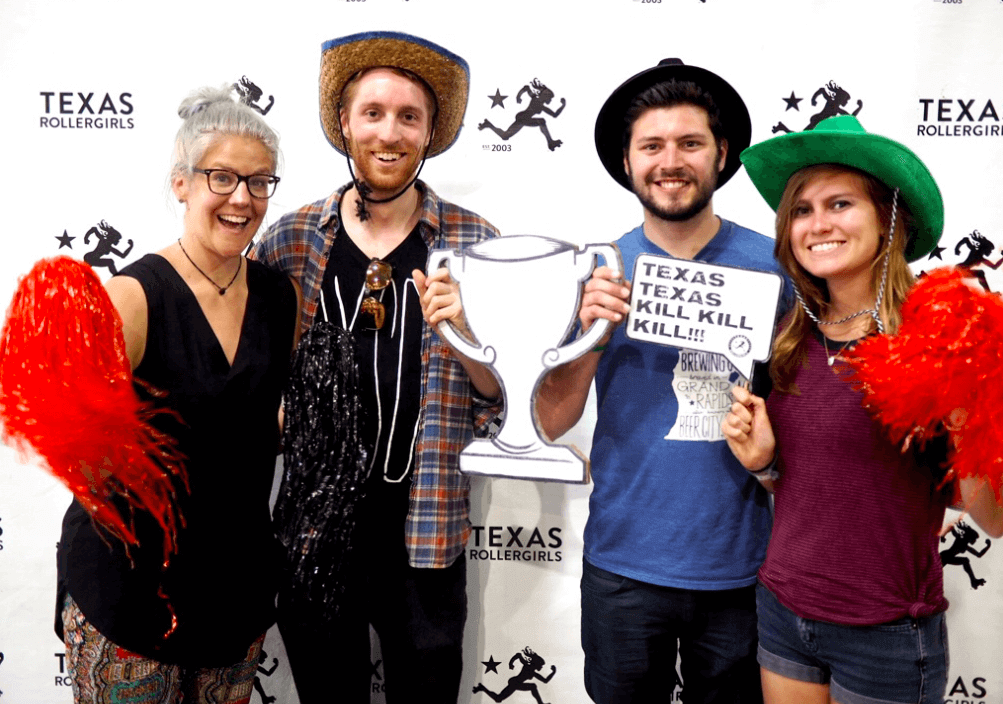 Then it was the party scene of New Orleans, and again, the awesome guys at Auberge Nouvelle led me astray.

I’m so happy that I got to go to the Tennessee Fitness Spa and at least work some of it off. And then I ate some super dodgy chicken in Nashville from the unforgettable Hattie Bs – well, I’ll always remember it – I didn’t eat properly again for about a week. Great for losing a little bit more chub, but obviously not the ideal way of doing it. 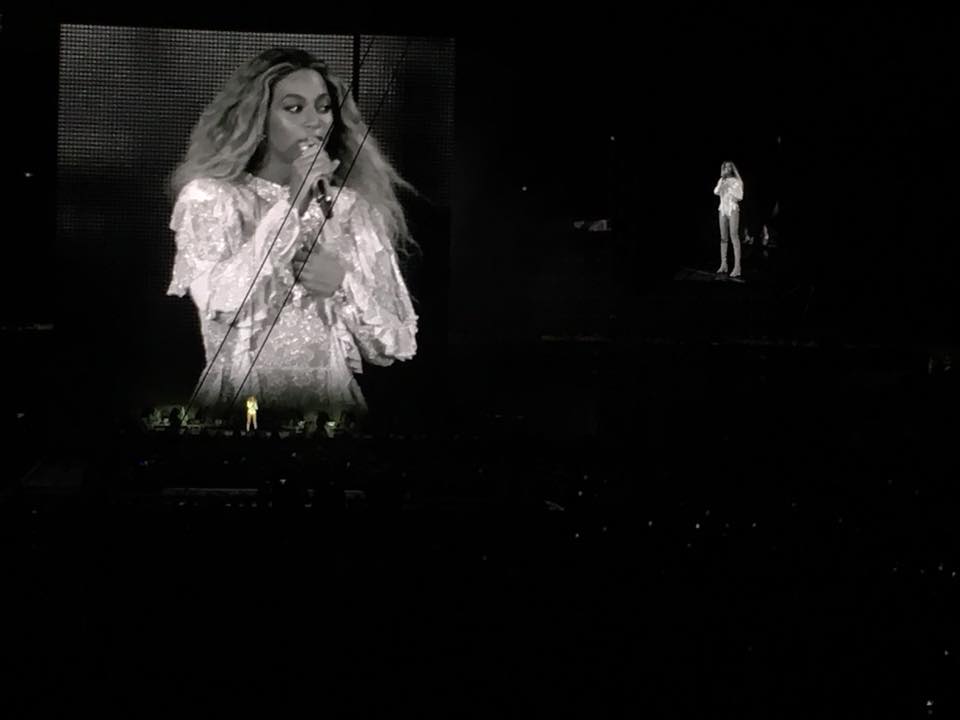 I’m thinking of times that I couldn’t believe this life was mine. The one where I get to travel around and get the occasional thing gifted in return for sharing my experiences. 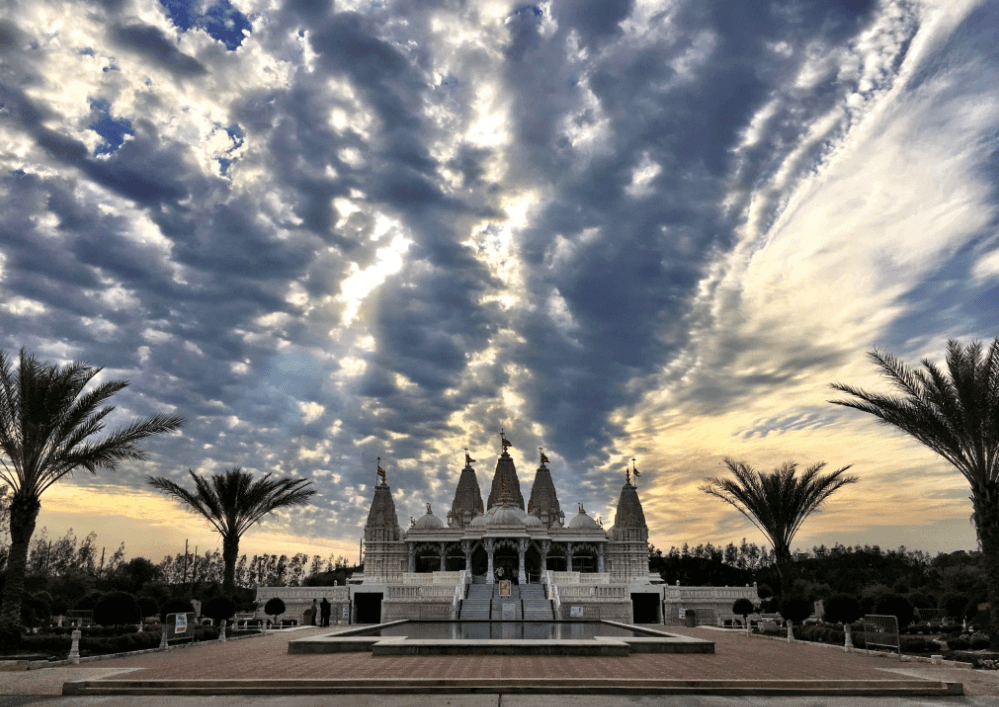 I’ve been so lucky on this trip, there’s not actually much to complain about, especially considering it’s been three months.

– I could say the worst was the skanky hostel I stayed at in Austin where I was paying almost £50 a night for the pleasure because it was SXSW time, I didn’t get any sleep and the workers were douchebags.

– The Greyhound bus from Chattanooga to Nashville absolutely stank of piss, I had to sit near the toilet and it was making me heave behind the scarf I had wrapped round my head.

– That chicken. Could’ve been disastrous if there wasn’t a toilet opposite my hostel room to spew in. Long time since I’ve been that ill.

– Getting picked up by a policeman and then getting scared to go out in Memphis, so not.

But all that pales in comparison to reading the news every day out here and seeing what crazy stuff had happened in the US since I last looked. To narrow it down, guns.

I started writing about it, and it got real long, so I’m going to post about it tomorrow. – I’ve eaten out for almost every meal. In the past three months I haven’t once gone into a shop, bought ingredients and made something. Apart from the time I cut up a banana and chopped it into a yogurt – cooking!

– I stayed on the Megabus from Memphis to Chicago (12 hours), instead of getting off in St Louis. I mean, I had a ticket, it was just for the Tuesday and it was Sunday. This was one of the best decisions I made.

– I haven’t watched any TV bar the news, or movies (except for Forrest Gump at the spa), or even read a book, in the last three months. Explore and blog, blog and explore, and then drink and eat.

– I didn’t drink for three weeks. Long time for me. Saw no benefits apart from my bank balance. Back on it, but a little bit less. 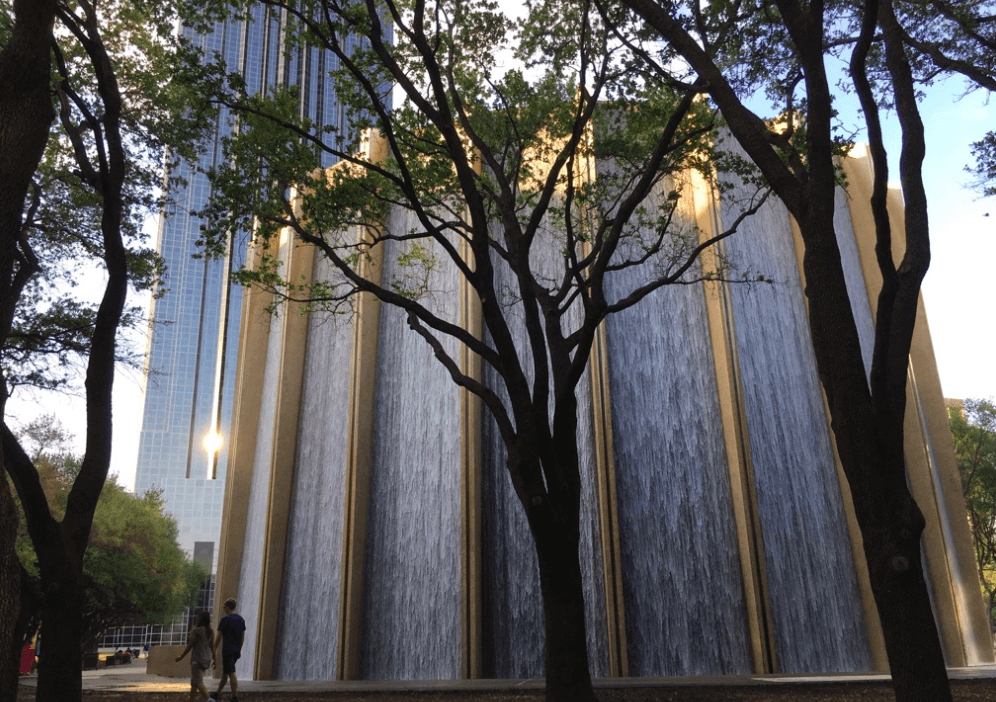 Ok, I think that’s enough of a review.

In short, it’s been a fascinating three months, filled with food, sightseeing, a better understanding of American history, and a genuine worry for its future. I’d recommend anyone to go to Chicago and New Orleans, and if you’re into music, coffee and chilling, Austin. Don’t expect to be healthy in the US, and they serve their alcohol in big pours, especially in New Orleans.

I’ve loved having the opportunity to explore this part of America for longer than most.

If you’ve got any questions, let me know!

More on my USA trip

What’s in Minnesota for YOU?
Which Hostel is the Best in New Orleans?

52 Coolest Things to Do in Palm Springs