Isn’t it on everyone’s bucket list to wear feathered wings, a gold bodysuit, a sparkly headpiece and dance on the streets of Rio? Shame it’s so blummin expensive to go to Rio Carnival hey? As in, I’ll probably never go thanks to the hiked flights, accommodation and activities for Carnival time. Gotta be earning the big bucks to afford a trip out there.

There are so many Carnivals on around the world for that time period though. SO many. And, a few other big Carnivals dotted around the rest of the year too. I thought I’d have a little Google search and see where else we could spend our money rather than throwing it in the money pit that is Rio Carnival.

Here are a few alternative carnivals that are just as good (so says the internet) but less well known, and so a little cheaper to go to. 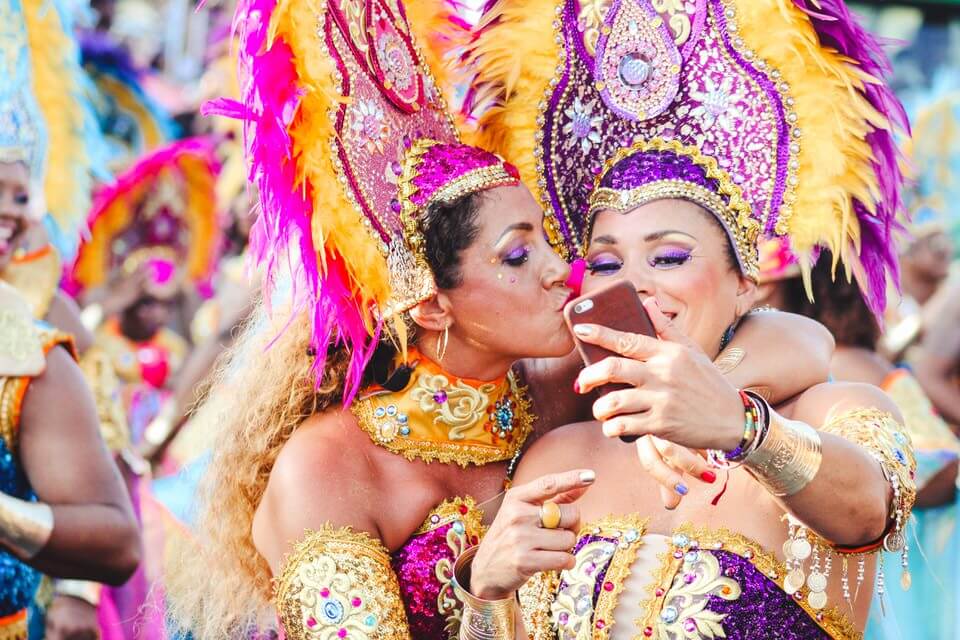 This carnival is in Tenerife so you’re only spending a fraction on flight costs compared to what you would for Rio. But you’re still getting a full flavour of Rio’s favourite event because Tenerife and Rio are actually twin cities, who knew?

That means that like Rio, Tenerife has inherited a love of carnival queens, parades and a desire to party a whopping 15 days straight. I’d have to be fuelled by coffee to last that long.

Held at the beginning of March in 2019, the Santa Cruz Carnival requires a steady supply of extravagant fancy dress costumes based on the theme voted for by islanders.

While it really is a citywide party for a fortnight, there are a few main events to watch out for: the election of the queen, the official parade and the funeral of the sardine. This isn’t some obscure name. Funeral of the sardine is literally the cremation of a large sardine following its parade through the city followed by mourners – aka men in drag.

How’s about spending your Carnival on a Caribbean island, drinking rum and dancing to the sound of steel pan bands? Kicking off when all good carnivals do, the Monday before Ash Wednesday, it’s actually a little shorter at just two days’ long. Don’t let that put you off though; fewer days means fewer dollars you need to spend.

You can go balls out for a few days, rather than trying to last out the two weeks of some other Carnivals.

The origins of the Trinidad and Tobago Carnival date back to the slave period when masters refused to let slaves attend their parties and so slaves created their own event as an alternative. Now the carnival has a 3,000-strong party band and begins at dawn on day one, with what’s known as the J’ouvert street parties.

To keep costs low, opt to stay just a little outside of the city somewhere like San Juan, Piarco, or Chaguanas and once it’s all over and your booty is twerked out, travel to one the dreamy Tobago bays like Pigeon Point Beach for a total pass out. Eliminate flight costs altogether and keep it close to home with the Notting Hill Carnival. London may not have the guaranteed sun but, in its 53rd year, it’s still the biggest Carnival in England and leaves over one million bleary eyed for the rest of the week. 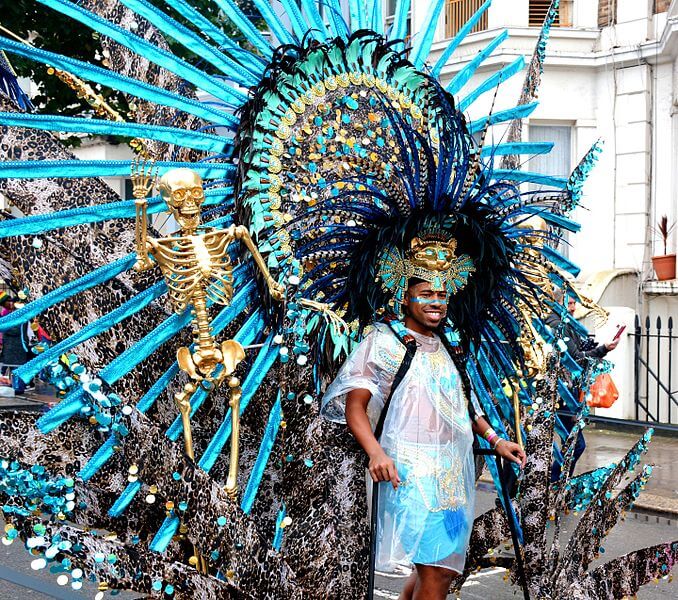 Held over the August bank holiday weekend, prices are naturally high to stay in the city centre but you could try staying in one of London’s hostels (I do it sometimes) or check out the accommodation a little further out of town.

Then, all you need is a killer outfit for the Caribbean celebration. Expect to gorge yourself silly on the endless amounts of jerk chicken, dance away to the sounds of reggae and battle your way through the crowds to see the various parties packed into this London neighbourhood.

If you still want the South American feel to your carnival, Bolivia has you covered along with cheaper costs full stop. Their small town Oruro hosts the country’s biggest annual event spanning over 20 hours of parade madness, which then ends in an epic water fight. Over 200 years old, the Oruro Carnival has perfected its parade situation and is known as a UNESCO’s Masterpieces of the Oral and Intangible Heritage of Humanity. It takes place the Saturday before Ash Wednesday and is all about celebrating the idea of good versus evil. Legend has it that on this very same day hundreds of years ago the day the Virgin of Candelaria helped an injured thief reach his home. He died but when his body was found an image of the Virgin could be seen by his head.

What this means for the party is down to you to find out!

Switzerland may not scream glitter outfits and a wild weekend, but Basel’s Fasnacht puts it on the map as an official place to let loose.

It’s lights out across the old town at 4am on the Monday before Ash Wednesday as locals dressed in themed costumes lead the way carrying lanterns. The bands’ piccolo and drum music signal the opening of bars for the a non-stop 3 days and a lantern festival where you’ll see some of the prettiest on display around the city.

Make sure to note the main event, the parade, on the Tuesday where it’s watching only unless you have a kid in tow.

Maybe not the boozy rum fest of the Rio Carnival, but definitely a cheaper option! 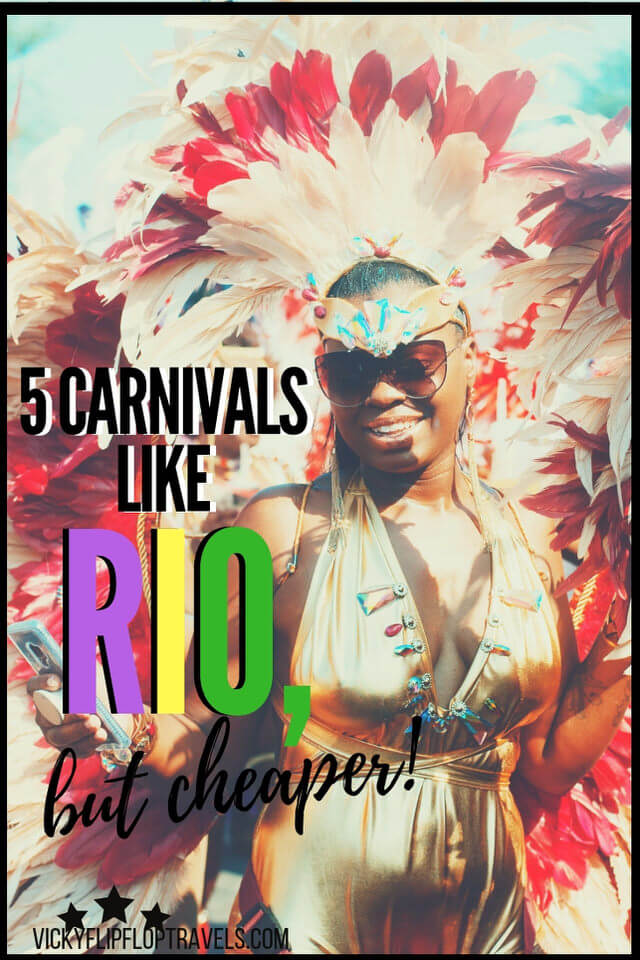 Cruel Festivals You Should Avoid

Top Tips for Recovering from a Festival

How to Be Comfortable at Festivals