7 Ways to Get Over Glasto

That’s it, Glastonbury 2016 is all over. After all the fuss on Radio 1, in all the newspapers and even on the news it’s time for this year’s Glastonbury goers to pack up their tents and get some well earned sleep. But as anyone who’s ever been to Glastonbury knows, it’s not that easy to get over the best festival in the world.

1. Be thankful you actually went

As the saying goes: ‘It’s better to have loved and lost than never to have loved at all’. At least you got to go my friend. Us poor sods who didn’t get up for 9am on that Sunday back in October have been trying to avoid the coverage all together to force the green eyed monster away. Take a look back at your photos, have a flick through your mud-covered programme and take a sniff of your sleeping bag – savour it and be thankful you’ve just had an incredible week the rest of the population would’ve given their June weekend for. 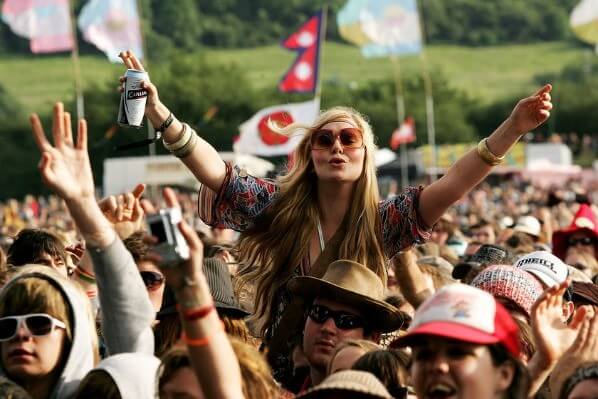 Were ‘that band’ really that good or were you just caught up in the electric atmosphere? There’s only one way to find out – get yourself on YouTube and start searching. Some artists will bring out their Glastonbury set on CD – yes, I have the Beyonce set from 2011. If ever I listen to it I’m immediately transported back. I love it.

3. Rejoice in taking just a few steps to the toilet

You need a wee, you go for a wee. The whole process is over in under three minutes – remember back to that 3am toilet dash from the Shangri La and how you just could not find your friends again? No more of that. And it’s only your own sweet smell wafting up your nose, not the cheesy/eggy/farty/pooey smell of 70,000 others.

4. And in being clean

Oh that first shower after Glastonbury is a feeling to savour. After six days of mud, sweat and tears stepping under that shower head as the first thing you do when you get home is indescribable. No matter how much you try to keep up with your beauty at Glastonbury, you’ll be feral by the end of it. Go on, go and have another shower – you’ve earned it. 5. Check out the other festivals in the UK

You’ve still got time to get tickets for Latitude, Secret Garden Party, Lovebox, Bestival, Reading or Leeds, Leefest, End of the Road Festival and Eastern Electrics among a few tens of others. Granted they won’t be as epic as Glastonbury, but that’s not always a bad thing y’know. Back the little guy and try one of these out for size.

6. Call your Glasto chums and have a reunion

Get them all to bring their camping chairs and wellies round and set up your laptop to pump out Glastonbury set lists (see point 2). Serve cold cider or warm wine from a baggy and dance around in oblivion until the sun comes up. Repeat until you are totally over all things related to Glastonbury.

7. Start planning for next year!

“Glastonbury 2014 will take place from Wed 25th June to Sunday 29th June. Tickets will go on sale in October 2013,” so says the official Glastonbury website. It’s time to outlay your plan of action for that fateful Sunday sometime towards the end of October when your June time plans will be decided. I’ll be joining you in the greatest battle ever created: The Battle of the Glastonbury tickets. Good luck my friend, you’ll need it.

8 Most Beautiful Places in Spain
← Previous
10 Important Questions to Ask Your Workaway Host Before You Arrive
Next →
Click here to cancel reply.

I've never been either! I keep saying I'll do it next year but the past couple of years I haven't been in the country. Love your tips. I use some similar techniques to get over amazing travels. Warm showers, my own bed, not living out of a backpack and having my closest friends around all help big time!

And this year you'll be in Oz! You should go to Big Day Out there - it's kind of the same, but not :)

I'm one of those ones who watches it live on TV, catches up with 'the best of' on youtube and who still, during that process, gets angry about the two years in a row when I sat for hours on the phone and didn't get through - including the days for ticket re-sale. There's a magical pull about Glasto. One day... unless something is telling me I'm not supposed to go.