I spent the weekend at Wilderness Festival, a festival in Oxford that I’ve wanted to go to for a long, long time. From the outside it looks crazy – all costumes, strange goings on and more than ‘just’ a music festival. From the inside it was the same. Bonkers.

I went with two friends, Mel and Kellie, and we camped for the three nights. There were some lows, admittedly, but more highs. Once I got my head round the fact that it’s not one of those festivals where people start drinking as soon as they wake up and carry on until dawn, I enjoyed it.

‘It’s not that kind of festival’ – became our motto. We got there at 10pm on the Thursday night, walking round trying to find the party. Apparently it shuts down early on the Thursday, which was weird. So instead, we went to sleep to be fresh for the Friday.

And then things really began to pick up… I won! I won the first round! I’m a little embarrassed about how excited I was. As in, I was shaking and got really, really hot up on stage. Taylor Swift won it for me.

Basically, if you’ve never heard of Musical Bingo, which I hadn’t, you call get a card and on it will be 9 songs. The DJ will play songs and as yours play you cross them off, like when your numbers get called in bingo.

I GOT THE FIRST THREE SONGS THAT WERE PLAYED! A line! 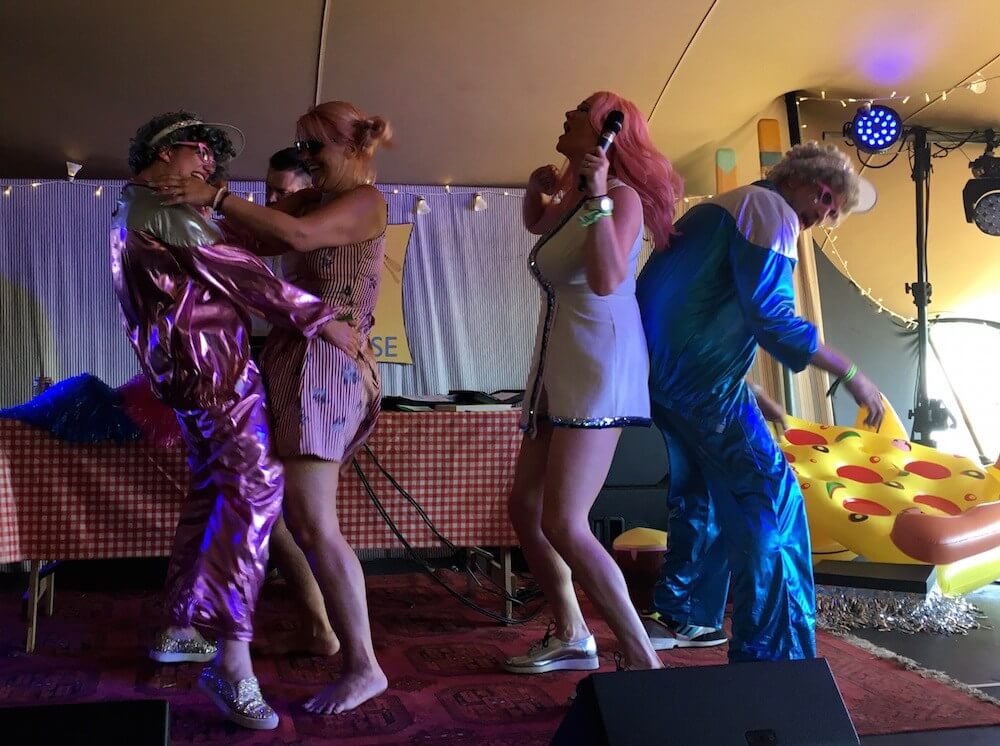 So I went up on stage – broke my flip flop in the excitement so just had to ditch them – and ‘The Grannies’ as they called them were dancing with me. I won on Shake it Off so we were just going crazy on stage. I thought, I could either stand here like a lemon with them thrusting against me, or just go for it. So I did.

My friends said I was a natural up there. Haha.

It’s one of my proudest moments. I won two pom poms, which made the rest of the Musical Bingo sesh all the more fun. Loved it.

The next person to win got two macaroni and cheeses at one of the food stalls, the next won an inflatable banana and then the person who got all the songs got the inflatable pizza you see above. She looked about 10 and was obviously as excited as I was, but it’s more acceptable at that age. She looked like she was going to burst.

In between you danced to all the songs. Spice Up Your Life was a definite highlight of highlights.

Guys, it was SO much fun.

This error message is only visible to WordPress admins

Error: There is no connected account for the user 40763753 Feed will not update. 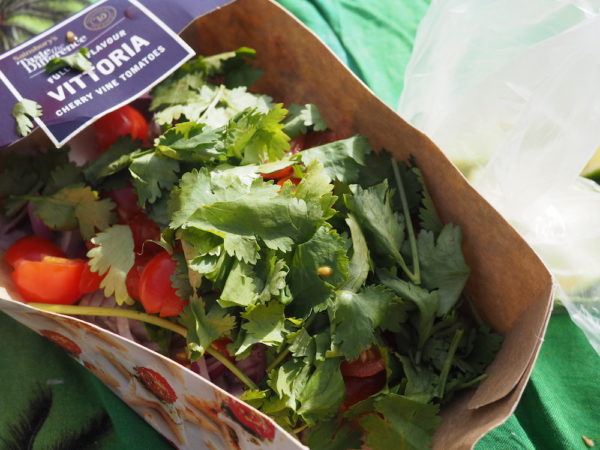 I mean, I don’t want to blow my own trumpet, but, the guacamole I made was deelish. I could tell that anyone who wandered by us was filled with all the jealousy as I was making and eating it.

I followed my recipe down to a tee and we sat and scoffed a three-avocado guacamole between us with some Ryvita Thins and Baxters Red Slaw. I’m totally doing this at every festival I go to from now on. So good to know that you’re actually eating something nutritious. I need all the vitamins I can get at festivals.

3. Swimming in the lake and being clean I had TWO showers at Wilderness. Have you ever heard of such festival cleanliness?

On the Saturday I went in the lake, because who could resist the above? I didn’t put my head under but it was so nice and cooling I’d definitely recommend it.

‘Eau de Wilderness Lake’ wasn’t my favourite scent so I queued for about five minutes after and showered off.

The next day, after the deluge of glitter I’d experienced, I decided my airbnb man wouldn’t be too happy if I bought it back home, so thought I should queue up again. I can hear him fire up the vacuum cleaner if I as much as drop a grain of couscous on the floor – my glitter parting would not be welcome.

It was about 8am on the Sunday, so a bit more of a queue, but by festival standards I didn’t think it bad at all at 30 minutes. Well worth it. And it felt good that night not to be on the tube with a faceful of sparkle. 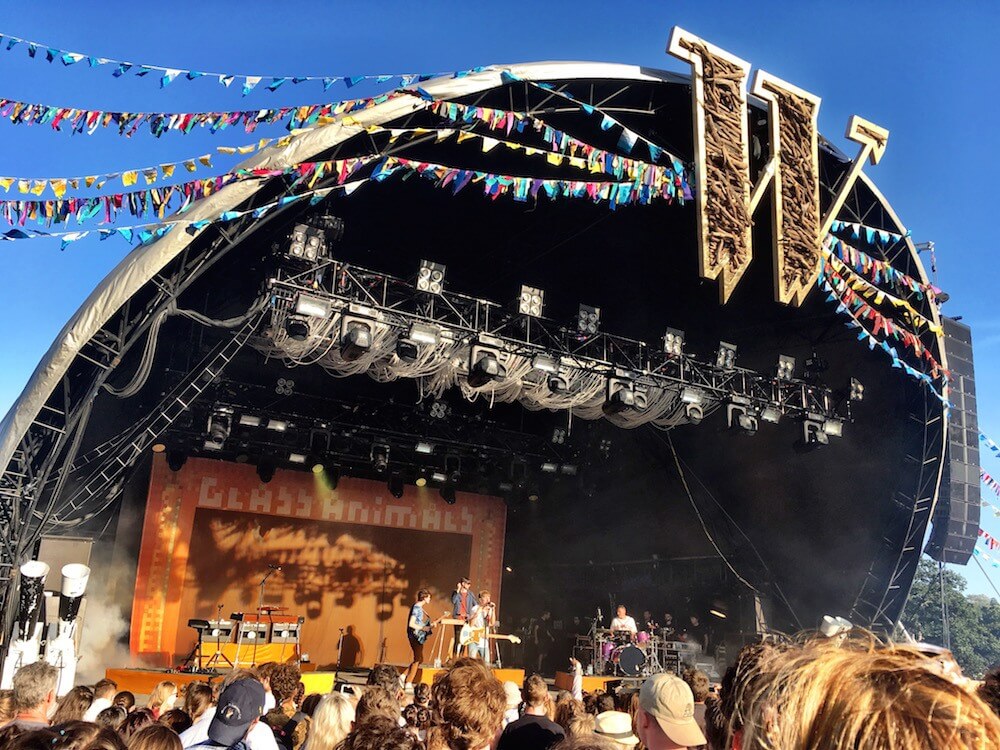 We had to leave on Sunday to get back to work for Monday, and Glass Animals were the final band we could fit in. They were awesome.

The lead singer, Dave, was just going nuts on stage. I felt like he was making the music he wanted to see in the world. I wasn’t that into the music line up for Wilderness but these guys just made it for me. Love them even more than I did before now, and have spent this morning catching up with their new releases. 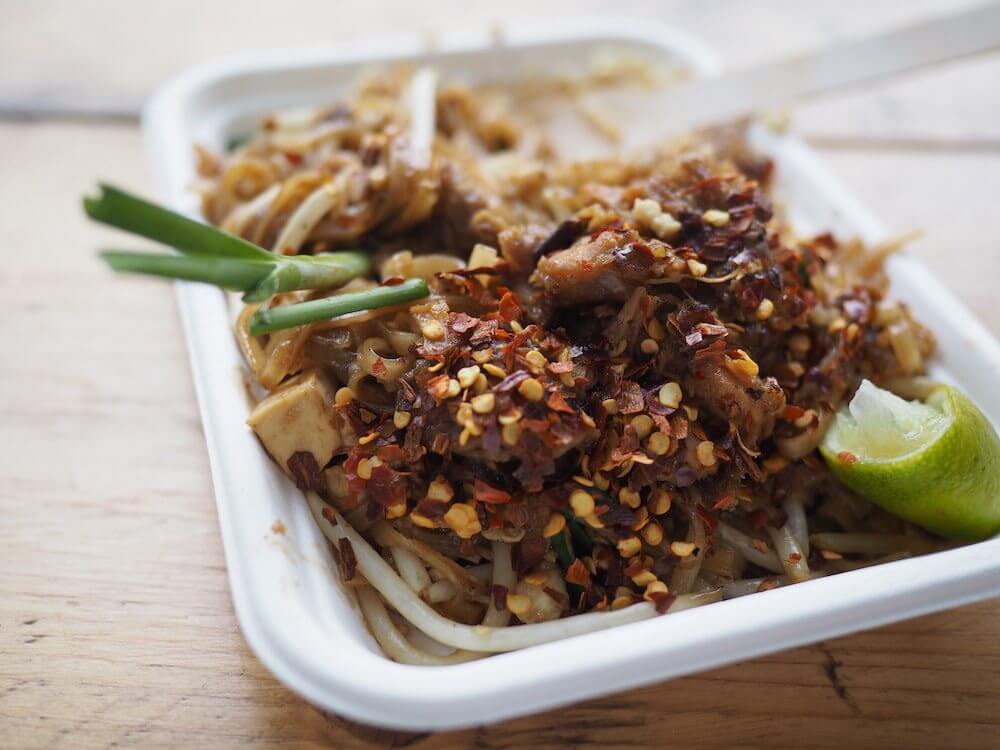 Didn’t eat much on Saturday for some reason. So by about 10pm I was ravenous. I found a pulled pork stand and oh my gawwwwd, it was absolutely delicious and incredible. As in in-credible. Pulled pork is why I will never be a vegetarian. No photo, because that bun did not last long enough for the shutter to snap. YUM.

And then I also had this Pad Thai at some point over the weekend and felt the need to comment on how delicious it was after every mouthful. Yeah I was probably annoying.

6. Having my mind expanded We were totally unprepared for Wilderness, as in barely glanced at the line up. This meant that we randomly happened across things, or just saw them on the programme and went.

Charlotte Church was talking politics and was awesome. She talked about how all these people with influence, pops / tv stars etc, could help to change things but they’ve all got something to promote and something commercial going on so they won’t. I know it’s different for her, sure she was a millionaire by the age of 12 or something, but still, I think it’s great she’s coming out as a political spokesperson now. She was so knowledgeable and informed. She said how people dismiss her as a ‘silly little girl’ and she’s trying to change things. Really interesting.

James Rhodes was fascinating too. I’d never heard of him before, but he’s a hugely successful concert pianist. He was talking about his new book, Instrumental. He was a victim of horrendous, horrendous, needed-medical-care abuse as a child, and his ex wife tried to block his book about it at a cost of millions. The book is about that court case, and how music helped him to deal with what was happening as a child. Just bought it.

Over the weekend I also saw talks by Nobel Prize Winner Dr Scilla Elworthy; Tom Wainwright, the editor of The Economist; Martin Rowson, The Guardian cartoonist; and many others that would take me ages to list. All fascinating people – it was kind of TEDx-ey and hugely varied. I could’ve sat there all day. I’ve seen him talk a few times before and always been totally inspired afterwards. He’s the guy off TV shows like Tropic of Capricorn, Meet the Stans and Tropic of Cancer. He has done some crazy stuff in his life.

They only gave him 30 minutes for some reason so he tried to answer 20 questions in 20 minutes, after the intros. He succeeded by talking super fast.

His whole family were there and his little boy was so cute. He came up on stage and asked: “When are you going into space?” in the cutest way possible.

Simon, if I may call him that, talked about how we shouldn’t be scared to travel. How it’s the most important tool for bridging nations. He applauded a guy who was going on a middle aged gap year. He reminded us there’s no point living a life in fear of the local food, of what’s beyond the hotel wall, of taking local transport etc. That we should lap it up and deal with it. That there’s a whole world out there to explore. By the end I was so inspired, I actually exclaimed ‘Simon for President’.

In my head, obviously.

And now I need to watch all the things he’s ever done. Yeah, we drank Laurent Perrier Champagne at a festival, why not?

The Laurent Perrier Orangery Tent was the warmest place at Wilderness when the sun went down and so there we gravitated. On the Friday we watched a really good jazz singer, who my friend fell a little bit in love with, and on the Saturday we just went and danced with ‘The Gatsby Girls’ with ‘Champagne Charlie’ introducing it all.

Wilderness Festival is definitely one of those festivals where you could spend a lot of money, and the Laurent Perrier tent will help. 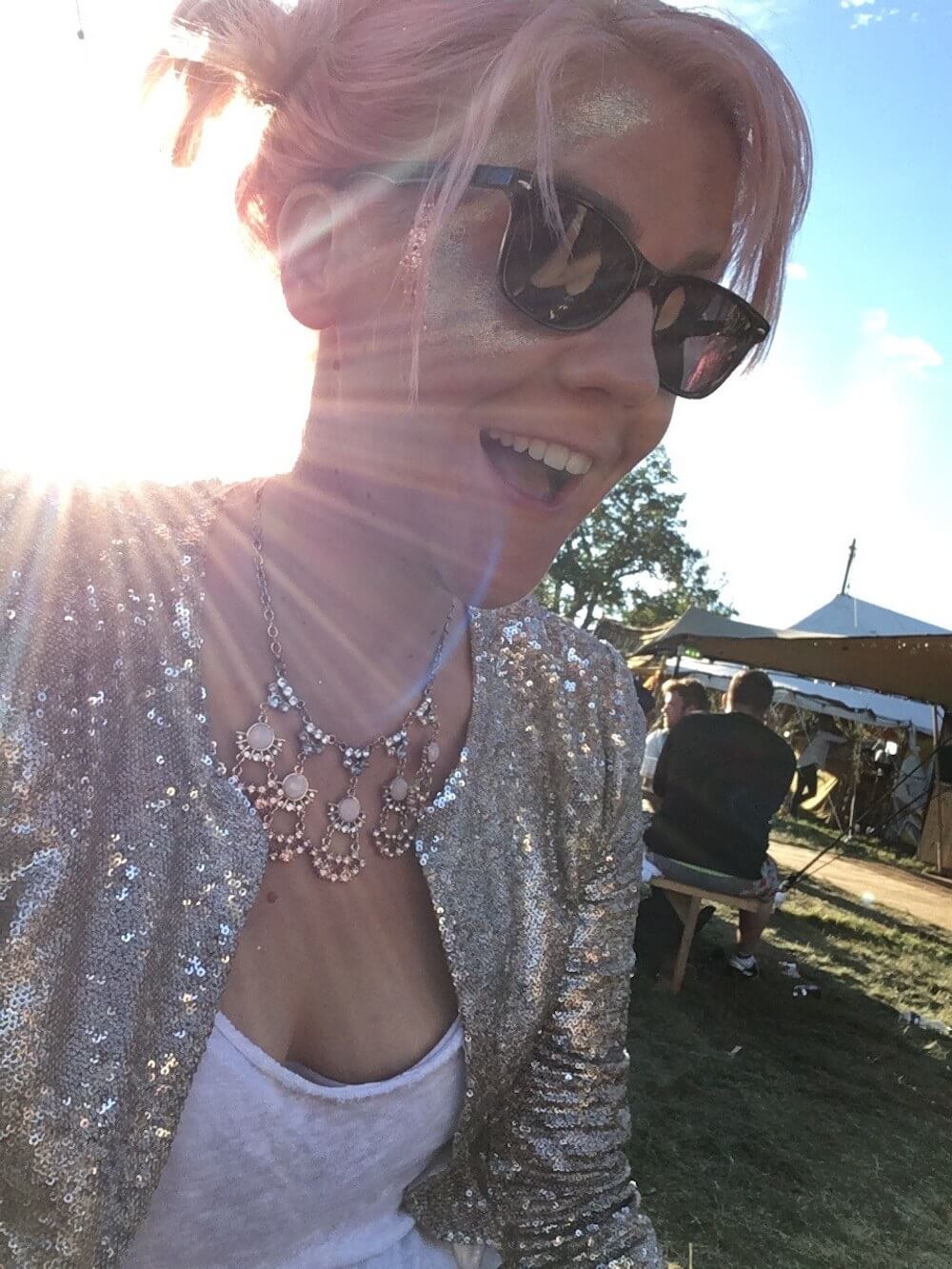 I can’t actually remember a sunnier weekend in England. I mean, granted I’m barely ever in England, but the sun was incredible. Bar Coachella Festival in California, I don’t think I’ve even been to a sunnier festival, and that includes all the European ones.

The sun makes you happier, nicer, kinder, makes festivals much easier, and made us get out of bed in the morning as the tent had turned into a sauna.

Most importantly, it makes sparkles sparkle even more.

Wilderness Festival was awesome, with the benefit of a decent night’s sleep and a proper look at the festival programme, I can say I’m pretty sure I’ll be going back next year.

I Went Mountain Snorkelling in South Lapland
What Do I Need to Take to Tomatina?

How to Spend a Weekend with Parents in Barcelona

How to Deal With the Heat at Coachella in 10 Steps

What to Do on a Winter's Weekend in Liverpool & Blackpool