That Time I Paraglided to the Apres Ski in Kitzbuhel

A few weeks ago I paraglided to the apres ski from almost 2000m up a mountain.

There’s a sentence you may not have read before, and I definitely didn’t think I’d be writing. I was in Kitzbuhel, in Austria, on a super fancy press trip with Lufthansa. The whole point of the trip was to explore what you could do, just two hours from Munich Airport. So. Much. Is the short answer, here’s the long.

Anyway, back to me paragliding to the apres ski.

I got a helicopter up the mountain, so to come down by mere gondola just wouldn’t do. I was all booked in with Element3 Ski School to get strapped into a safety harness, attached to a parachute and run off the Hahnenkamm mountain 1,712 metres above sea level. 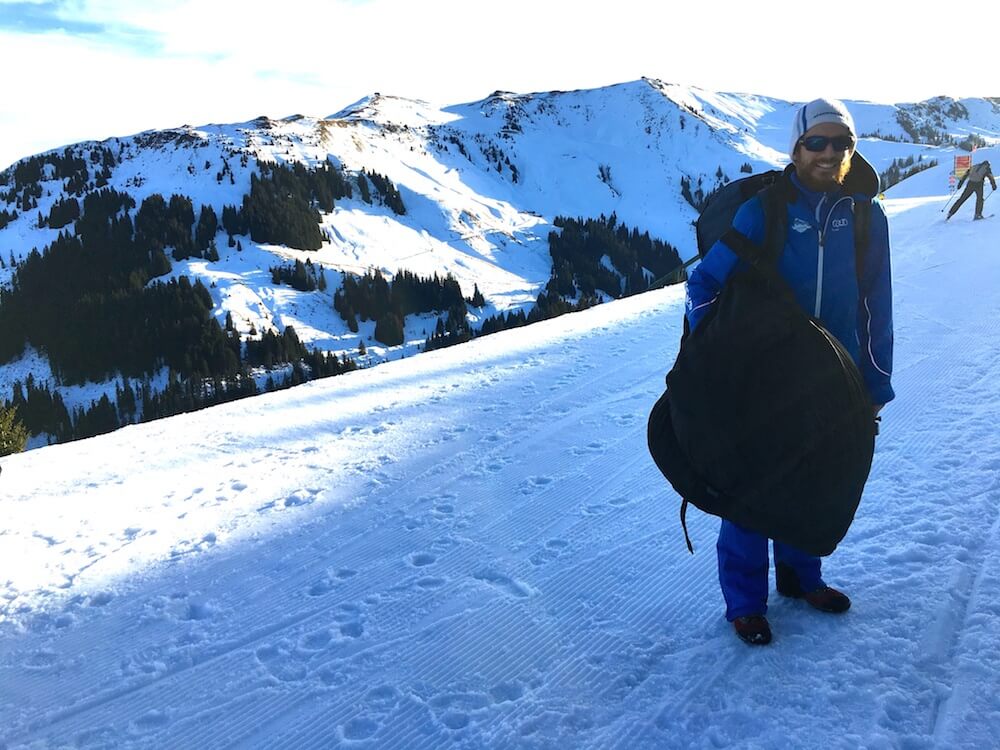 It was only approximately two minutes before I was due to run off that the full gravitas of the fact I was going to run off a mountain hit me. It hit me where fear usually hits me, with quivering legs and a spewy sensation.

A few seconds before we were due to fly a kid fell into my attached parachute, on skis, and was stabbing his poles in all directions trying to stand up and get away from it.

‘Check he hasn’t punctured the parachute. I’M NOT MOVING UNTIL YOU’VE CHECKED!‘

I had fangry. Yep like hangry, but it was the fear that was setting my tensions high. He checked. He told me to run. Off the edge. ‘And don’t stop until you’re in the sky’. Well I was strapped in, stuck, and had an audience of every single skier in the vicinity. I ran fast. As fast as my Sports Direct cheapo hiking boots would manage on the slippery snow.

And I was airborne.

The feeling was incredible. He told me to shuffle back into the seat a little more. So there I was, in the sky, trying to get comfy in the straps by shuffling around. It was a beautiful day, blue skies and at 3pmish the sun was starting to set.

He did tricks, of course.

He directed us into a sort of falling spinny whirlwind, in such a speed the skiers below were bowing their heads thinking we were going to crash into them. He skilfully bought us back up, as I squealed and desperately tried to hold onto the GoPro selfie stick. The white mountains below, that I’d spent the last two days skiing, were sprawled below with all these teeny tiny skiers going about their business. The white mountains turned to the Kitzbuhel townscape as we flew over the top, seeing into the houses, gardens and parks of the locals. 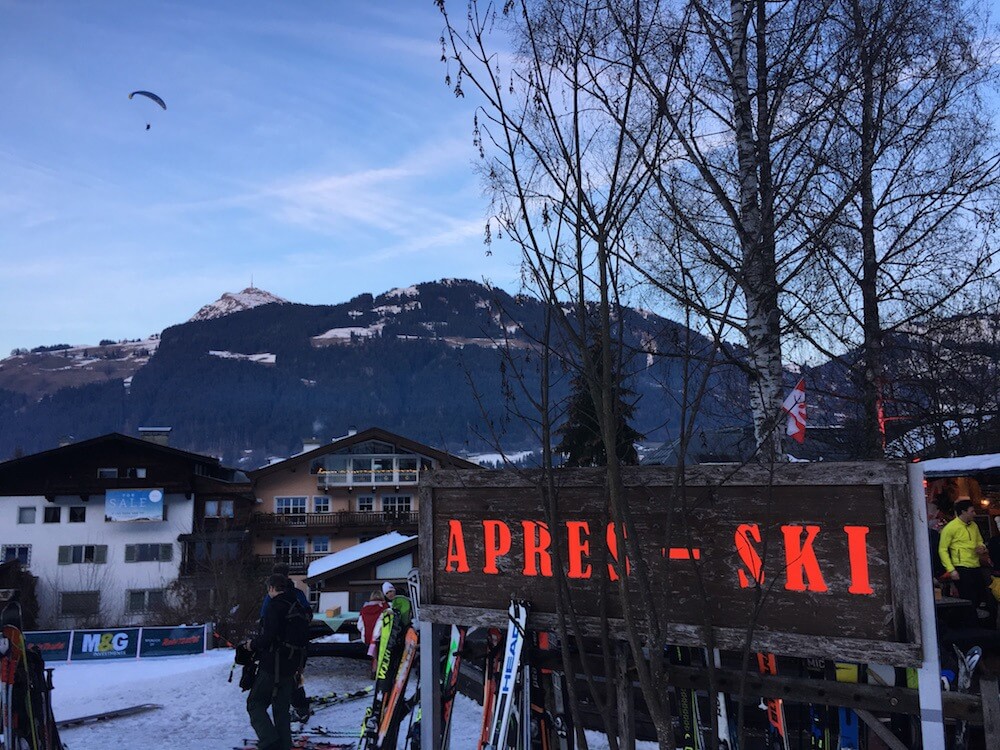 The whole trip lasted about 15 minutes, and we smoothly came to land right by the apres ski where the Adele dance remixes were pumping out and the gluhwein was flowing. I’d definitely earned one of those!

(And the schnapps chaser)

My Isle of Wight Festival Experience

A Girlie Weekend in Brighton