My 10 Biggest Travel Mistakes from the Last Year

You might have seen that I’m getting all nostalgic on the blog these last two weeks. I’ve been travelling for over a year now, all on my ownio, so I feel I’ve earned the right.

At times it’s also been blummin annoying. I wasn’t quite as prepared as I could’ve been for the trip, I was in a weird emotional place, and I was trying to travel and build up a business at the same time. Well they’re my excuses for the many, many mistakes I’ve made over the last year. Here’s my top ten, in a nutshell, to help you avoid doing the same.

1. No money in Guatemala I was so proud of myself for managing to spend every last peso I had in Mexico before moving on. I just planned to get quetzals out as soon as I crossed the border to Guatemala. Only, my Natwest card didn’t work in the 15 ATMs I tried. I had absolutely no money and I was by myself at the Guatemalan border – somewhere my mum had put the heebie jeebies in me about going anyway.

Thankfully, and amazingly, I met an incredibly generous, kind and awesome couple in Mel and Pete (above) who paid for my hotel, my dinner and transport while I tried to find out what was wrong. Natwest were less than useless and I spent over £100 on the phone to them trying to make sense of what had happened. One minute they were telling me I had no money, the next that it was fraud and finally, that their cards don’t work in Guatemala.

Mel and Pete offered to give me money and I paid them back on PayPal. If it hadn’t been for them I would’ve been absolutely screwed.

When we finally made it to San Pedro, after an intrepid and ridiculous 24-hour journey thanks to teacher strikes, we found there were quite a few Brits with the same problem.

Lesson learned: check with the bank first, and to keep $100 in a safe place. I do not want to be in that situation again.

2. Staying at the skankiest hostels to save money 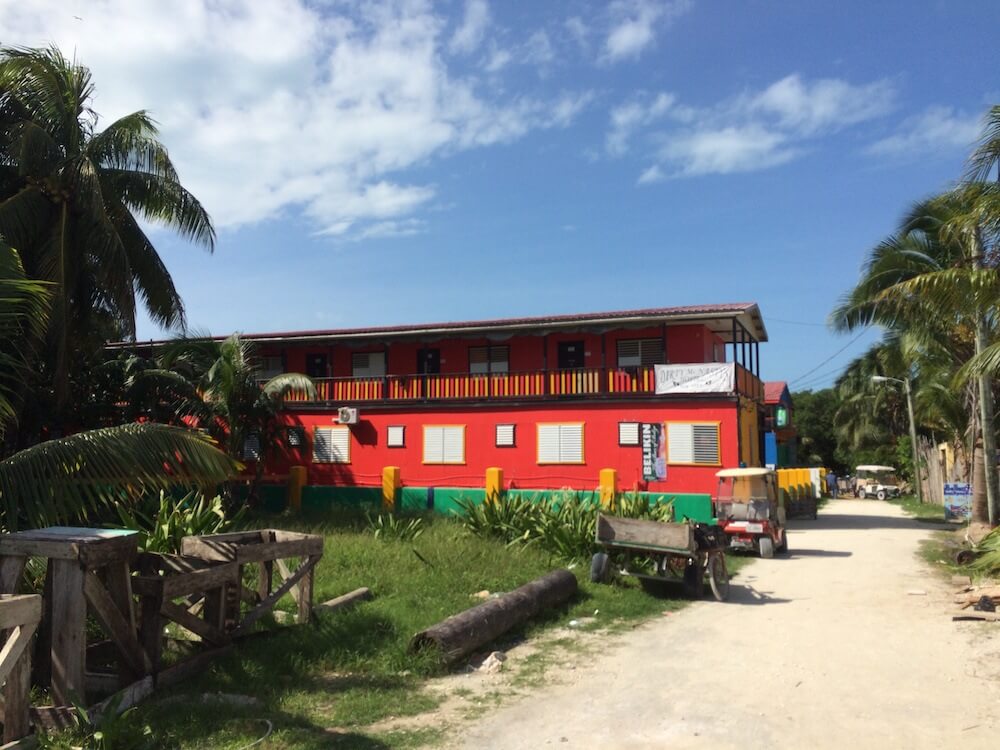 I have stayed at some skanky as hostels while I’ve been travelling. The worst would have to be the freezing cold dungeon I booked into in Osaka in Japan. It was so cold. All they gave you was a foot heater for warmth, and as is the Japanese way, you slept on the floor. It was grim, and I was there for five nights.

The one I stayed at in Timisoara in Romania was another grim and disturbing experience. It smelt damp, everywhere, full of stoners and they’d booked in more people than they had beds for so they bought out some mattresses and just put them on the floor in the room. Eugh.

Above is the one I stayed at in Caye Caulker, until I realised it was pretty much a drug den for backpackers and moved to a hotel down the road.

Just make sure you spend a few extra euros on your hostel, and never book the cheapest one. At the time of booking it seems worth it to save the pennies, but I guarantee it won’t be when it comes to trying to sleep.

3. Having my phone stolen in Romania I’d just finished chatting with my cycle tour guide about what an unfair reputation Romanians have in England, and he said it was the same within Romania to the gypsies. People think they steal stuff.

I said my goodbyes and went to the toilet in a shopping centre on the way home. It was disgusting so I went for the crouch method rather than the sit down. The bum bag I was wearing was not done up properly and my iPhone 5 fell out as I bent over. Quicker than I could register what had  just happened a hand appeared under the stall and swiped my phone away.

Lesson learned: I need to look after my possessions when I’m crouching for the toilet.

Wow, I just realised I went through four now, if we count the one I lost at Bilbao BBK Live Festival last week, in a year. That’s obscene. Phone number two got water damaged, and phone number three was dropped when it was in my lap and I stood up on the plane to let the window seat person out. It never worked again.

Lesson learned: I need to look after my possessions. I really need to work on this lesson.

5. Being ill by myself in Guatemala When I was in San Pedro I got really ill. I’m not entirely sure what was wrong but my bones hurt, I was hallucinating, I felt weak, had no appetite, felt really down, had a migraine and really bad heart burn. And the weirdest thing was that my eyes hurt when I looked to the left or right. It was horrible and the different symptoms had been coming and going for the last 5 days.

For some reason I decided the best idea to shake it off would be to go to Semuc Champey – a lake in the middle of a rainforest with a 7-hour bus ride to get there. I knew it was a terrible mistake about an hour in when I felt like I wanted to spew and my limbs were stiffening in a way I’d never felt before from tiny space I had in the van. It was horrible. I spent 34 of the 36 hours I was there in bed. Then it got even worse when I arrived in Rio Dulce and couldn’t get any further because of the water levels. It was a horribly dark 48 hours to top a horrible week in my life.

Lesson learned: stay in civilisation when you’re ill, or at least stick with your friends. I was so excited about all my trips that I booked them in as soon as I could. This meant I didn’t really have any space for manoeuvre when I liked a place or some people. There were quite a few times I would’ve liked to either leave earlier or stay longer but I already had something planned that I needed to stick with.

7. Booking flights too soon to save money

As I’ve said, I was over excited about finally getting to go travelling and booked my flights as soon as I knew dates ‘to save money’. But in actual fact I ended up spending more: false economy, this is exactly how the airlines want you to think.

I booked my flight home from Asia, from Bangkok for May 2015, in September 2014. Of course stuff was going to change in that time, it was a silly idea. I ended up having to book another flight from Mumbai in April and forking out another £400. It could’ve been the best £400 I ever spent though, otherwise I would’ve been in Nepal during the earthquake.

8. Not sorting my finances 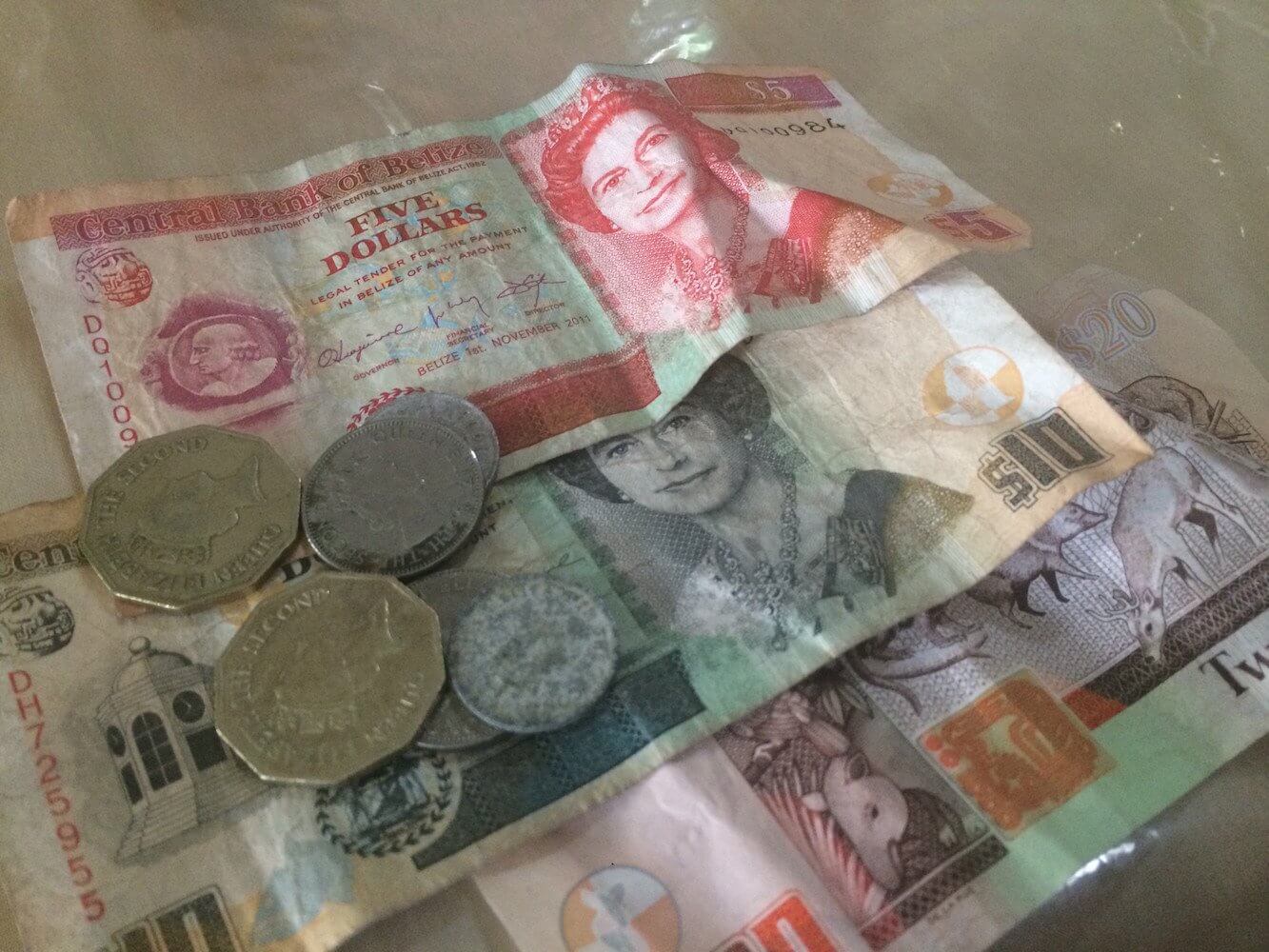 I have spent a fortune on credit card fees over the last year, like £100s. Everything happened so quickly when I went travelling and since then I’ve never been at home long enough to really sort it all out. Organising your finances and checking your rates and fees would be right up there on the how to save money travelling list.

I now take as much cash as possible with me, preferably in the local currency, and change while I’m there. I also check with Natwest that the card is actually going to work (it didn’t in Japan either) so I don’t have to withdraw on my credit card. I still need to get a better travel credit card with better rates and fees, but I need to be at home long enough to sort it out. I’ve also since moved my savings from my Natwest ISA to a Virgin one, as Natwest had reduced my interest rate to 0.001% without notifying me. I’ve since found out a lot of ISA companies do that after a year, because no one ever thinks to check.

Lesson learned: organise your finances well in advance, do your research and keep doing it.

9. Taking too much to Europe I’m so bad for taking too much stuff. I had 27kg in Europe, it was crazy. I also had loads in Japan, but that was mainly because I needed more for skiing and the cold. I feel much better, stronger and more confident the less stuff I have and I’ve managed to get it down to a comfortable 18kg for this Europe trip and a wheelie suitcase, with a rucksack for my essentials and electricals. In fact I’m so confident with my lessons learned from a year of packing that I wrote a post on it.

Lesson learned: less is best! (But too little and you’ll end up buying loads)

10. Eating that chicken at Delhi airport In a temporary lapse I completely forgot I was vegetarian while I was there, and more importantly forgot I was in Delhi. It was a brutal, emotional, disruptive and messy mistake. I spent a whole week in India unable to eat, unable to move from the toilet and unable to trust a trump.

Stay flexible, don’t get sick, stop losing and breaking things, stop being a tight arse and booking crappy hostels, chill on the luggage haul and get that credit card sorted!

I try not to regret anything – people do a lot worse.

7-Point Action Plan for Travelling After a Break Up
← Previous
23 Reasons Why You Need to Go Inside the Sagrada Familia
Next →
Click here to cancel reply.

I always doublecheck whenever I leave a hotel but this time I didn't and forgot to take my wallet. After driving for 2 hours I realized it and then called the hotel in Texas. They said yes we have your wallet. I went back and gave them big hug.

Oh wow, that was lucky! Gotta stay on the ball when you're travelling don't you!

Mine was taking hard shoes during hiking :/

#1 happened to me in Honduras. It was getting dark and I totally panicked. Thank goodness the only other traveller on the bus took me under his wing. Those are the times you really learn about the kindness of strangers! Also, next time you're home check our Money Saving Expert for the best credit cards when travelling abroad. I managed to get one that doesn't charge for cash withdrawals :)

Oo yeah, what's that one? I tried to get the Nationwide card that did that but they said they weren't doing it anymore. I still can't believe how lucky I was to meet Mel and Pete – seriously saved my life!

I like your honest posts - nothing is perfect when we travel. My biggest mistake 12 years ago was not booking a hotel in Milan, Italy where I had a 20 hours layover, most of it at night. I spent the whole night in front of the Duomo with my 2 friends... It was crazy, and the time seemed like it had stopped.

Oh god I hate stuff like that. I remember one time me and my ex boyfriend slept in a bush in a roundabout because the accommodation was too expensive in Seville. For some reason we decided it would be the safest spot. Of course I was totally bitten by the time we got out!