Cool International Festivals to Go to Instead of Glasto

No ticket for Glastonbury?

Sucks for you. I’ll be off on my third trip to Glasto come Wednesday 26th June. Very exciting.

I know how it feels to not be one of the chosen ones though. To merely watch from in front of the TV (nice and warm and dry, with a toilet nearby) while 170,000 other people are partying the summer solstice away.

You don’t have to give up on your festival dreams though, there are plenty of other festivals on that Glastonbury weekend (or at least, just the one after) where you can have just as much, if not more, fun, than at the big one.

If you’ve now got an unexpected festival-shaped gap at the end of your June, here are a few Glasto alternatives to try out.

Cool Festivals to Go to Instead of Glasto 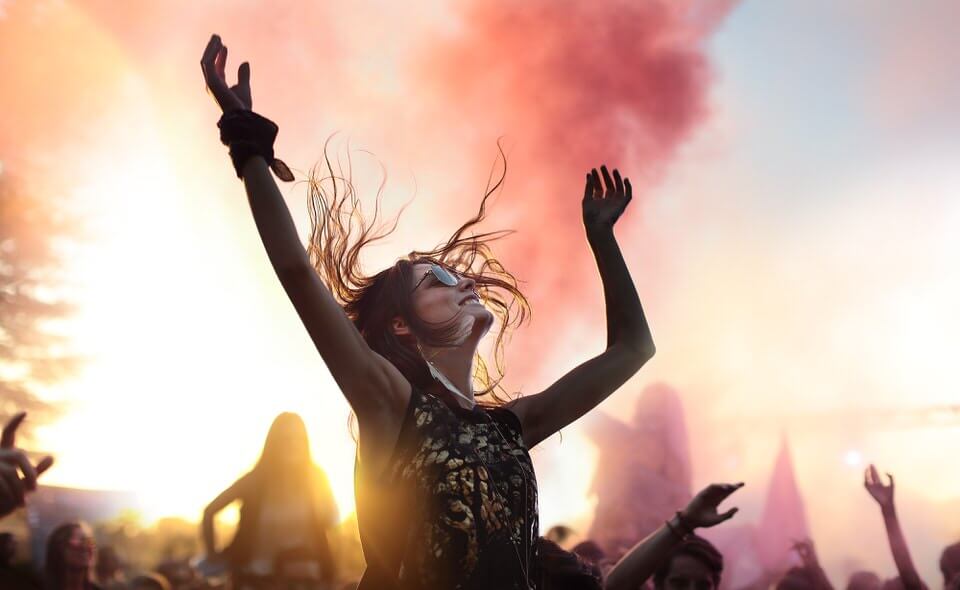 Living up to its name, this festival is a real fusion of different music. Taking place in north eastern Germany in a place called Lärz, this is another four-day festival, but it’s less about hunting down your favourite acts and more about finding some zen.

Tag-lined ‘a holiday communism’, people flock to Fusion for the communal camp to escape the confines of reality and live in a peace, love and music environment for just a few days. Add to that some comedy, theatre and veggie-only food and you’ve got yourself an eclectic line up for a weekend.

Located in a former Russian airfield, its quirky and community feel mean Fusion Festival is often referred to as ‘the Burning Man of Europe’. I really want to go this. Maybe next year?

Since 1971, the small town of Roskilde, west of Copenhagen, has held the largest festival of culture and music in northern Europe.

Founded by two high school students, over the years Roskilde Festival has evolved from a hippie hotspot to a more mainstream affair with acts like Lorde, Foo Fighters and The Wknd performing over the eight days. Keeping some of its 70s roots though, for some the Saturday means shedding the clothes and going for a brisk run around the field. Depending on temperature, this can be one of the most popular parts of the festival.

Move away from the mainstream and consider trying out a bit of metal in your summer. Tuska Open Air is a heavy metal festival that, in 2019, will be celebrating its 21st year of head banging and fist-pumping.

Get in on the action over the last weekend in June in Finland’s capital, Helsinki.

Held in an abandoned power plant, its full on rock theme means you can swap the Glastonbury essentials of raincoats and wellies for black t-shirts and bandanas.

Maybe a bit too hardcore for me, but for you? Give it a go and let me know how you got on! Love International has the whole ‘guaranteed sun’ thing over Glasto, for sure. It’s also cheaper (if we ignore the fact you’ll need to get a flight over there that is).

As well as being a bargain, Love International takes place in Tisno, not too far from Split and Zadar airports, and it has to be one of the most beautiful festival locations. There’s a secluded bay, lush green hills and glistening waters that the festival totally takes advantage of.

Acts like Ben UFO, Black Madonna and Heidi perform on the secret beach, in the sunrise sessions, on an old wooden boat and in an olive grove.

And finally, the event is the brainchild of the guys who set up Wow at Glastonbury. You know it’s going to be good!

Croatia isn’t the only country having a love-in come June. Back in the UK, you can swap what soon becomes swamp-like territory in Glastonbury for a touch of class and civilisation at Love Supreme’s Sussex location.

Held in an Elizabethan manor, this three-day event has all the elegance of Downtown during the day, complete with jazz, funk, blues and soul music but, come evening, there’s a touch of grunge with electronic DJs playing in the drawing rooms.

Only an hour and a half outside of London it makes for an easy one to get to. Bert-Herder began as a local event embracing a chilled-out community vibe void of any commercial giants – we’re talking locally sourced food and a site crafted out of local materials. Despite becoming incredibly popular, it’s still retained that understated ambience and is known as the friendliest festival around.

The unique set up includes underground tunnels, hidden pools, taxidermy workshops, chainsaw carving and a church, so you can praise be for the awesome time we know you’ll have.

2018’s line up had High Contrast, Orbital and Boney M performing over the eight stages and you can generally expect a mix of hip hop, electro, reggae, house and dub in this Ribble Valley location.

Cheap UK Festivals for Under £50

10 Healthiest Festivals in the UK

8 Years of Blogging in 8 Best Moments
← Previous
18 Fun Things to Do in Pokhara, Nepal
Next →
Click here to cancel reply.