Fan of Peaky Blinders are you?

Well, it’s time to visit the location of the TV show, and have a great weekend in Birmingham at the same time.

I’ll confess, I’m not the most up to date on the show, having only seen a few episodes, but I had a great weekend learning more about the real gangs of Birmingham, and how to get out of a Peaky Blinders Escape Room. 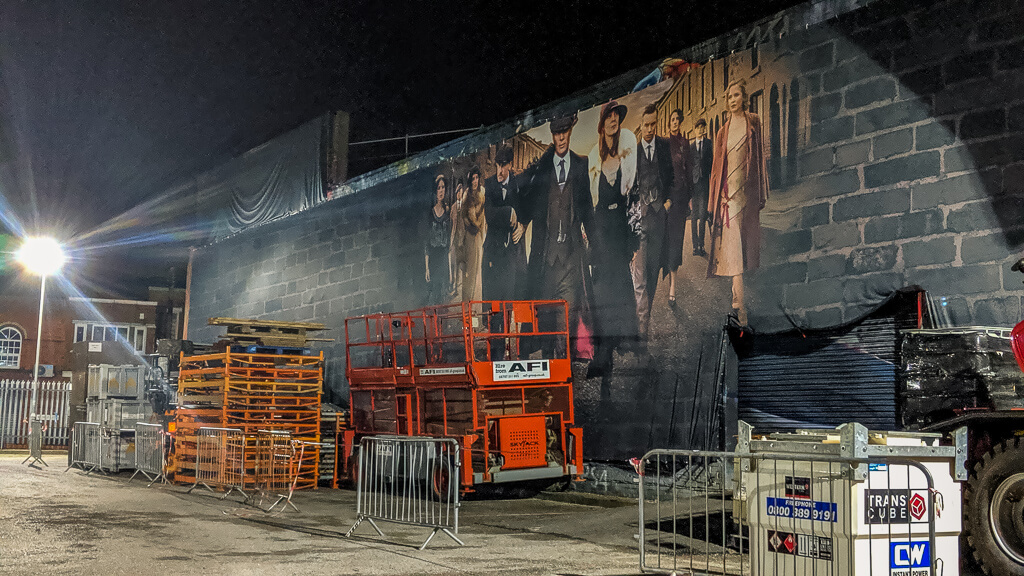 – Post in collaboration with TravelZoo, to promote the top filming locations in the UK

The first thing to do, if you want to follow this Peaky Blinders themed weekend in Birmingham, is to look up when the Carl Chin Peaky tours run. He only runs them one night a week, usually a Thursday, so have a look and choose the best night for you.

Then, you can get planning what else you’ll do in Brum around it.

Day one in Birmingham

Arrive into Birmingham in the day and drop your stuff off at the hotel. You can look round the Bullring Shopping Centre and pick up some treats.

Or try out one of the many restaurants at the Mailbox.

Or pick a few things to do in Birmingham from this list.

Or, just relax and enjoy your hotel facilities. You’ll want to be at The Old Crown on Deritend High Street for 7pm, ready for your Peaky Blinders Tour to start.

I just got an Uber from the hotel (details below) and it didn’t take long, and cost about £5.

Carl Chin MBE is kind of a big deal around Birmingham. When I told my dad who was running it, he knew the name. Carl is often on the news for Birmingham related activities and within a few seconds of meeting him I could see why.

More friendly and welcoming than anyone I’ve met in the past ten years, he beckoned me in to join the (coupley) fun with his strong Brummy accent, and friendly Midlands manner.

Think I was the only solo person in there. Carl’s been writing about the Birmingham gangs since he was at university. And so when the Peaky Blinders craze first began, he was well in his element to be an official commentator and representative. He was passionate. I know I’m using a lot of hyperbole but I’ve never seen someone so visibly passionate.

I was sat right at the front of the pub room, and his booming voice surrounded me. Almost pinned me to the chair actually, unable to move. He explained how his wife wouldn’t watch Peaky Blinders with him as he just shouted at the TV all the time.

So, settled in that pub room, with a glass of red and surrounded by Peaky Blinders fans he regaled us with an in depth look at the real Peaky Blinders. He put to right some of the myths of the show, while telling us more about what went in back in the day in Birmingham.

His vibrant personality made the 90 minutes fly by.

READ MORE: The Most Popular Cable TV Shows of the Last Decade And then we went for a walk around the Digbeth area. He used the locale to highlight the points he’d made, and bring his descriptions to life. We were met by some actual Peaky Blinders (or at least guys dressed up as them). 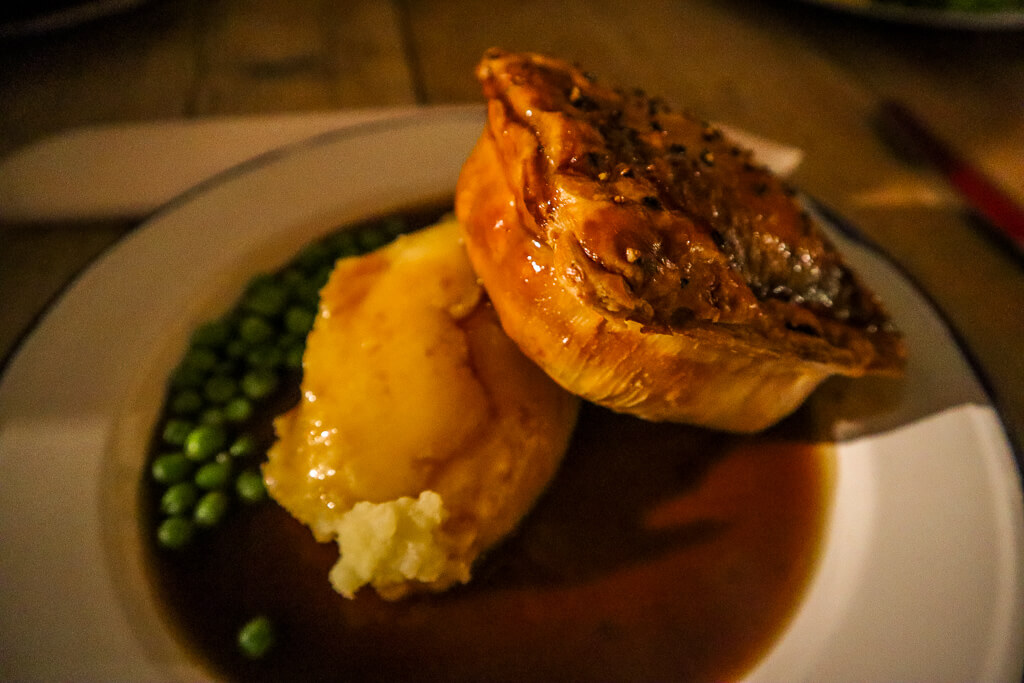 We got back to the pub, and the included dinner was ready. Absolutely delicious pie and mash. SO good. Also, a pint, or a glass of wine, included.

Carl finished the night off with a few more stories of the women of the time (best bit) and if you wanted, you could stick around after to chat.

I left about 10:30pm, back to my wonderful hotel room.

More on travelling in England

16 All-Time Best Restaurants on the Isle of Wight

19 Unique Things to Do in Shoreditch, London

22 Reasons Why I Love Living in Southsea

How to Have the Best 24 Hours in Bristol

How to Have a Brilliant Weekend on the Lincolnshire Coast

Where to stay in Birmingham I stayed at the Hotel Indigo. It was fabulous. Really liked this hotel and had a great night’s sleep. I woke up to an incredible sunrise over my Birmingham vista, before going up to enjoy the rest of it at my complementary breakfast at the Marco Pierre White Restaurant.

You have some amazing options for breakfast if you’re staying at the Hotel Indigo. So good in fact, I had two. Up on the top floor you have the Marco Pierre Restaurant, with incredible 360 views over Birmingham. Lucky for me it was a beautiful day and the view was amazing. I had breakfast included in the room rate, which meant a continental breakfast on the side, and a choice of something hot off the menu.

I went for the sausage sandwich. Those sausages were a DELIGHT. And so many!

If you stay at Hotel Indigo, go up to the breakfast room for the Golden Hour. It was late October and 8:30am when I was up there on a beautifully clear day. The sunlight was pouring in.

Make sure to look in the Veuve Clicquot room while you’re up there too. You can see out to the BBC studios and the canals. Birmingham has more than Venice. Bet you didn’t know that!

Massage at the Hotel Indigo Spa

I had a 30-minute break, and then went to the Hotel Indigo spa for a massage and relaxation. There’s a lovely relaxation area where you can enjoy the cocoons – although some women was relaying her (boring) transport story of the morning, loudly. Ruining the peace and calm for all.

Make sure to bring your swimmers to enjoy the sauna, steam room and pool. The massage was just amazing.

So serene, so soothing, and there was no indication I was in the middle of Birmingham. It was wonderfully relaxing. And I walked out of there in a dreamy, relaxed state, ready for the day. And then, my parents came to meet me and I had to have another breakfast.

We went to Bardolino, just downstairs from the hotel. I’ve actually been to Bardolino in Italy – to the Bardolino Wine Festival. Wasn’t really the same vibes, but I enjoyed watching the canal boats go by.

I had an avocado toast, with a mimosa – perfect fuel for our Peaky Blinders Escape Room!

So, with mum and dad on board to help (having never watched Peaky Blinders), and me, with a few episodes in my mind, we went off to try the new Peaky Blinders Escape Room. We were nervous before. My mum was convinced that we’d be stuck in there forever, telling her friends not to expect her back for Christmas.

I’ve done two escape rooms before, but mum and dad, it was their first time.

Our games master, Daniel, was great. He got us enthused, put our minds at rest, and introduced us to a whole new world of Birmingham in 1919-ish. Obviously I can’t show you any pictures, that would ruin the fun for you when you go. But it was set in a betting shop, and an office in 1919. We needed to find a few things that needed to be hidden from the police and burn them at the end, basically.

Amazingly we managed to get out, with a whole minute to spare and with six clues.

TBH, we all enjoyed it a lot more than we thought we would. I couldn’t believe it was only an hour and the three of us were a good team!

After that, you’re free to enjoy the coffee shops, shops and restaurants as you please in Birmingham. Maybe have a look at that Time Out list again?

We went and sat in a coffee shop to wait for my train, and talk about how great we are at Escape Rooms.

I used to live 30 minutes from Birmingham, on the train. When I was a teenager my friends and I would go in, feeling all grown up looking round the shops and having lunch. I haven’t really been back since. 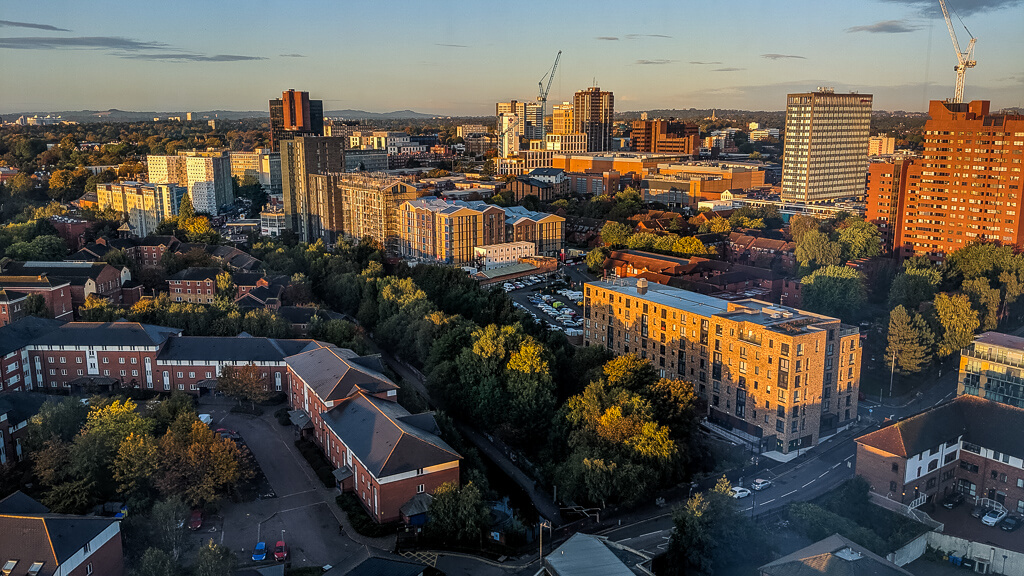 – View from my room

And so this was the perfect opportunity to get a glimpse at how the city has changed in the last 20 years. And with the Peaky Blinders tour, a good look at the history too.

Really enjoyed my trip, and I’m totally inspired to watch a few more episodes of the show!

To book this weekend in Birmingham WHERE TO STAY: Hotel Indigo in the Mailbox.

HOW TO GET AROUND: I was surprised how cheap parking was in Birmingham – just £3 all day in Digbeth! I’d still suggest getting Ubers though. Quite a few people commented how annoying Birmingham is to drive around. I got a train there from Portsmouth at an absolutely extortionate price.

BOOK THE TOUR: You can book the Peaky Blinders tour with Carl Chin here.

I was in Birmingham thanks to TravelZoo. They organised my Peaky Blinders weekend in return for an honest review on my blog. See above!

NEW SITE: I recently launched a brand new website dedicated entirely to days out in England.

It’s packed full of local knowledge, awesome things to do, and more.

Check it out here – you’re guaranteed to learn more about England! 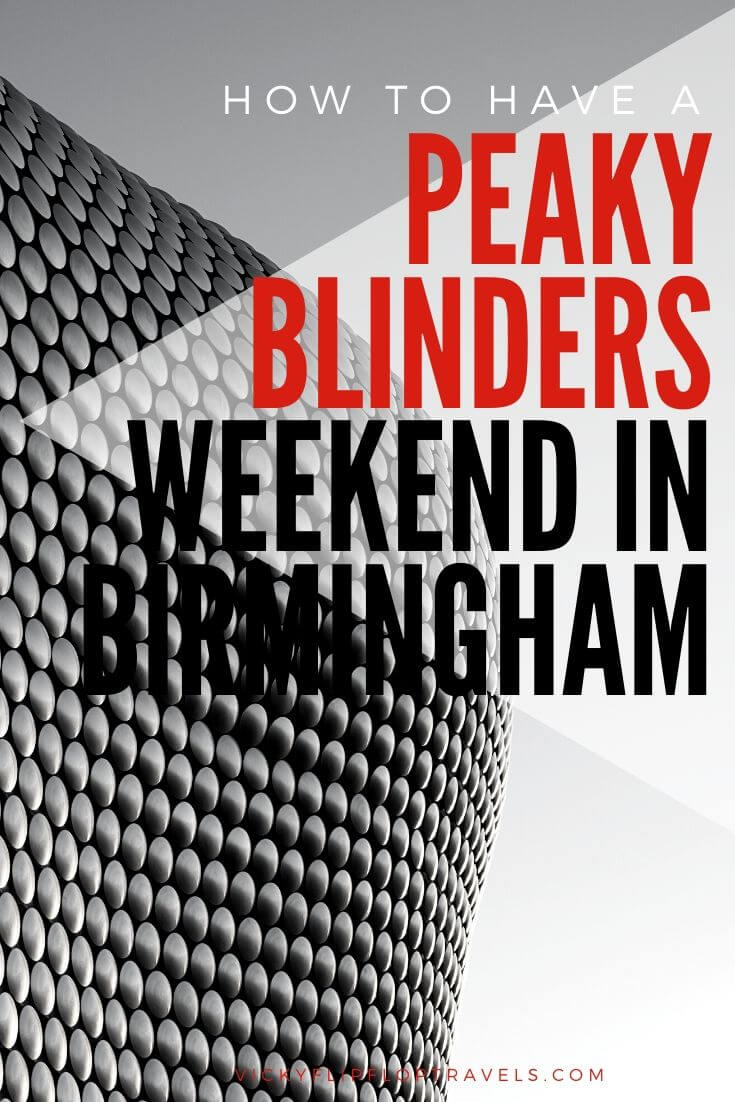 More on travel in England

Unique Things to Do on the Isle of Wight

A Weekend Road Trip in the Mendip Hills

How to Have 24 Hours in Bath