It’s time to start planning your summer festival season. Line ups are filling my news feeds and I just want to go to them all, but like anything, got to be selective with these things. European festivals are a good shout – the weather is usually better, they feel more like a holiday and there are some awesome festivals going on over there. 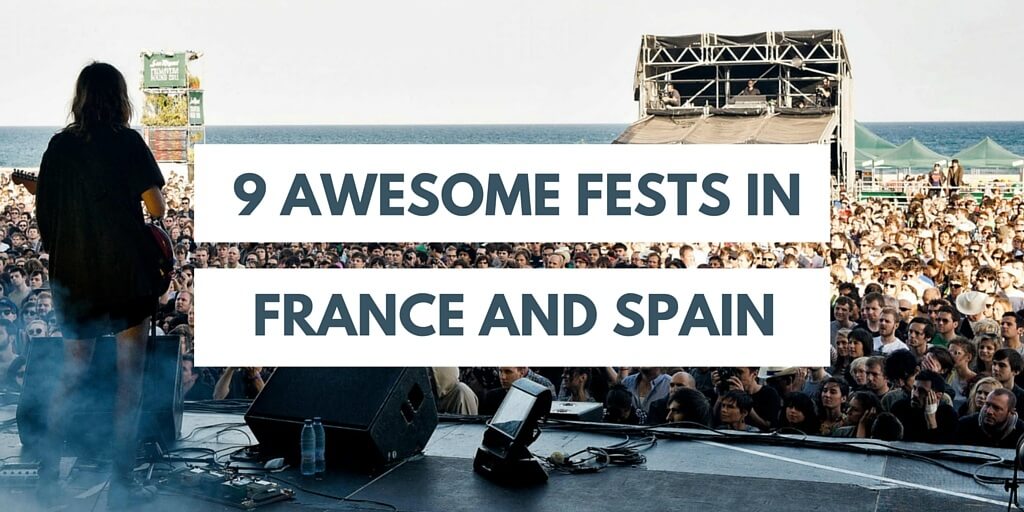 Even if you just focus on France and Spain, a quick hop over the Channel on the ferry you’ll find yourself spoilt for choice. So assuming either Spain or France (or both!) have made it onto your radar for this year, here’s a quick rundown of just a handful of the very best music festivals over there worth checking out. 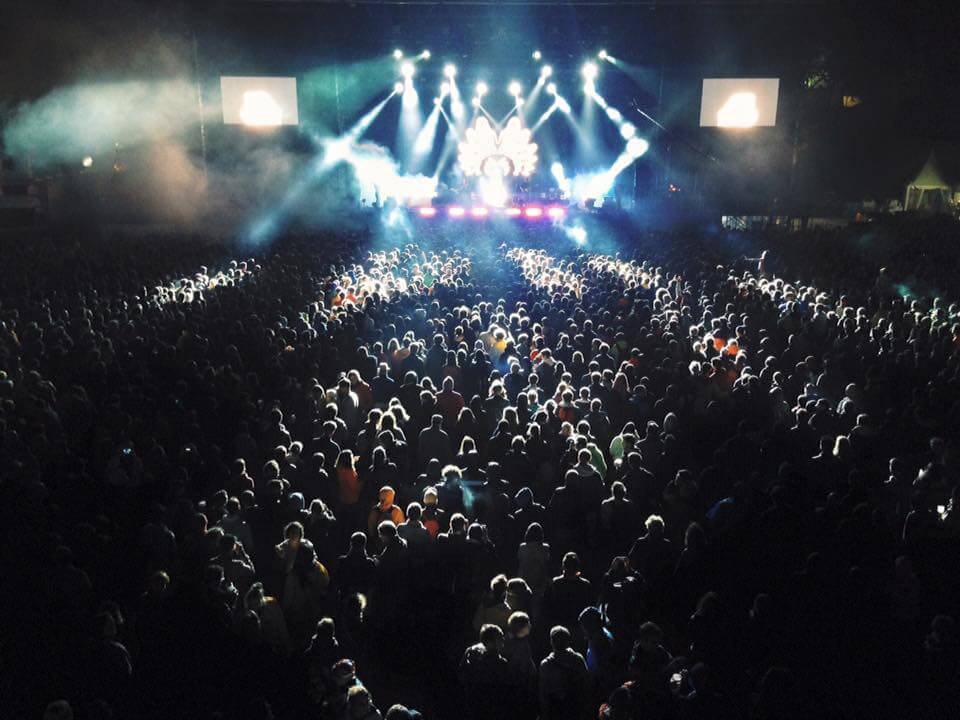 A staple of the European festival calendar for anyone with a taste for great music, Route de Rock kicks the season off in spectacular style in February. Having recently celebrated an incredible 25 years on the scene, the 2016 lineup and event in general are once again shaping up to be simply awesome. The setting is stunning and the action is always epic – a show not to be missed!

Just a few of the confirmed acts to date include Flavien Berger, Villagers, Kevin Morby, Hookworms, C Duncan, Jerusalem in My Heart, Drame, Les Gordon and many more.

Getting to Saint-Malo from the UK is easy with Brittany Ferries who run a ferry service from Portsmouth to Saint-Malo. It’s also one of the best places to go camping in France if you want to extend your trip! 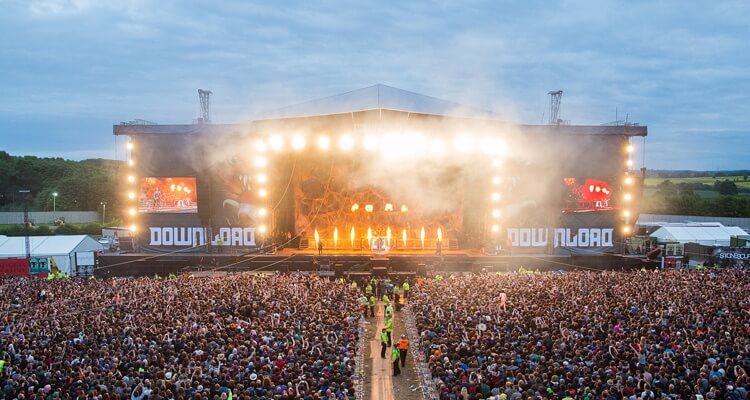 For those on the lookout for something a bit heavier, Download has been getting bigger every year for over a decade now. Bringing together the most iconic and exciting hard rock, heavy metal and thrash bands from all over the world, Download has become the highlight of the annual events calendar for rock fans. And once again, the lineup for 2016 looks to be perfect for rock fans, or my 13-year-old self. An important Spanish rock festival with a global reputation, Azkena will celebrate its 15th year on the scene in 2016 with a stellar line-up of top international artists. Famed for taking a step away from the more commercial acts to focus on underground and alternative music, Azkena succeeds in attracting an extremely diverse crowd. Les Vielles Charrues has the feeling of an incredible secret the locals don’t want to share. It’s enormously popular and successful, but despite its proximity to the UK often goes overlooked by international crowds. Go, you could be the first of anyone you know. I’m definitely tempted.

The line-up for this year is taking shape and there are loads more acts to be announced – confirmed acts include: Editors, Pixies, Lana Del Rey and The Libertines. 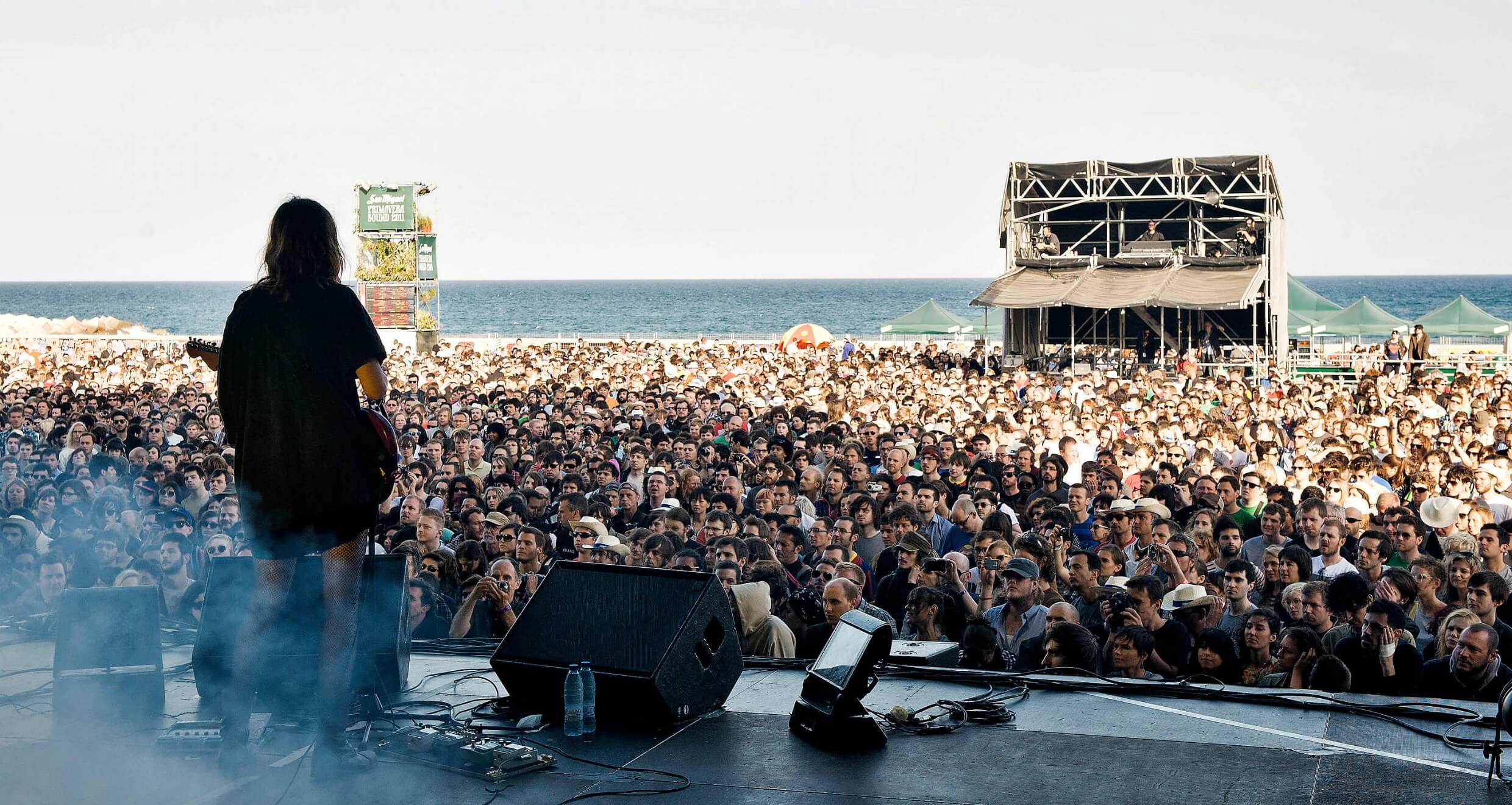 Once again set to take place just 6km from the heart of Barcelona at the stunning Parc del Fòrum, Primavera Sound never fails to pull in a seriously discerning party crowd. A brilliant festival held primarily as a celebration to independent music, new artists and everything eclectic, the backdrop for Primavera Sound is every bit as awe-inspiring as the festival itself!

Primavera Sound is top of my list for festivals for 2017 – I’ll miss it this year as I’ll be in the USA. 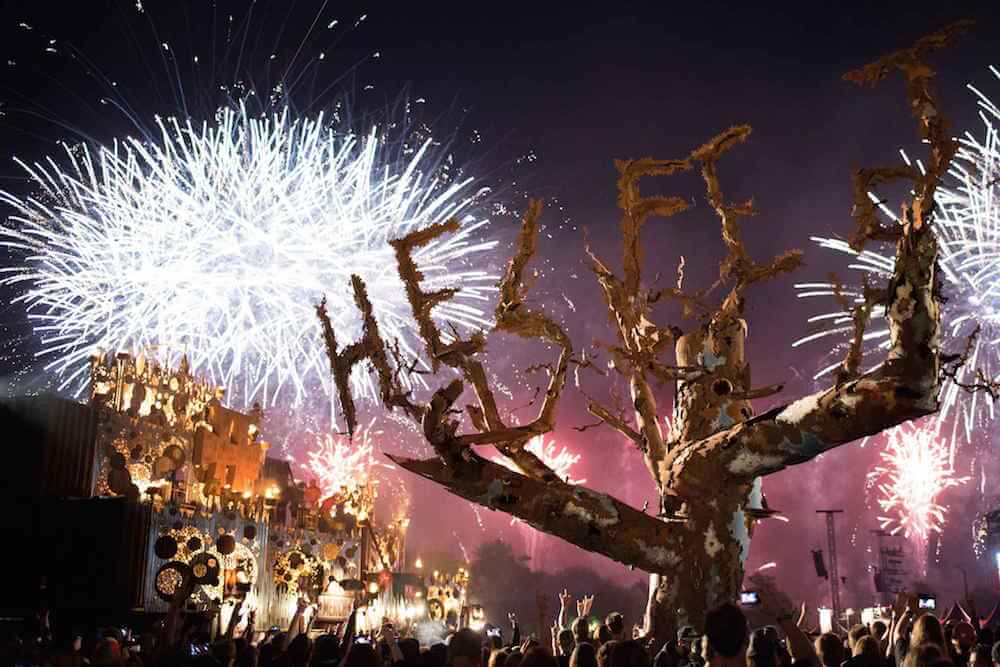 With a name like this you know it’s not going to be a festival of easy listening / refined classical music! Instead, Hellfest gives Download a run for its money with a dream lineup for metal fans. Once again, the list of confirmed artists reads like a who’s who of the hottest rock and metal acts of the past few decades. I’d love to see The Offspring live, maybe not the rest of them though.

Just a handful of the headline acts confirmed for Hellfest 2016 include: Anthrax, Atreyu, Black Sabbath, Bring Me The Horizon, Bullet For My Valentine, Disturbed, Halestorm, Korn, Megadeth, Rammstein, Slayer, The Offspring and Volbeat. There’s nothing like an injection of serious pop, rock, punk and dance music to transform a sleepy market square into the party to end all parties. And that’s pretty much the annual standard at France’s Main Square Festival, which for 2016 returns with a serious wallop! Now in its twelfth year, Main Square has earned a monstrous reputation for both the quality of the acts it attracts and the uniquely diverse nature of the crowd. Needless to say, good times guaranteed for all! Bilbao BBK Live was a lot of fun when I went in 2015. It had a cool line up, an incredible view from its privileged plot right at the top of Kobetamendi Hill, and was small enough to see the same people as you walked around but big enough to have an awesome atmosphere. And with Bilbao itself just a short bus-ride away, why not throw a little more culture into your trip? Last but not least, the annual Festival Internacional de Benicàssim is widely regarded as quite simply the number-one music festival not only in Spain, but in the whole of Europe. Famed for its air of hedonism and granting revellers the unique opportunity to combine beach bumming with world-class music from an eclectic bill of artists, it’s hard to imagine a summer music festival that ticks all the right boxes quite like Benicàssim. It’s hot, it’s heavy and it guarantees the experience of a lifetime!

Ever been to a festival in Spain or France?

Loads isn't there! The more festivals you know about I swear the more you find. There's SO many to see and do in France and Spain it's kind of overwhelming. BBK was definitely cool last year!

Wow, didn't know there were so many great music festivals in France and Spain, great article. Bilbao BBK Live has really got me interested, great lineup and easy to get to by plane or ferry from UK. thanks :)