No one said Oktoberfest would be cheap. It’s one of the biggest festivals in the world, held in Europe and there’s a lot of premium priced alcohol involved, so some would say Oktoberfest was pretty damn expensive.

Here’s a breakdown of what you can expect to spend at Oktoberfest so you can work out how many euros you’ll need to whack on the old credit card.

Looking like a traditional Bravarian is such an important part of Oktoberfest. So many people dress up and I figure if you’ve spent all that money coming across, you might as well pay a little extra to look the part. There are shops all round the main Habtbahnhof Station selling hundreds of different styles of dress – you can’t miss them – and apparently they’re the cheapest too. This is where I got my dress from. 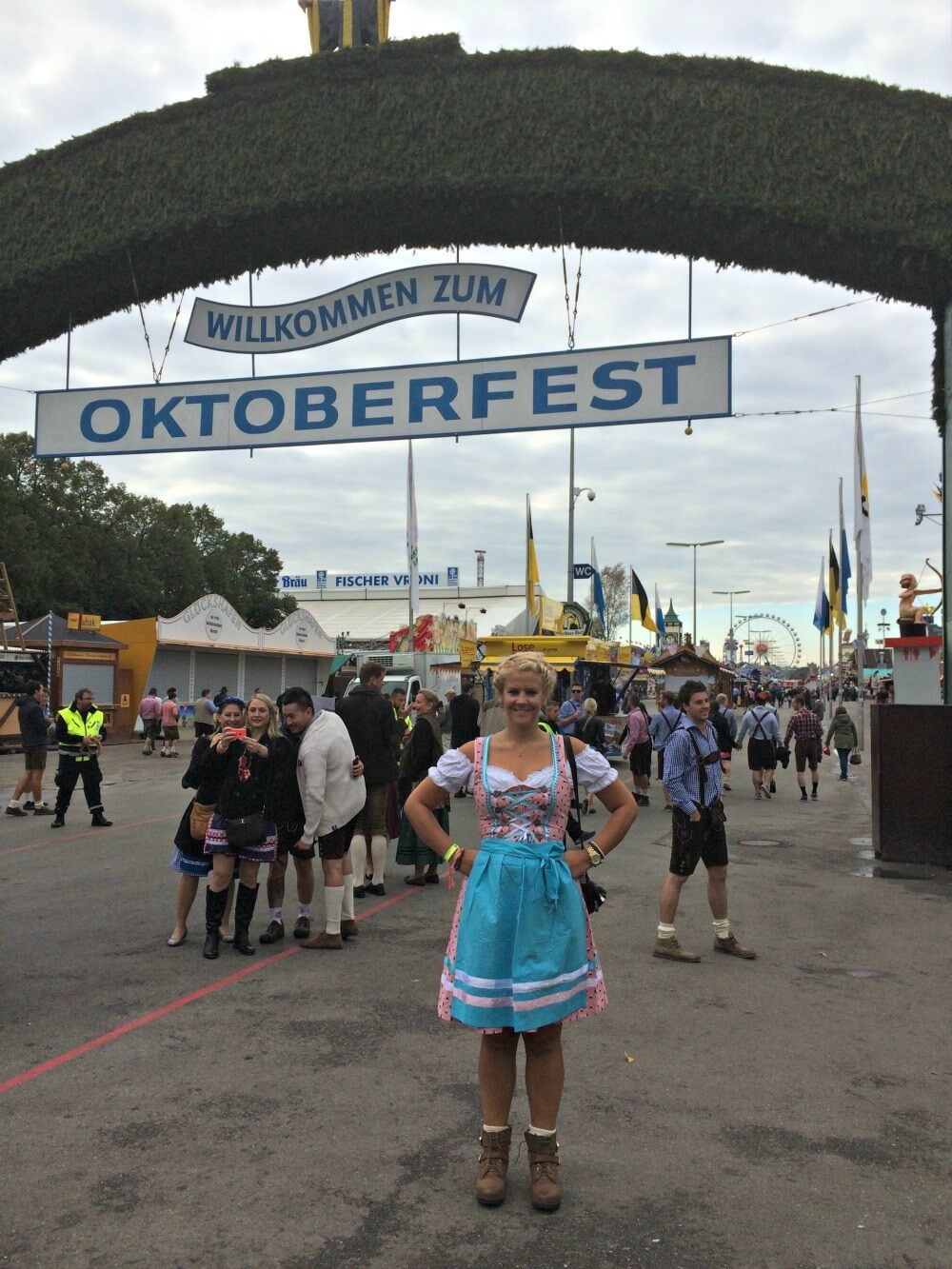 Girls can pick up a dress from €15 and a blouse from €20. Some shops offer them together in a deal, just make sure you know what the price they’re quoting is for. The cheapest I saw was €29.99 all in outside the station, while the most expensive ran into hundreds. You’ll also need some closed toe shoes – mainly because of the inevitable broken glass, but also because it’s cold and you need sturdy shoes for dancing on the tables.

As for the boys, it’s pretty straight forward with a red or blue checked shirt and then some leather lederhosen. Unfortunately for you it’s also a lot more expensive as they start at about €70. You can get some cheaper imitation ones, but they looked really shit.

Food and drink at Oktoberfest The traditional fare for Oktoberfest is beer, obviously, and pork knuckle. The idea of the pork knuckle didn’t do it for me but in the Lowenbrau tent there were plenty of other options and I had sausage and sauerkraut instead. Some of the tents seemed more expensive than others when it came to food. For example, I went to the Café Kaiserschmarrn, which is a smaller tent with a bakery theme (that doesn’t serve beer!) and had a Flammkuchen (like a small, thin crust pizza) which was around €15. Yikes. I never really understood the tipping. Beers are from €10.10 to €10.75. Someone told me you’re meant to pay €15 for the first beers, €14 for the second and then €12 but I don’t know where they got that from. I ended up just feeling bad and stingey and so giving €15 but then resenting it. Make sure you have lots of coins so you can give €12. Those waitresses work hard, but jeez, they must make a lot of money. 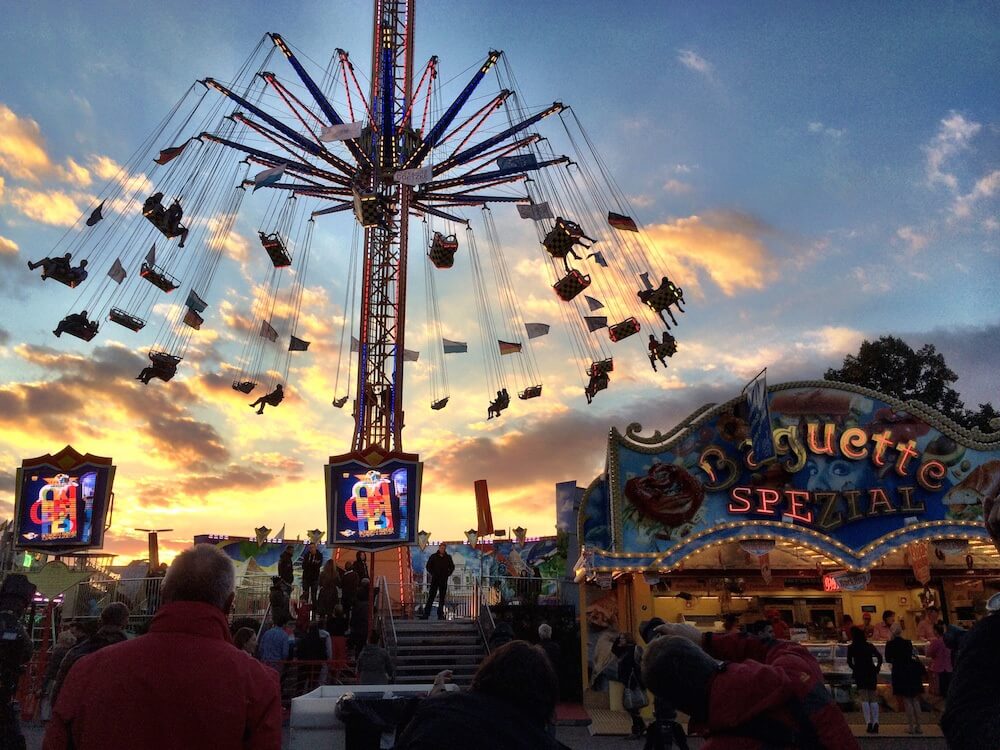 Check out my post on Oktoberfest accommodation for more on what that’s going to cost you, and where to stay. I also had a bit of an unnecessary blowout on carnival rides, which I regretted as soon as I woke up the next day. Then the accommodation on top, mine all included a free breakfast, oh and the €65 on my outfit.

Do you know what though? It was worth every penny.