The Isle of Wight is a great choice for music lovers looking for some beach action in the UK. Visiting is kind of like going abroad, because you have to traverse the water to get to it, but you don’t need your passport and can take just 10 minutes from the mainland of England. 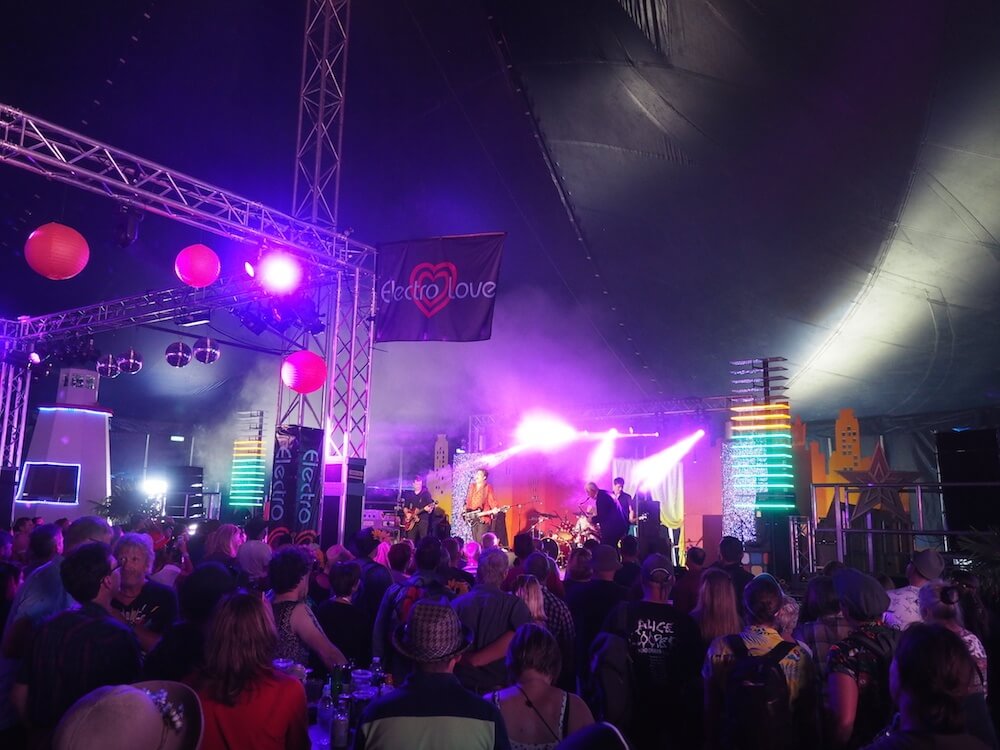 There are so many festivals on the Isle of Wight, year round, and lots of unique spaces for gigs and music performances dotted around the island too. Before just recently I’d only ever been to the island for Bestival, twice, but since my Isle of Wight enlightenment I realise that the island is worth a lot more than just a quick visit for a festival.

Music on the Isle of Wight

Can’t mention the Isle of Wight’s music without pointing out that the island was home to one of the biggest festivals, ever, with the infamous 1970 Isle of Wight Festival. The Who, Joni Mitchell, Jimi Hendrix et al performed in front of around 700,000 people, making it even bigger than Woodstock. Some people were right in the festival, others were just sitting close enough to Afton Down to be able to listen, but with so many people flooding an island of just 100,000, safety forced the festival to shut down. For 32 years. In 2002 it came back, as we know it today, and as I experienced it this year. I went to the Isle of Wight Festival in 2017 to see Rod Stewart perform and to see the festival. Check out my review to see what to expect.

Music venues on the Isle of Wight

Newport is the Isle of Wight’s biggest town and where you’ll find most of the music venues – there’ll be something on most nights of the week. The Quay Arts Centre has monthly jazz nights from local artists, the Medina Theatre holds larger concerts, while the new Strings Bar and Venue promises more chart name acts and opened with Clean Cut Kid – just to give you an idea of the kind of music they have. 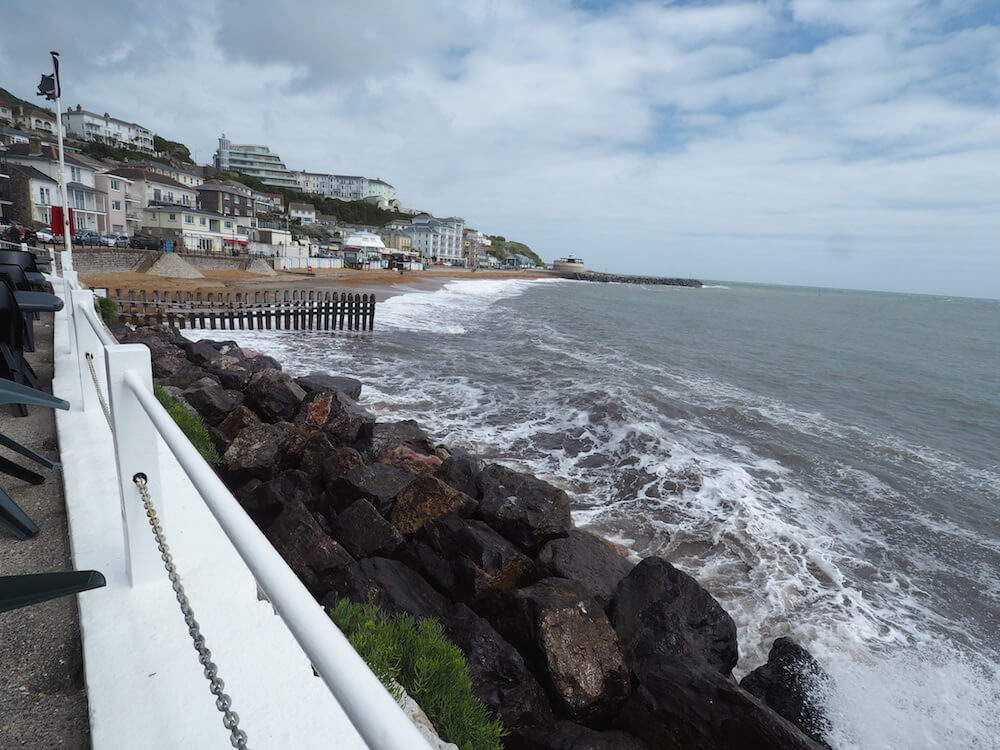 I really liked the Ventnor Exchange in Ventnor though, and would definitely recommend you go and check it out. They have a good vinyl collection and an epic range of beers to try. The old post office operates as a creative arts hub, but is also open every night and weekend for drinks and live music. Also in Ventnor the Spyglass Inn has live music most days and is carved into the cliff edge. It’s kind of pirate themed and has plenty of outdoor space too, whether there’s music on or not I’d definitely recommend you to go and see it. And any Take That fans out there – don’t leave without visiting Sandown Beach, the location of Take That’s ‘I Found Heaven’ video. From what I’ve read the lads were a bit gutted to be filming on the Isle of Wight, but when you see the beach you’d never know it was in the UK!

Biggest festivals on the Isle of Wight 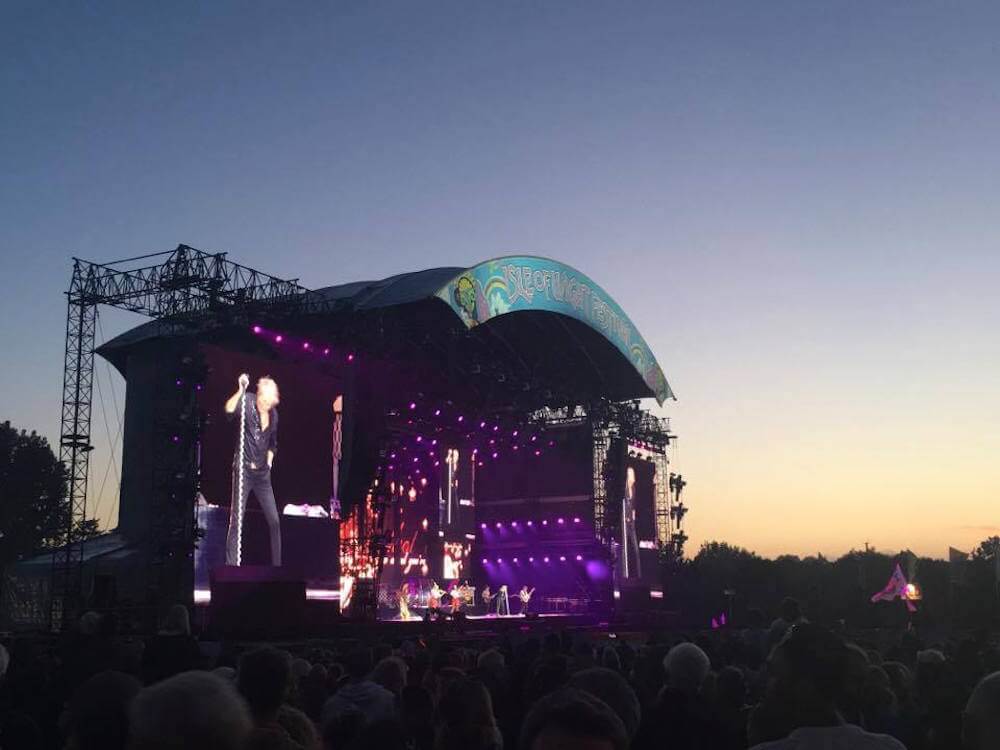 Unfortunately Bestival has now left the island, but there are plenty more festivals to travel over for. I’m planning on visiting August’s Ventnor Fringe. It was set up by a group of teenage friends back in 2010, and now welcomes around 400 artists and 4000 visitors. I met with one of the founding members, Jack Whitewood and his enthusiasm for it totally rubbed off on me. They’ve carefully curated a showcase of artists from the island, and abroad, to perform in the town’s many unique spaces. From roof tops to launderettes to local shops, the festival spaces are not confined to a normal stage. As well as the arts it sounds like a great opportunity to see the secret side of Ventnor too.

The V-Dub Island Festival sounds pretty cool too, although I don’t have a V-Dub. There’s a dress up theme every year, a cooking competition, over 80 bands and DJs, and the surf is most definitely up. Every Saturday all the V-Dubs go for a drive in the beautiful rolling hills of the Isle of Wight.

Where to stay on the Isle of Wight 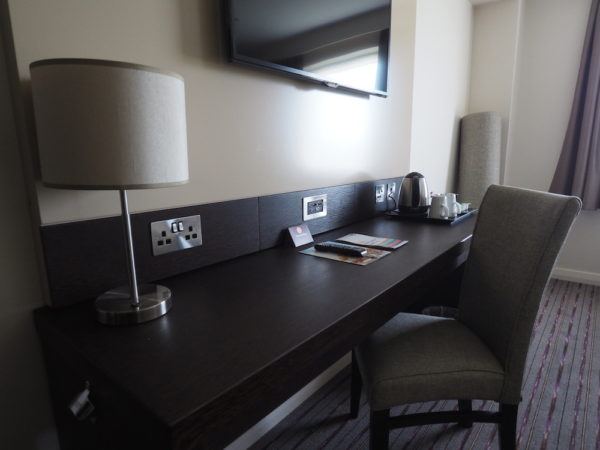 If you’re planning on visiting for the Isle of Wight Festival, book the Premier Inn Newport ASAP – it’s just a minute’s walk away from the grounds. Good way to get away with not camping! Otherwise, the Premier Inn at Sandown (pictured) is only 30 minutes away from the Ventnor Exchange by bus, or a 20-minute drive (perfect for the Ventnor Fringe Festival). I rode the bus halfway and then took the opportunity to walk the beautiful sands from Shanklin Beach to Sandown Beach, and back up to the hotel via the coastal path. An amazing location year round, although, possibly best in the summer if you’re interested in sunbathing on the beaches.

Couldn’t fault my Sandown Premier Inn experience. Comfy bed, huge room, super friendly staff and they even had crumpets and Marmite at breakfast, as well as all the usual offerings of a huge Full English too. I drove here, but had to give my hire car back so ended up leaving on the little train that goes from just up the road at ‘Lake’. It chugged along all the way to the hovercraft port to get back to Southsea. Super efficient!

If you’d rather check out some of the glamping options on the Isle of Wight, then take a look at my blog post.

I’ve written about my top 5 places for a music-themed break in the UK for Premier Inn – take a look at premierinn.com/festival-breaks.

How to get to the Isle of Wight

When I went to the Isle of Wight Festival I travelled by hovercraft with HoverTravel. You can jump on it from Southsea, over to Ryde, and it takes 10 minutes and usually costs around £22.50, although there are deals available.

Or, you can travel by Red Funnel. Go from Southampton to East Cowes from £9.70 for foot passengers or £22 for a vehicle and it takes 1 hour. I travelled over via Red Funnel when I went to see Osborne House.

Or try WightLink from Portsmouth to Fishbourne, which takes 45 minutes from £90 return for a car, or £21 on foot.

Another music thing to do on the Isle of Wight Tapnell Farm, the site of the original Isle of Wight Festival, now houses the Isle of Wight Festival Music Show, a great way to learn more about their festival past. Up at the farm you’ll also find animals and adventure sports to pump that adrenaline. If you do go up to the farm to visit, I’d definitely recommend you try out the farm’s burger bar, Cow Co. Huge burgers made with fresh, local meat and in a cool venue too.

More on the Isle of Wight

My Day on the Isle of Wight: With Queen Vix, the Railway and a Beach